A Damsel in Progress: in conversation with Disenchanted star Gabriella Baldacchino. 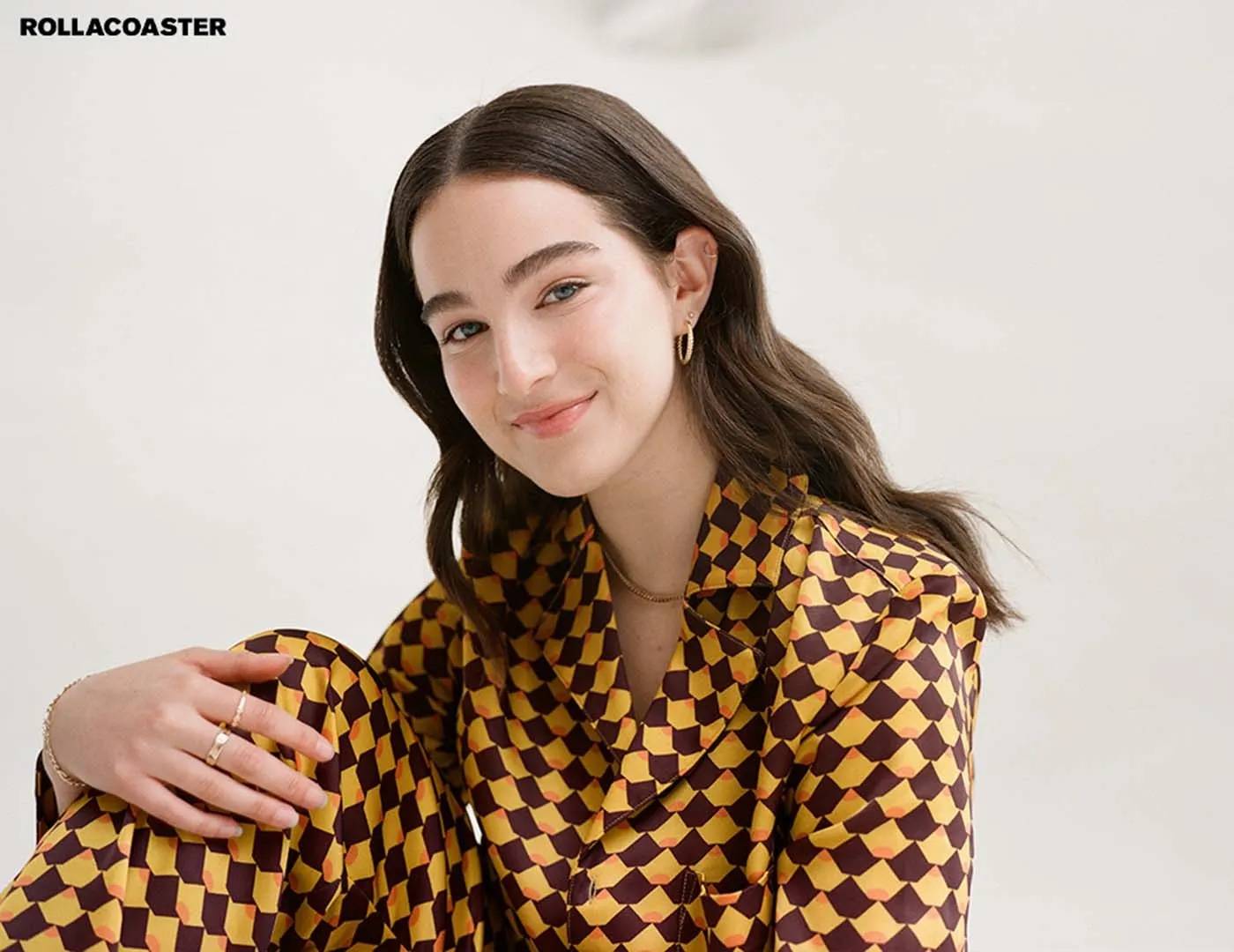 Gabriella Baldacchino’s day began with her best friend blasting theEnchanted soundtrack to the max in their Hollywood Hotel, the only plausible way to get in the spirit for theDisenchanted premiere happening in just a matter of hours. “They all flew out from the East Coast and they got in late last night so I got to spend some time with them and my best friend, who flew in from NYU, and some of my friends from USC, so we're all just kind of starting to feel the excitement.” In tandem with her on-screen character, Baldacchino recounts her morning as if it were a fairytale, only in the busy, smog-filled city of Los Angeles: Picking a dress with her stylist (or a fairy godmother?) for the premiere (or ball?), surrounded by her trusty companions. "I think I'm treasuring every single moment of the next few days because it's really all starting to happen. And this is something that I've been dreaming about for my entire life, something that I never could have possibly imagined, it's definitely difficult to process. All of a sudden, it just kind of hits you, and when it does, it's overwhelming but in the best way possible". 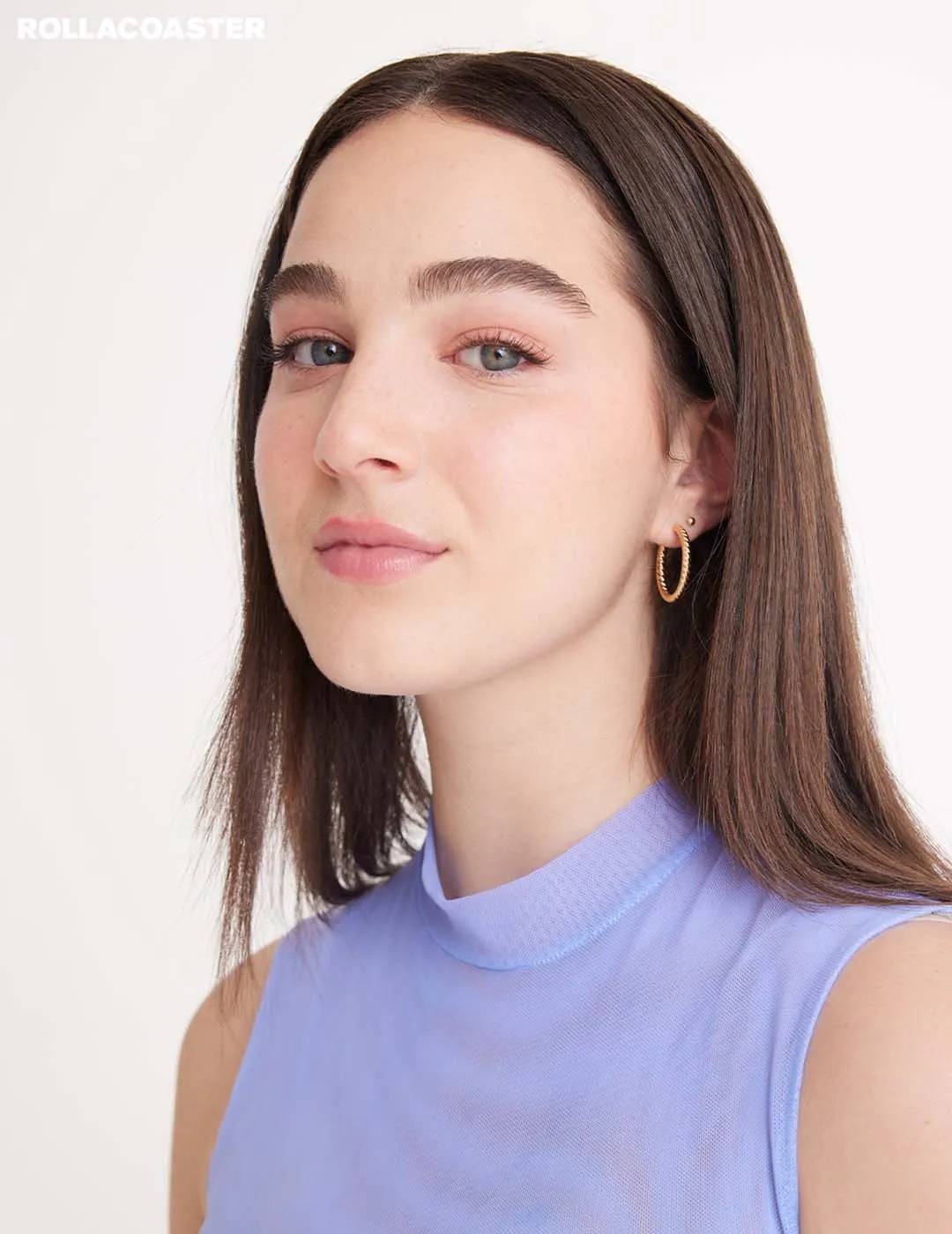 Starring as Morgan inDisenchanted – the sequel to Disney’s revisionist fairy taleEnchanted – Baldacchino’s character finds herself catapulted into the suburbs of New York City, with an otherworldly princess as stepmother giving her pep talks in the form of musical skits. As the actor herself spent a significant amount of her life between New York City and its neighbouring outskirts, I wonder what impact the city has had on her and, consequently, on Morgan's character building. "It shaped me tremendously, I have such a love for New York City and it has such a special place in my heart. It really helped me delineate how Morgan felt when she was taken away from the city and moved to the suburbs. It's almost like a part of you is taken away, because New York is such a state of mind.".

A fervent supporter of the theatre community, Baldacchino grew up doing musical theatre, begging her mother to let her pursue it professionally after being cast in Broadway'sA Christmas Storyafter signing with the CESD Talent Agency. "Theatre was my first love and it will always be. But it naturally transitioned into a love for film acting and television, where my focus is right now. Yet there's something so special about musicals and musical theatre. Especially when given the ability to get to tell a story through song, music can express so much — more than words can ever say". 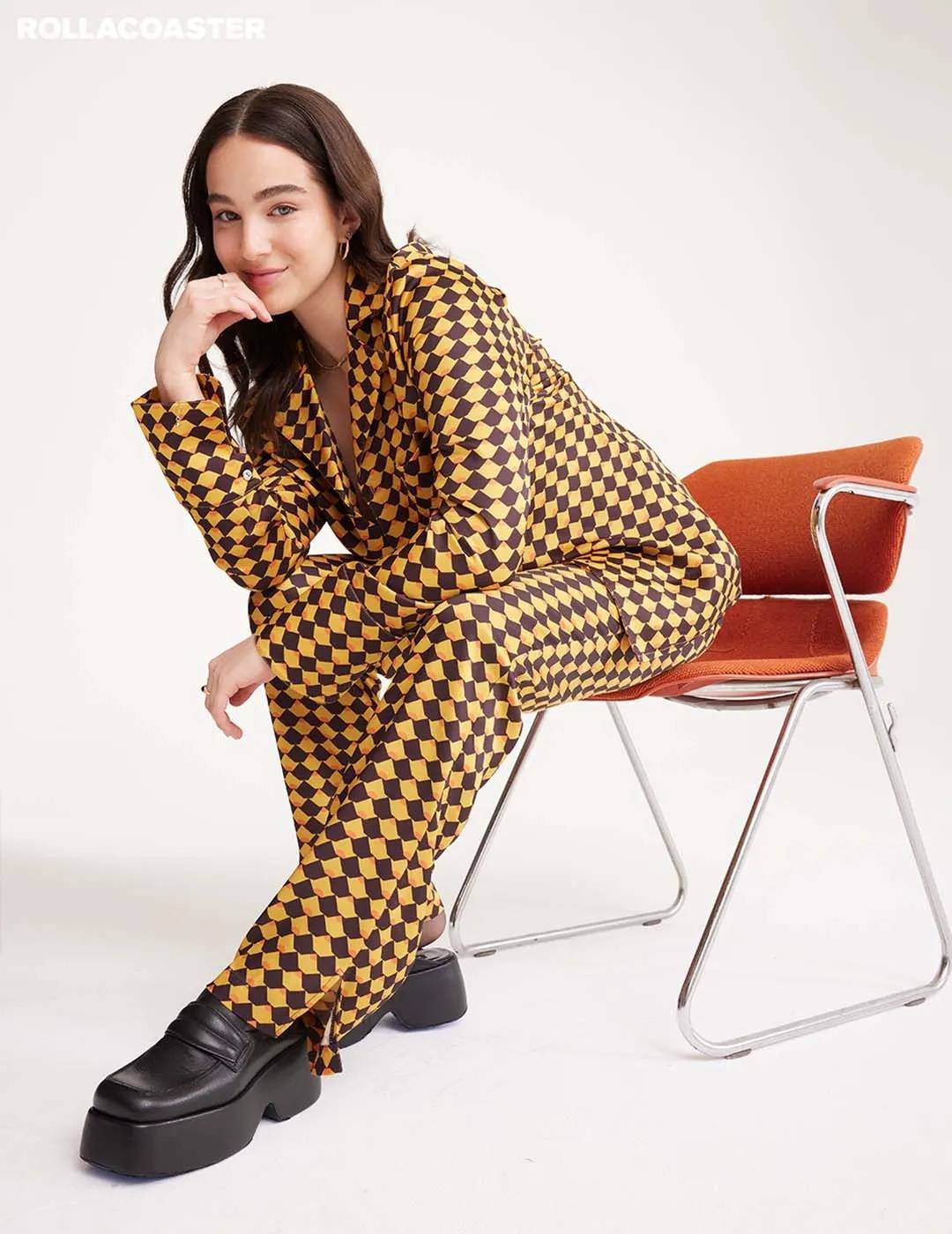 While sharing hilarious details of Amy Adams' punctuation-to-emoji texting ratio on the cast's group chat, Baldacchino elaborates on how the off-screen relationship with herDisenchantedco-workers developed. "Working with Amy Adams was a true masterclass in acting, you learn so much just from the quiet moments, from watching and taking it all in." She recalls the day she had an intimate heart-to-heart conversation with the actor when filming in Ireland, which solidified their bond into a tangible friendship beyond their on-set relationship. "It was when working with Idina Menzel that I felt that ‘pinch-me’ moment,” Baldacchino clarifies. "She is the one that got me into performing. I got to see her playWicked in the West End in London after she left Broadway. Little me was completely in awe and thinking, ‘Oh my gosh, this is what I want to do!’ I'm so grateful I just got taken right into their world even though they had this pre-existing relationship together from theEnchanted universe. I felt like part of the family right away".

Fittingly, family is one ofDisenchanted's leitmotifs, tackling the touchy theme of a parent-child relationship, adolescence's growing pains and the trope of the wicked stepmother. We question whether it's inevitable to lean into teenage angst when young and where it comes from. However, Baldacchino admits she was never necessarily the rebellious teenager. Although being "big on the sarcasm", any conflict with her family has always been resolved through talking (unlike the parental figures of her movie counterpart, who prefer breaking into a song-and-dance routine to settle an argument), never affecting their strong emotional bond. 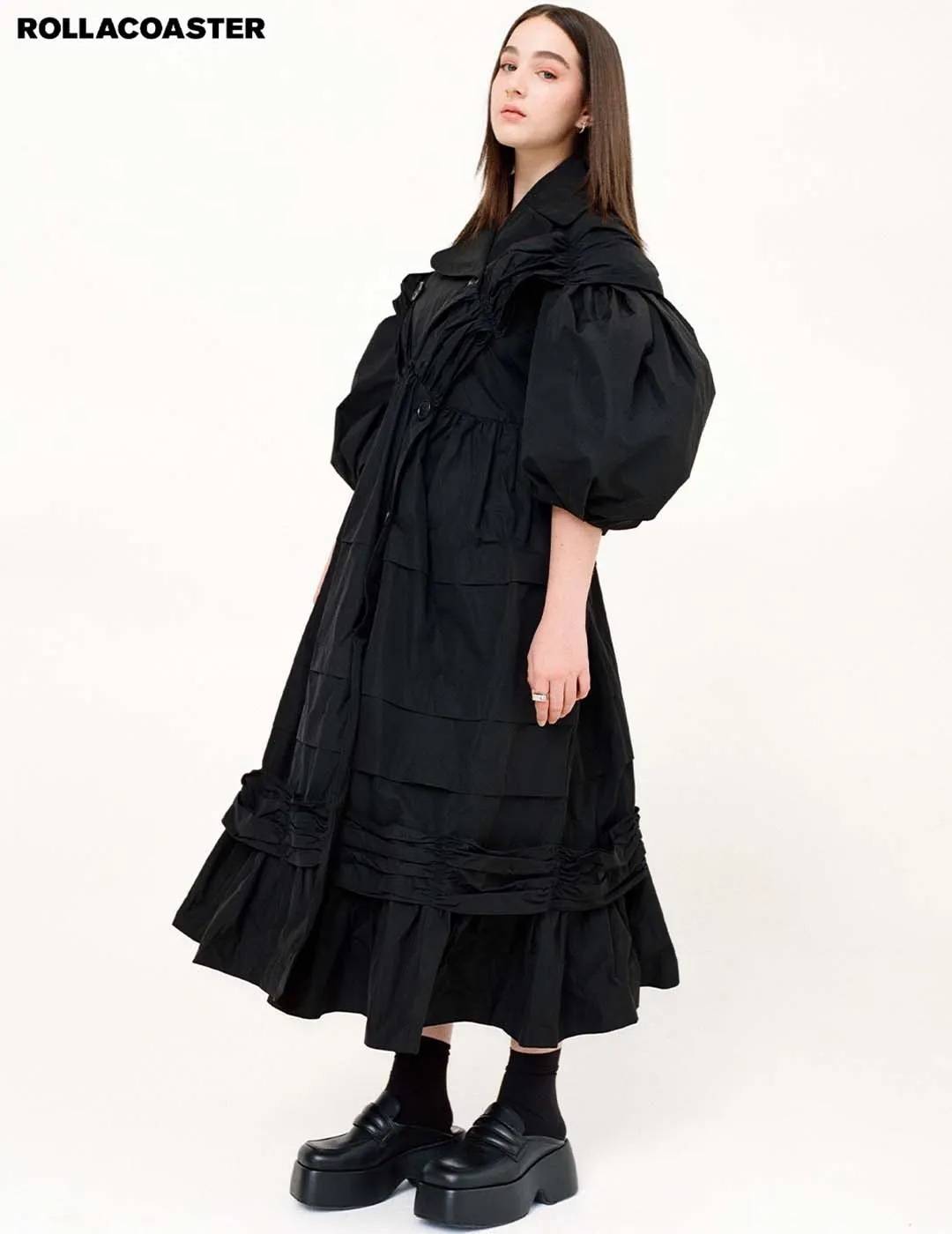 Not only was taking a role inDisenchanted life-changing for Baldacchino but also an all-encompassing full circle moment. The actor, who is soon to turn 21 at the time of our conversation, recalls howEnchantedhit the theatres one day after her sixth birthday, watching it with her family to celebrate. “15 years later here I am, about to celebrate my 21st by getting to attend the premiere of theEnchanted sequel, as a part of it.”

Growing up, Baldacchino tells me she wanted to be a Formula 1 race-car driver, but she also loved playing dress-up in princess costumes, a funny dichotomy that immediately makes us think of Princess Peach fromMario Kart, swerving doughnuts in a bright pink motorcar. Video game digressions aside, Baldacchino stresses that she sat in between the fairytale tropes little girls tend to lean towards at a tender age without necessarily identifying with it. "I think my love for Disney movies centred around the adventure of the movies, which is why I think films such asTangled andBrave are two of my favourite Disney movies. I've always gravitated towards following the protagonists who are so brave, adventurous and driven by their circumstances to almost make a difference, but my inner child is always going to be in love with the classic Disney princesses". 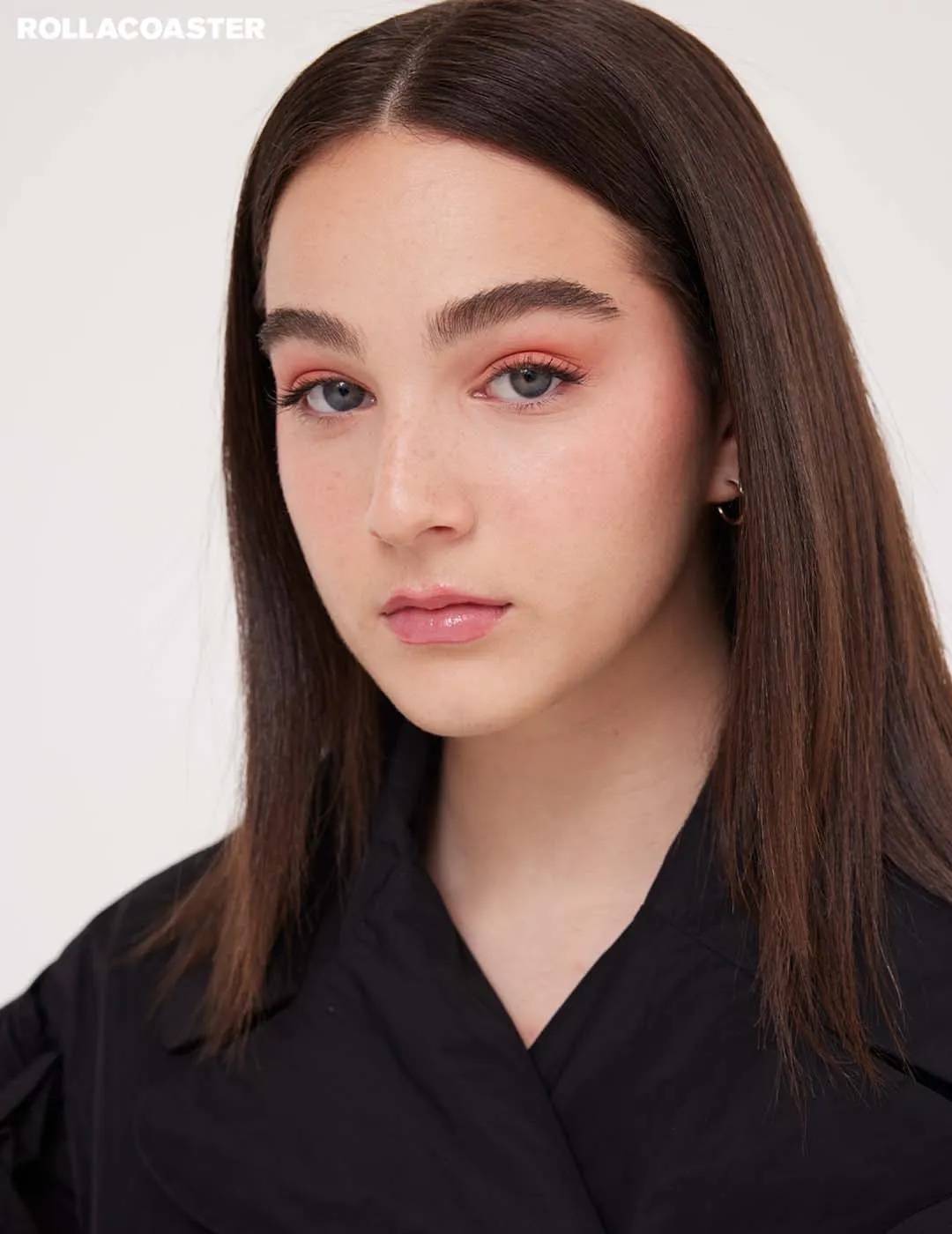 Having now played inDisenchanted, Baldacchino gives an insight into how the princess trope has evolved into a full-bodied protagonist who saves and is not to be saved. "Morgan isn't technically a princess, but she steps into that fairytale trope. We get to see her be a hero and tell the story that princesses can save the day as well. You know, they aren't just the ones to be rescued, and you can kind of write your own story. I love that we're kind of leaning into that narrative".

As her career is blossoming, Baldacchino is ambitious and interested in pushing her artistic boundaries: singing, playing bass guitar, producing and taking up more dramatic and grounded roles in acting. Attending the film program at USC, she explains how she would enjoy taking a creative lead behind the camera from a producing standpoint and starting a production company — also thanks to the incredible mentorship she received when working on such a professional, star-packed set. 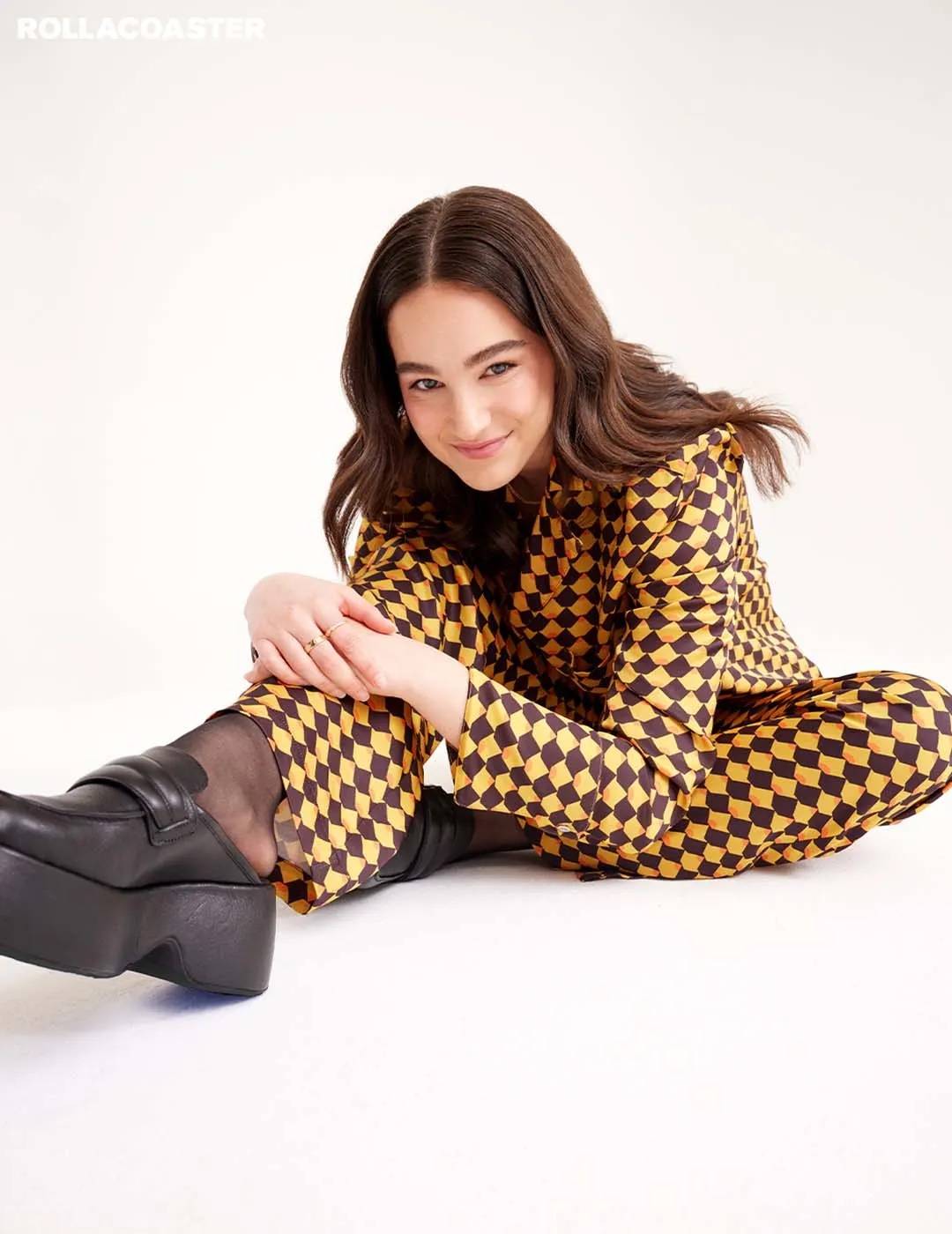 In light of Baldacchino's dazzling debut, the question that closes our conversation regards her future. "For 2023, I just want to urge myself to do whatever I want and go for it. Seriously, this is our time to do things, to make mistakes, to take a risk and not be afraid to fall on our faces, you know, because you can get right back up".

Like Cinderella's clock striking midnight, we are nudged to wrap up our overrun Zoom call. We exchange goodbyes and good lucks, right before Baldacchino gets ready for her "Once Upon a Time". 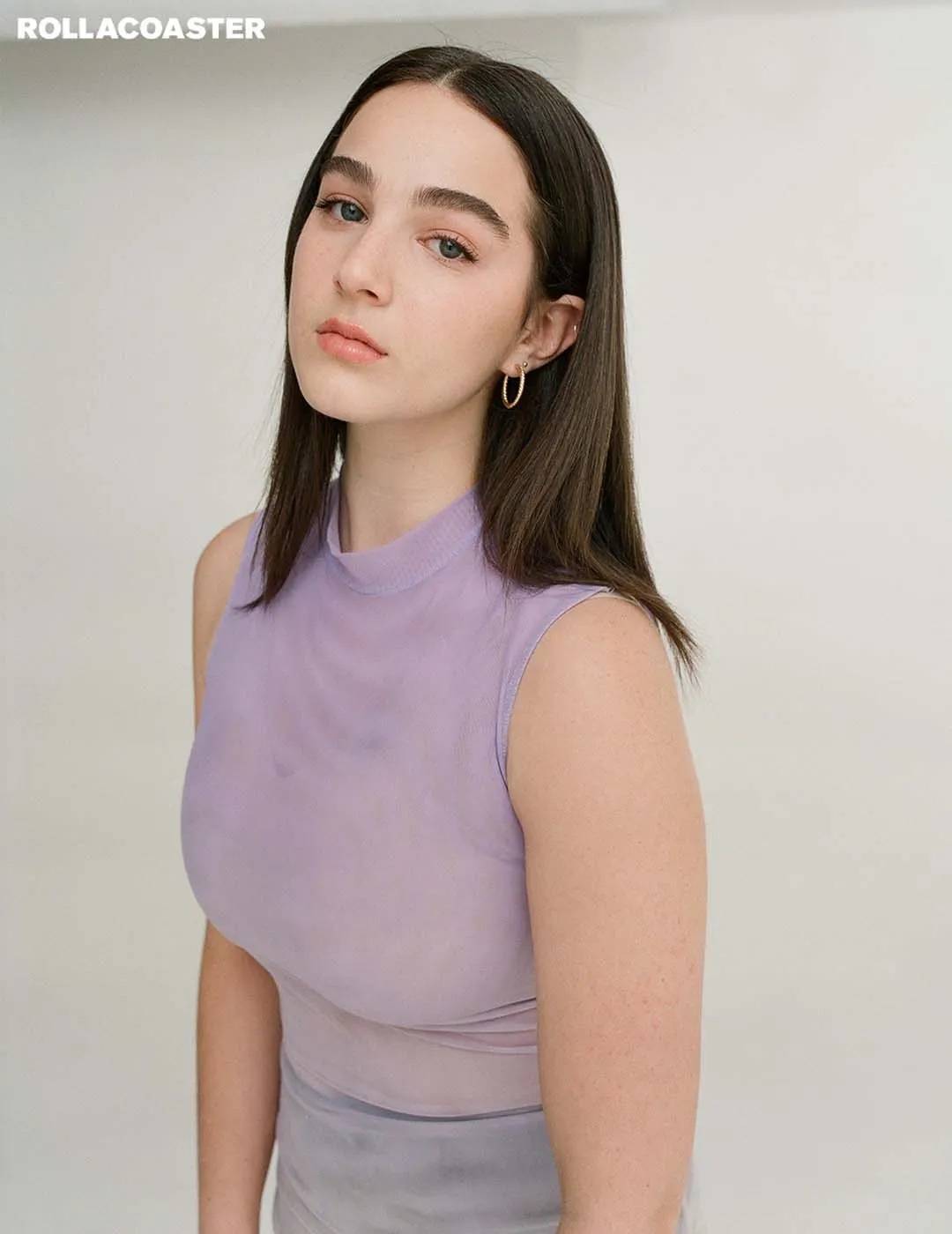 Makeup by Kendal Fedail at The Wall Group

Special thanks to MSA studios

Building a career from his bedroom, Elliot Horne champions the power of confronting emotion.

Tia Lee looks to reinstate her place in the C-Pop sphere with new single, “Goodbye Princess”.