Celestial Skies makes a powerful debut with the release of his charming album, Songs for Blue Romantics. 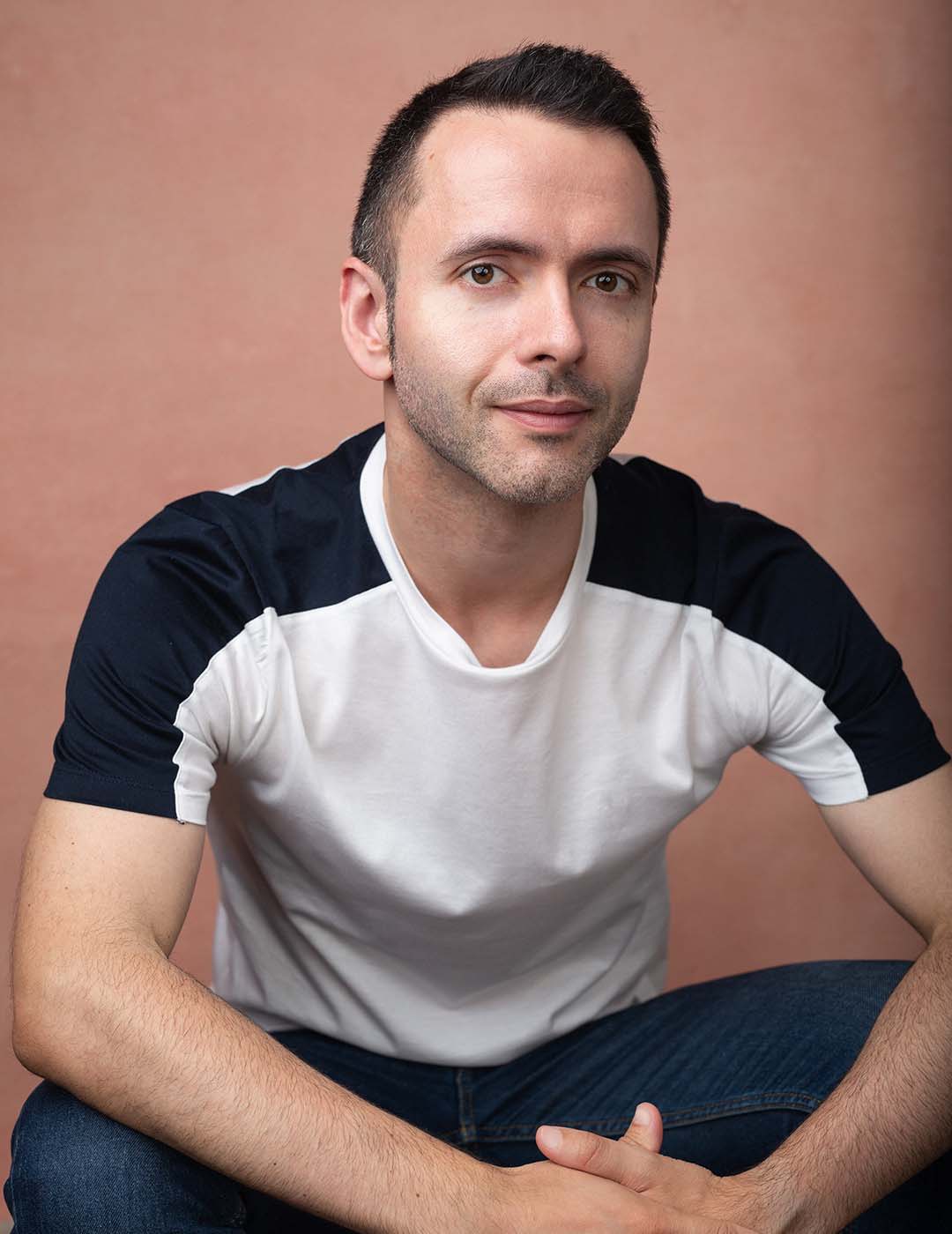 If anything could have the power to pull us out of our weekday slump and set us charging into the weekend, it is no doubt the debut album from the queer-pop artist, Celestial Skies. Featuring ten nostalgia-driven tracks, Songs for Blue Romantics does exactly what it says on the package. Delving into the tumultuous emotions experienced when riding the waves of love, relationships and friendships.

Though the effort marks Celestial Skies’ - otherwise known as Chris Selman - debut, the album is by no means a work-in-process. From the upbeat melody of “The Collector” to the piano-led “Modern Romance”, the artist seamlessly demonstrates his ability to juxtapose hard-hitting narratives with insatiably catching tunes — a quality that makes his sad-but-happy all the more enjoyable.

“All these songs were recorded during a three-week period in September 2021 - while we subsequently did some additional work on mixing and mastering the tracks after that date, we actually finished recording the album a full year ago.” Says Chris. “It’s exciting to finally be able to share all the songs after a whole year! I wanted to make sure everything was just right, the artwork, the music videos, the team - I think we’re finally good to go.”

Also unveiling the music video for the accompanying single “Forget Me Not”, the sugar-sweet sentiments of Celestial Skies’ soundscape are brought to fruition, capturing the ultimate meet-cute between two unsuspecting individuals who find love.

To celebrate the release of his work, we sat with the artist to discuss the making of the album and what is next to come. Head below for the full interview now…

Hey Celestial Skies! How are you today?

Slightly sleep-deprived but otherwise good. Excited for the album to be coming out!

Where am I speaking to you from?

Coming to you live from Hornsey in north London! I’d love to tell you how amazing my flat is, but I just live in a generic shoebox like everyone else in London...

What was the first thing you thought about when you woke up this morning?

This is probably the most rock ’n’ roll answer you’ll ever hear, I’m sure: my first thought was, do I even have anything in for breakfast? I’ve been so busy recently I haven’t done a grocery shop in forever.

And how has this past year been for you? Do you have any particular highlights?

Lots of highlights! One of my favourite moments was back in May, road-testing some of these new songs live. I did an intimate five-song set at the Above the Stag theatre in Vauxhall showcasing material from the album and it was really well-received, which as a performer is just the best feeling.

Let’s get into your music… what first sparked the interest? What’s your earliest memory of music?

Oh - where to begin? I guess growing up I was surrounded by music, both my parents played guitar and there was a piano in the house. I’ve been playing musical instruments since I was maybe 7 or 8 years old and haven’t stopped. My older brother was really into music and we’d go to gigs together when I was a teenager. Then I played in bands through college and university so… this has all been going on a fair while now!

If you had to describe your sound in one word, what would it be?

Queer! In all senses of the word - I’m gay and some of the lyrics explore that, but also the music is kinda different, alternative.

Congratulations on the release of your debut album, Songs for Blue Romantics! What made you divide that now was the time to unveil it?

That’s a tricky one - is there ever really a perfect time? I’d originally planned to release the album earlier this year, but then held back as I wanted to do a couple of teaser singles first, do some shows, make some music videos, make sure the artwork was all ready… now just kinda feels right.

Talk me through the writing process. What was your mindset like while creating this effort?

Okay so the songs on the album kinda fall into one of two camps - some of these songs are older ones that I wrote a while ago, pre-pandemic, that I wasn’t sure I quite got right the first time around. So I spent a while in lockdown revisiting them, rewriting some lyrics, updating the arrangements, until I was happy with them. Conversely, some of these songs are completely brand new ones that I wrote while I was bored during the long lockdowns. I wanted a creative outlet and also to keep my mind active! My mindset while creating this record… well, like I guess most people were at the time, I was bored and frustrated by the whole lockdown thing. Of course I get why it was necessary but it was a tough time. I just wanted to do something, to make something, I felt like I needed to channel all this free time into something worthwhile like I wanted to have something to show for it at the end!

Are there any particular themes that run all the way through it?

Generally I write about real experiences - either that have happened to me, or things I’ve seen or read about, or that people have told me about. Lots of songwriters write about love and loss - and while I deal with them too, I try not to dwell on either too much, and I also like to mix it up a bit - there’s a fair bit of social commentary on the album. Most of my songs are storytelling songs, I find these so much more interesting to listen to, I feel compelled to listen right through to the end to see how it all turns out. Songs like ’The Lost Art Of Conversation’ or ‘Modern Romance’ - these have a very definite story arc.

And it comes with the leading single, “Modern Romance”. What spurred you on to tell this story? Was it inspired by a personal event?

Yes, it was actually written a little while ago about being in a long-distance relationship. It explores those feelings of loneliness and isolation, and also the frustration and the suspicion that can creep in. It talks about having to make do with phone calls and video calls, and acknowledging that they’re just not half as good as actually seeing someone you love in real life - I guess a lot of people will be able to relate to that sentiment following the pandemic. But it’s also quite an upbeat and fun little pop bop - I was conscious that I didn’t want to make the whole thing too miserable!

What do you hope people can take from your music?

I want people to enjoy these songs and I want them to feel uplifted. I’m aware that some of the tracks are a little melancholy - the lyrics are often bittersweet - but I also think there’s a cautious sense of optimism pervading the album. The narrative represents quite a realistic outlook on life: acknowledging that things will go wrong, not everything will go to plan, but that there are always opportunities for improvement, we just have to look out for them and take them.

What do you hope to achieve next?

I haven’t really thought much beyond the album coming out! It’s taken a full year to get to this point and I’m just happy to get these songs out so people can hear them. I’ve been writing music for years so there’s plenty more if there’s appetite for a second album, but I think over the coming months I’m just going to promote this one so as many people as possible can hear it… and hopefully enjoy it!

And finally, what’s one interesting fact about yourself that I wouldn’t be able to find on a press release?

When I was a kid I actually used to be really great at chess, I played at county level. Again, I’m sure that’s the most rock ’n’ roll answer you’ve ever been given here!