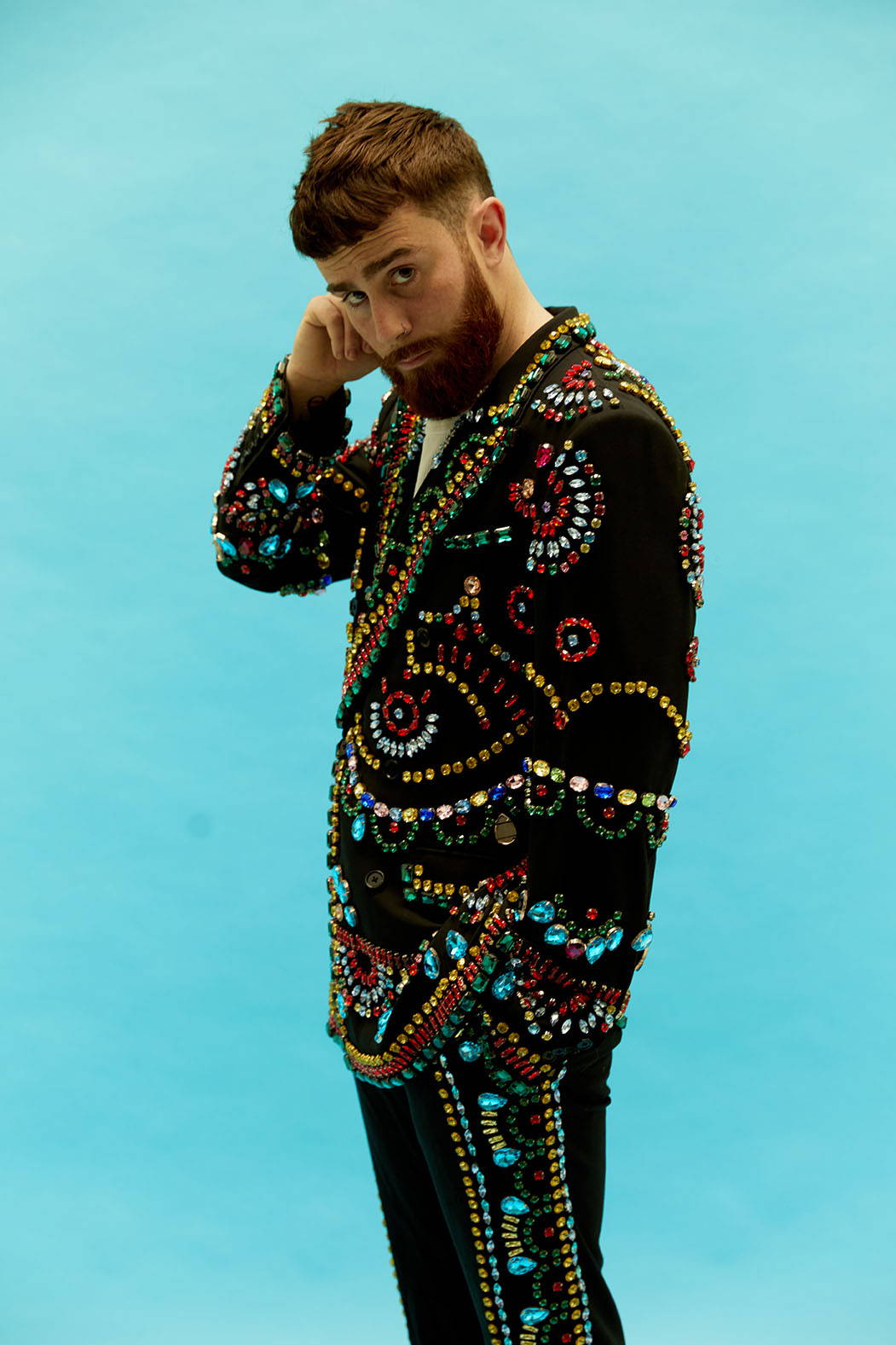 Sam Tompkins is an introspective and compelling musician, who manages to capture and evoke the emotions we all feel, yet can’t always quite put into words.

As a songwriter, Tompkins is generous with the stories he wishes to share, inviting listeners into a unique musical world where he lays bare all his hopes, dreams, anxieties and fears. His intensely personal lyrics have secured him great critical acclaim, and garnered high praise from stars like Sir Elton John, Bastille and Justin Bieber.
Sam Tompkins sat down with Rollacoaster to talk about the inspiration behind his new EP Who Do You Pray To?, the therapeutic nature of songwriting, and what it was like to meet his teenage hero. 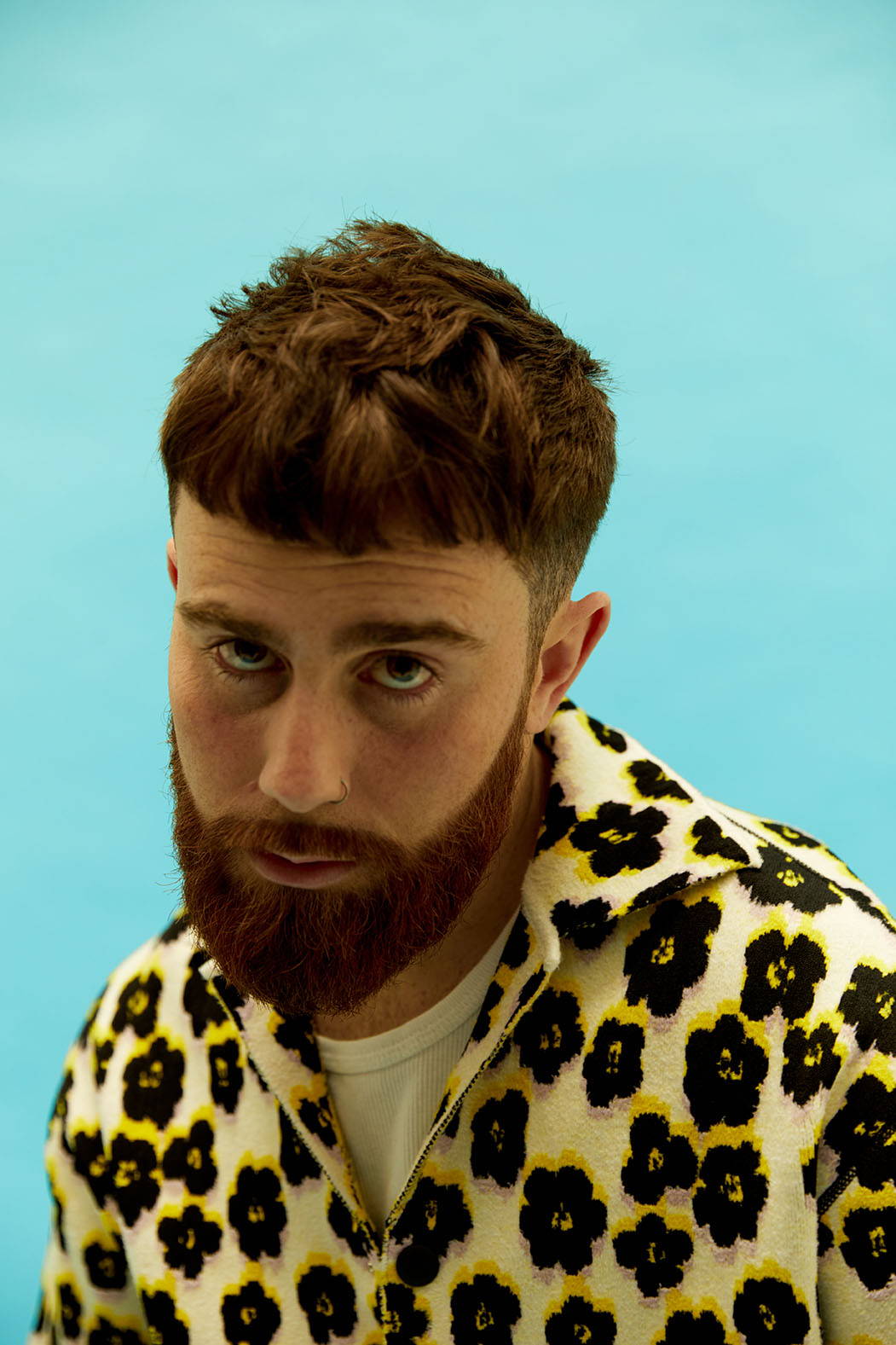 How has 2022 been treating you so far?
Up and down I’d say, a lot of good stuff happening, but a lot of stressful stuff as well. I feel like as you progress in a career in music, or any career, the more successful you become, the bigger the hurdles become that you have to jump over, but overall I’m feeling positive!
At the start of your career, you built up your profile through busking. Was that a challenging time for you, or did you find success quite quickly?
I started when I was sixteen because I couldn’t afford a hat in a shop and my mates were like, “Just go sing on the street”. I was like, “Alright I’ll do it!” So, I made the money for the hat and then I started going every week and I found it very successful for money reasons. I couldn’t play the guitar at the time and I didn’t have an amp either, you could only hear me when you were within earshot of me, so I wasn’t really able to draw crowds. I took a little break from busking and then went back to it when I was about twenty and then that’s when I really discovered who I was, what my gift was and what my prose was as a singer.
Your most recent single “Hero”, has a deeply personal story behind it. Can you tell us about the inspiration behind that particular song?
When I was growing up my dad went through quite a traumatic time with his mental health and I didn’t really know about it until I was older. For a long period of time in my teenage years, I didn’t see eye-to-eye with him and we fell out and I lost communication with him for a long time. I got older and then went through my own stuff and got told about what was going on with my dad when I was younger. It all came to a head and I wrote the song for his birthday when we were getting back into being close again. It’s basically all about how you think parents have it all fucking sorted and figured out, and as you get older your realise we’re all just kids. They’re all just kids who grew up with no fucking clue what they’re doing.
Your new EPWho Do You Pray To? is out in March. Where did the inspiration for this particular group of songs come from?
It was the end of 2020 which was one of the worst years of our lives. At the end of the year I usually get quite reflective and quite low because I think about all the down points of the year, and this year for me there were a lot more low points than usual. I thought to myself, as someone who’s always been an atheist, “I wonder what it would have been like to experience this year, but as someone with faith”. It actually made me quite envious of people who have that. So I guess my project is about that lust within me now, about having something to help me in my time of need and resonate with me and that’s what the songs are about. “Who Do You Pray To?” rounds it all up, it’s a collection of songs that scream out into the void and declare that I’m not okay and need better coping mechanisms. It’s basically a biographical tale of 2020 for me.
Do you see music as a coping mechanism for yourself?
One hundred percent. I wouldn’t have been able to get through half the things I’ve needed to get through without music, it’s a very cathartic and therapeutic process for me. I actually think it’s something that could help everyone, because you should always try and write down your feelings, and my feelings are always written down in song.
Have the past two years helped your creativity, or did you find yourself in a creative limbo?
It’s funny you say that, because it helped my creativity by putting me in limbo. Before lockdown, I’d write songs slightly less and my writer’s blocks would be a lot longer because I’d be really in my head about things. In lockdown, it forced me to reflect and to think about the fact that the reason I can’t write is because I need to live my life. If COVID has taught me one thing, it’s that living your life is the most important thing, especially as a songwriter, as you’d have nothing to write about otherwise. I definitely came to terms with my creative process in lockdown, which was a good thing because I needed to recharge.
You have a lot of famous admirers, with Justin Bieber being a huge standout. How did it feel when he reached out to you?
Very surreal! Sort of ethereal, sort of magical. He’s been my favourite artist since I was fifteen. Really cool and special, he’s a very special person and he’s been very kind to me and helped me out with a lot of advice. Being around him and learning from him has really helped me with my career.
Finally, you’re taking your new songs on tour later in the spring. What can fans expect from the live shows?
It’s going to be really sick, I’m really excited for it! We’re going to be touring across Europe and ending the tour in Manchester and London which is going to be wicked. It’s one of those times as a musician where you’re living and breathing your music; the live shows should be sick. 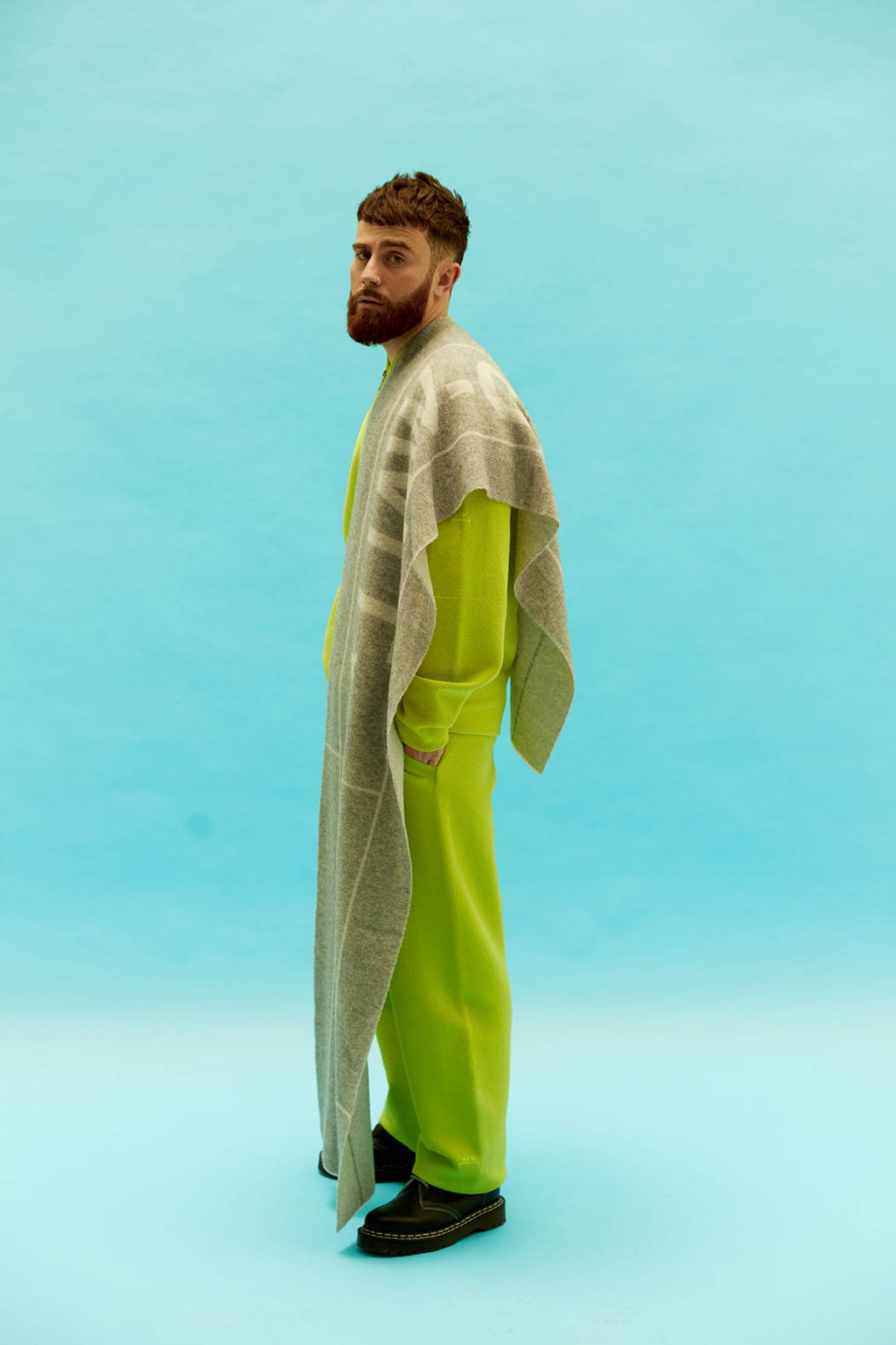