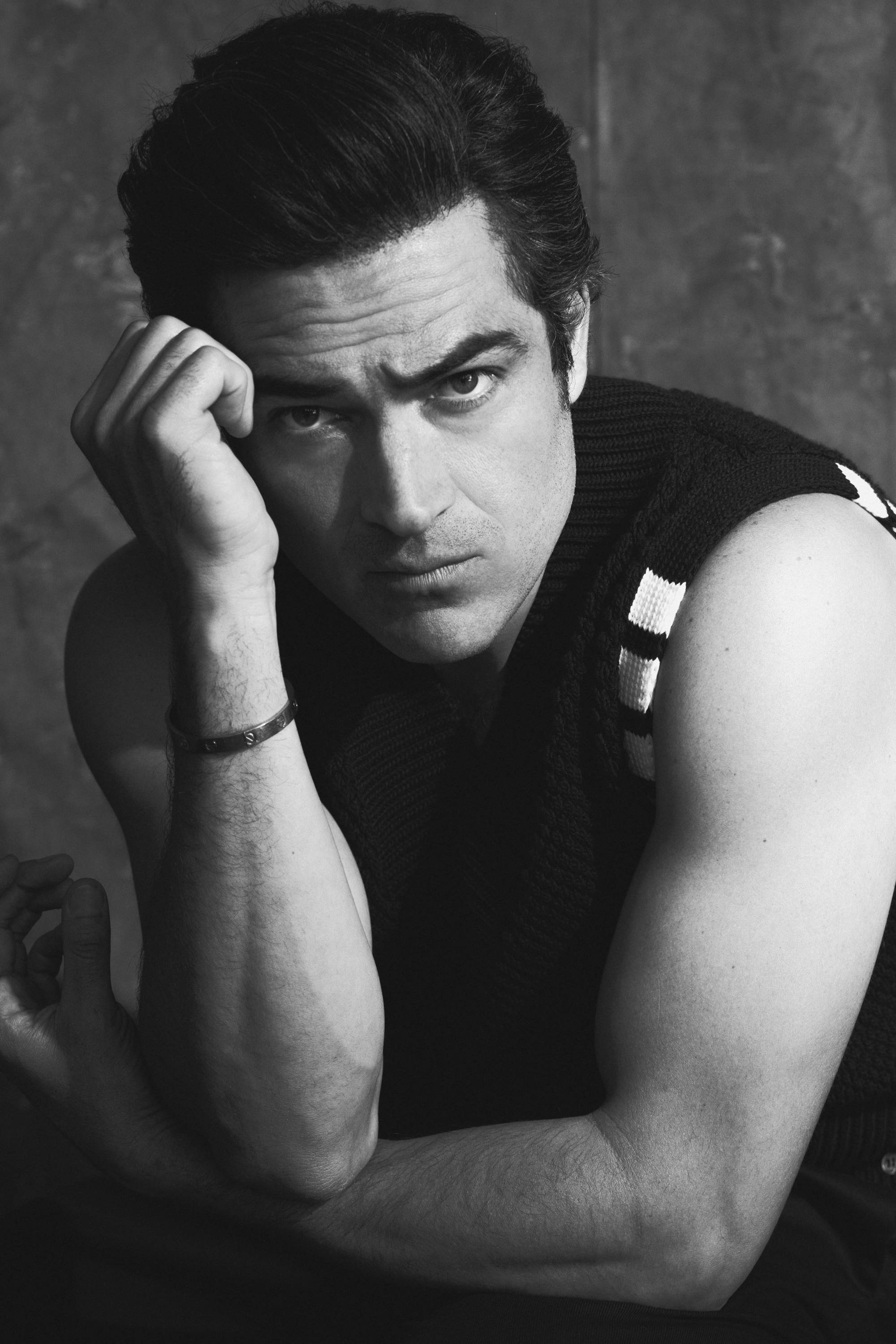 Alfonso Herrera on playing Ozark's villainous antagonist and the political power of the screen.

Interview & Words for Rollacoaster Magazine by Tony Wilkes
“I’ll tell you a story,” smiles Alfonso Herrera. “Not so long ago, I was in Los Angeles. I was on the freeway in an Uber, and the driver asked me, ‘What do you do?’ I said I’m an actor. I didn’t want to be very specific. And he said, ‘Okay. What have you done lately?’ Ozark. ‘Really? I’ve watched the whole thing. Who are you?’ He then pulled off the freeway and stopped. Going against all the protocols, he asked me to take my mask off, so I did. ‘I have Javi!! I have Javi!!’ He started screaming and yelling with excitement."

Since 2017, the Emmy award-winning Netflix show, Ozark, has gripped audiences with the story of a money laundering scheme for a Mexican drug cartel gone wrong. Returning for the fourth and final instalment this year, Alfonso Herrera joins the show as it takes its final bow, playing the provocative antagonist Javi Elizonndro, grappling with power and ruthless ambition. Since his acting debut in the early 2000’s, Herrera’s roster alternates between genres, a testimony to his resilience as an actor, from romantic ensembles to politically-charged plot lines. Speaking from Mexico City, the Netflix star makes a case for the screen as a medium to unpick negative generalisations, and the influence of his heritage on screen. 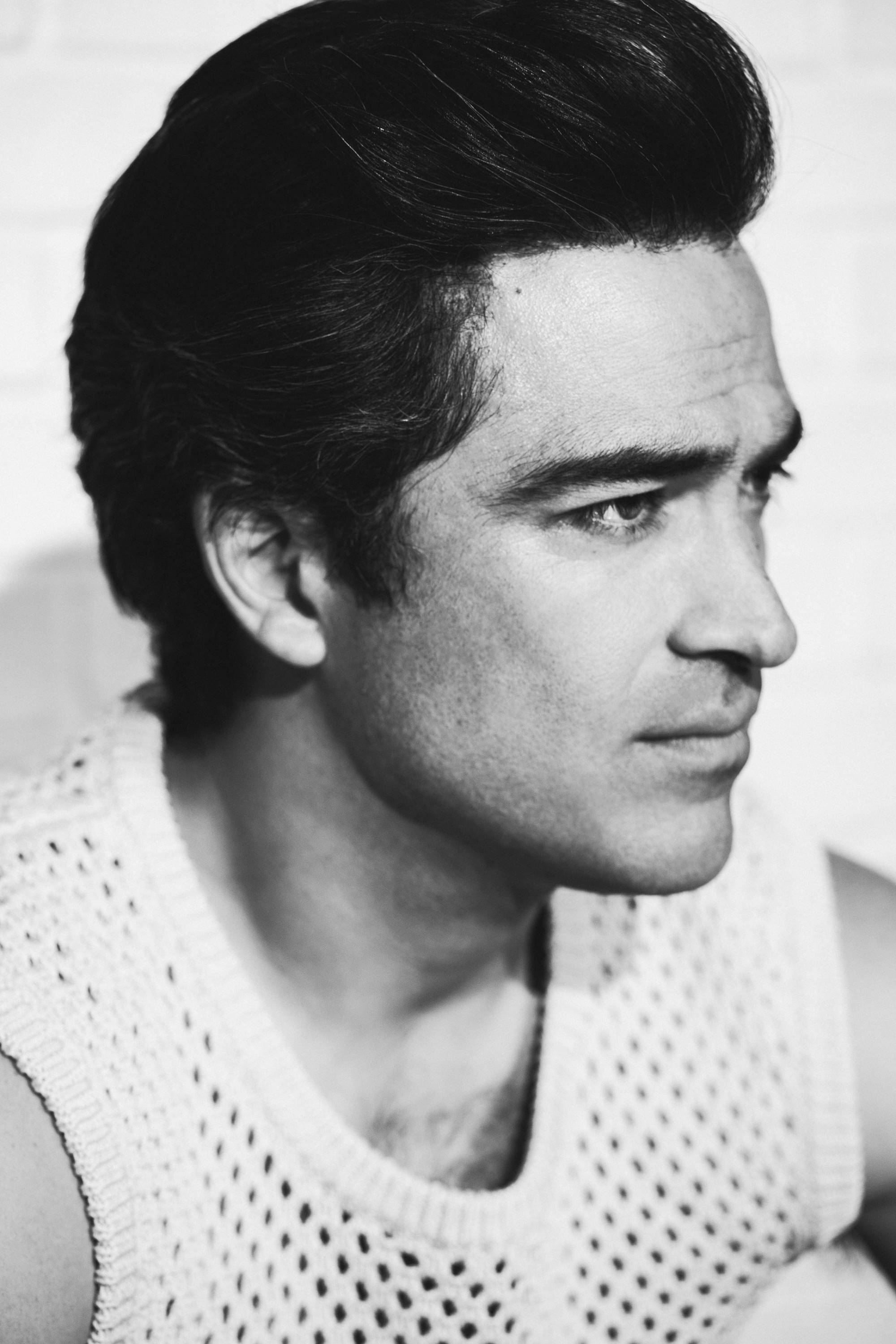 TONY WILKES It’s great to meet you, Alfonso, and congratulations on your final portrayal of Javi. How do you prepare for a role like him? Was it hard to take on such a brutal character?

ALFONSO HERRERA I think first of all, it’s about avoiding stereotypes: drug lords, money laundering, bad guys. Instead, you try to understand what is the shadow and the light of this character. He is vicious and virtuous. When you understand that, you can understand who he is. To do that, you have to go through the scripts and what I realised is that Javi is a guy that doesn’t lie. He’s very straightforward; he understands that he is not welcome with his family or with the people he works with. He feels like a bastard son and has no father figure. That figure could be his uncle, but his uncle doesn’t welcome him either, so he’s alone in every place he goes. I think there was a point in his life where he thought, ‘Okay, I’m going to enjoy this. I’m going to make people uncomfortable. I’ll piss on them.’ And that’s basically what he does in every single scene. Even though you have this psychopathic, explosive version of what people think Javi is, he is also a guy that likes to enjoy the present. He likes to have fun, to take time, look into people’s eyes and have pleasant conversations – that creates a very interesting contrast with the way he manages business.

TW So it’s the motivations and relationships that helped you build this character?

AH It’s about trying to create a story about who you think Javi is. You know whatJavi does in this story, but this is why our job is so fun, to understand what could have happened before: how he grew up, where he grew up, where he was educated and what were his relationships with his classmates, his teachers? Did his background being a Latin American in the United States affect him? Did that create some kind of reaction in him that explains why he acts the way he does in the story? It’s building these pieces from the puzzle that aren’t in the story but could have been before. They’re levers for you to hang on to on set in case you have doubts.

TW How does Javi compare to your previous roles?

AH He is such an unpredictable character. He has this potential to implode, more than to explode. And yes, his reactions are explosive, but they come from an implosion –and a very big one at that. Javier wants to prove himself, that he is capable of doing stuff, that he’s capable of running a family business, and he doesn’t want to show that just to his family. He wants to prove it to himself. He is so unpredictable that every take was completely different.

TW How many takes would there be?

AH Maybe four or five? That’s not so many, but with four or five takes, I had the possibility of trying things. And besides, just locking eyes with my co-stars, Laura Linney and Jason Bateman, would just enhance the scene in a very interesting way.

TW I read that Ozark was your dream job? Is that true?

AH Like many people around the world, I was waiting for this final season. When I read for the part in 2020, it came to me as a surprise to be part of the show. It’s so well directed, and all the elements work in such a beautiful equilibrium. It was also a dream to work with people who I have admired for so long. These people have so much power in Hollywood, but at the same time they use that power to help other people on set. That was incredible.

TW Can we talk a bit more about clichés? How do you think Ozark avoids the stereotypical approach to Mexican culture?

AH I live in Mexico, and I can see the angle of how we are constantly portrayed in fiction, on TV and in movies. But what Ozark represents is a wider perspective, in which the responsibility doesn’t necessarily just lie with the South. To have this problem, you need to understand how businesses work in the North. To go from A to Z, you need B, C, D, E, F, G...for that business to happen. So if you see A as Mexico and Z as the United States, there has to be a link. Ozark presents that link in a very grounding way.

TW And so life after Ozark, what does the future look like?

AH I’m in the process of developing a Netflix series with a very good friend of mine, a Mexican director, David Pablos. I did a movie with him here in Mexico not so long ago called Dance of the 41(2020). It’s a story about the relationship between Mexico, US shamanism, and the FBI. It’s a very interesting thriller about spirituality and political interests within three very, very specific time frames in Mexico - late ‘70s, ‘80s and ‘90s. So if everything goes well, maybe it will see the light by the end of 2023!

TW So what about this final instalment of Ozark? What can we expect?

AH That Uber driver wouldn’t stop asking me about part two either! And that’s happened with family members, with friends, with people I work with in Mexico. Ozark’s everywhere. It has nothing to do with language barriers, with different cultures. It’s universal. People are so desperately waiting for that last part of the story. And if you think part one was explosive, just wait. Part two is x1000. It’s massive! 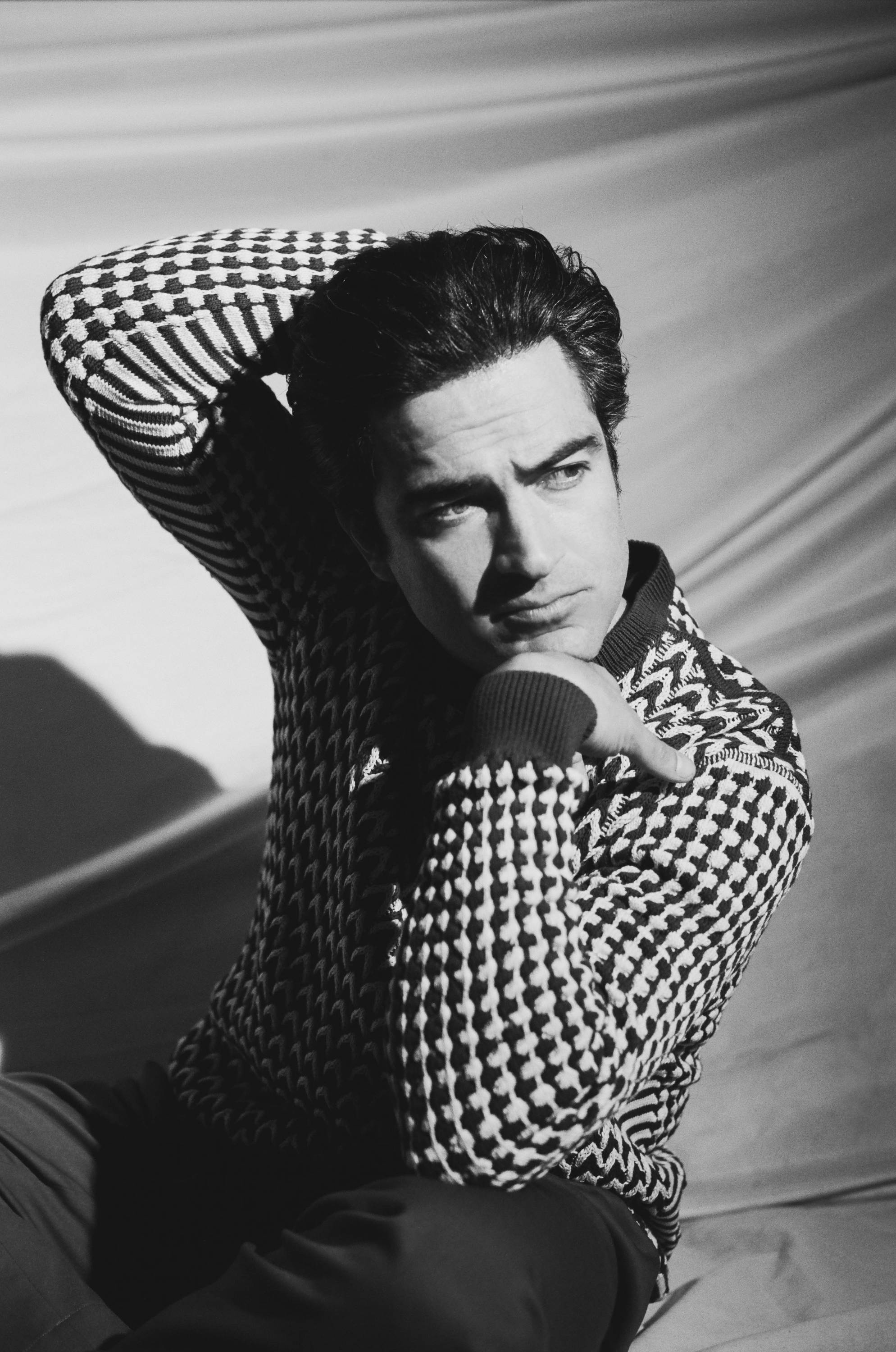