WITNESS THE SOLO BREAKTHROUGH OF THE FIFTH HARMONY STAR 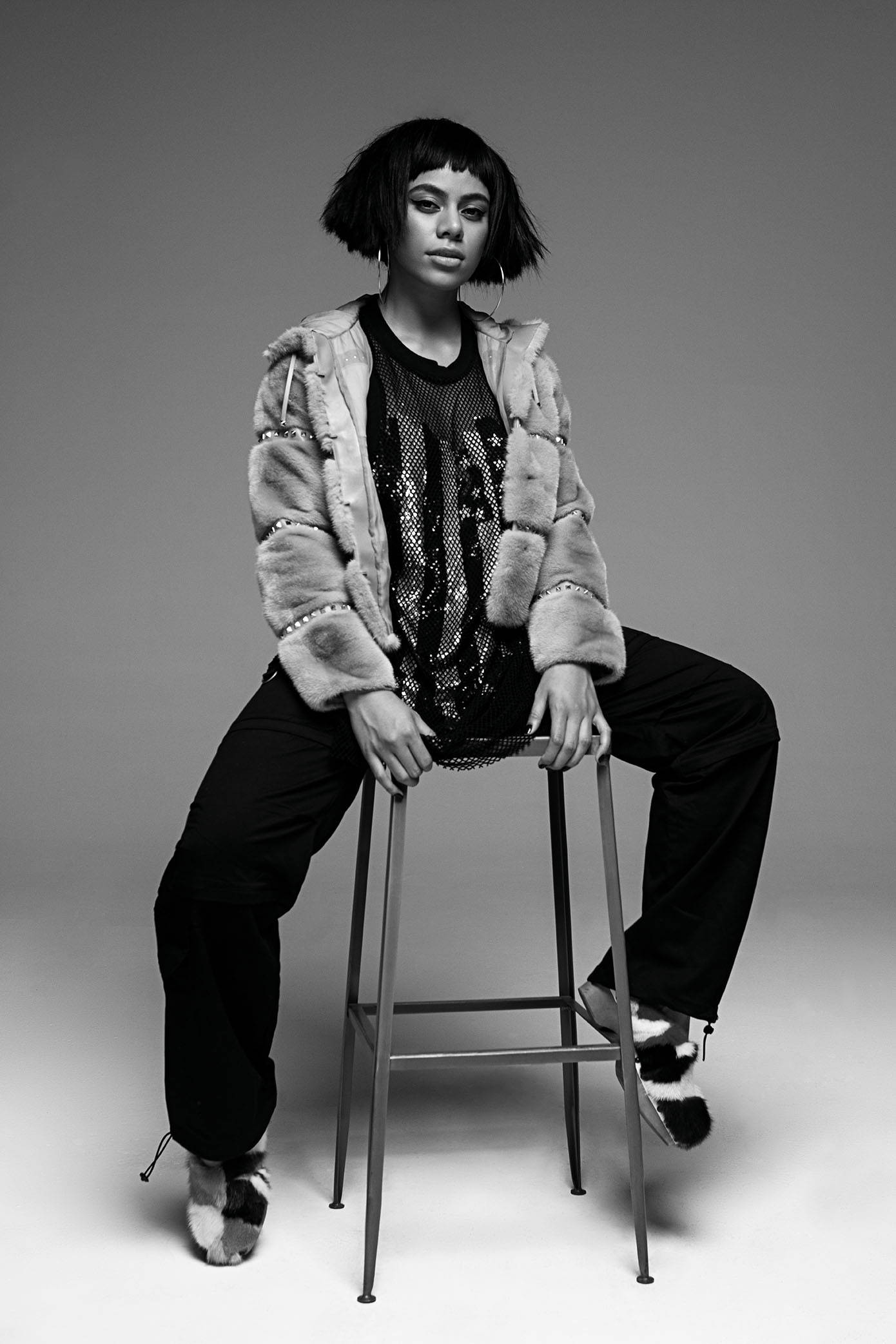 Jacket by VALENTINO, top by IH NOM UH NIT, trousers by I AM GIA and shoes by MOU 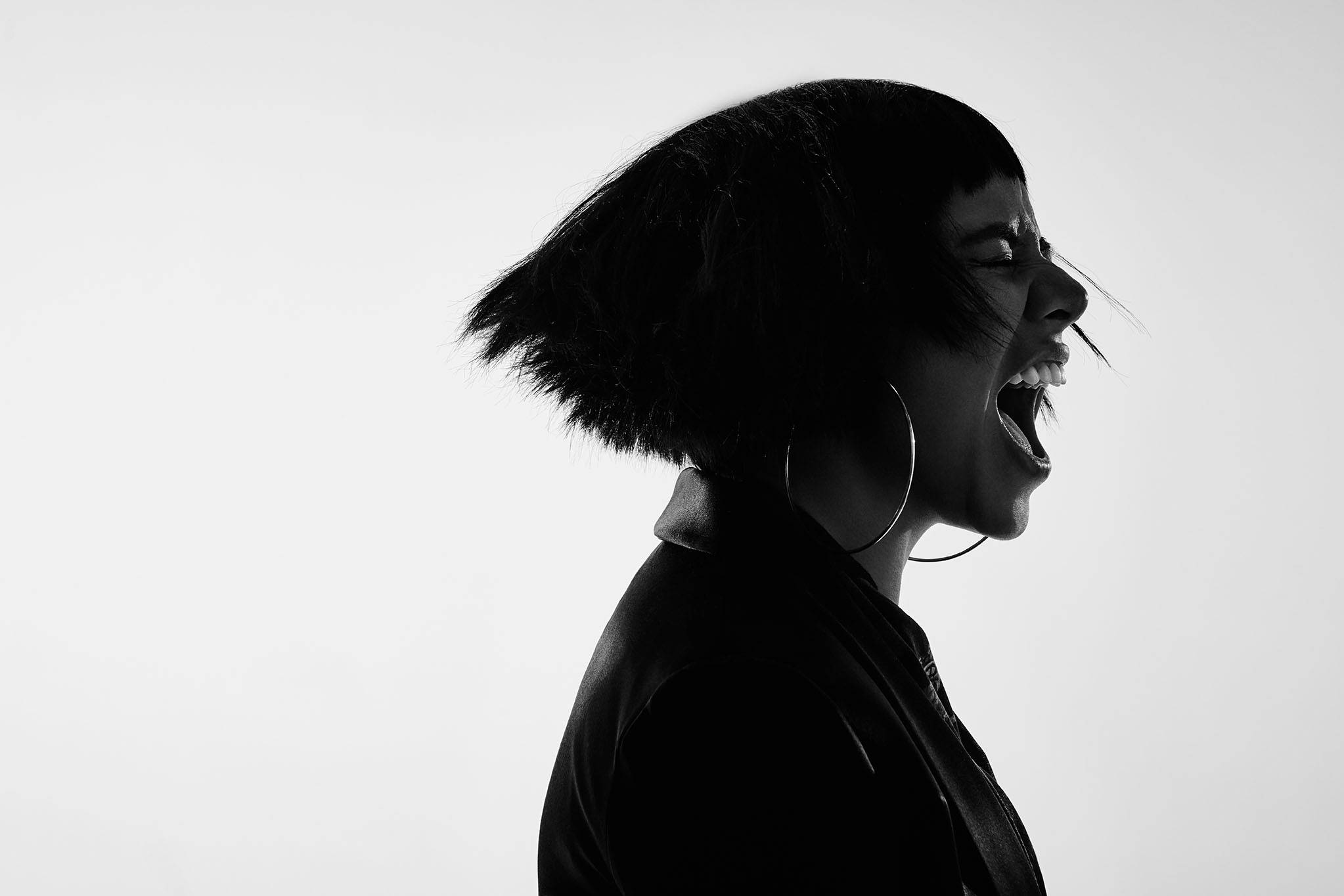 All clothing by BALMAIN at THEOUTNET.COM

For a lady that needs no introduction, Dinah Jane isn’t fretting about re-introducing herself to the world. After six years as part of pop super group Fifth Harmony, she’s finally stepping out into her own spotlight for the first time since her X Factoraudition back in 2012.

“I wasn't really stressing about which song should be my ‘debut,’” she muses over the phone from Beverly Hills. “I remember walking with L.A. Reid [music industry mastermind and former X Factorjudge] and he was like, ‘Yo! This is the song! It lays heavy on my heart. I know it's the one, there's something about it.’” Yet to be released when we chat, Jane spills the secrets of “Bottled Up”, the track to represent the new-born and redefined version of herself. “I wanted it to be the first taste people hear,” she declares. “Lyrically, everybody can relate to it too - bottling up feelings and turning to drinking and smoking because it’s the only way of getting our emotions out. If I can play this record for two years now and never get sick of it then that means something. It’s a good way of me introducing 'Dinah Jane' to people.”

Signing a dazzling new deal with Reid’s record label Hitco, the bond between himself and Jane has remained sturdy all these years. “I remember being on The X Factor by myself for the first time, 15 years old auditioning with ‘If I Were a Boy’ by Beyoncé. I just remember how excited he was to hear me and how in tune he was with my performance.” Reminiscing on 2012 like it was just last week, it’s endearing to see the two of them come full circle to join forces both before and after Fifth Harmony.

Jane justifies her time in the girl group, describing her role as the “super, super shy one” who “didn’t really think that much.” But being the wallflower has its perks and it meant that she gained a greater perception of others around her, including Reid. “I observed him a lot and realised that I wanted to be on his team. I knew he'd fight for me and he'd listen to me. I want my ideas to be heard and that's what he's done.” 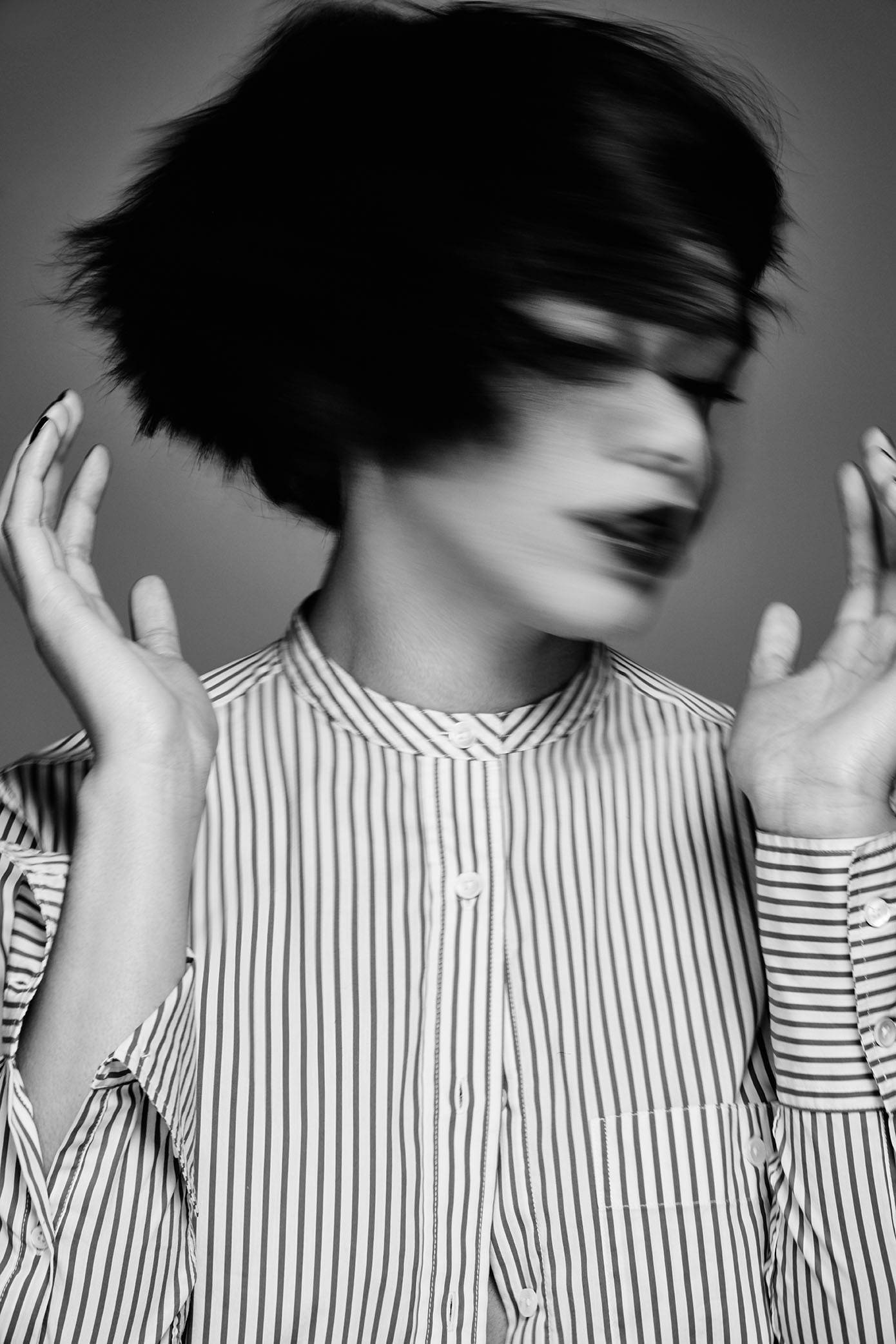 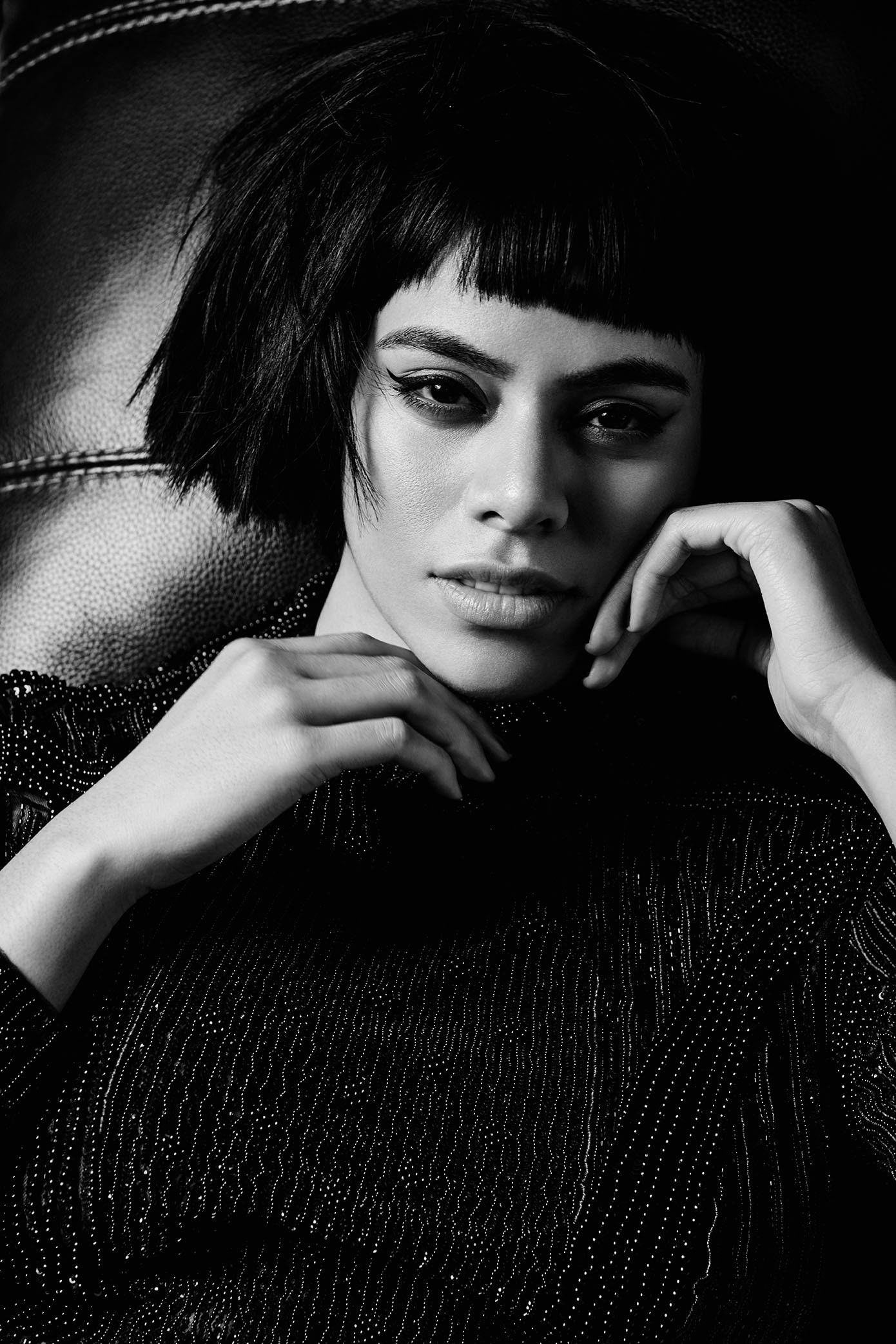 Solo life also brings up other perks for the 21-year-old too, most notably not relying on others to get to work. “Three of us would always be on time and two girls would be behind or it would be the other way round,” Jane laughs. “Now I can rely on my own schedule.” Touching on lateness and how it reflects on everybody in the group, she confirms that slacking off is a thing of the past: “Now I have to take it up a notch and be more serious with myself.”

“I've written about 60 songs already!” She admits. “The numbers keep on increasing, some days I find myself writing three or four songs. I vibe a lot with the writers and producers around me and it becomes easier, to the point where it takes two hours to get a song done before we're like, ‘all right, let's try another one’ and when we’ve done that we go, ‘wow, that was some good vibes, wanna try another?' And we just keep going and going…”

As an already fully-fledged pop star, there’s a whirl of other sounds circulating the mind of this Californian gal. “R&B, reggae, soul…” She begins. “At the beginning of this year it was kind of trial and error for me, but I remember it being that way only because I was just stepping out of Fifth Harmony and coming into my own, trying to figure out who I was as an individual.”

We’re now moments away from witnessing the breakthrough of Dinah Jane. With all eyes on her every move, she’s slowly plotting her takeover. “We're gonna take this day by day…” she pauses. “I've got so many other records up my sleeve that other people have yet to discover me or get to know me. We're ready to show people what's been underneath their nose the whole time: Dinah Jane, the girl who's not so shy anymore and is ready to run with the big dogs.” 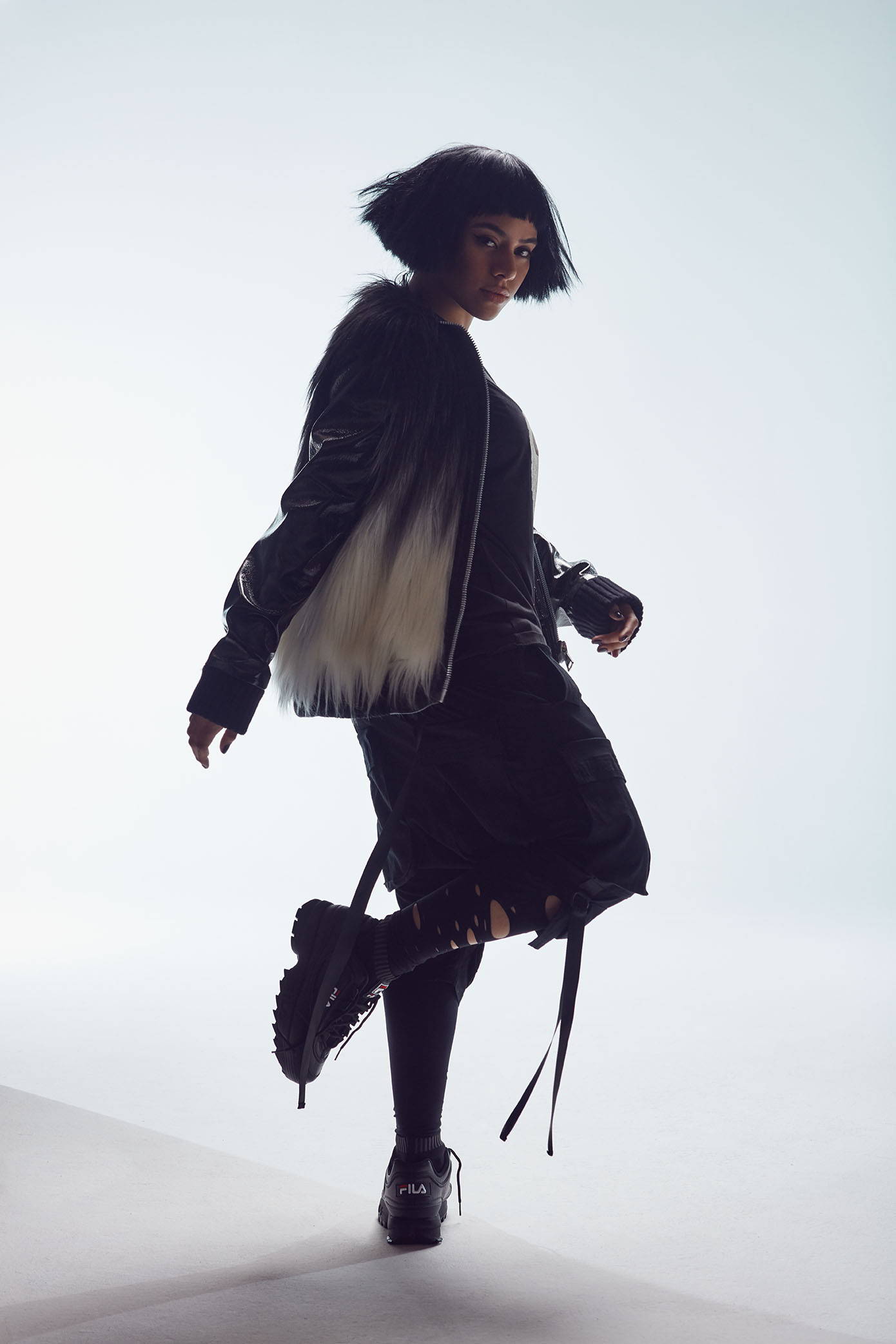 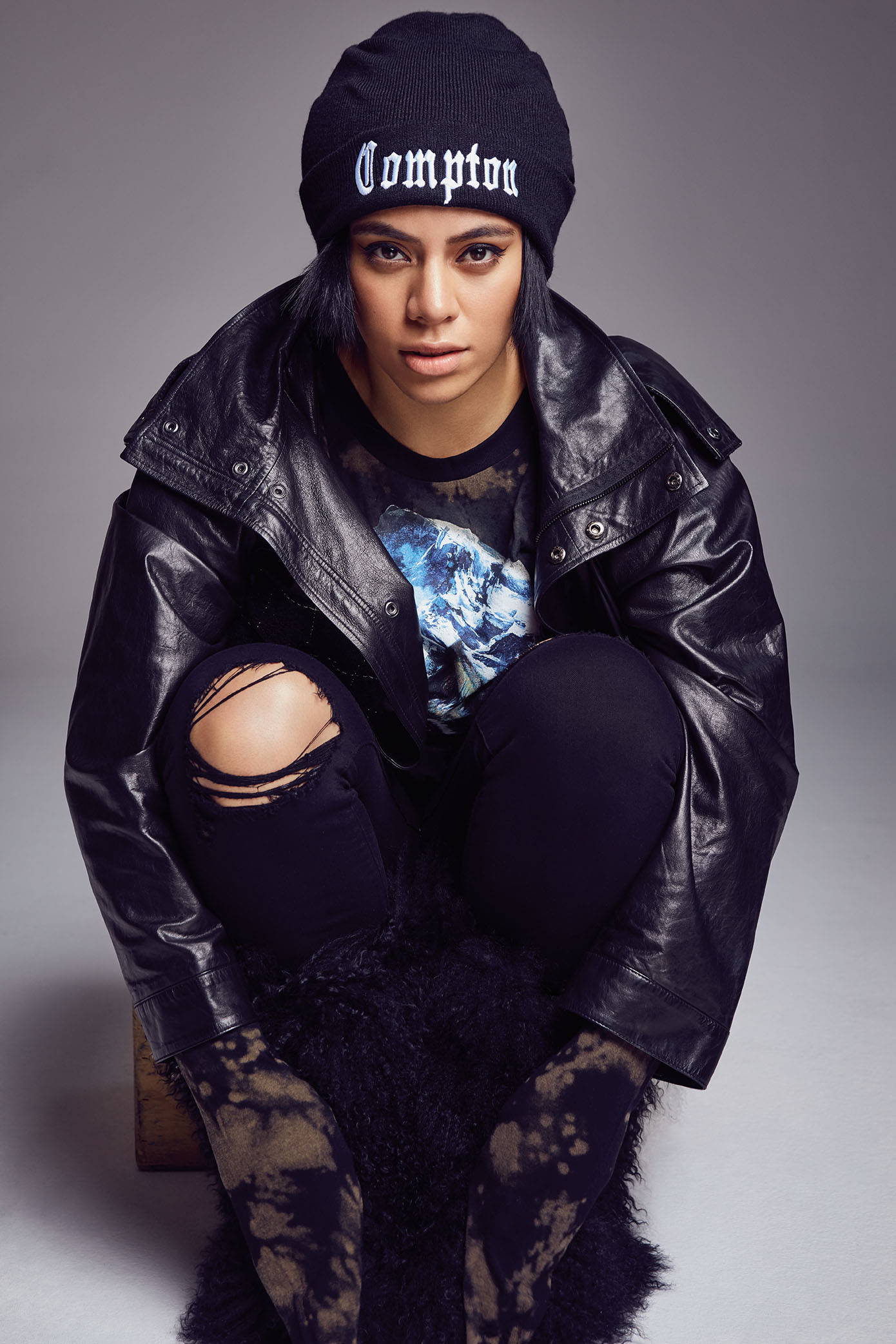 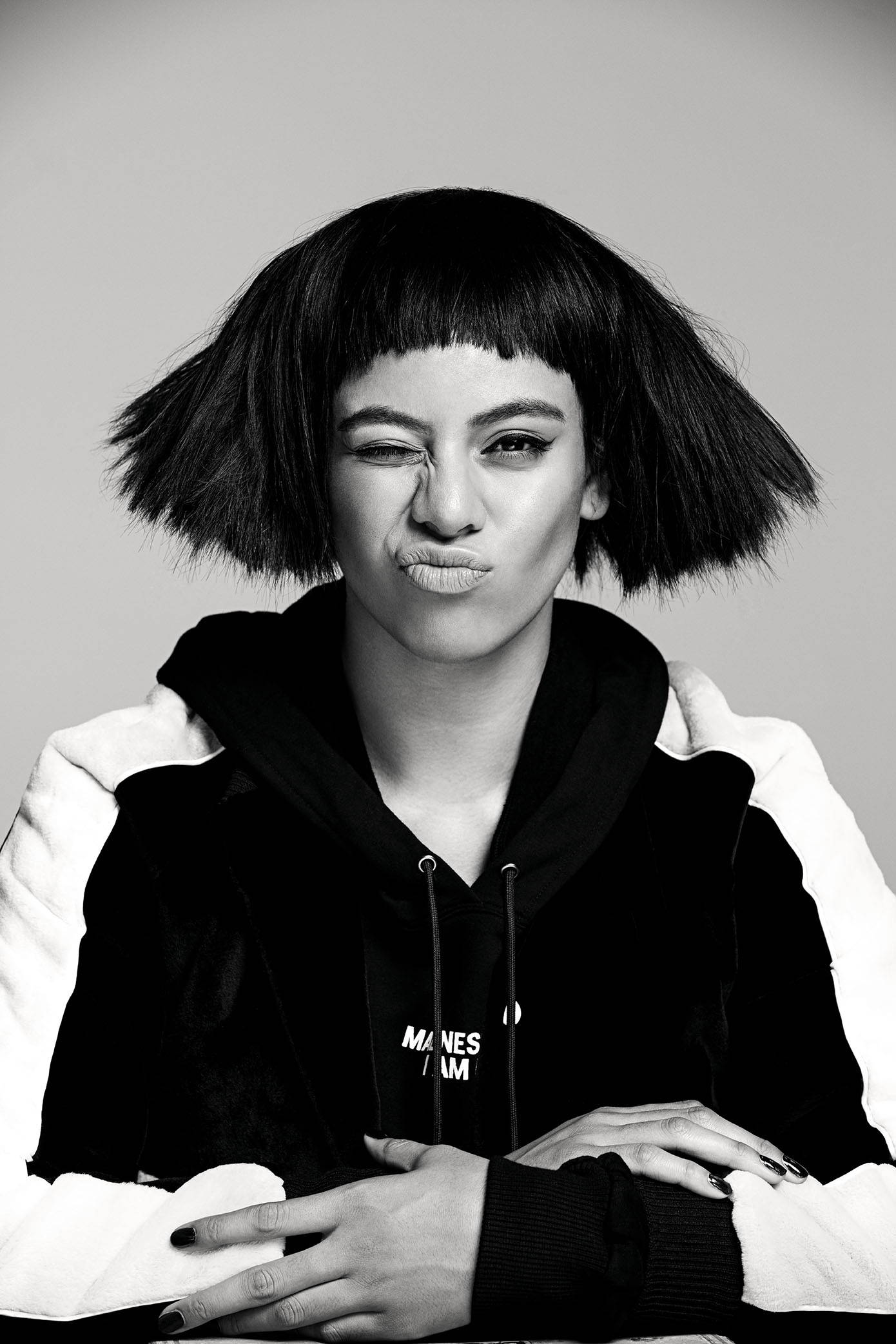 Jacket by SAINT LAURENT, and hoodie by I AM GIA 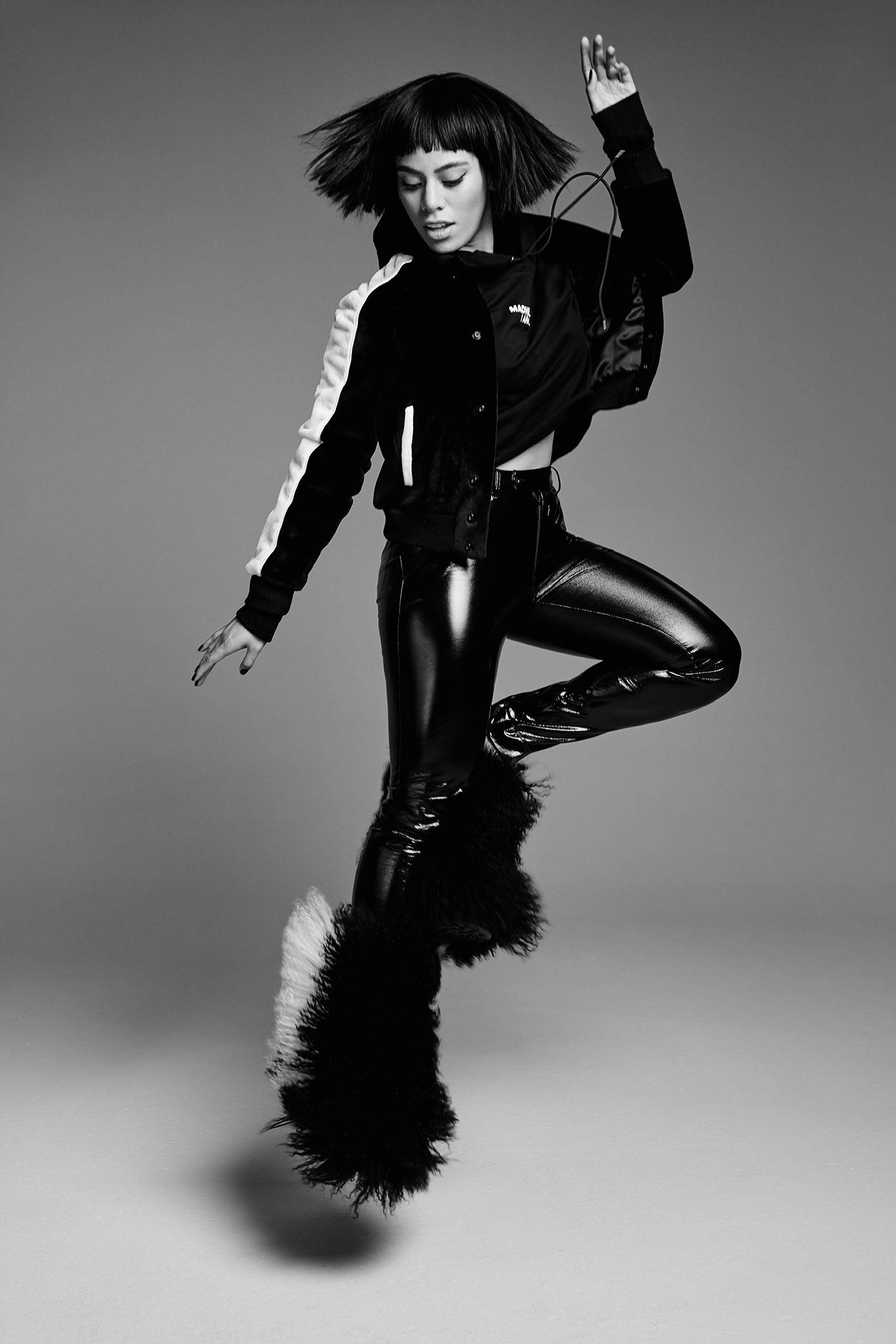 Jacket by SAINT LAURENT, hoodie by I AM GIA, trousers by AMEN and boots by BOGNERS

Makeup by HINAKO at THE WALL GROUP using STILA COSMETICS