The up and coming actor using his screen time to inspire a new generation. 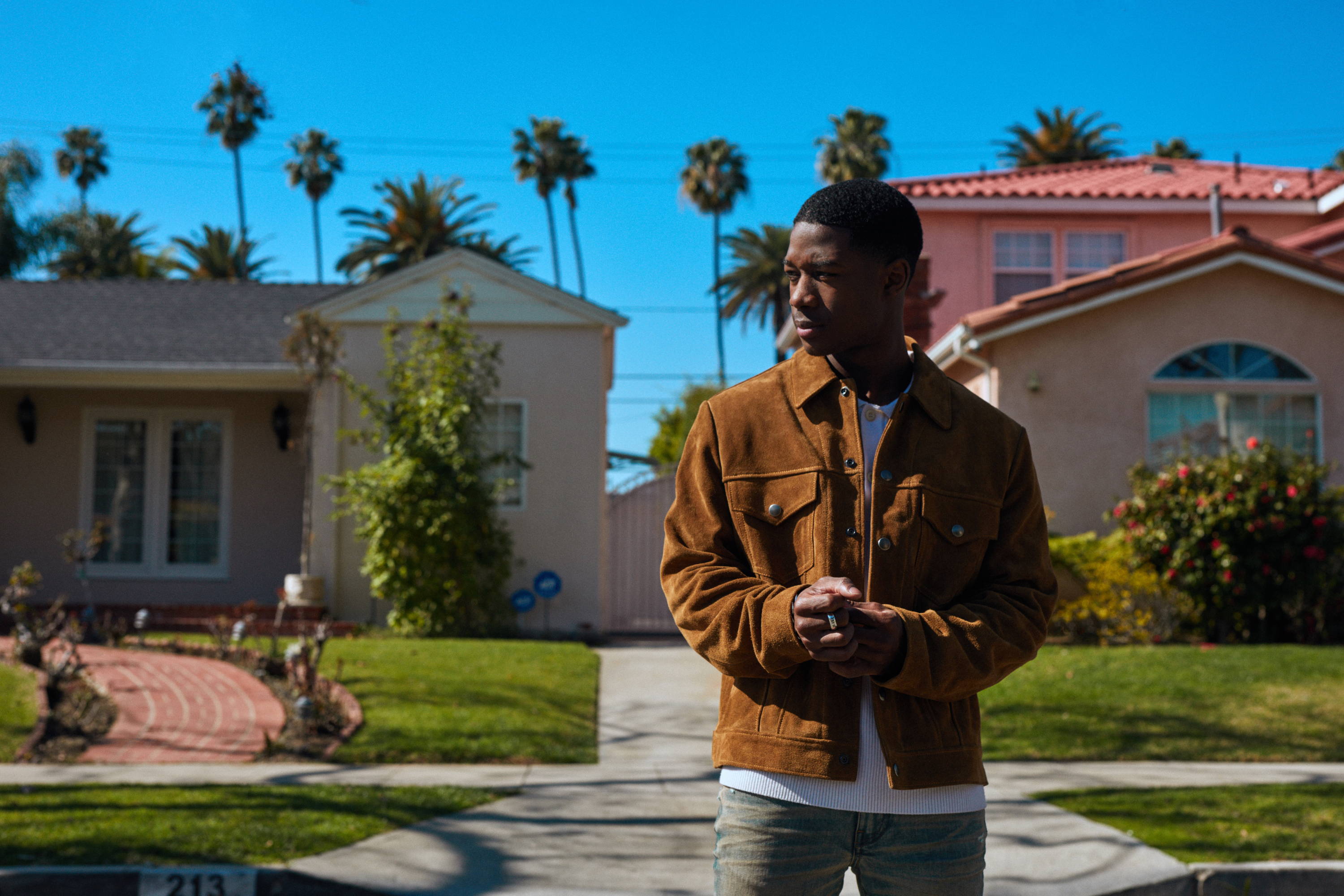 Top and jacket by SANDRO, trousers by AMIRI and ring by THE GREAT FROG

Lamar Johnson isn’t taking his foot off the pedal. Despite starring in an impressive array of films due to drop later this year, the Toronto-born actor, dancer, choreographer and entrepreneur has just finished yet another big audition when we catch up.

The 24-year-old first started acting in a drama program at his arts-based high school, but tells me it was a TV advert, rather than any acclaimed films or theatre productions, that inspired him to start pursuing it as a career. “It was actually a commercial,” he laughs incredulously. “I remember watching and seeing a young, black lead and thinking, ‘Wow, I can do that.’ And it all started from there.”

After early roles in projects including 2003’s iconic dance film Honey, Lamar went on to feature alongside Halle Berry and Daniel Craig in crime drama Kingsin 2017, before landing a leading role as Seven Carter, the half-brother of central character Starr (played by Amanda Stenberg), in last year’s The Hate U Give. Adapted from the best-selling novel by Angie Thomas, its storyline centered on racism and police brutality in America – themes Lamar tells me he’s proud to be depicting on screen.

“The subject matter touched on in the film is extremely important, timely, and should be talked about,” he enthuses. “It’s pivotal to inform not only ourselves, but the youth on our current climate, which creates conversations, and in turn starts a bigger dialogue on what we all can do to change it moving forward. The movie isn’t the answer by any means – but it is an anecdote to help support a positive change.”

This year he’ll feature alongside Elle Fanning in new Netflix film All the Bright Placesand A24 drama Native Son, as well as a mystery role in the forthcoming X-Men: Dark Phoenix. And, though he notes the perks of working on franchises and big-budget productions, Lamar tells me he wants to continue to act in smaller indie films too, aiming to balance a range of completely different projects to stay creatively fulfilled. “I enjoy working on indie films, because the process is a lot more intimate, so it feels a lot more raw,” he highlights, explaining that low-budget scripts usually allow more “daunting material”, and in turn, a more complex and rewarding challenge as an actor.

Ultimately, for Lamar working in the entertainment industry is, and always has been about connecting, inspiring and educating people, which he intends to continue to do through his various creative outlets. “I just want to tell stories that transcend, and are progressive,” he emphasises. “Human stories that inspire others to tell their stories and speak their truth – in whichever medium that might be.”

Whether he landed today’s audition or not, expect big things to come from this creative polymath. With his varied trajectory, dynamic persona and strong vision in tow, Lamar’s just getting started. 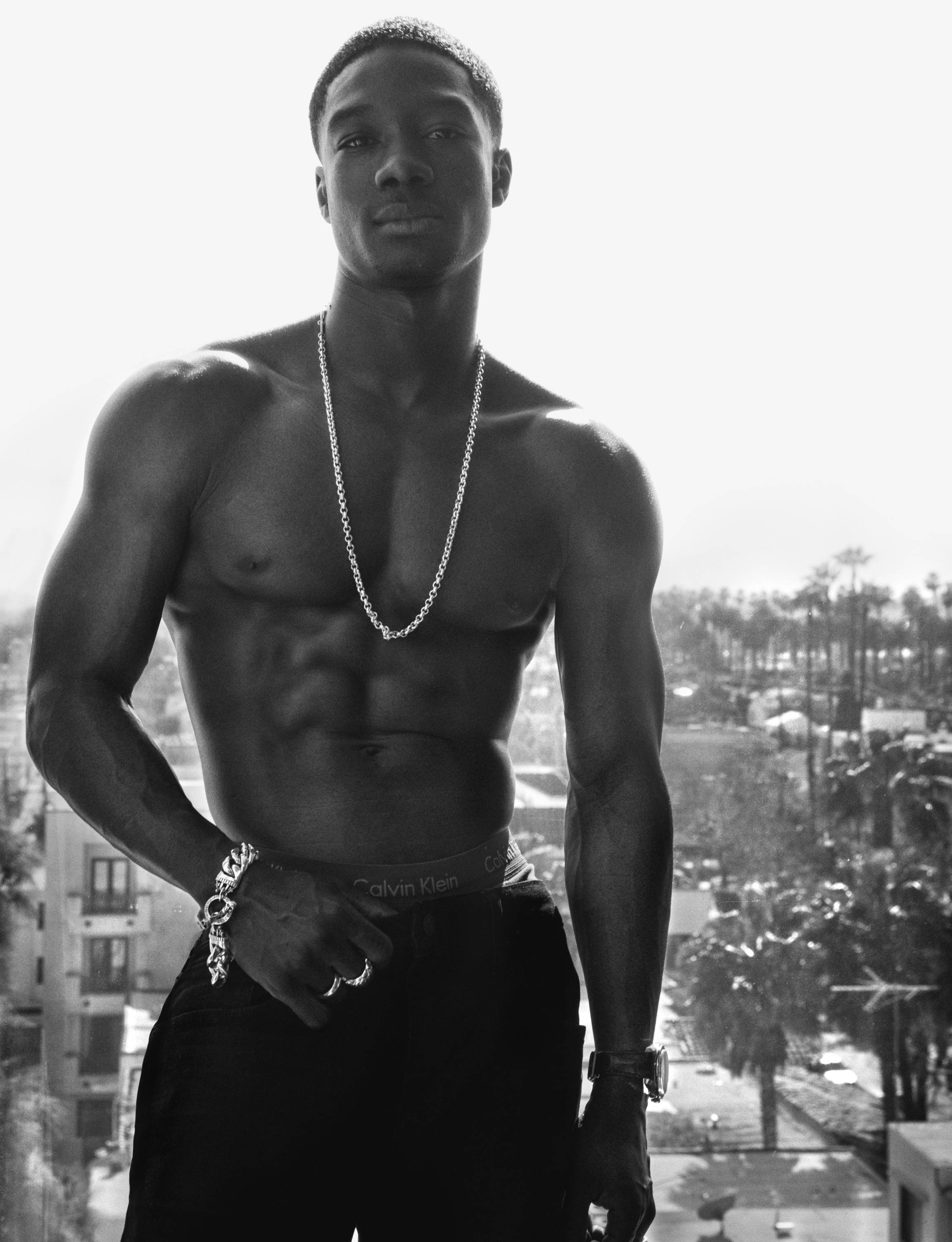 Trousers by BLOOD BROTHER, briefs by CALVIN KLEIN, watch by OMEGA and all jewellery by THE GREAT FROG 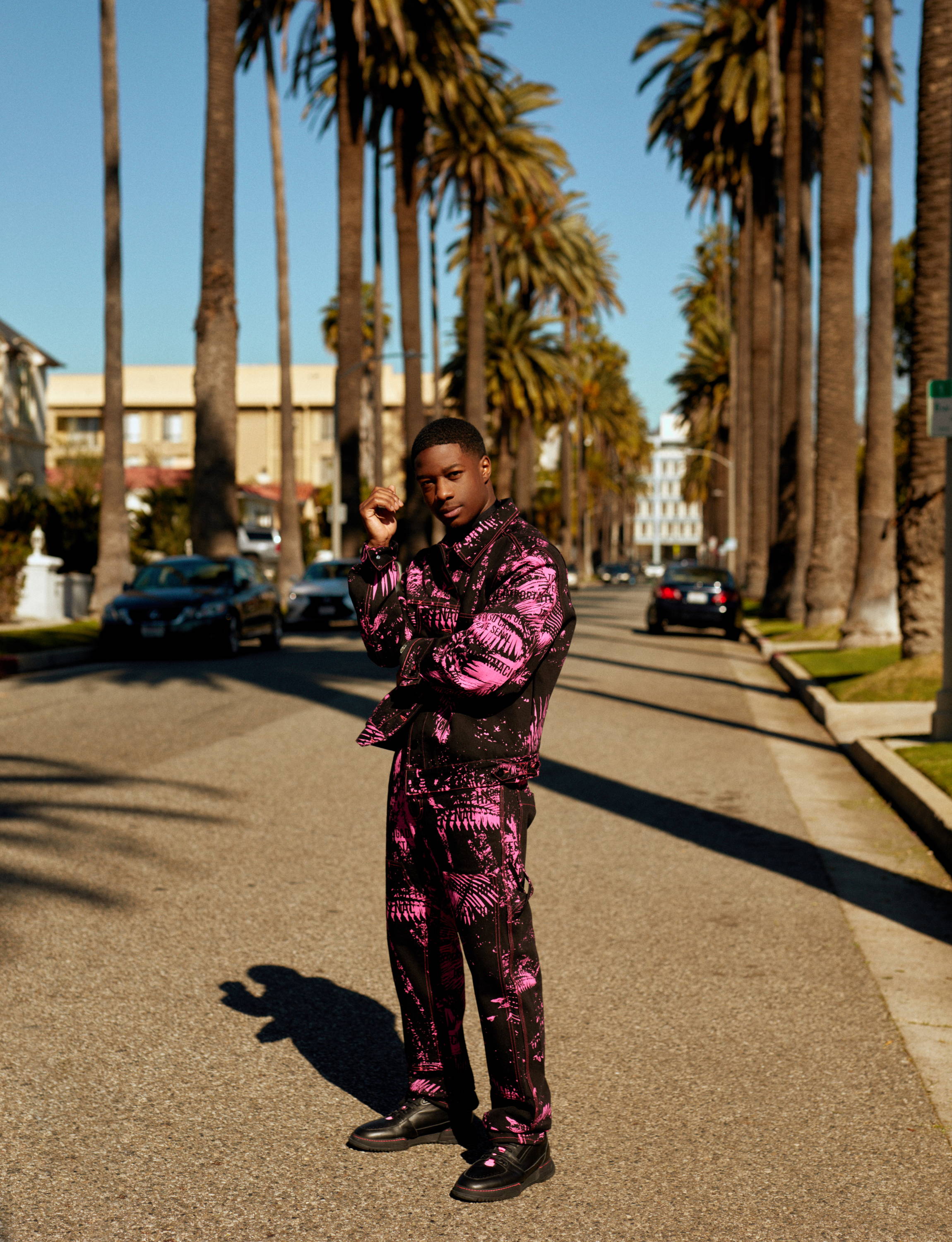 All clothing by MARCELO BURTON 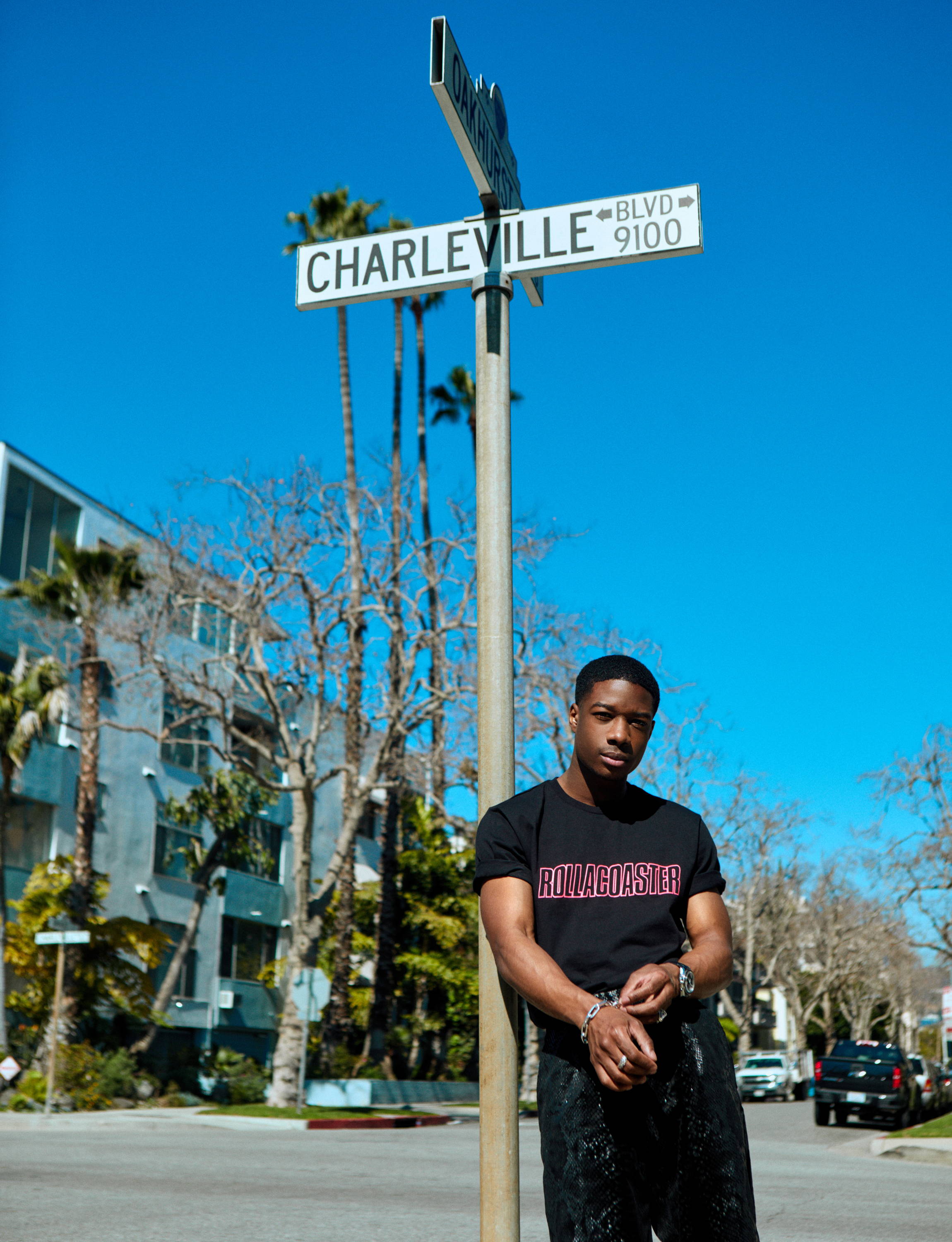 T-shirt by ROLLACOASTER x NICCE, watch by OMEGA and jewellery by THE GREAT FROG

Sold out
Sold out