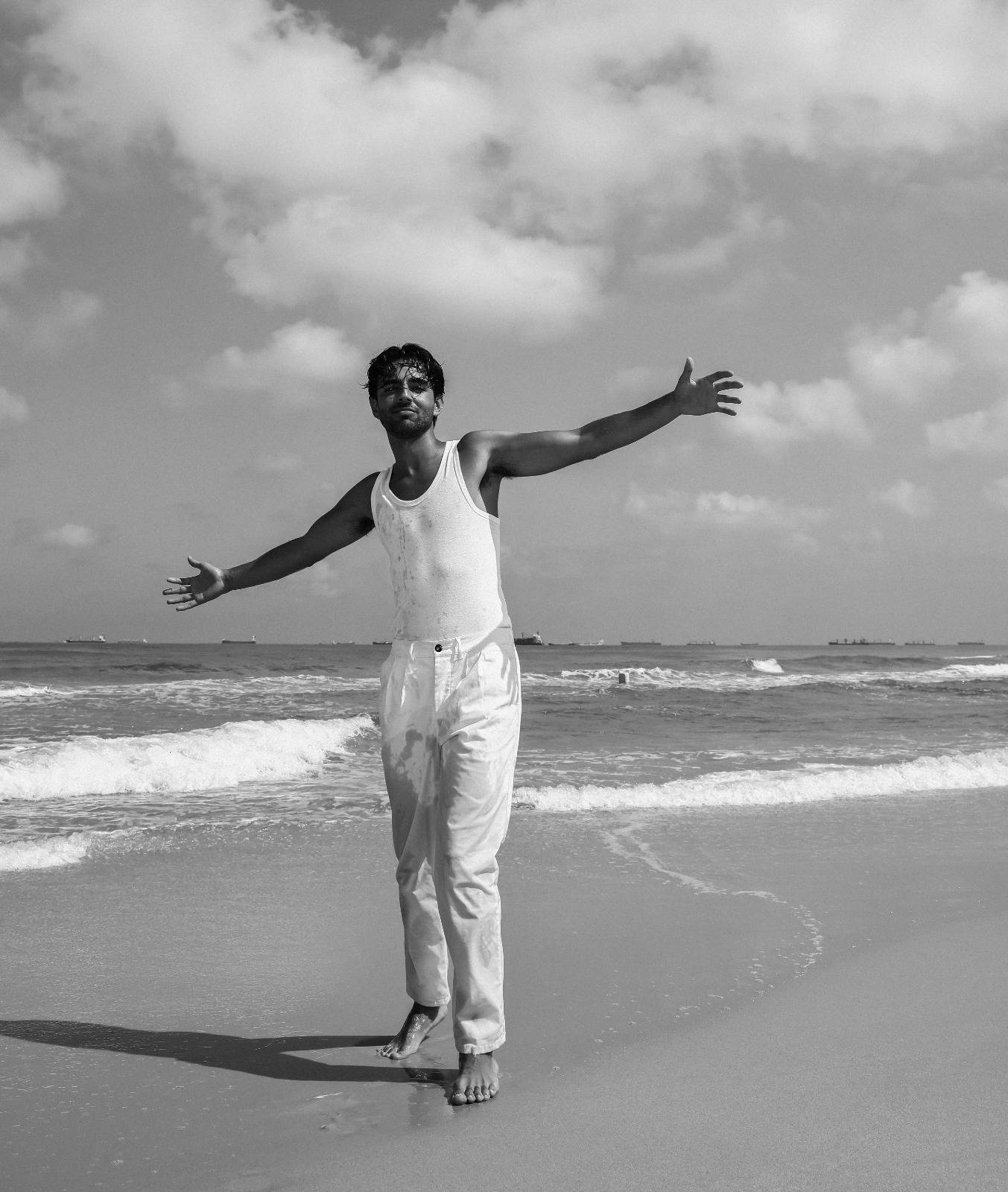 Is Omer Hazan Israel’s next breakout star? Starring in three TV shows this month, serving in the IDF, and playing the lead in the film “Don’t Wait For Me”, the actor certainly has his hands full. But the 21 year old is only just getting started.

Words by Octavia Akoulitchev
Hazan sat down with Rollacoaster to talk about how he juggles so many different characters, his most challenging role so far, and the dreams he hopes to achieve after completing his military service. 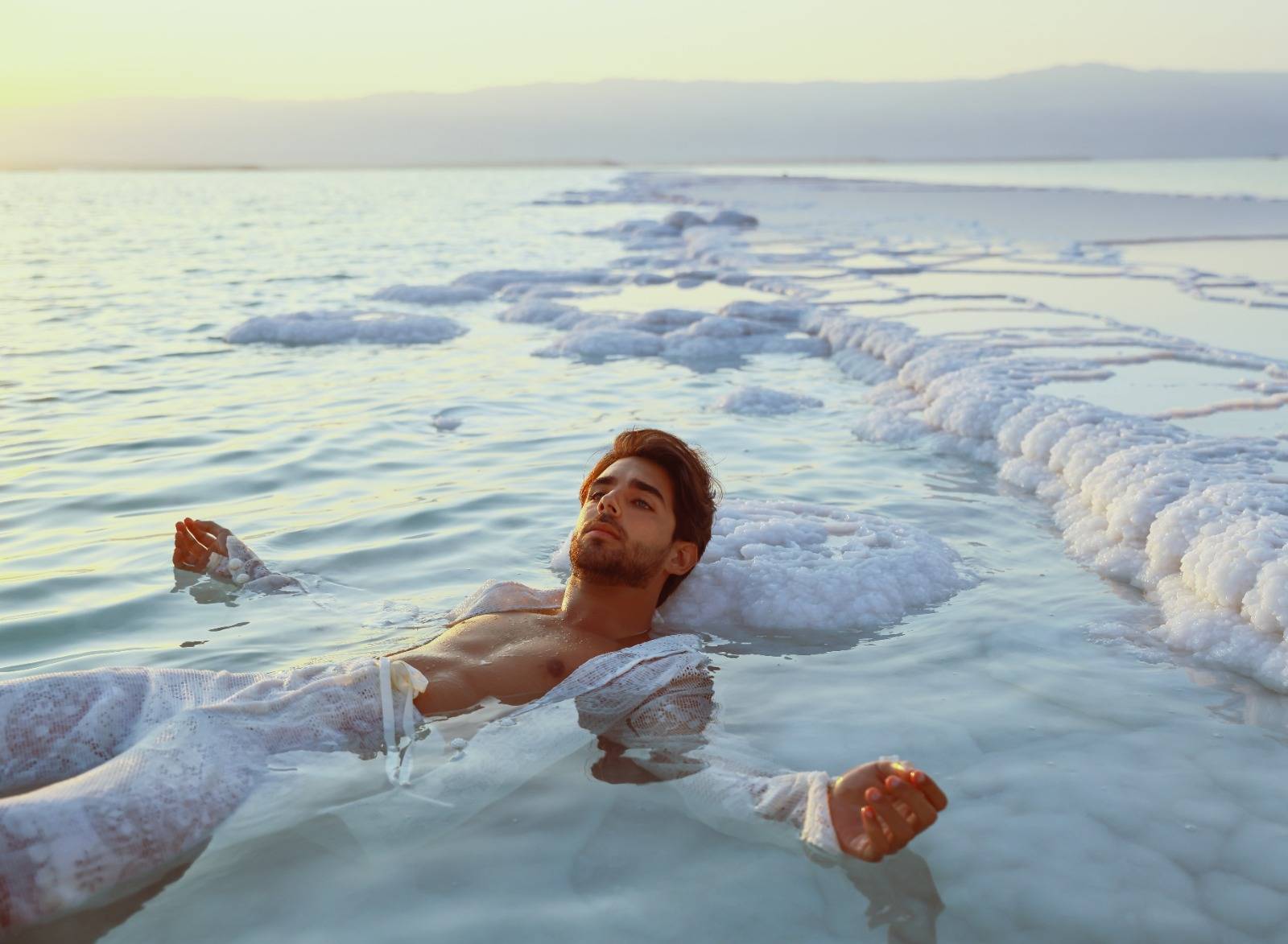 How are you doing? How has this year been for you so far?

I’m feeling great! This, right now, is the most beautiful period of my life so far. It has been a terribly confusing year but I’m blessed to be doing what I do, and to have a lot of new projects and goals. I’m really grateful for that.

How did the pandemic and quarantine impact your creativity?

When did you first realise you wanted to be an actor?

I was eight years old when I saw an ad for acting school, so I decided to audition, and since then my love for acting has only intensified. I realized that the stage and screen is where I feel the most confident, and that’s who I am, so I just decided to do it with all my might. The first time I was acting for a TV show I was 9-10 years old, and it was a show named “Asfur”. As soon as the cameras turned on and they said “action”, I felt like I was in another world. I felt happiness that I couldn’t put into words, just being someone else for a few moments.

Congratulations on “Don’t Wait For Me”, which is now in theatres! Tell us about your character in the film, Matan.

Matan is a child who comes from a wealthy family that failed financially and moved to a poor neighborhood. He’s an introverted child who becomes a criminal in order to survive. It’s the hardest, yet the most all-consuming, role I’ve ever done. I had to lose a lot of weight, about eight pounds, in order to look thinner. There were a lot of scenes of abuse that I had a very hard time doing, it really was one of the most challenging things I’ve done in my life. The film is based on real cases and we actually filmed in places where everything happened - it took me right to the harsh reality that this kid is experiencing.

How do you construct and get into character? Talk us through your process.

One of the things I love most about creating a character is designing their look: how they walk, how they talk, how they move their body, what they look like. I always try to build their own little world. I have an acting teacher named Sigal Ginzburg whom I’ve worked with from a young age, and together we work on every character and build everything up.

As well as “Don’t Wait For Me”, you have three TV shows out this month with you in leading roles. Do you ever find it disorientating playing multiple characters at once?

Yes, it is very challenging, especially since each character is so different. Each character has its own world and sometimes they conflict with one another. But I have a notepad for each of my characters, where I write everything about them, and that helps me to deal with it and arrange everything in my head. It’s also part of the fun for me as an actor, to get characters that are so different from one another. In each character I put a little bit of myself, and I just temper how extreme that part is depending on the character.

You do have such a wide range of characters - in “Baalat Halahlomot” you’re a sweet, shy child, whereas in “Palmach” you play Uri, the arrogant, charismatic and competitive leader of the group. What kind of character is your favourite to play?

I think Uri's the one I enjoyed doing the most. He just has something terribly charismatic and appealing that makes you enjoy being in character, especially with all the action in the show.

You’re so prolific - you clearly have an impressive work ethic. What drives and motivates you?

Acting is the thing I love most in the world. Every morning when I get up for work I feel grateful. I am determined not to rest until I reach the highest levels and conquer the world.

Right now you’re serving in the IDF, how has that impacted you and your acting process?

In the army, I serve in the IDF theatre, so I have the opportunity to be on stage every day. It's fun to have the opportunity to make soldiers my age happy, meet more people, play to more audiences, and learn. It’s not always easy to balance military service with my acting career, but it’s part of my commitment as a citizen. They’re very considerate of me and let me continue to pursue acting. It’s fun though, I'm really enjoying my service and glad I'm doing it. It leaves me with my feet on the ground, keeps me focused and reminds me that I’m still just a kid.

You’re planning to move to LA after completing your military service, where would you like to see your career go from there?

I hope to work and do crazy big projects. It’s what I've been dreaming about since I was a kid. I will do anything I can to get as far as possible, conquer as many destinations as possible, and ultimately succeed. Very soon I’ll be free, and I can get there. My dream is to act in a film by either Tarantino, Scorsese, or Christopher Nolan. Everything I ever learned about acting I learned from their worlds, and for me it would be a dream to work in one of their projects and close that circle. I just want to do what I love most: act, develop as an actor, do huge roles that will challenge me, and be a valued player in the eyes of the world. 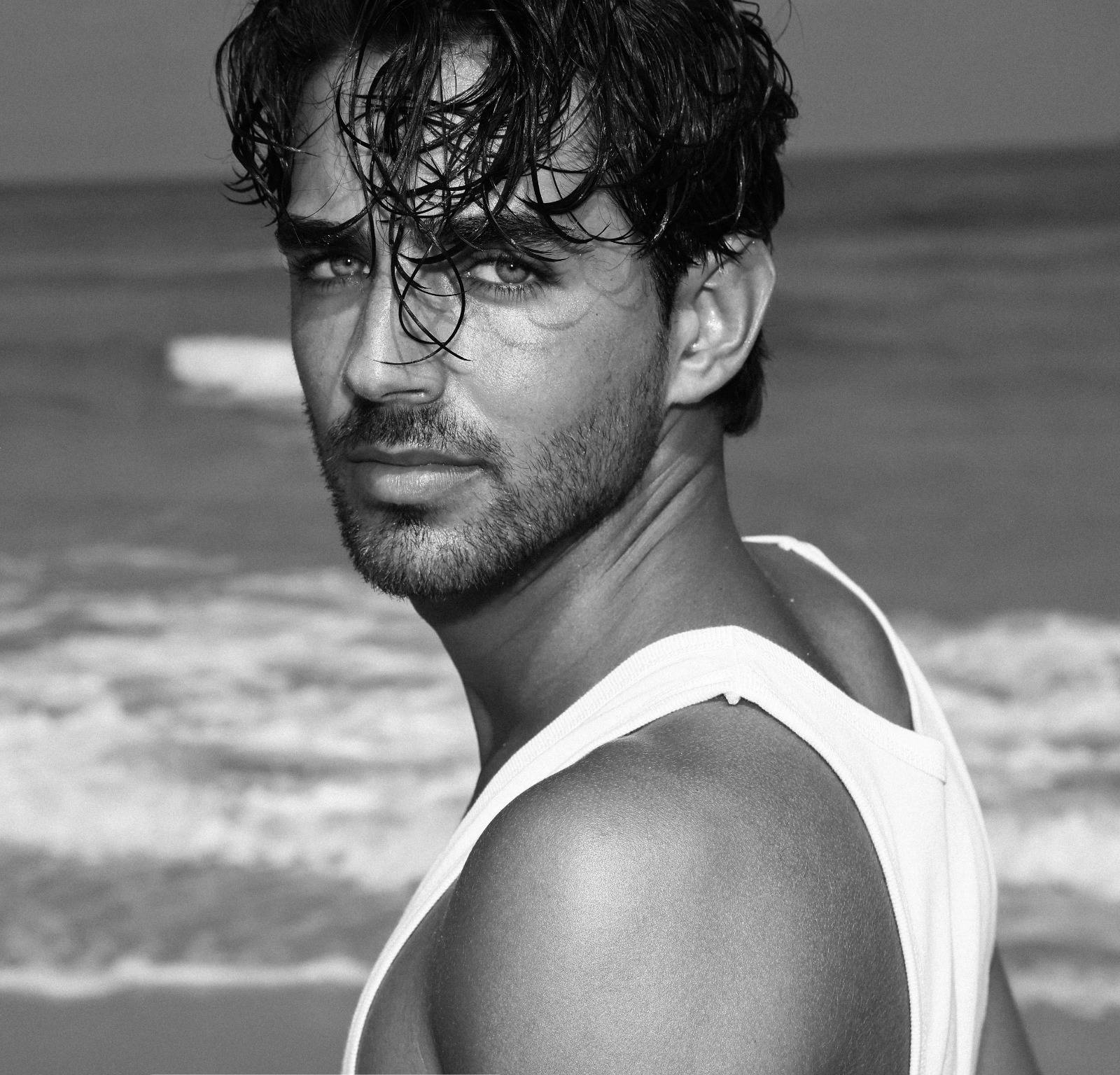 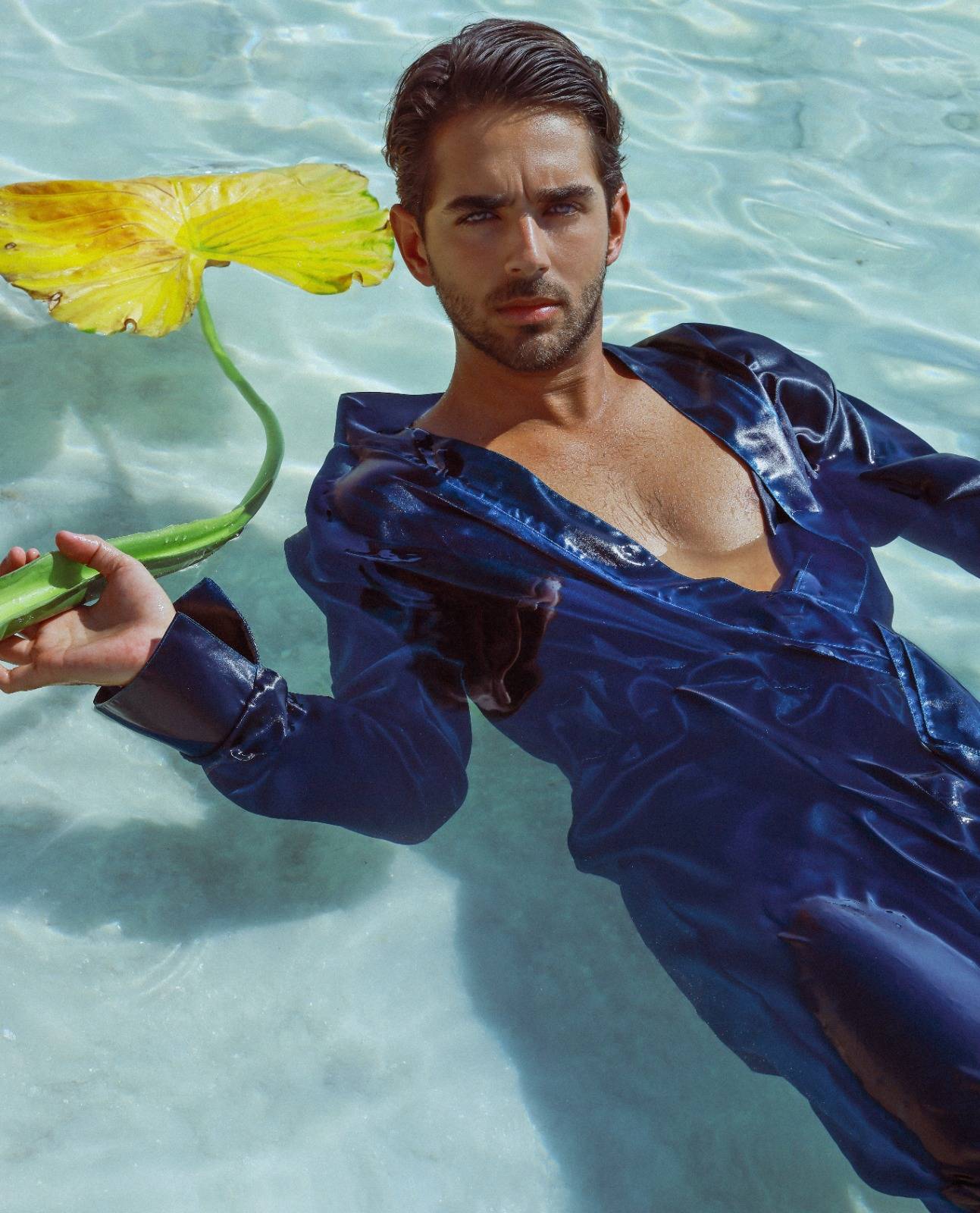 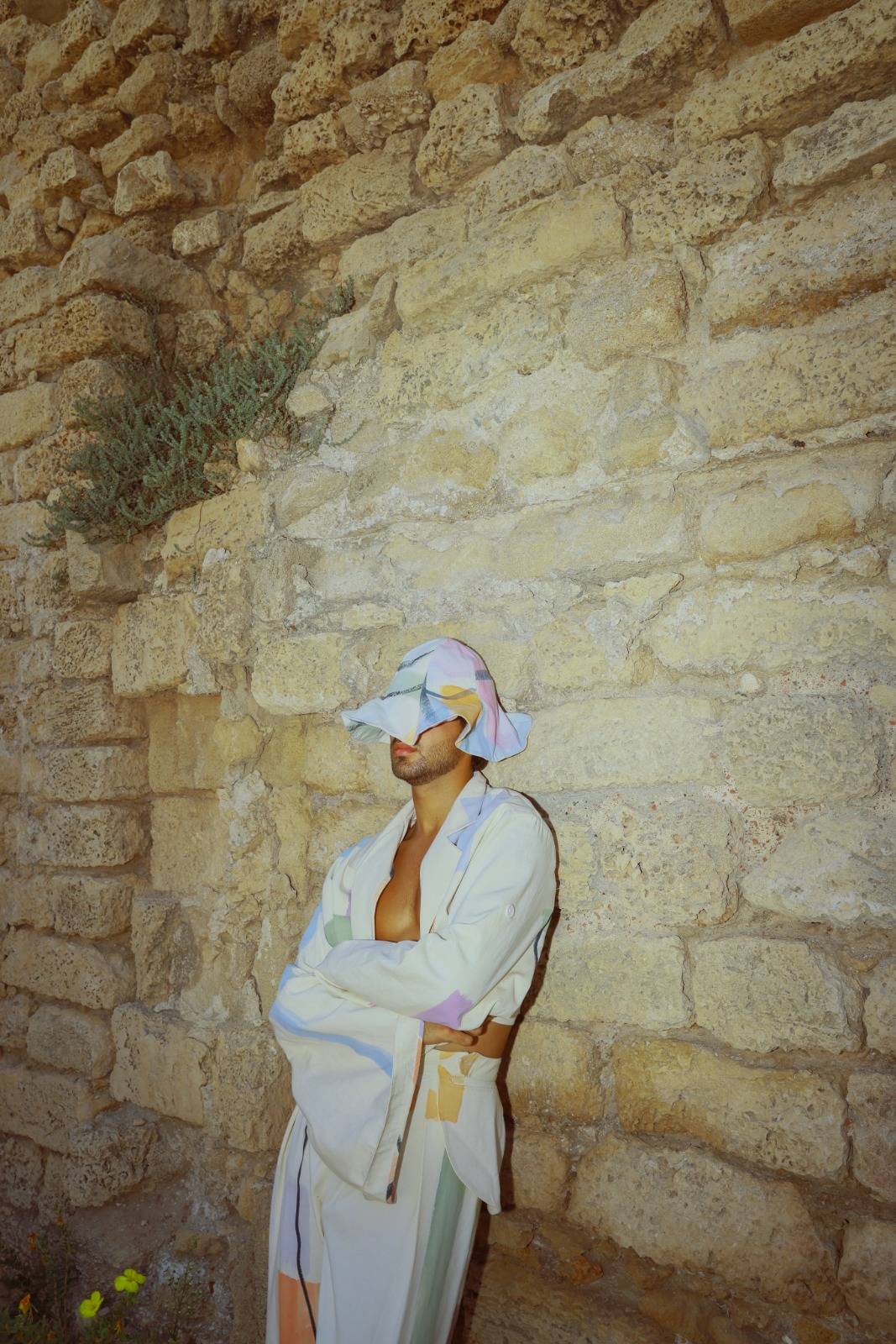