Revenge is a dish best served cold and ALMA has been taking her sweet time to plate up what she’s been cooking. The Finnish pop star’s debut albumHave You Seen Her has been years in the making and she tells Matthew Kent about how it’s just about ready for consumption. 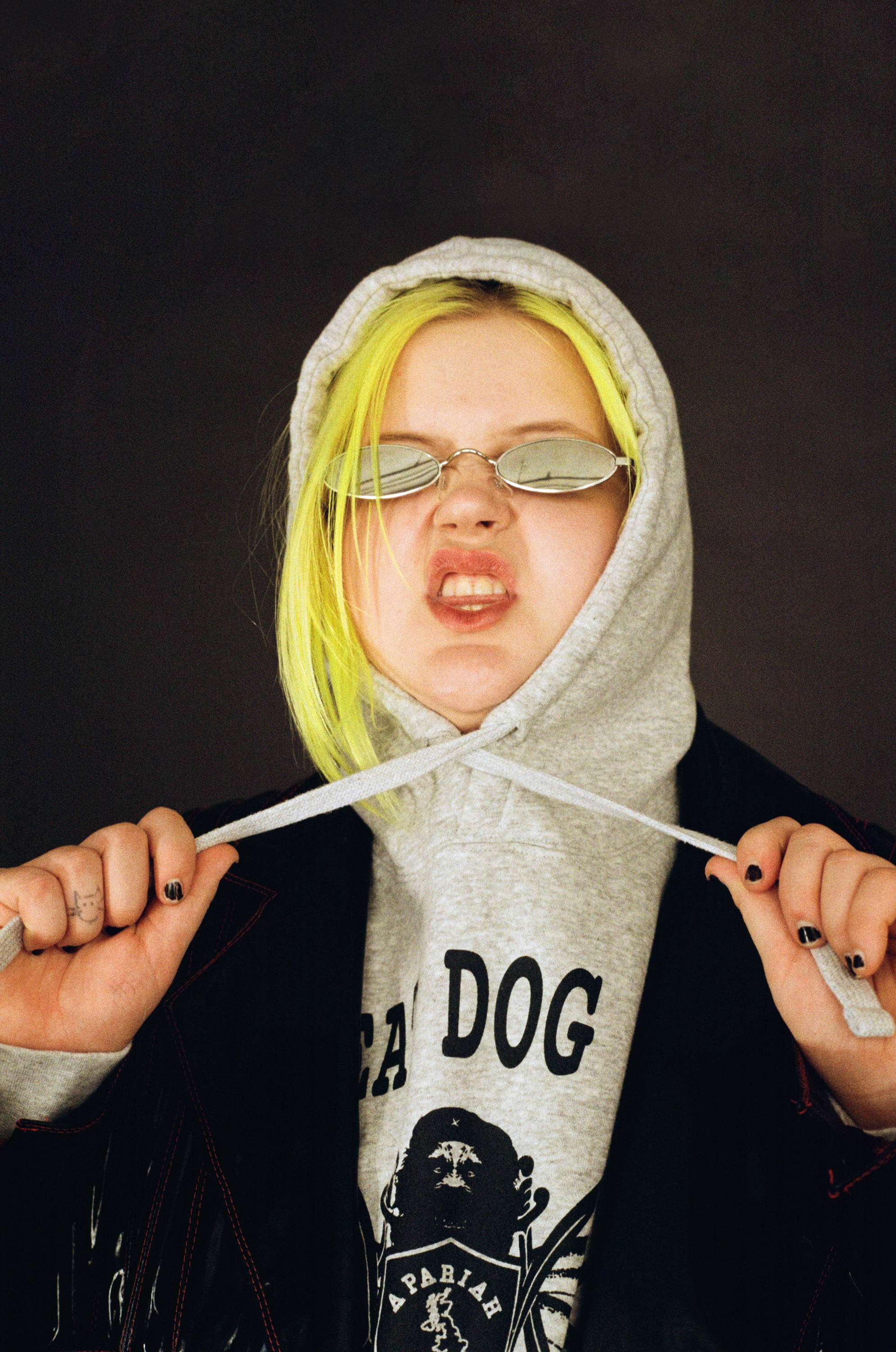 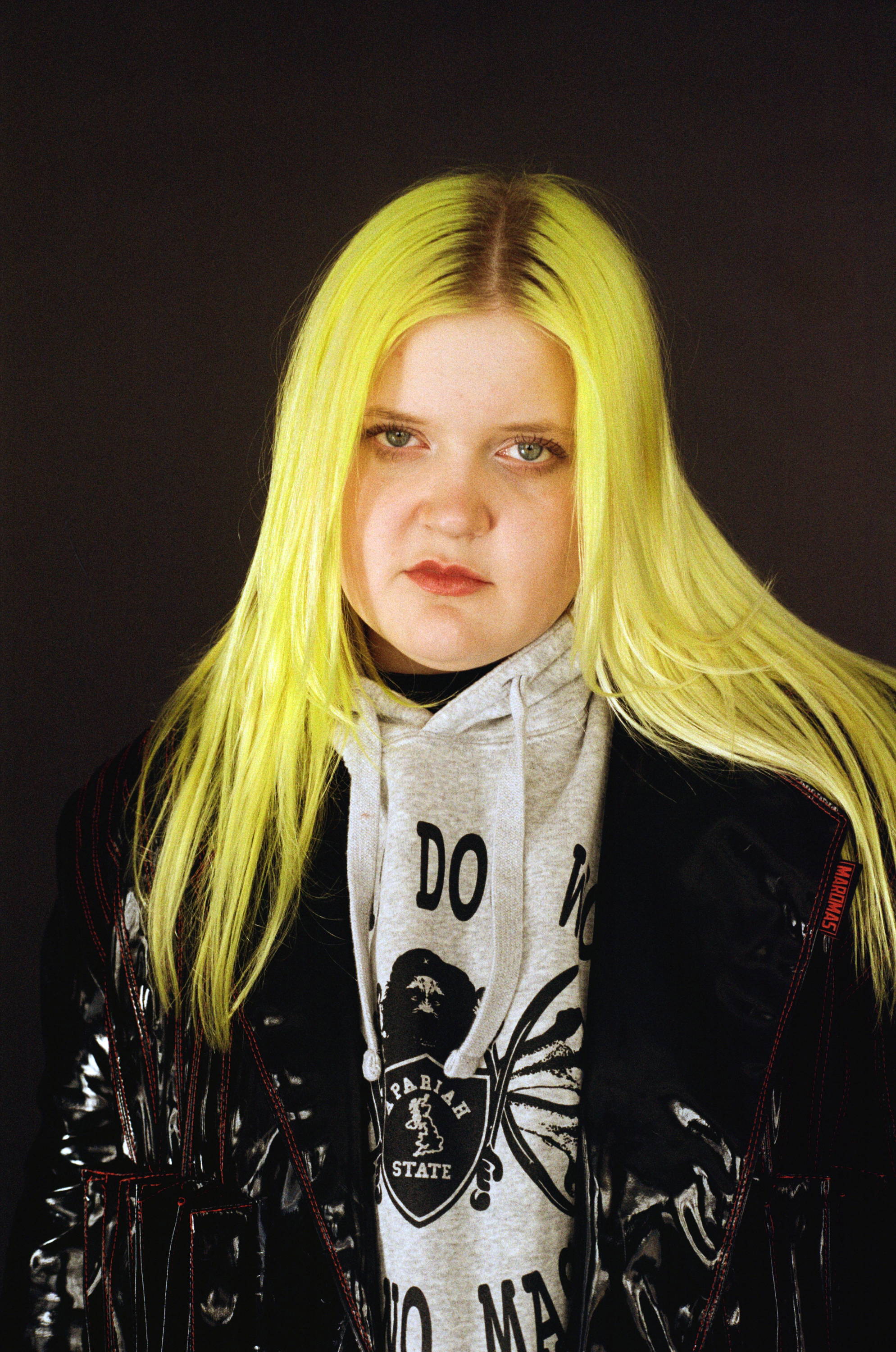 ALMA wears coat by MAROMAS, hoodie by PARIAH and t-shirt by A-COLD-WALL*

Growing up in Finland isn’t easy. Growing up in general isn’t easy, but add eights months of darkness and bouts of seasonal depression into the mix and you can start to understand how Helsinki could have its shortcomings. Disengaged from the education system, it was at school where Helsinki-based ALMA started making her plans to show everyone just what she could do.

At 13, she was being badly bullied and despite teachers willing her onto the stage to share her already promising voice, she had other plans. Plans for revenge, which are now coming into fruition. Revenge is probably the wrong word, but it make sense. “It was either this or I was going to end up dying super angry,” the 23-year-old says. “I remember the day I left school and every song that I make and every time I feel like I can’t do this, [that memory] gives me a lot of energy to do what I love.” To this day, it’s still a powerful influence. “All the best songs I’ve written are about those memories and the amount of anger and thoughts I still have. It was horrible.”

While she describes her story as “ordinary”, it’s clear that it’s not. In fact, she’s Finland’s only rising international pop star. “I’m the only one!” She laughs. “I’ve done this on my own. We don’t have heroes, we don’t have stars. I thought music was just something that rich people do or Americans do or perfect people do…”

ALMA found her voice thanks to the likes of Amy Winehouse and the Jackson 5. She made her mum cry numerous times on a road trip north to Lapland for the summer when she walked in on her belting out Winehouse’s sorrowful “Back To Black”. “I didn’t even understand all the lyrics,” she smiles, “so I was just singing something.” 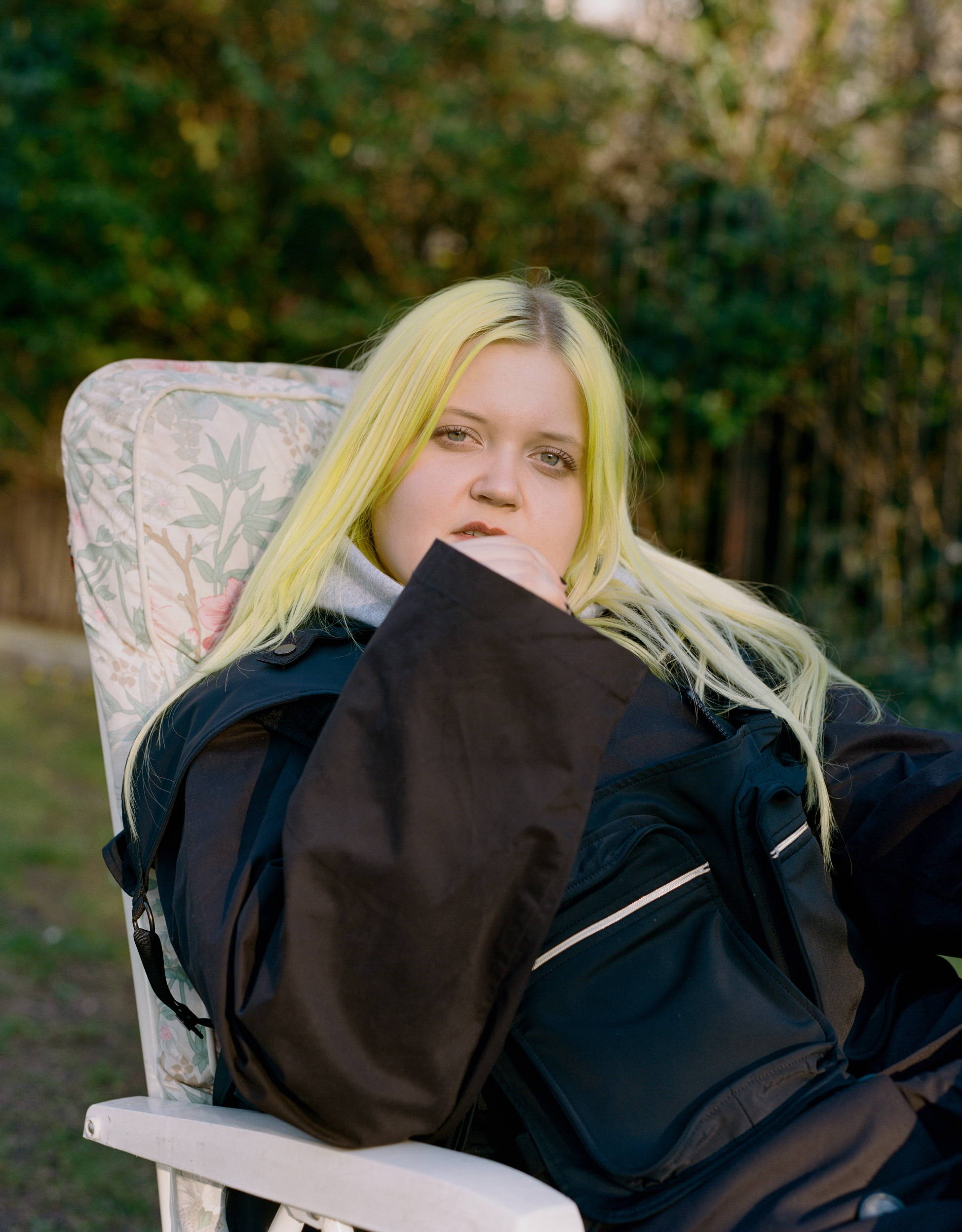 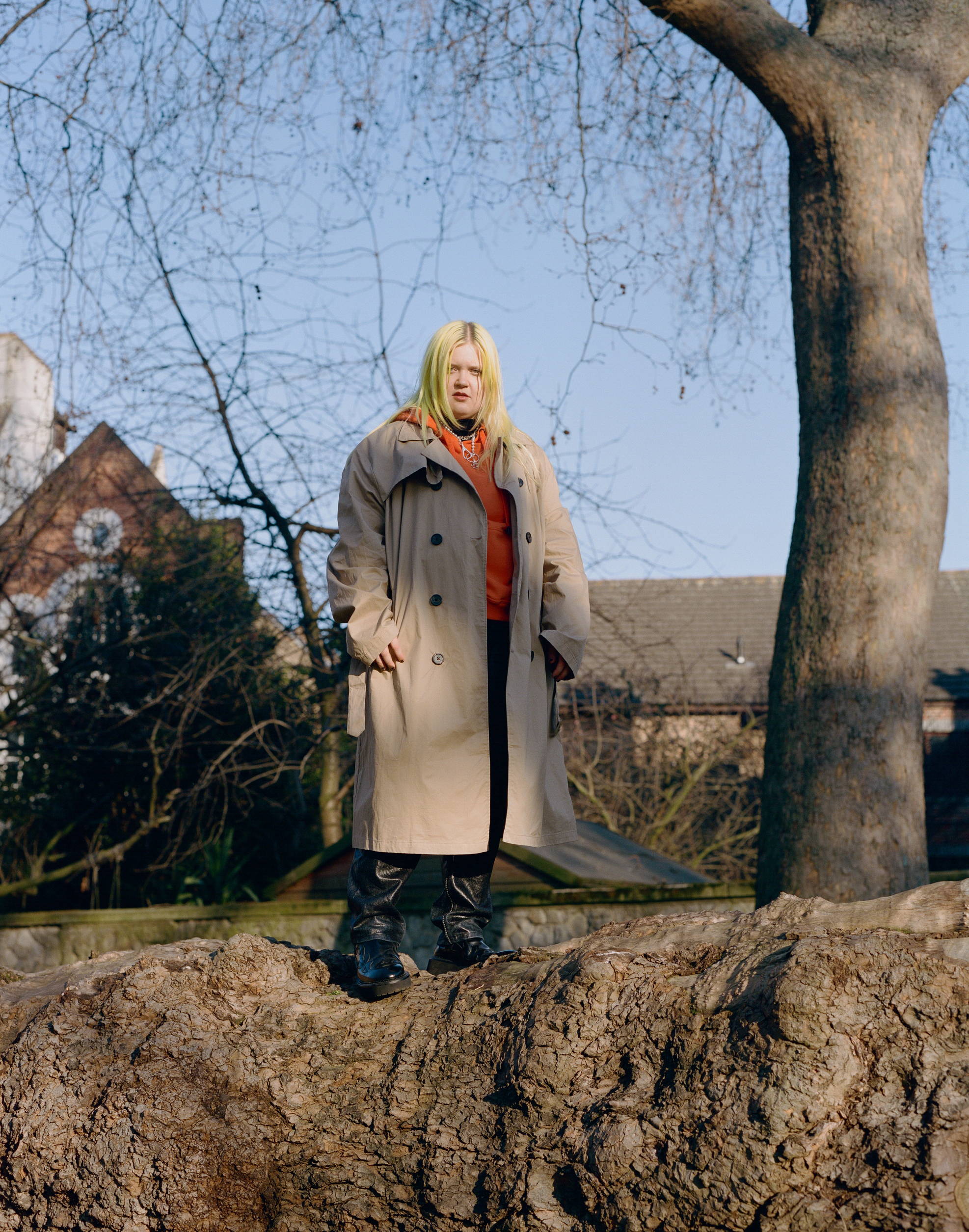 That idea of “just singing something” appears to have stuck and it certainly rings true through her party anthems like “Dye My Hair” and “Chasing Highs”. The singer’s radio friendly tropical-pop hits have been released few and far between - much to her frustration - and while partying is still close to her heart, she’s got a lot more to say now. Referencing the first iteration of her album, which was almost ready to go two years ago, she explains: “I didn’t know how to open up back then. My life was all about partying and I didn’t even what emotions were back then.”

With some help from producers Andrew Wyatt and Justin Tranter, she began to figure out what she wanted to say and it’s a no brainer now. “Why would I just be singing about partying and singing about chasing highs when I have so many things to say?”

For ALMA, the message is becoming clear. It’s evident on tracks like “Cowboy”, “Summer” and “Bad News Baby” that she’s now singing from somewhere different. Her partnership with Justin Tranter has been key. As the executive producer of the record, he’s brought out a more visceral angst and rawness in ALMA’s songwriting as well as a newfound anger in her voice. “What I learnt from him is that there’s not a rule to making a pop song,” she tells me. “I’m not a musical human. I don’t play anything. I’m new and he has always encouraged me to be like that. I do stuff and he says that it’s so wrong and that’s what makes it perfect.”

ALMA has always been passionate, but it’s like her passion has been renewed. Just speaking to her, you can hear the drive and excitement in her voice. “I’ve always hated it when people say something can’t be like that. Why? Obviously it can be. Music is free!” 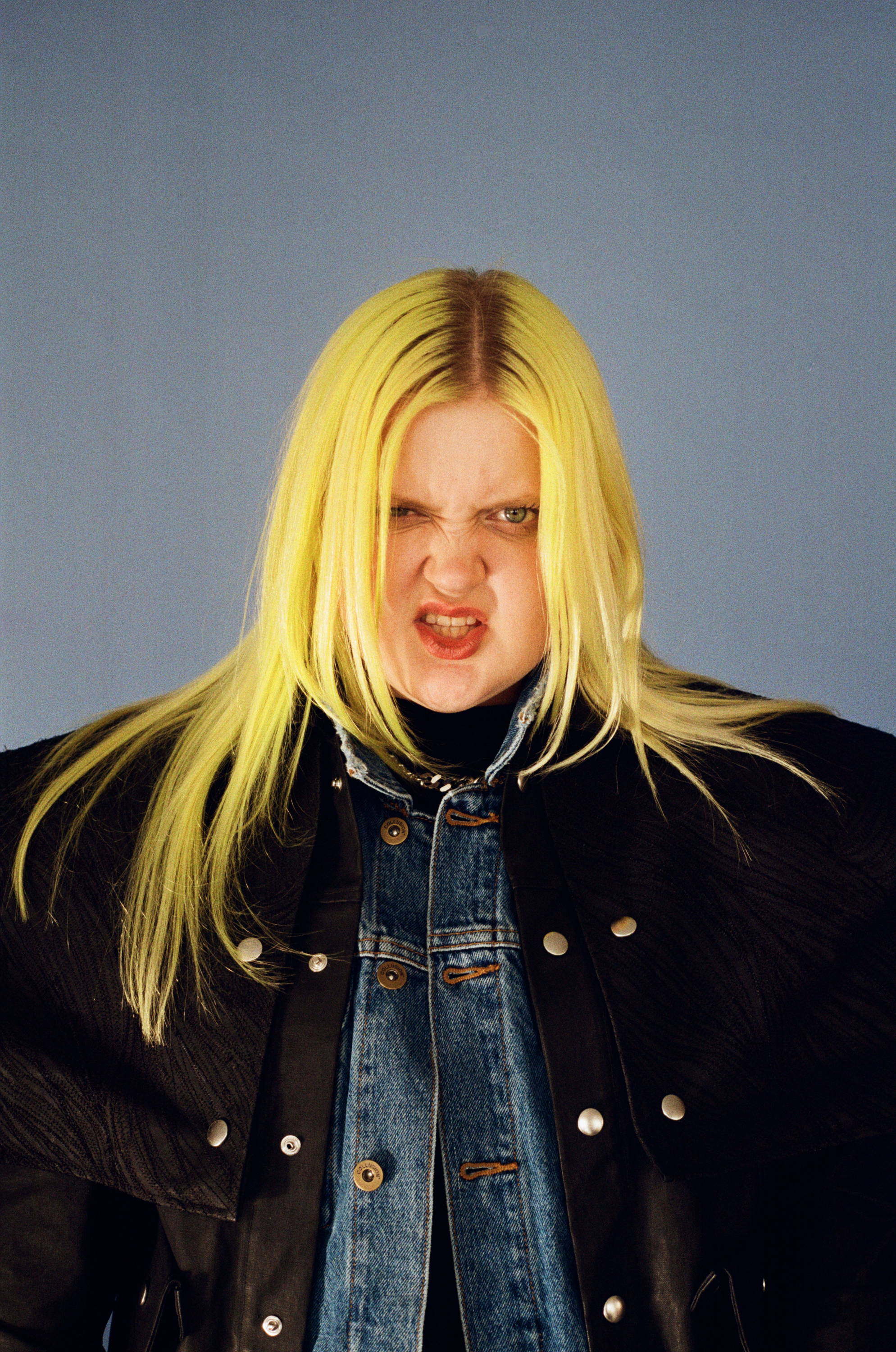 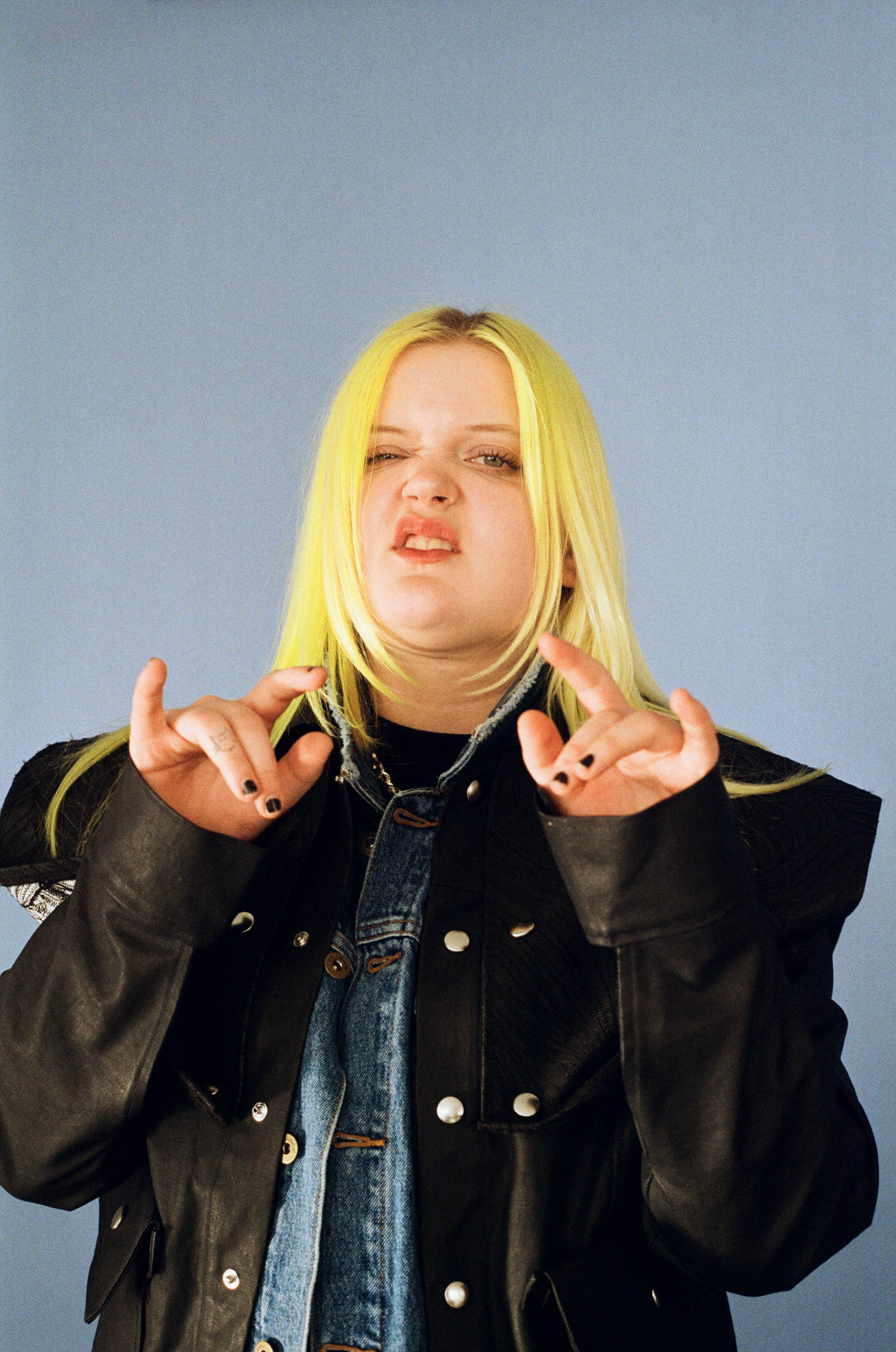 ALMA wears t-shirt by A-COLD-WALL* available at SELFRIDGES, jacket (underneath) by ASOS DESIGN, jacket by ALESSANDRO MONDOLO and necklace by HATTON LABS

This freedom is something she’s embracing with the album and with what she’s sharing with her fans. Having never hidden her sexuality, ALMA is beginning to understand why it’s important for her to talk about it. While her advocacy may have just begun - she’s been out since she was 16 and warmly embraced by the “capital city” mentality of Helsinki - she knows this unfortunately isn’t the same story for every queer kid, adding how much harder it could have been for her in more conservative parts of the country. “For me it’s part of my culture and my friendship group. I never realised, ‘Oh I need to say it out loud,’” she explains. “For me, it’s normal and it’s more different to be straight, which is crazy.” Whether it’s directing the pronouns of her lyrics to another women, or just simply adding a rainbow flag emoji to an Instagram post with girlfriends so they’re not mistaken for gal pals, this is just one of the more important messages on her agenda of increasing the visibility of herself.

Despite her colourful breakout across Europe, it took a while for the word to get around Finland that big things were happening. “I had this huge record deal in America and I was working with all the biggest producers, then when people heard it, I was all over the news!” She laughs. “In one night, I was the biggest star.”

There was only one question on people’s lips: “Have you seen her?” So, the album’s title isn’t a reference to the thing that make ALMA instantly recognisable - her shock of electro-neon hair that still reels in a million questions with journalists back home in Finland - it’s about that narrative of revenge and defying those who knocked her down in the past. “This is the graduation that never happened because of the bullies!” She exclaims. “I couldn’t get school done because they didn’t let me. I did this by myself and now your friends, your girlfriends and boyfriends, are asking ‘Have you seen her?’ and you know the answer.”

Of course she still wants to party and make you dance, but with the album she’s hoping we finally see her. After 10 years of battling past demons, she’s releasing an album that’s a massive ‘fuck you’ to all the kids that doubted her, and it marks the beginning point of her new chapter embracing where she is now. She says it best herself: “I’m gay. I’m different to what you can see from other pop artists. I have so many stories in my head and I think I’m ready now.” 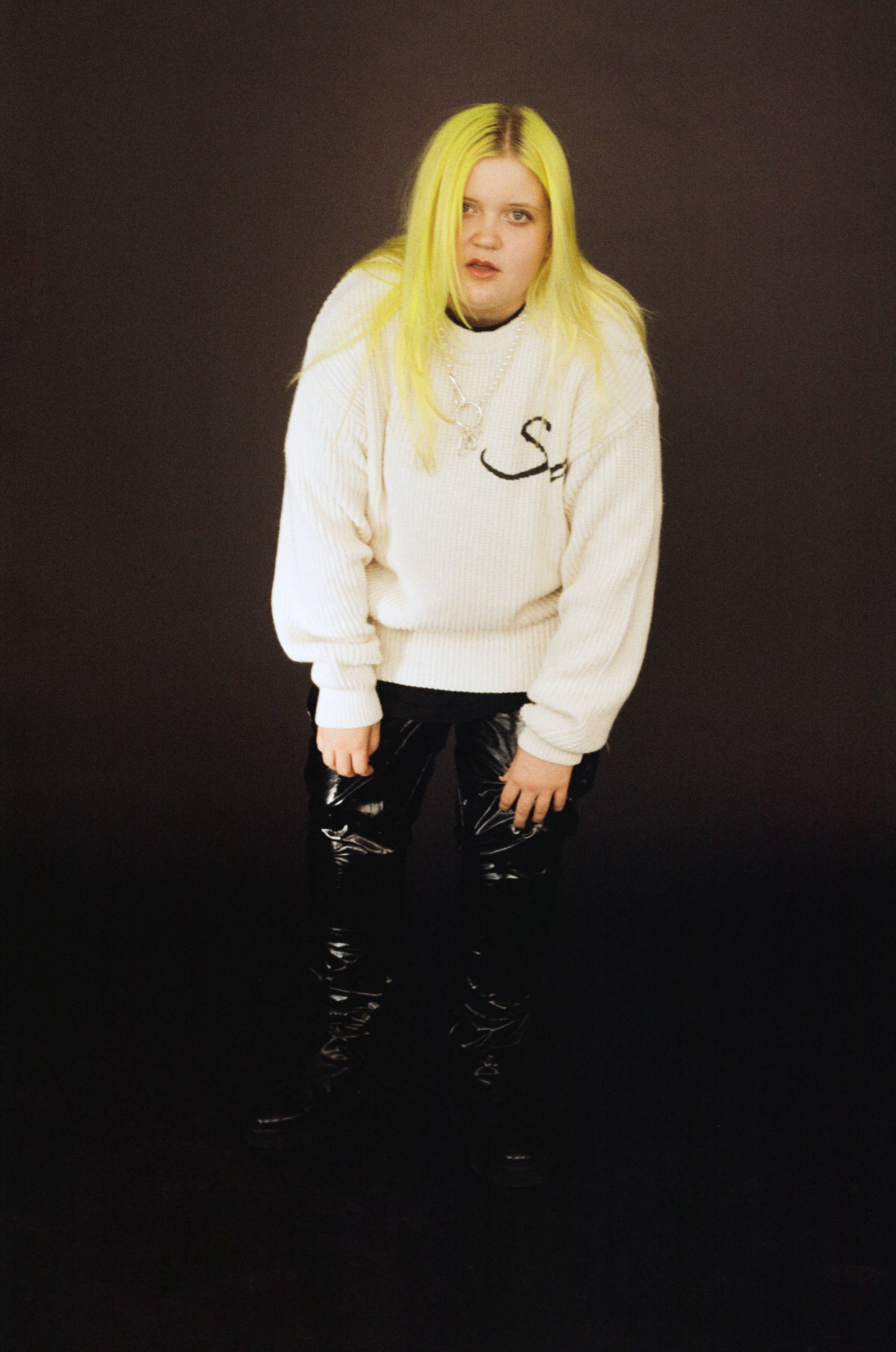 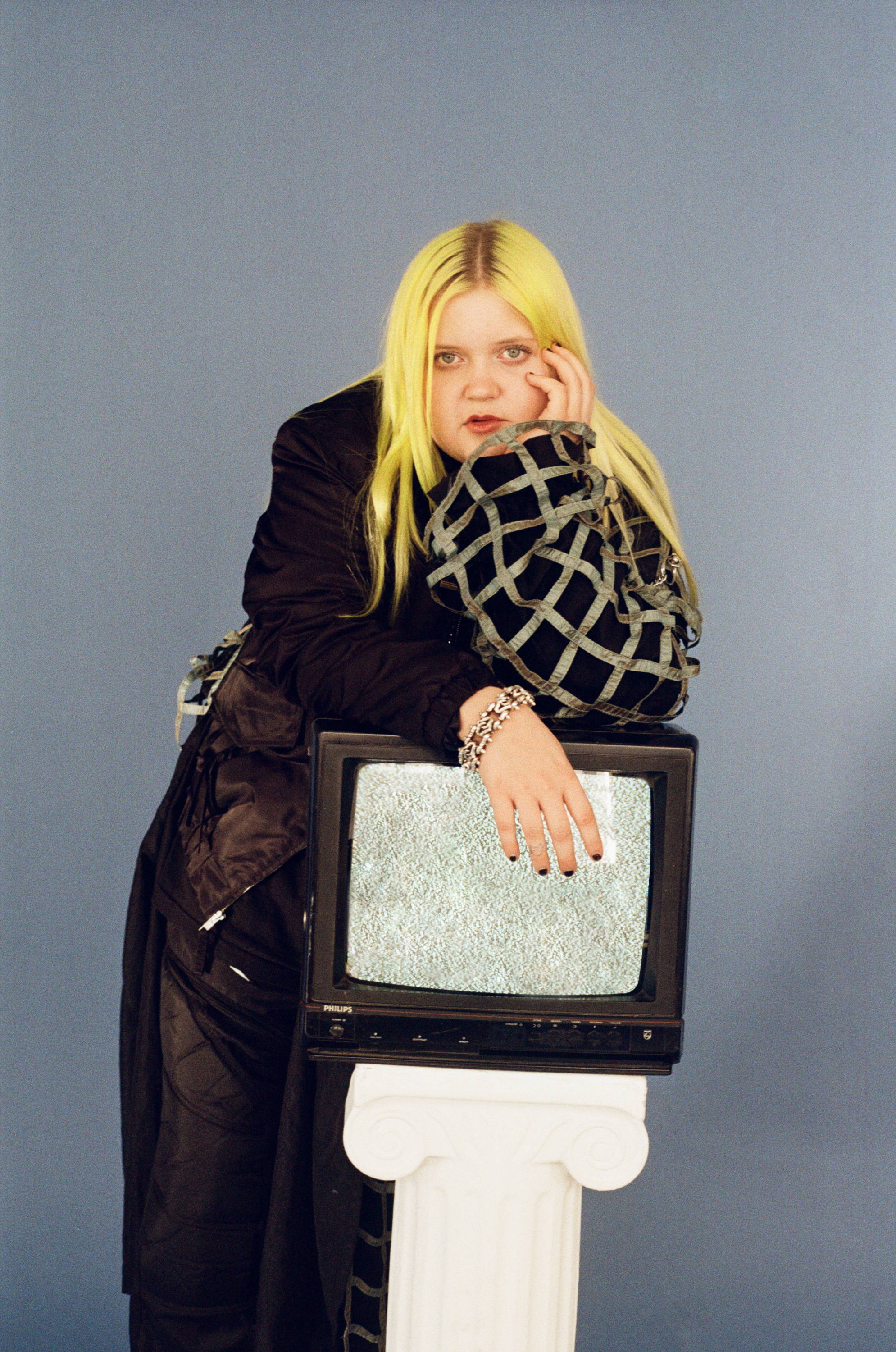 ALMA wears jacket (underneath) by TOPSHOP, coat by YOUTH CLUB INC., t-shirt by A-COLD-WALL* available at SELFRIDGES, trousers by ASOS DESIGN and bracelet by STEPHEN WEBSTER

With thanks to Auntie Sonia's