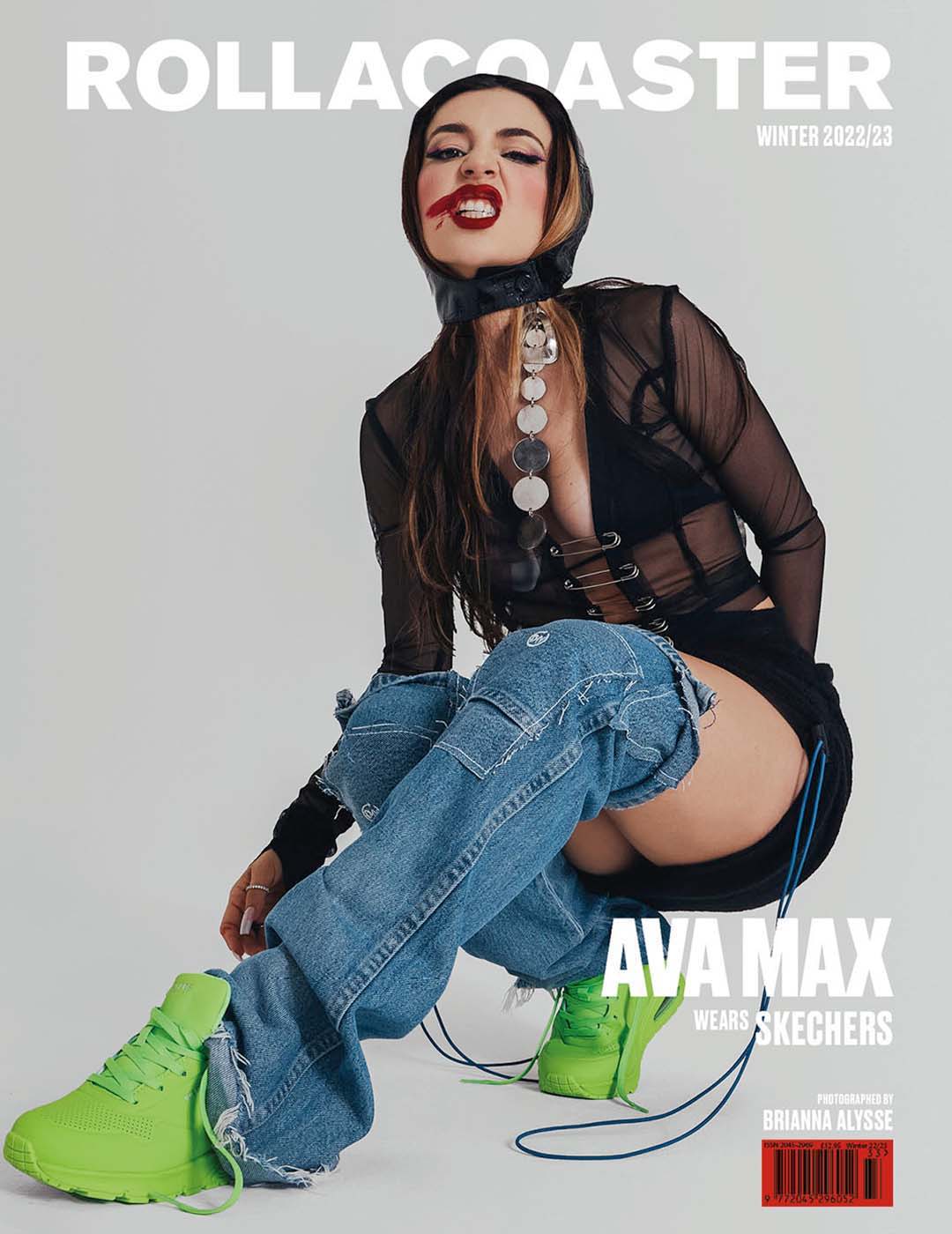 Ahead of the release of her sophomore album, Diamonds & Dancefloors, Ava Max learns to dance to the beat of her broken heart.

“It was an Aries Full Moon last night,” Ava Max tells me over Zoom — camera off because, in her own words, “I look a little crazy right now”. A period of pausing and reflecting, the full moon brought one particular pondering into the 28-year-old singer-songwriter’s mind: this is just her beginning. “I just had this epiphany that I’mat the very beginning. I feel like I’m just starting as an artist. I know I sound crazy, but I feel like I started to rise and then COVID shut the world down and brought everything to a halt, right when ‘Kings & Queens’ started to go big.” Within the span of five minutes, the word ‘crazy’ had left Max’s lips a considerable amount of times — so far thrice, to be exact. And, given that she considers herself a beginner despite garnering 30 million monthly Spotify listeners, five UK Top 20’s tracks, a partnership with global lifestyle brand Skechers and now a sophomore album, I have to attest that Ava Max is, in fact, just that.

This craziness first presents itself within Max’s talent. “I grew up just being able to sing and I found it so strange,” she confesses when contemplating her childhood. Raised by Albanian parents – an opera singer for a mum (or, as Max calls her, “a bad bitch”) and a piano player for a dad – some might assume Max’s ability to sing is merely hereditary. “I was about eight years old when I started to belt out Mariah Carey and Whitney Houston songs. My mum and I were just in shock when I realised I could do it, and while I think genetics definitely helped my voice, I found my own skill and passion in performing.” 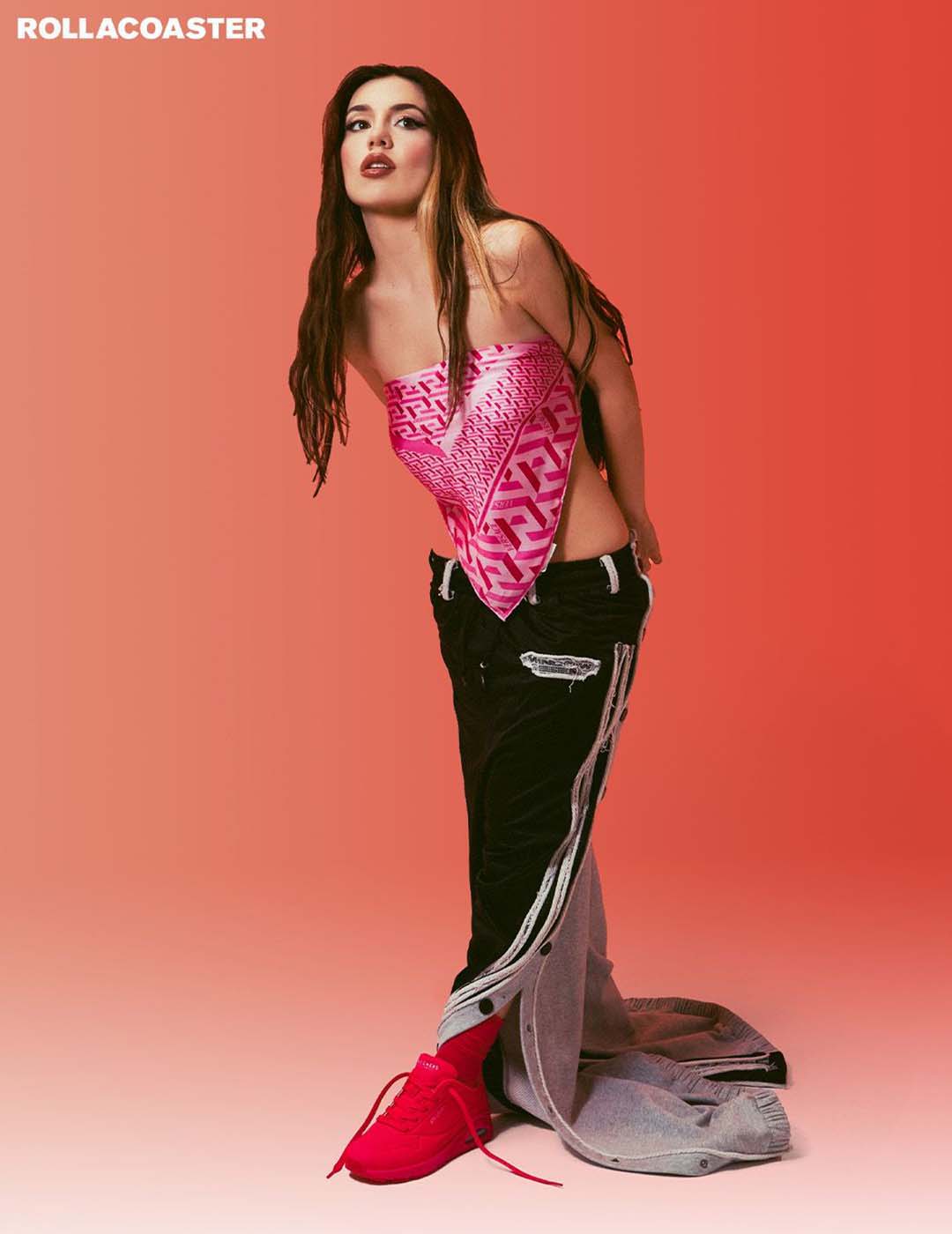 While Max’s proficiency might lie in performing, the first time she went viral was done completely without her knowledge, achieving 2.4 billion views on TikTok. “It’s so funny to me because when I think of my first viral song, I always think of ‘Sweet but Psycho’ when it was actually ‘Not Your Barbie Girl’. It was such a crazy feeling, connecting with fans for the first time through an app I didn’t even know about at the time.” A fierce deconstruction of the 90s Aqua track, “Not Your Barbie Girl” would go on to shape Ava Max into the artist we think of widely celebrated/beloved today: a pop sensation with a well-cultivated knack for female empowerment. “It’s so weird to think I’m classed as a pop artist,” she laughs as I relay this observation. “I was signed at 22 years old to make R&B music, which not many people know, actually”. Transitioning into pop on a total whim, Max finally met her match. “It was a ‘wow’ moment for me. I don’t really know how to explain it. When I made my first pop song, I finally felt like myself. It was just a feeling of, ‘this is who I am and where I’m meant to be’”.

Speaking of “Sweet But Psycho”, the techno-pop track that brought Max’s blend of seductive innocence and cutting darkness to the forefront, I soon learn that Max isn’t the only one to call herself crazy. Speaking of the (failed) relationships that inspired the chart-topping hit, Max recounts, “I was actually called psycho in my last relationship a few months ago. It was horrible and I remember saying, ‘You know I wrote a song about this exact situation, right?’ It’s all about gaslighting, so whenever I find myself being spoken to like that, I just tell them to stream it a few times.” Though not many of us could coin a song that would go on to hit number one in 22 countries following heartbreak, it would appear Max’s mission is to do the legwork for us — dismantling our relationship-induced struggles with her sparkling melodies. “As an artist, I want to be viewed as selfless, loving and giving. I want to give to my fans as much as I can for the rest of my life, lyrically and melodically to help them through their troubles. I’ve had people tell me my music has pulled them out of their hard times and I just think, ‘how is it possible that one song can do that?’ That’s the beauty of music and that’s what I never want to forget.” 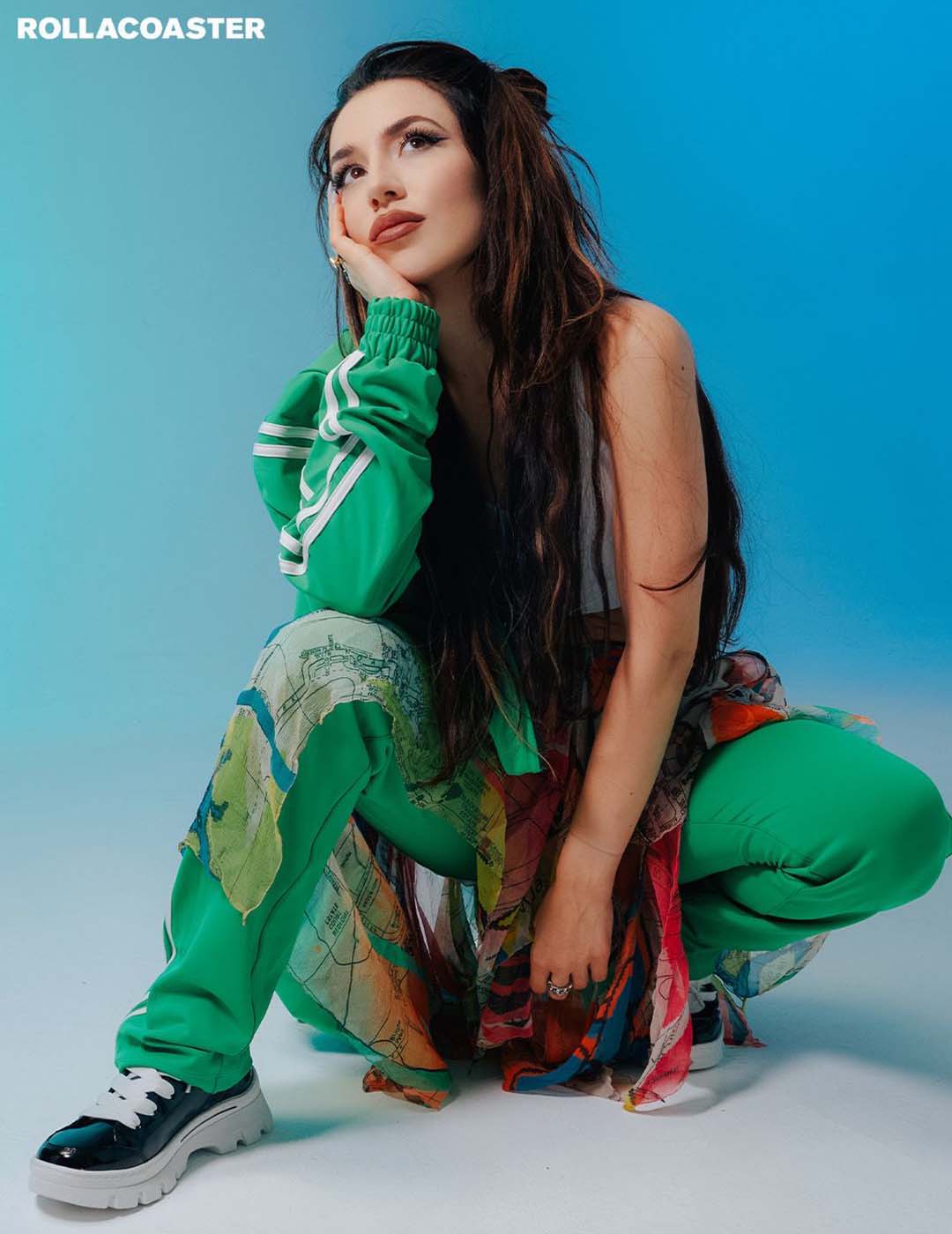 And forget, Ava Max certainly has not. Honing in on her craft, Max cultivated her passion for turning sadness into danceable anthems, an activity that in turn caused Max to bear more of her heart and soul than ever before. “I’m definitely more vulnerable with my personal life now, especially after going through a crazy breakup. It was in June, and I didn’t know heartbreak could feel like that way,” she tells me with a surprisingly upbeat demeanour. “I just felt like my whole world came crashing down. I had to figure out who I was again because I let someone else define me for the past year. I had to find myself again in the last few months and it’s been a journey for sure. I’m stronger than ever now, I look back and realise it was all a good thing. I’m ready to do something crazy.”

So where did that pursuit lead Ava Max? To one destination: Diamonds & Dancefloors. Comprising 14 tracks of cut-throat, stick-it-to-your-ex anthems, Max – fuelled by heartache and enlivened with self-awareness – entered a new era of song crafting that soon birthed the album’s featuring single, “Maybe You’re The Problem”. Led by a pulsating synth-pop production peppered with a surprising 80s influence, the single offers a rhetoric for the narcissistic men who do not allow space for their partner’s voice. “I was going to ask what inspired the track, but I think I might have a pretty good idea,” I tell Max. “Oh, I’m sure. I had a big fight with my ex and I went into the studio the next morning and that song literally fell out of me. The melody and lyrics came together straight away and I listened back to it and thought, ‘yep, this is how I feel’”. 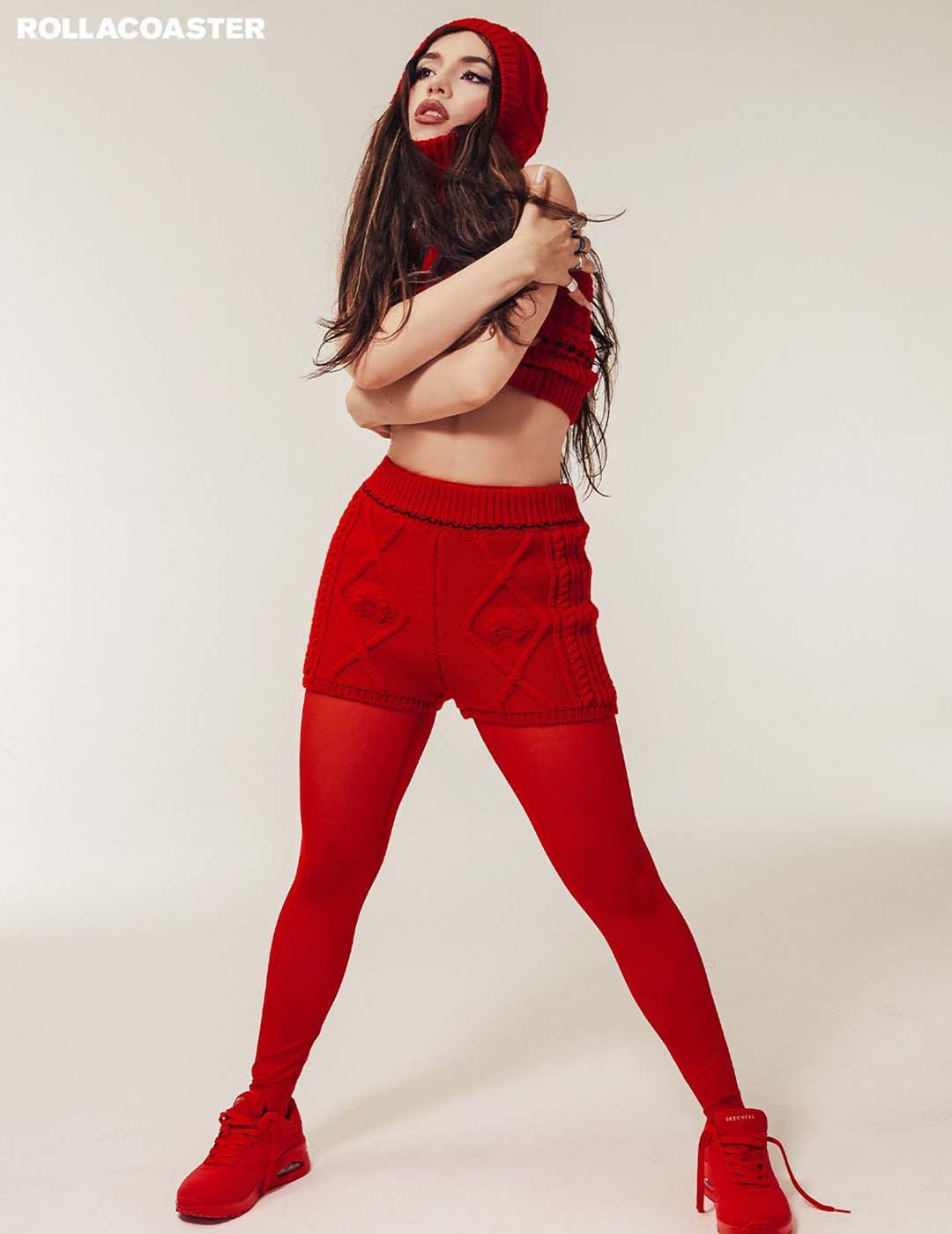 While the forthcoming sophomore album might be her most vulnerable work to date, Max has always led with feeling. “When I’m songwriting, the most important thing is that I have to feel it. If I’m in the room with producers and I’m not feeling the production or lyrics or if it doesn’t feel like me, I can’t get behind it. It couldbe as little as a drum sound being off, or a note being too high-pitched. When I go into that booth, I have to want to dance to it straight away. If I don’t, I know it’s not a song that I’ll love.”

Though the danceability of a song might well hold a top spot in Max’s album curation process, Diamonds & Dancefloors takes listeners far beyond the flashing lights and glamour of a late-night party. “There’s so much sadness and relief in this album,” she digresses. “I’m not scared of the bad anymore. It’s an emotion we all feel and it’s okay to feel that way. Writing Diamonds & Dancefloors allowed me to realise all of my fears and turn them around.” And, through this very process, Max discovered a new sound: one that beats even louder, flooding the veins of her artistry with raw emotion, new-found confidence and a fresh approach to music.

For Max, this was a realisation that transpired during the creation of “Million Dollar Baby”. “I completely changed when I wrote this one. I don’t even know how to explain the transition because it felt so monumental to me. I totally switched up my writing process, and let my real-time emotions do the talking. It’s so weird listening back to it because I’m essentially living through my music, which I don’t even think my fans know. My songs have helped me through my life, it’s almost like I plan it,” Max says, simultaneously protesting that this is absolutely unintentional. “‘Million Dollar Baby’ presents me at my strongest, which is exactly how I felt when it finally came out.” 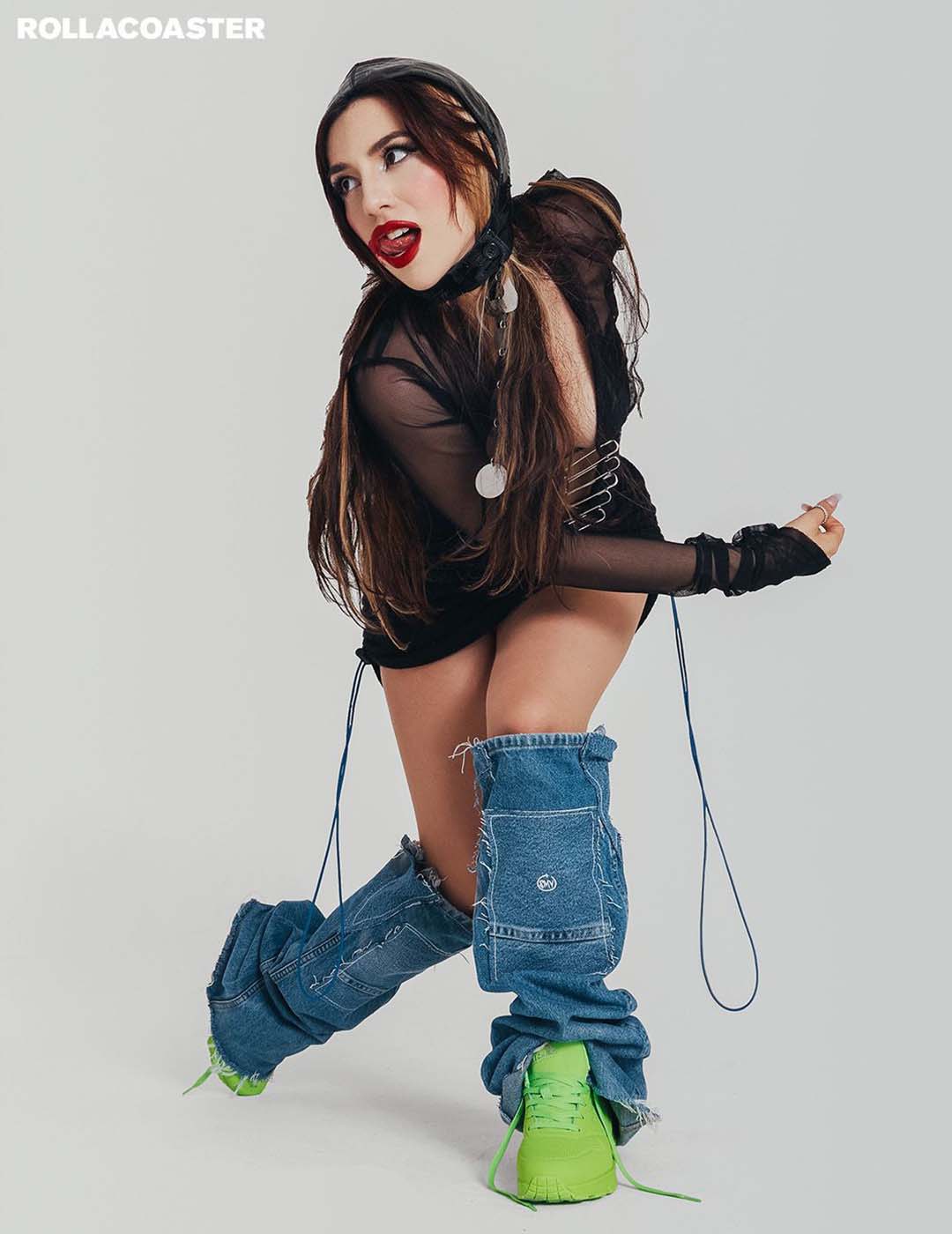 With talks of transformation and new beginnings becoming somewhat of a theme in our conversation, Max could never be accused of being afraid of change — no less limited to the kaleidoscope of colours she sporadically dyes her hair. “I think change is a good thing,” she asserts. “Sometimes I felt connected to something so much that I wouldn’t want to change it, whether that be my hair, my music, my style or the company I keep. But I don’t want to feel stuck to anything. I’ve learned that change means evolution, which you have to embrace to be better. We all want to control the future, but I really believe our future is written. You have to be prepared to stick along for the journey.”

Equipping herself for the ride, Max not only picked up her mic, but also a brand ambassadorship with the global footwear company, Skechers. “It’s unbelievable that I’m working with such an iconic brand that’s been around for so long and worked with so many pop stars, like Britney Spears, Christina Aguilera and Camilla Cabello. I look up to Skechers, and their lineup of ambassadors, so much.” Having previously featured Skechers in her 2021 “My Head and My Heart” music video before officially joining the brand earlier this year for a campaign to highlight the popular Skechers Uno fashion sneaker, Max marries her love of colour and change to showcase a lineage of trainers that “felt like [her]”. “It’s no secret I love vibrant colours, I just gravitate towards happiness. I’m actually a very happy person,” she says, of course stating the obvious. “And now I have a Skechers collaboration launching in select markets around the world. It started with me in a room with their team picking the colours and shoelaces. Seeing the finished Skechers X Ava Max product felt like I was looking at myself, I chose everything that is me. I think doing this project allows my fans to get a glimpse of the real me.” 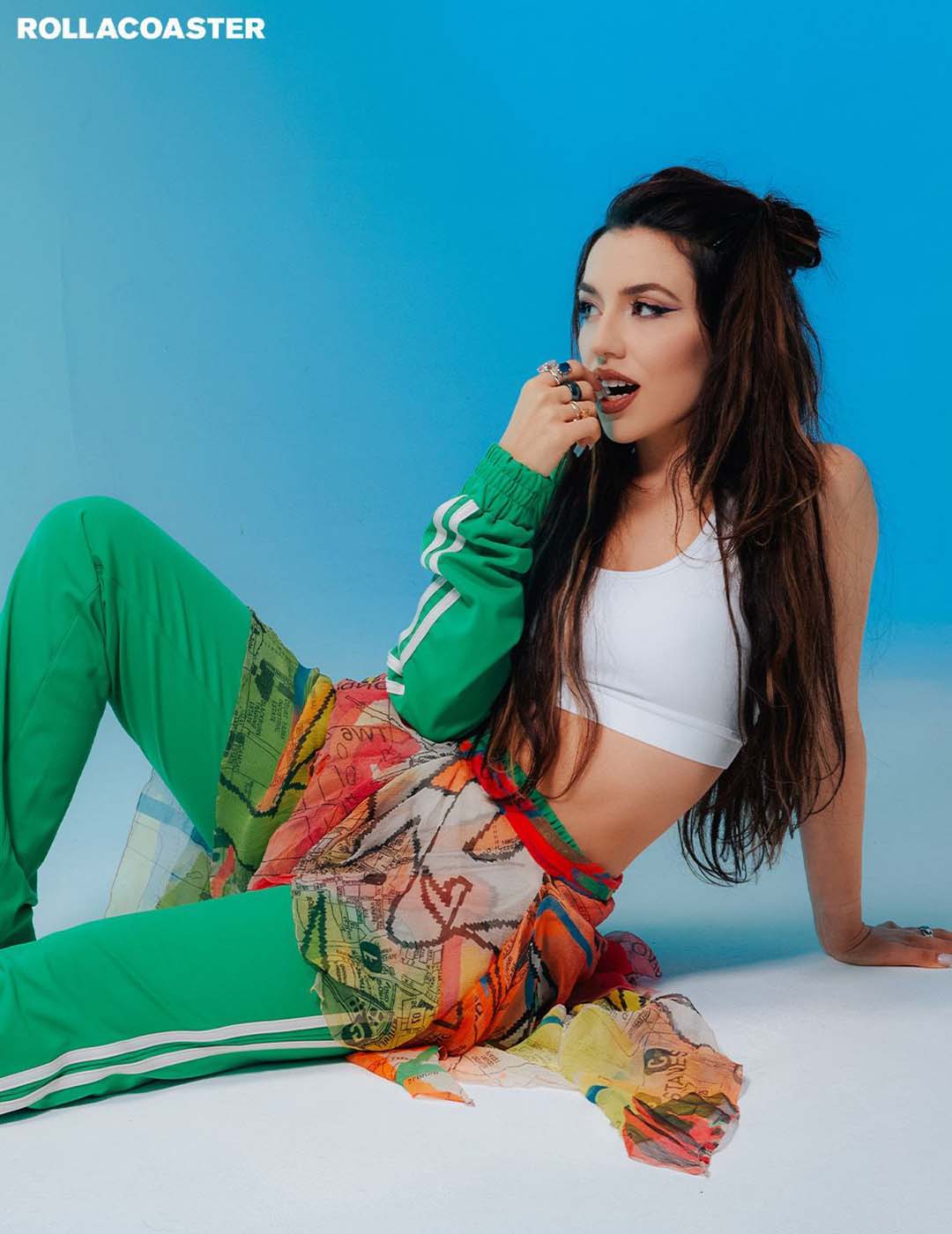 Embarking on experiences anew, Max will launch Diamonds & Dancefloors on January 27th, setting the past hardships that inspired the album ablaze, leaving a whole new identity for the Albanian-American artist in its wake. “I hope people see a new me,” Max reflects. “No one really sees the silly goofy side of me that my friends do. They keep telling me to start making TikToks and I don’t know if people would like that but I want to try”. Yet, having watched Max in action in her latest music videos – whether she’s killing off her antagonist while applying lip balm in “Maybe You’re The Problem” or pulling a dagger from her own heart in “Million Dollar Baby” – I can’t help but wonder exactly how weird the real her really is. “Oh my god, you’re not even ready. There was one instance when I was at a bar with my friends and some random guy pushed my friend in a really forceful manner. I grabbed his tie, poured my drink into his suit and said, ‘Don’t you ever push a woman ever again’. He looked at me like I was crazy, but he was the crazy one.”

Spilt vodka cranberry aside, I’m not so convinced this is a story of weirdness so much as it is a story of Max’s personality. Fearless, fierce and unabashedly protective, some may call her crazy — maybe even a little bit weird. But then again, maybe we all ought to be too.

Special thanks to MSA Studios