Rising-star Andrew Matarazzo has expanded on his success as an actor into the world of music. Following roles in Teen Wolf and an upcoming feature in He's All That, Andrew has spent the last year releasing music. Ranging from covers of hits like "Bad Guy" and "Bennie and the Jetts" to recent original song "New York", this young artist is steadily building anticipation for more.

Andrew Matarazzo sat down with Rollacoaster to disucss his transition into music, the origins of his new song, and the inspiration his draws from his background. With the music video for "New York" dropping in May, the full depth of Matarazzo's talents as a multi-hyphenate artist is only just beginning to be revealed. 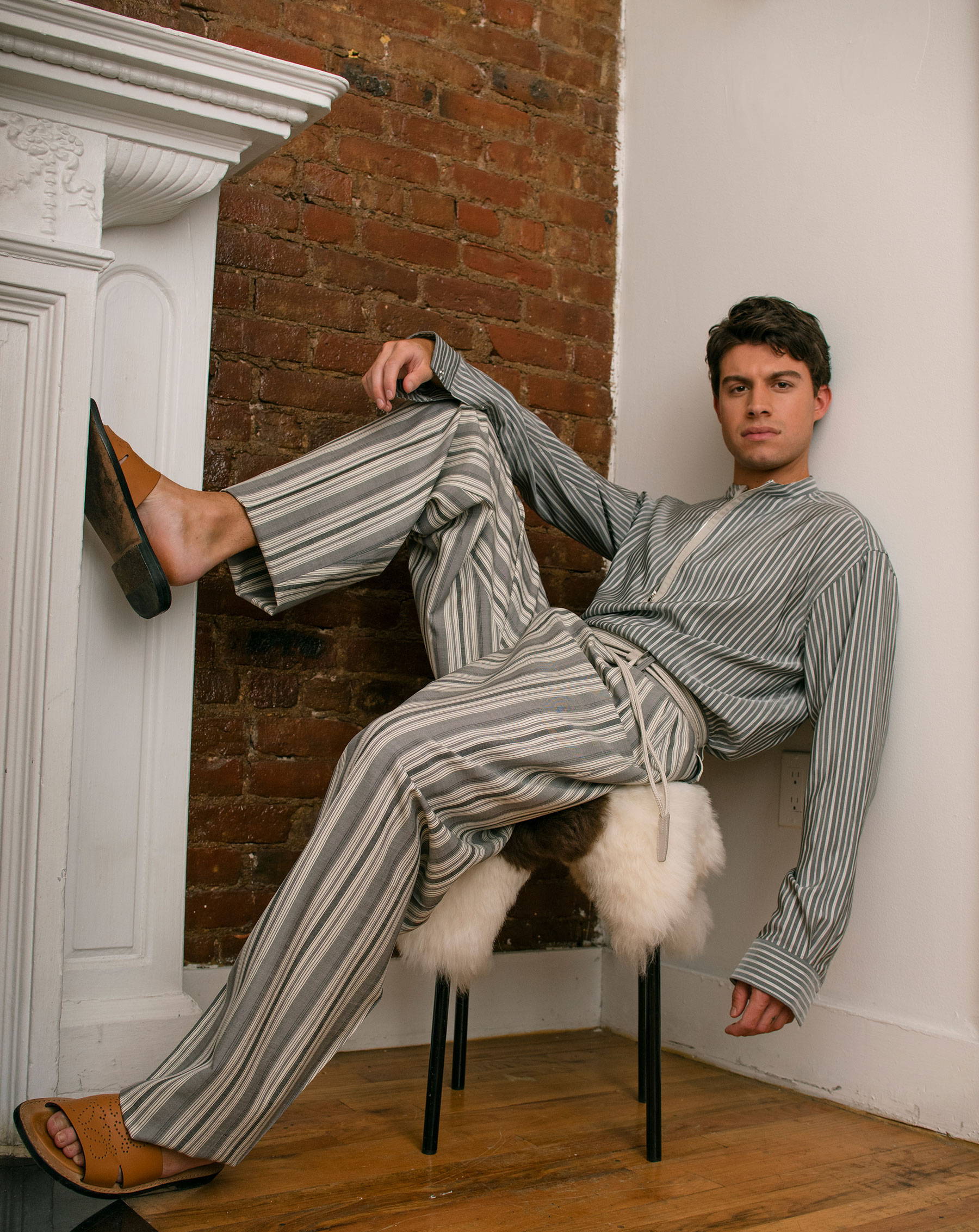 Henry Petrillo: How have the unusual circumstances of the past year allowed you to focus on or discover about yourself?
Andrew Matarazzo: It made me feel very mortal and put so many things into perspective. I think the biggest shift for me was my drive doubled. I feel like now I am making up for lost time and I am so inspired to be working on as many things as I can while I can. We never know what tomorrow will be like.
HP: As someone with a background in acting, what was the moment you decided it was also time to pursue music professionally?
AM: It happened very organically. I have always been into music, but my musician friends in my life really encouraged me to stop blocking my talents by saying music was something I did “just for fun.” Once I gained some confidence and committed, I felt very empowered and comfortable in honing in on that side of myself.
HP: You just released your latest single, “New York,” can you talk about the inspiration for the song and your relationship with the city?
AM: I have so many happy memories in New York, and it had been almost two years since I had returned. I had this immense fear that going back would feel sad since that phase of my life was over, and so much time had passed. I wrote the song from the perspective of being there -seeing and feeling all these nostalgic memories, and moments with people from your past that you don’t talk to anymore. It was nice to be able to walk through that lyrically before going back.
HP: Your music video for “New York” focuses on the city - what about New York were you hoping to achieve visually?
AM: To me New York has such a nostalgic, classic energy, even if you’ve never been. The idea of the city is infused into society and pop culture. I wanted to capture it in the way classic films do. We shot entirely on film with Super 8 to give the city that romantic, classical feel. I also wanted the shots to feel very alone and empty, rather than busy and lively like New York is known for.
HP: What are your ambitions for the musical side of your career going forward?
AM: I just want it to be symbiotic with my acting career and mesh the two worlds as much as I can. I’ll have an EP out by the end of the year and hopefully once all the venues are open, I can start testing out small shows and build from there. I ultimately just want to keep my passion and drive for it, because that’s what makes it rewarding for me.
HP: You were born in Brazil, attended school in the UK and work in the US - how do all these aspects of your background inform your performances as an actor?
AM: I am so incredibly lucky that I have all these different cultures integrated into my identity. I think it’s really shaped how open I am to different walks of life, and when it comes to my craft I think because I started serious training in the UK, it gave me such a high bar for work ethic and craftsmanship. I feel it gives me a very specific sense of who I am and want to be as an artist going forward.
HP: What project are you currently working on or just finished that you are most excited for people to see?
AM: I am very proud of my current single New York and the music video we created for it. It was a massive accumulation of so many artists in my life coming together to bring it to life.
I am filming two projects at the moment that are hopefully out by the end of this year.
More music coming, and He’s All That hits Netflix Aug 27th.
Photography: Chris Fucile
Wardrobe: Kevin Breen
Grooming: Rachel Burney
Talent: Andrew Matarazzo 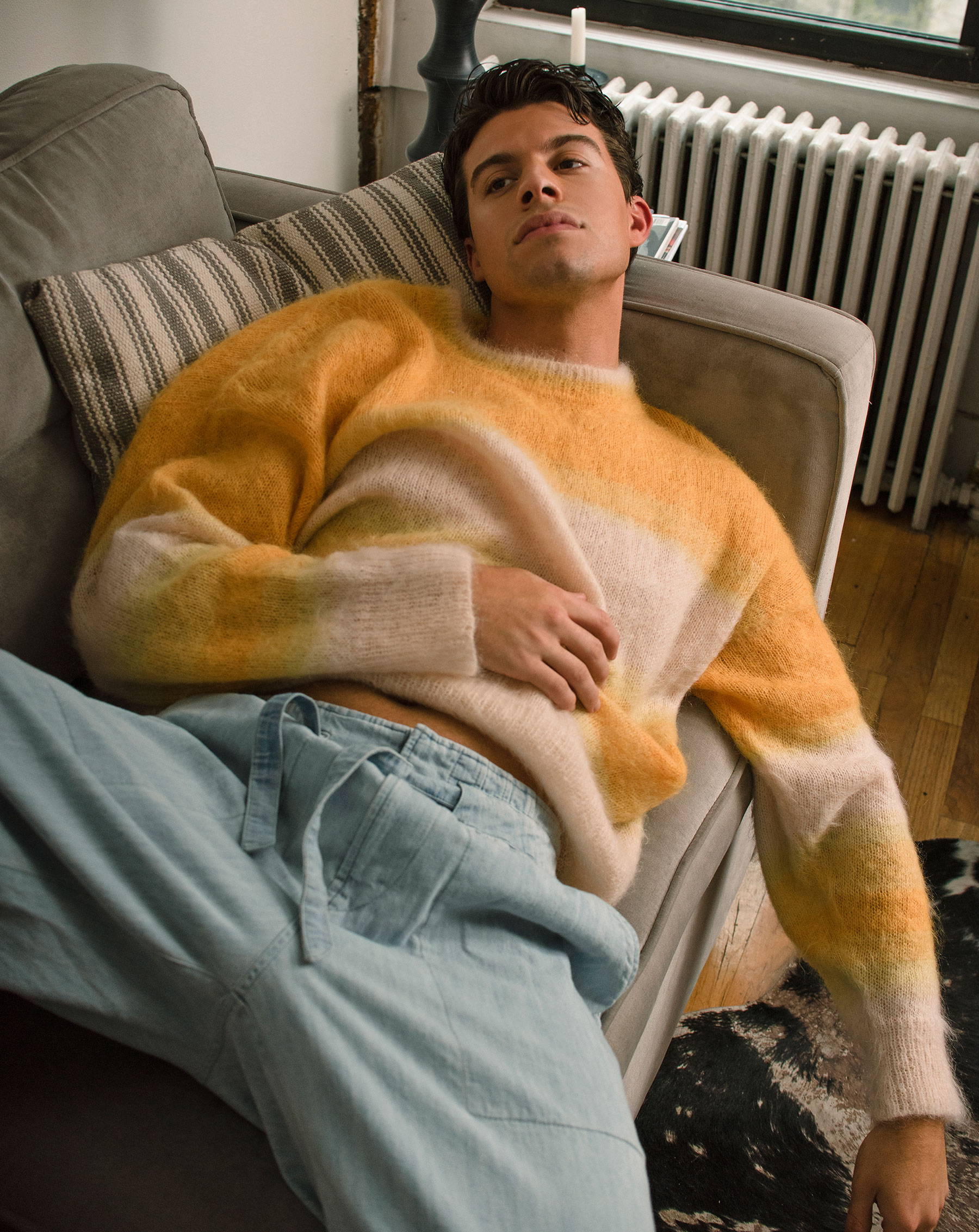