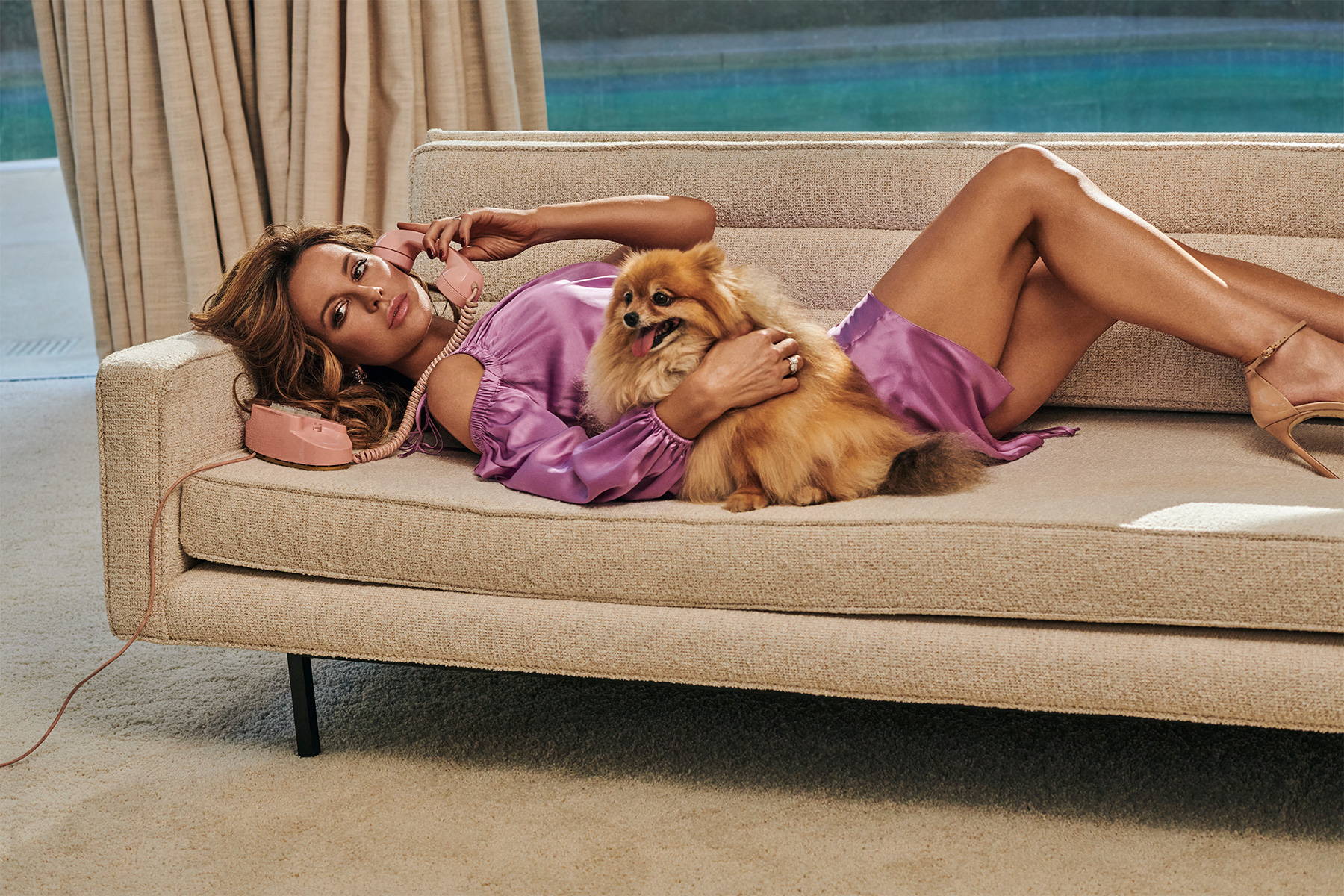 Kate Beckinsale arrives at the shoot in a silk Zimmerman pantsuit and stilettos, an immaculately coiffed Pomeranian in tow. Her English politeness almost catches you off guard - she is so fabulous that you don’t expect her to be so humble and well-mannered, let alone remember the names of everyone on set. But she does. There’s no diva behaviour here, she instantly commands the room without demanding it. People who bemoan the fall of Hollywood glamour and grace, replaced by Tiktokers in sweatpants and sneakers, need only meet Kate Beckinsale to have their faith restored.

If they can’t do that, they can at least watch Beckinsale in her latest action film starring role. In “Jolt” she plays sardonic Lindy, prone to bouts of murderous rage so extreme that she has to shock herself with an electrode device to control her impulses. When the man she loves is murdered, Lindy decides to embrace her anger and seek revenge. As Beckinsale explains in conversation here with confidante and fellow actress Molly Shannon, “Jolt” may have the tropes we’d expect from a Hollywood action flick, but it’s “actually pretty subversive”. This is, after all, a heroine wholly resisting the pressure to be polite and acquiescing to dangerous men. Lindy also has the dry British sense of humour which Beckinsale shares, to the extent that some of her own writing crept into the script. 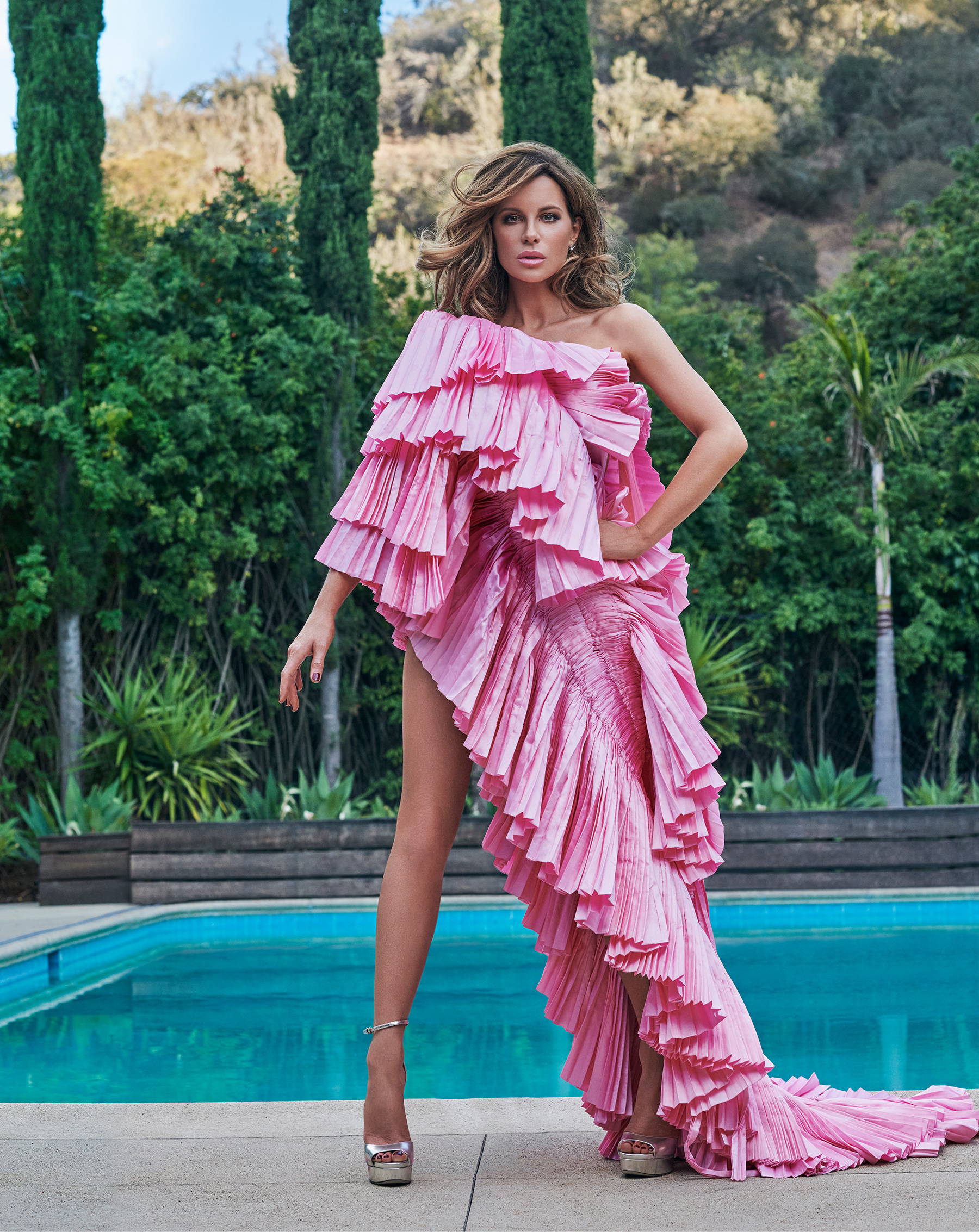 Speaking about the film, now streaming on Amazon Prime, she exclaims, “it’s really hard to get a female character with a full spectrum of colour into this kind of action movie, and having done a couple of those, I’m really pleased with how many layers to Lindy there are, from her humour to her vulnerability. It feels like a groundbreaking move.”
Here, the two actresses discuss Beckinsale’s role in the action-comedy, why she finds Instagram liberating after years of people speaking for her, and how arriving in Hollywood as a young single mother helped, rather than hindered, her career. 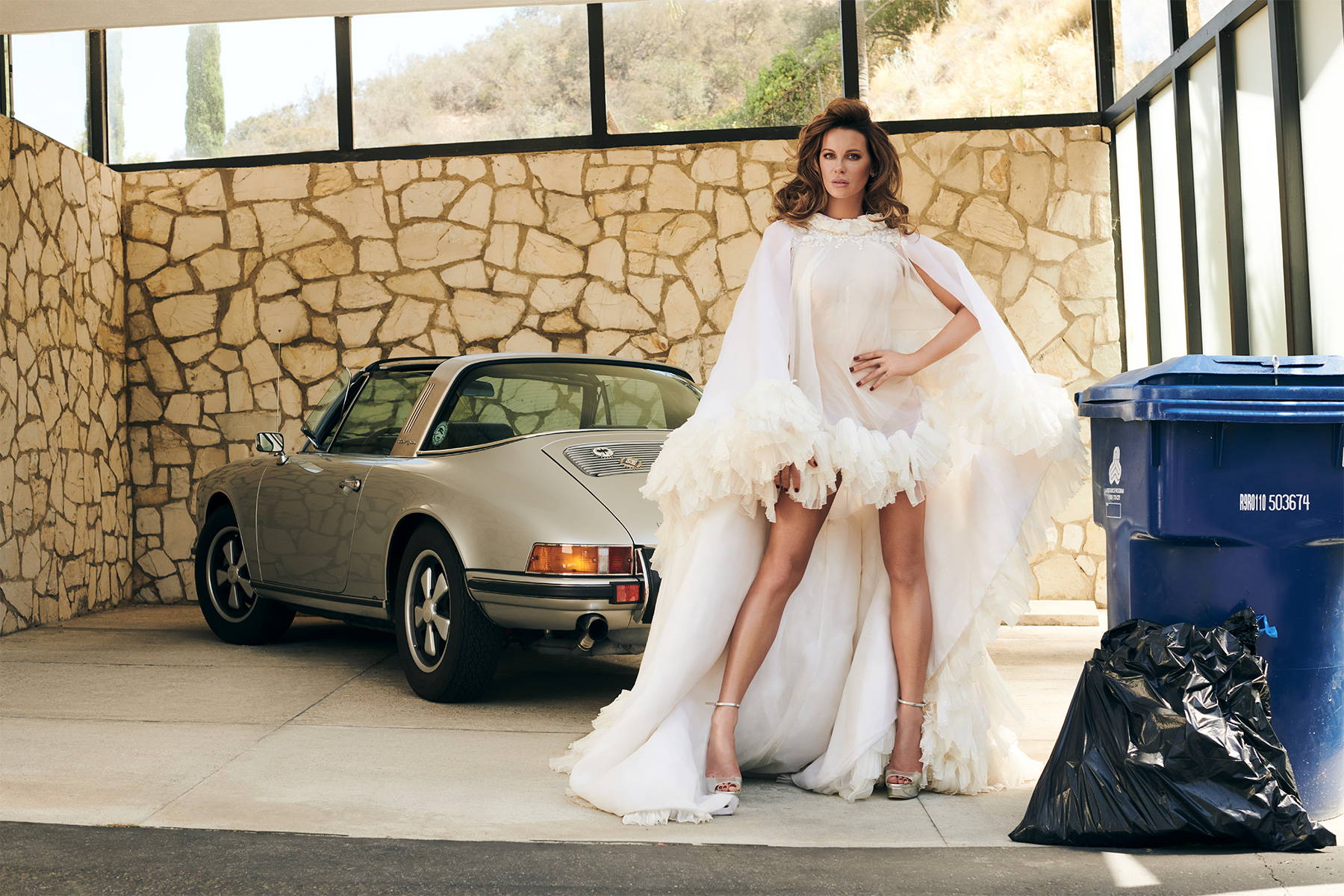 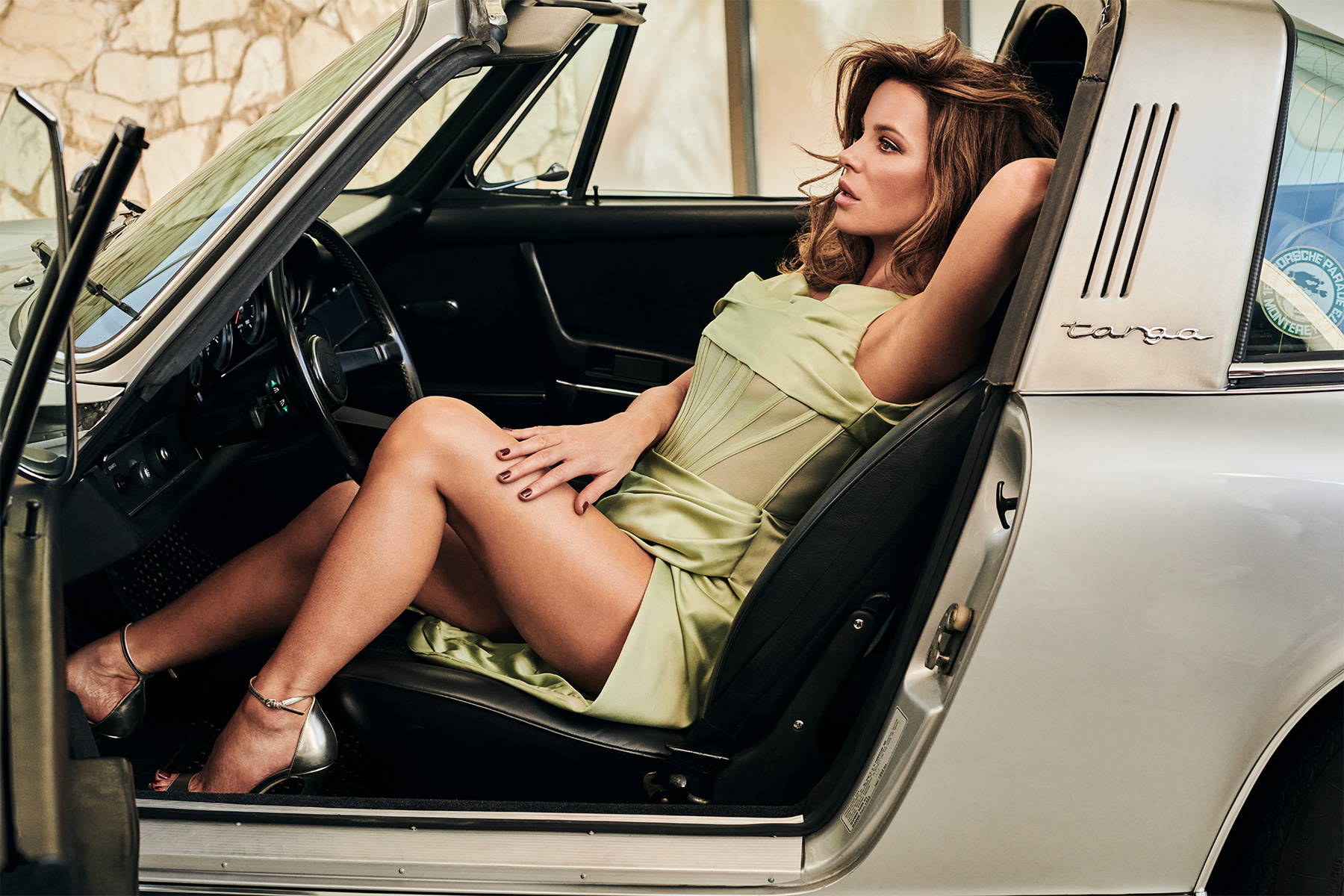 Dress by House of CB. Shoes by Jimmy Choo

I think I survive everything difficult in life by finding humour in it. Really obscure English things make me laugh a lot. It's difficult to pinpoint, people falling over always makes me laugh, especially friends of mine falling over.
(Laughs) That makes you laugh?

Oh my God, hysterically laugh! If my friend falls down and I'm not there, I'm upset because I missed it (laughs).
I saw a woman in my neighbourhood, she had these really high platform shoes and she was like “waaaah”, and fell really slowly. I felt terrible, but it was so funny!

It’s so funny! As long as they don't really hurt themselves, that’s the caveat, like not stitches, that’s not funny. I do derive an enormous amount of amusement from my animals too. And thank God I do, because it was just me and them for a hot minute there in the pandemic.

I actually wanted to ask you about Clive and Willow. How long do you prepare them for a photo shoot and where do you think of the ideas?

I just get an absolute whim and do it, the whole thing usually takes less than two minutes. There’s literally no thought. It’s me going “would it be funny if I do this?” and then I do it, and then it's done.

Your Instagram is so fantastic. Everything that you record, all the videos, they’re just so funny. You have such an ease and natural ability with it. What do you like about the medium of Instagram?
I was incredibly suspicious and against all social media for so long. I didn't even have an iPhone, I had a flip phone and was mercilessly teased until embarrassingly recently. Then I did this movie “Love & Friendship”, which is another comedy, but a Jane Austen one. I really liked that movie and they said, “Look, we really want you to have a social media presence to help promote this movie”. I was like, “Fuck okay”, so I ended up getting Twitter and Instagram and really was nervous - I couldn’t quite cope with both things. But as an actor, if you're dependent on people representing what you said, like you have an interview and they write it down, it doesn't necessarily always capture your actual spirit, tone and sense of humour. That can be quite frustrating. In my case, both the fact that I only really worked and stayed at home with Lily, and that I’d played a fairly stoic vampire person that got a lot of attention, people had such a weird idea of what I'd be like. It was based on what I look like, and not really what I am like, and I found that really schizophrenic and difficult to bear. Then suddenly, I was like, “oh, on Instagram, it's just your voice and it's not through any other filter.” So despite having been really suspicious of it, I found it actually quite liberating. There are obviously going to be people that don't like you all the time and that's fine, but at least if they don't like you from your Instagram, it's for the reasons that they don't like you. It's not that they don't like this hybrid thing that's presented by other sources. If you go on my Instagram and find me incredibly irritating, you probably will in life. That’s fair and I accept that you don't like me, I just didn't like it when it was this funny other thing. You do get the odd person saying “I hate you” and “I hope you and your cat die in a car accident” and things like that, but aside from that, it's been mostly positive. I've also found that I've made these really interesting Instagram friends that I would never have met in real life, that are mostly regular English people who are either very funny or very sweet. There are four or five that I feel so lucky to have “met”. I'd never have run into these people, and they're quite important to me now.
Yeah, that's amazing. And it really has replaced so much traditional publicity, so it's incredible in that way too.
It's nice also in the sense that my mum looks forward to getting up in the morning, going “what stupid shit has Kate been up to?” and looking at it - it's like a little living journal.
Yeah, exactly, well you are such a pro at it. I think a lot of people are too afraid and too controlled with social media. You're just so completely yourself and your humour totally comes through.
People ask me, “who writes your captions?” and I think to myself “blimey, nobody!” For me, there would be no point in having it if it wasn't me. I'm so excited that I'm talking to you by the way. Can we do this again sometime when it's not an interview?
Please, I would love to, Kate! Congratulations on all your incredible success, it was so fun interviewing you. You’re the greatest interviewee because I just have to shut up, let you talk, and listen.
But I don’t want to talk to everybody. There are only about seven people I want to talk to and you’re one of them.
That’s so sweet Kate. You're so bright and effusive and energetic, so it's a real pleasure to talk to you. You’re an incredible woman and mother. You’re a star.
Jolt is now streaming on Amazon Prime 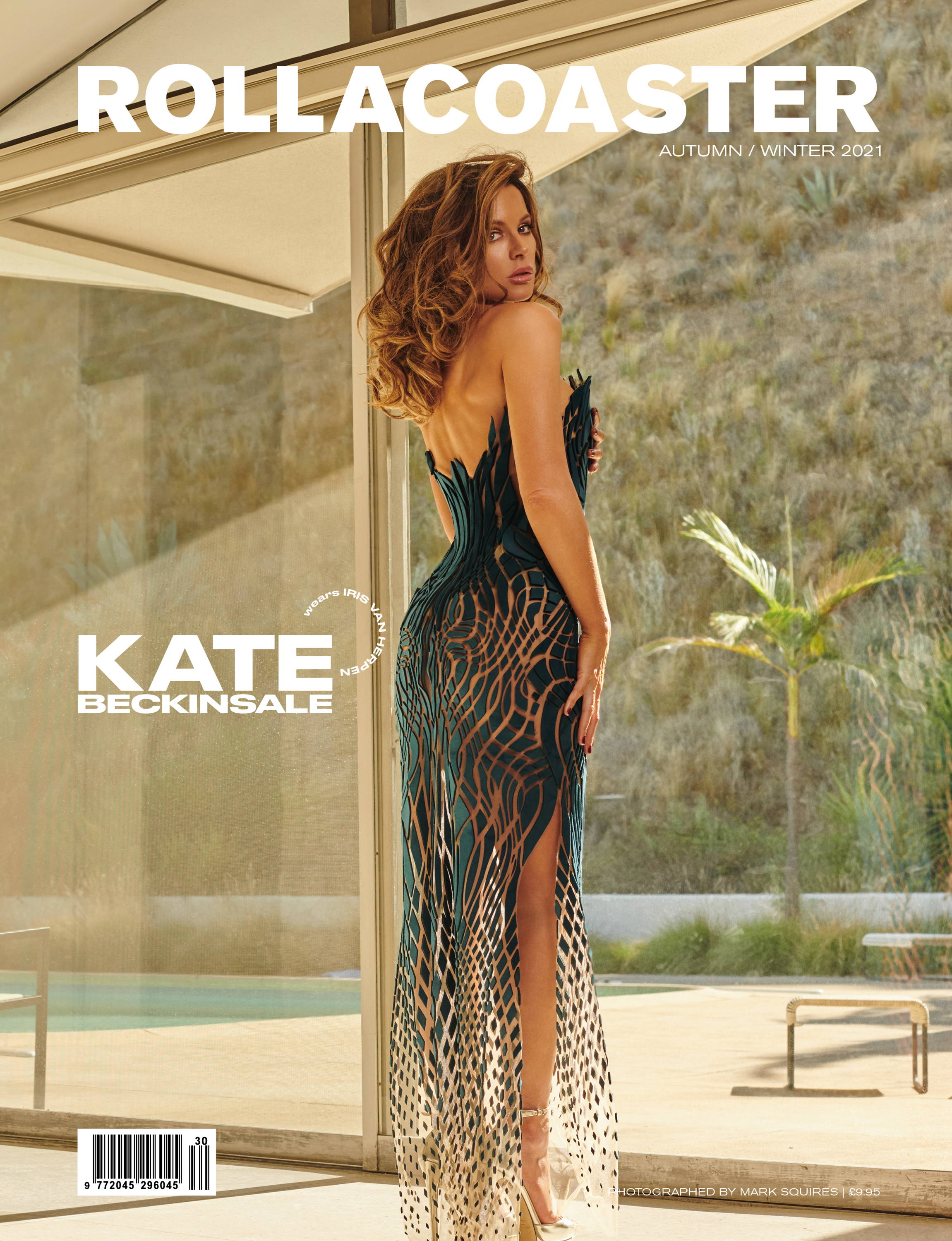 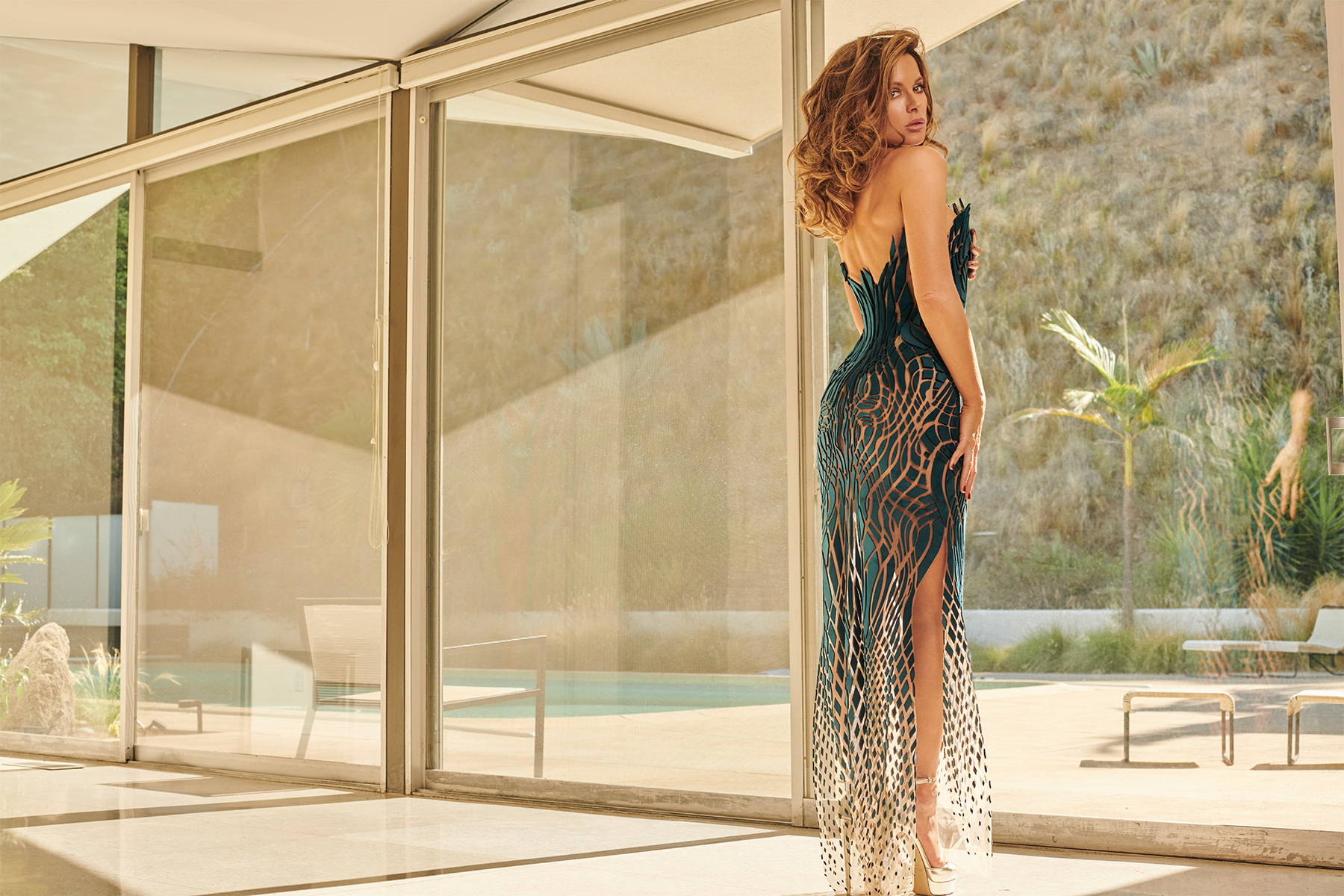 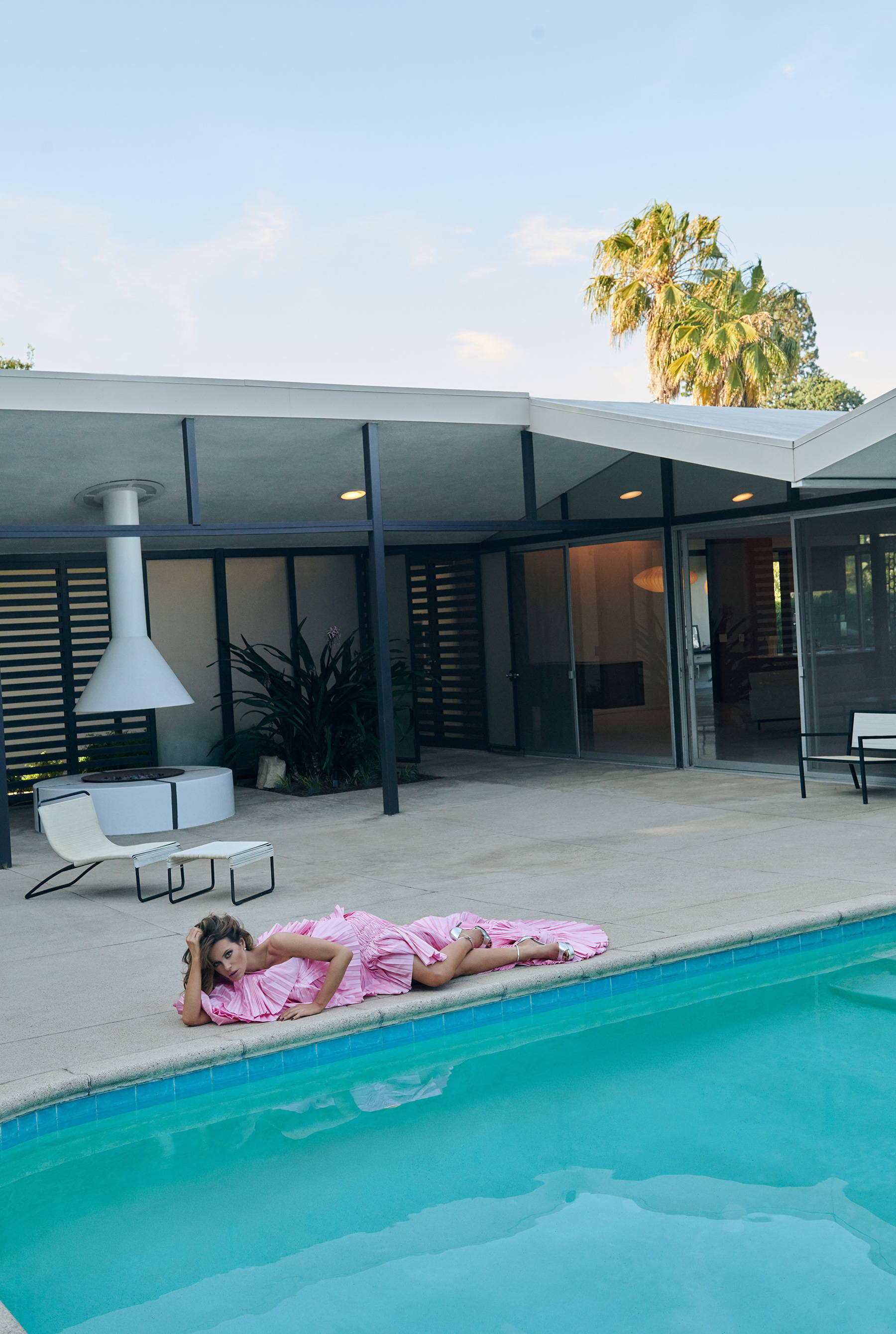 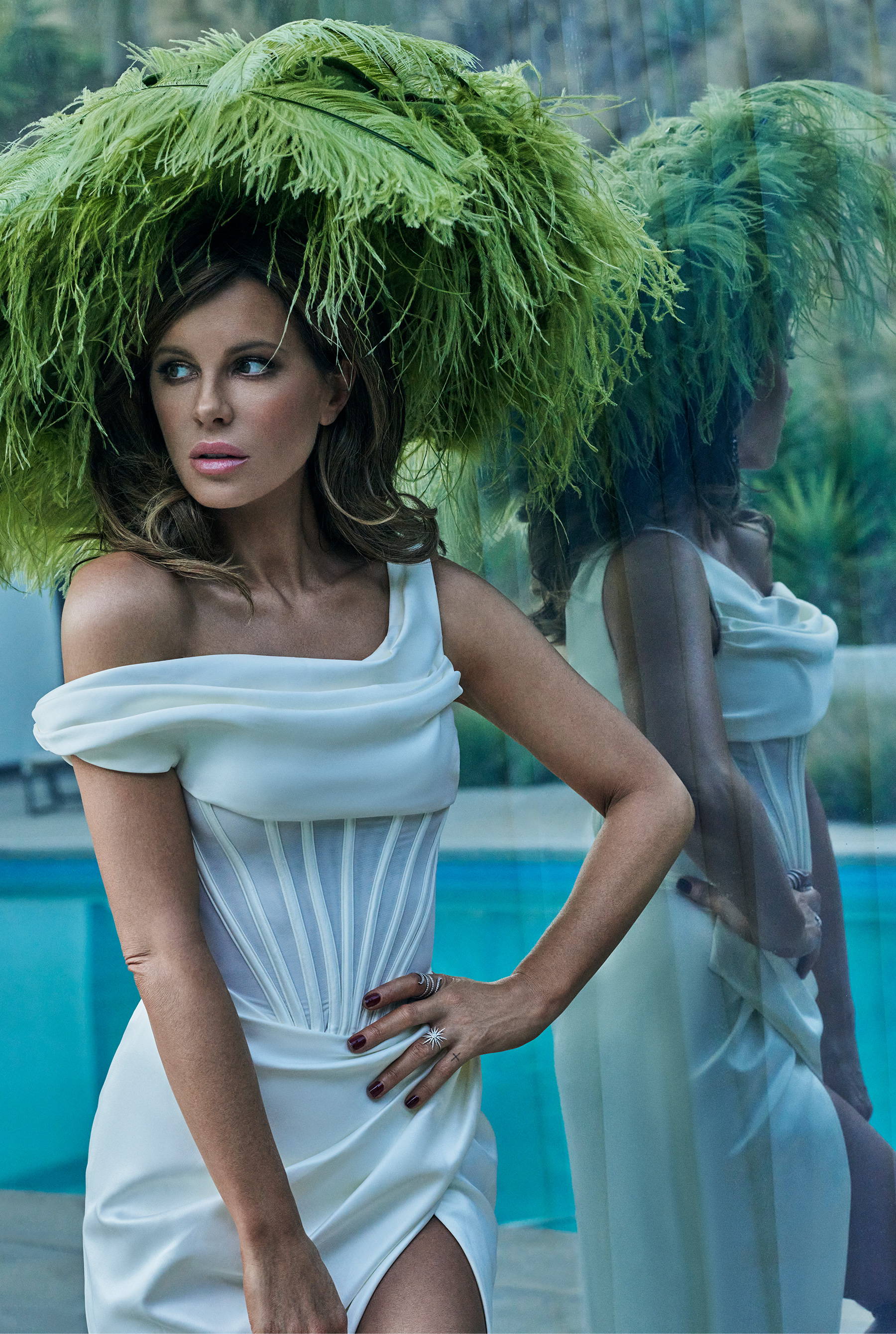 Dress by House of CB. Diamond Rings by Djula Hat by Lillian Shalom 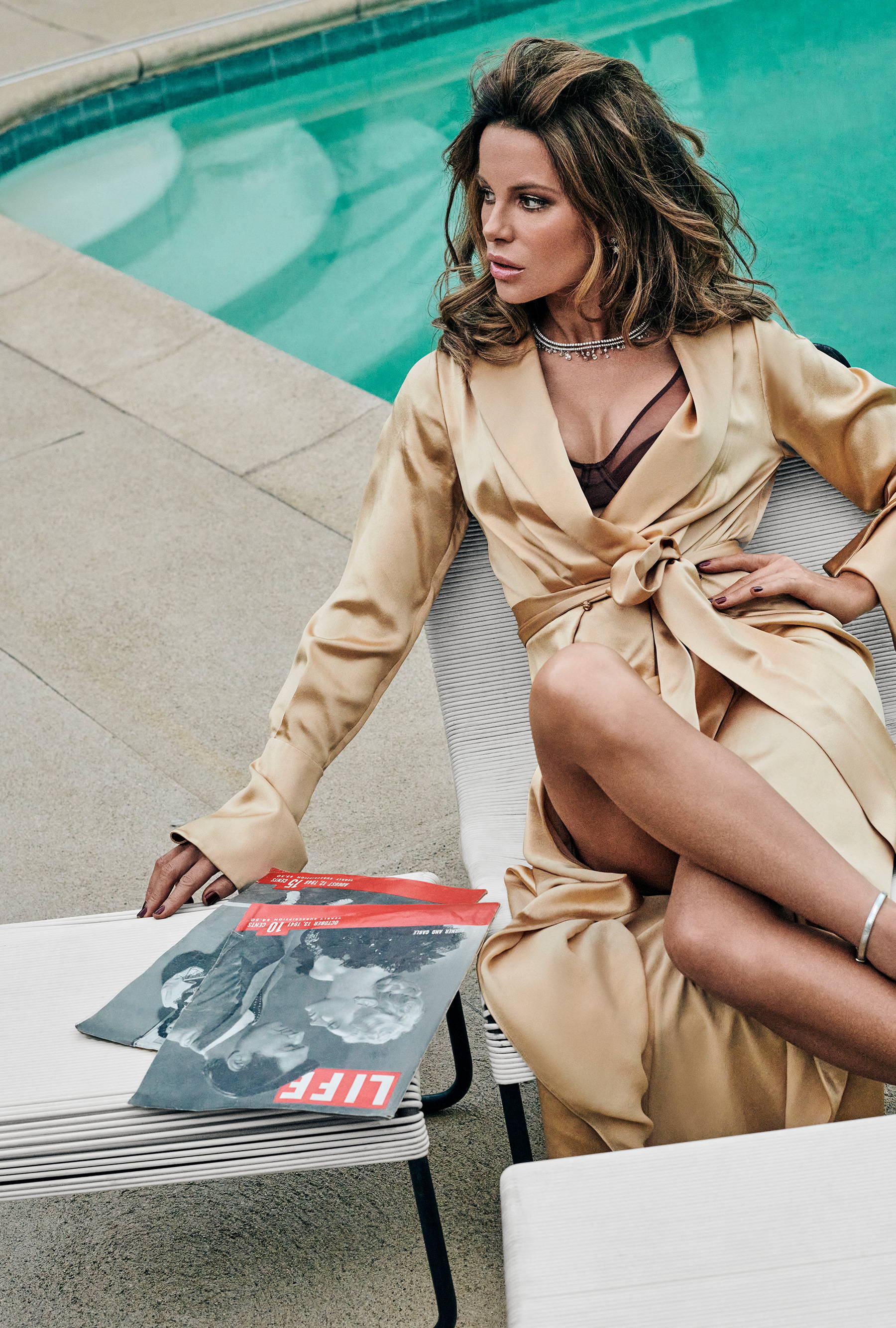