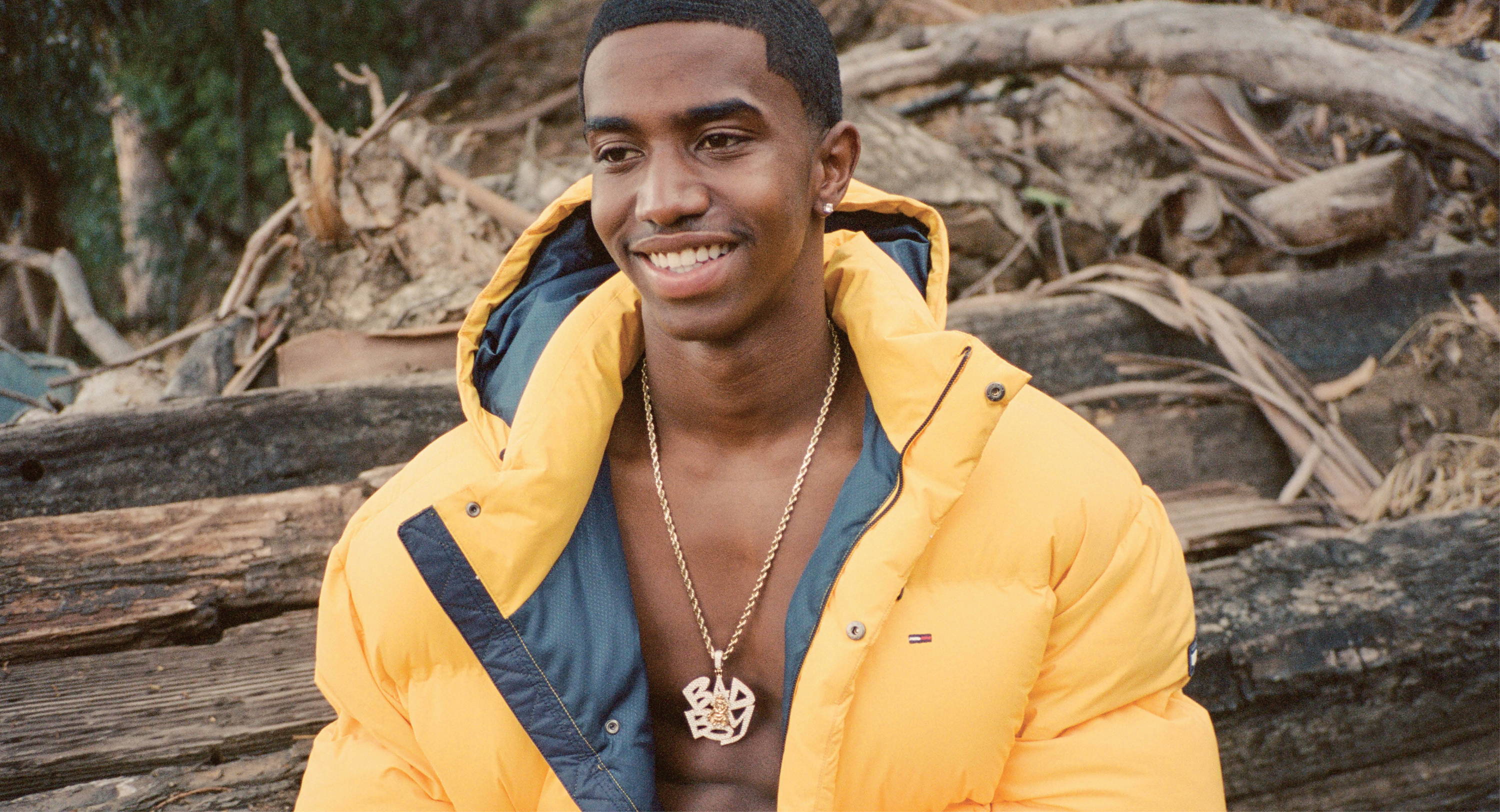 Normally when people say they’ve met Beyoncé, it’s followed-up with a story of insane fangirling. Chrissy Teigen got on her knees saying “Sorry to bother you, my Queen,” Zendaya couldn’t make direct eye contact, Chance the Rapper got photobombed by Queen B backstage at the 2016 VMA’s and subsequently screamed “Oh my god! That was Yoncé!” So you understand why, when King Combs tells me he supported Bey and Jay-Z on their recent On The Run II tour in Houston, I immediately ask how badly he freaked out. “Um...” He laughs. “I was a little star struck, I can’t lie. But I’ve seen them at different New Year’s parties and bump into them all the time...”

You see, King Combs has been rubbing shoulders with musical A-Listers since he was old enough to walk. That’s what happens when your father is American rap legend Sean Combs, aka P. Diddy. It’s been his life forever. His 16th birthday party was a star-studded affair that saw performances from Kendrick Lamar, French Montana and Meek Mill. Coincidentally, that was also where he got his King Combs moniker from: “The whole theme of my sweet 16 was royalty − I got a crown, my whole cake was a big crown − so it just went with the whole theme of my life. After that I put it on my Instagram and everybody started calling me that. I couldn’t escape it!”

Real name Christian Casey Combs, he’s currently in Miami when we speak. After reading about his lavish birthday parties, and when it takes over 10 minutes for him to dial-in to the conference call, I’ve nearly written him off as another kid brought up in a crazy lifestyle who doesn’t really care. However, those thoughts are quickly banished as soon as he

jumps on the phone, full of apologies. “I’m so sorry!” He tells me over a crackly transatlantic line. “My phone is so messed up because I dropped it earlier. It’s terrible right now! Half of my screen is white and it has that rainbow thing!”

After a few seconds of talking to the 20-year-old New York-born musician, I’m instantly charmed, and any privileged-rich-kid preconceptions are wiped away. Regardless of his hip-hop pedigree, King Combs has been putting in the hard work to join his father on the list of rap heavyweights. “It’s always been a dream for me,” he tells me. “I knew that I could do what I wanted to do, I didn’t have to do what my parents did, but it was just something that my heart really desired. I played sports and stuff like that, but I never really loved sports as much as music.”

Pooling through his family’s record archives, King Combs cites Bad Boy artists as some of his main inspirations. Initially not really knowing the magnitude of the Bad Boy legacy, his research into the label that his father created introduced him to artists like Notorious B.I.G. and fuelled his interest in hip-hop. In 2016, he signed to the label himself and currently sports a huge Bad Boy chain wherever he goes.

With the label founded in 1993, King Combs’ sound has a clear 90s edge to it, and his recent debut mixtape was even called 90s Baby. “It’s an homage and tribute to the 90s era because that’s my favourite era of hip-hop,” he explains. “The mixtape came about from looking into a lot of instrumentals and doing my research on the hip-hop scene before I 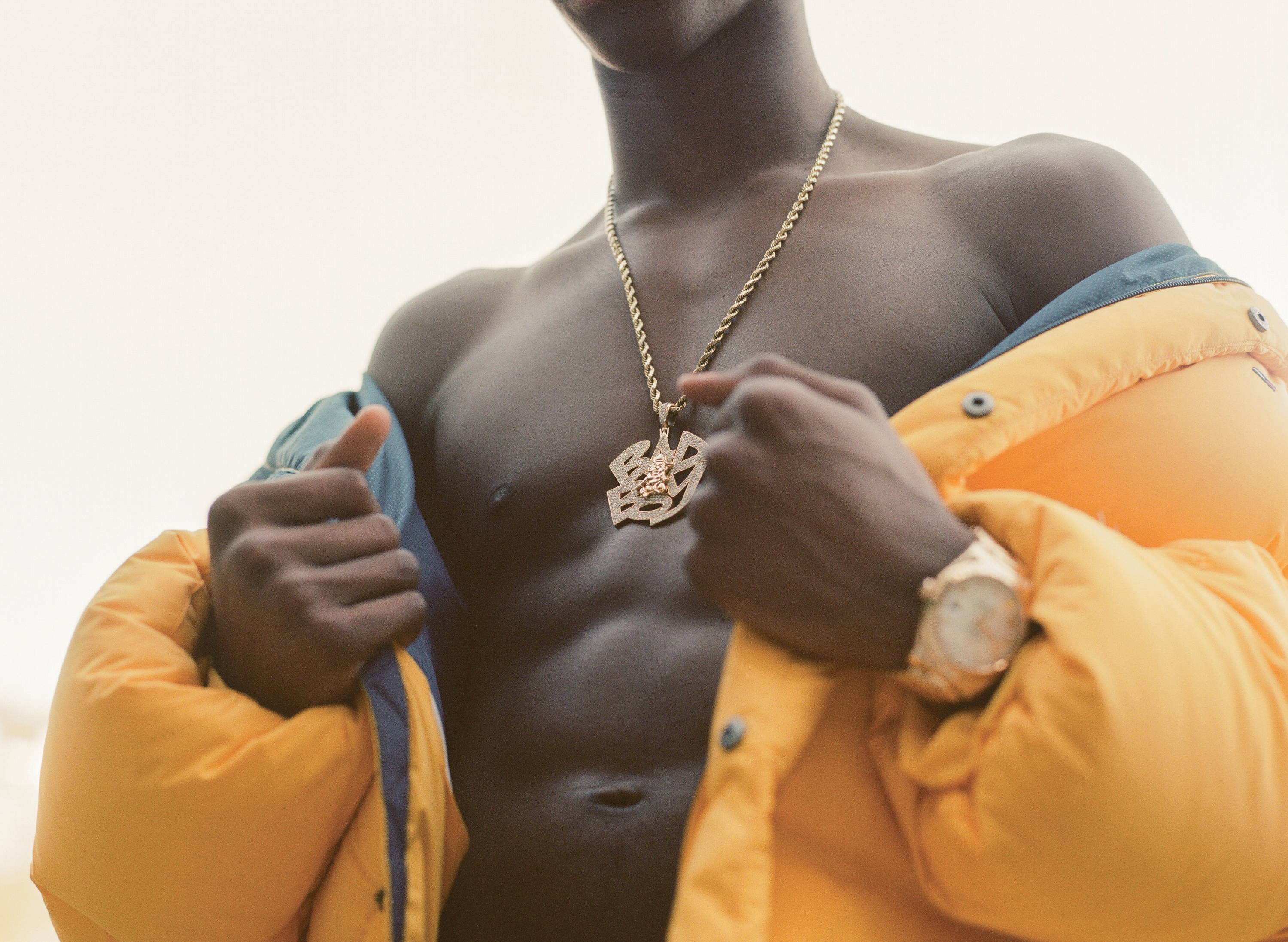 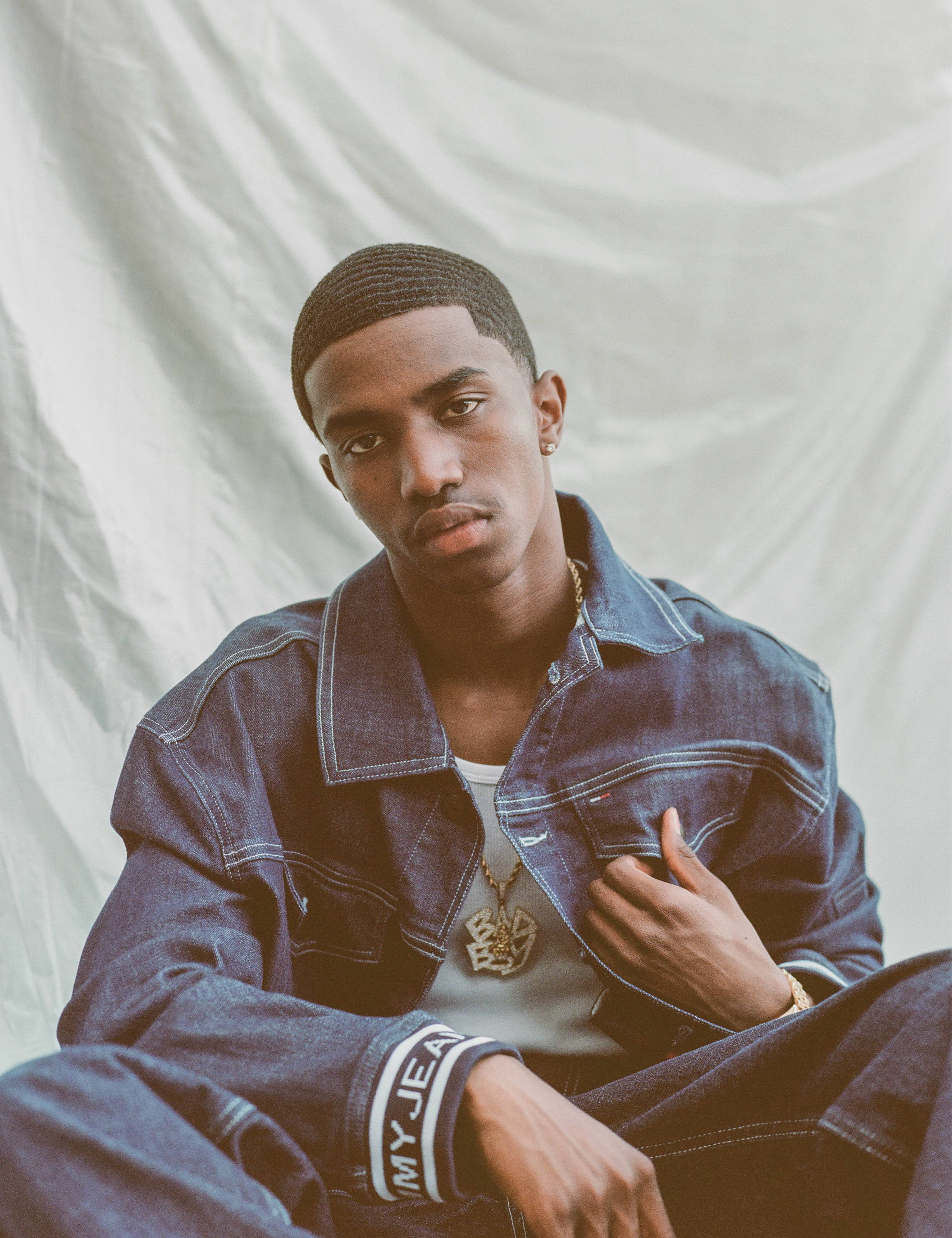 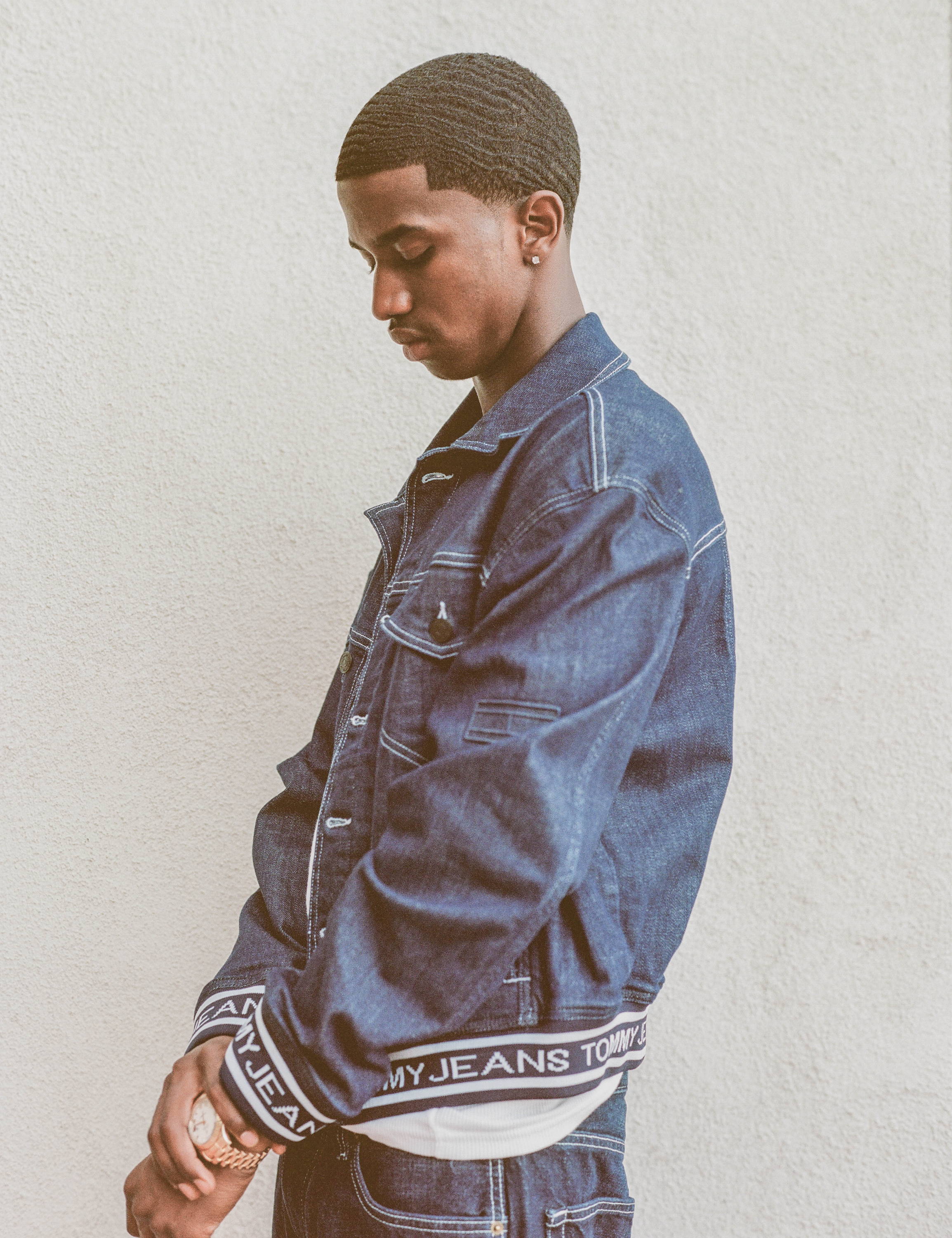 really stepped into it. My Pop always told me that I need to know where I came from and who paved the way. I listened to those people who really inspired me and I just felt like rapping on those beats. And then I’d do it and kill them so I decided to put it out as a mixtape!”

Paying homage to his roots, King Combs has been lauded for his research on the hip-hop greats he is inspired by, and it’s evident he’s stepping out from behind his father’s shadow to make a name for himself. “The reaction’s been really good!” He beams. “People like the music, they like what I’m bringing back, they feel like it’s needed.”

Alongside his solo material, King Combs also curated the group CYN. A collective of likeminded individuals whose name is shrouded in mystery, the crew have constantly boosted each other in their separate arty endeavours. “We’re all friends and we all grew up together,” King Combs tells me. “Some are like brothers, some I met through school, some I met through sports, but we all grew up and had the same dream - to take over the entertainment business.”

Hopping onto several King Combs tracks, the clique pride themselves

on being on the forefront of a new influencing age, coming out with fresh and exciting ideas in both music and fashion. “I feel like music and fashion go hand in hand,” King Combs says. “I don’t even like recording songs unless I’m fresh!”

Describing his personal style as “cool, wavey, icy,” he was tipped by Tommy Hilfiger as one of their new faces to launch their Tommy Jeans campaign. With his mother being model Kim Porter, it was always gonna be the case that fashion came naturally to him, and he’s been spotted on numerous runways strutting his stuff.

But what’s next for him? “I think a movie,” he muses, citing his dream role as a Tom Cruise-esque character in Mission Impossible. Well they’re searching for a new James Bond? “Definitely!” He exclaims. “I would love that!”

With loads of new projects planned for next year, King Combs reels off “releasing new fire music, travelling the world, more fashion and taking Bad Boy to the next level” as his upcoming goals. Most importantly though: “Getting my goddamn phone fixed!” 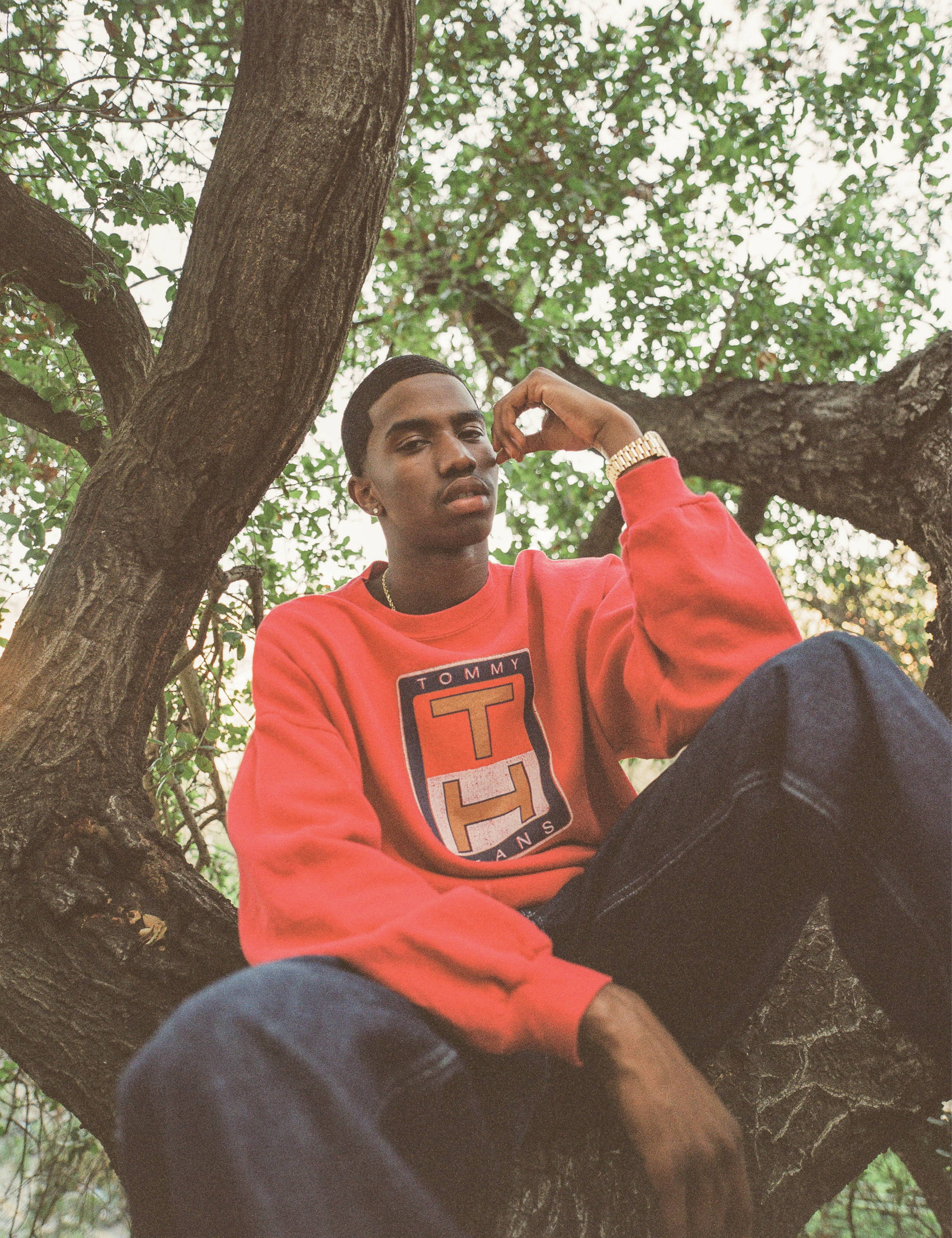 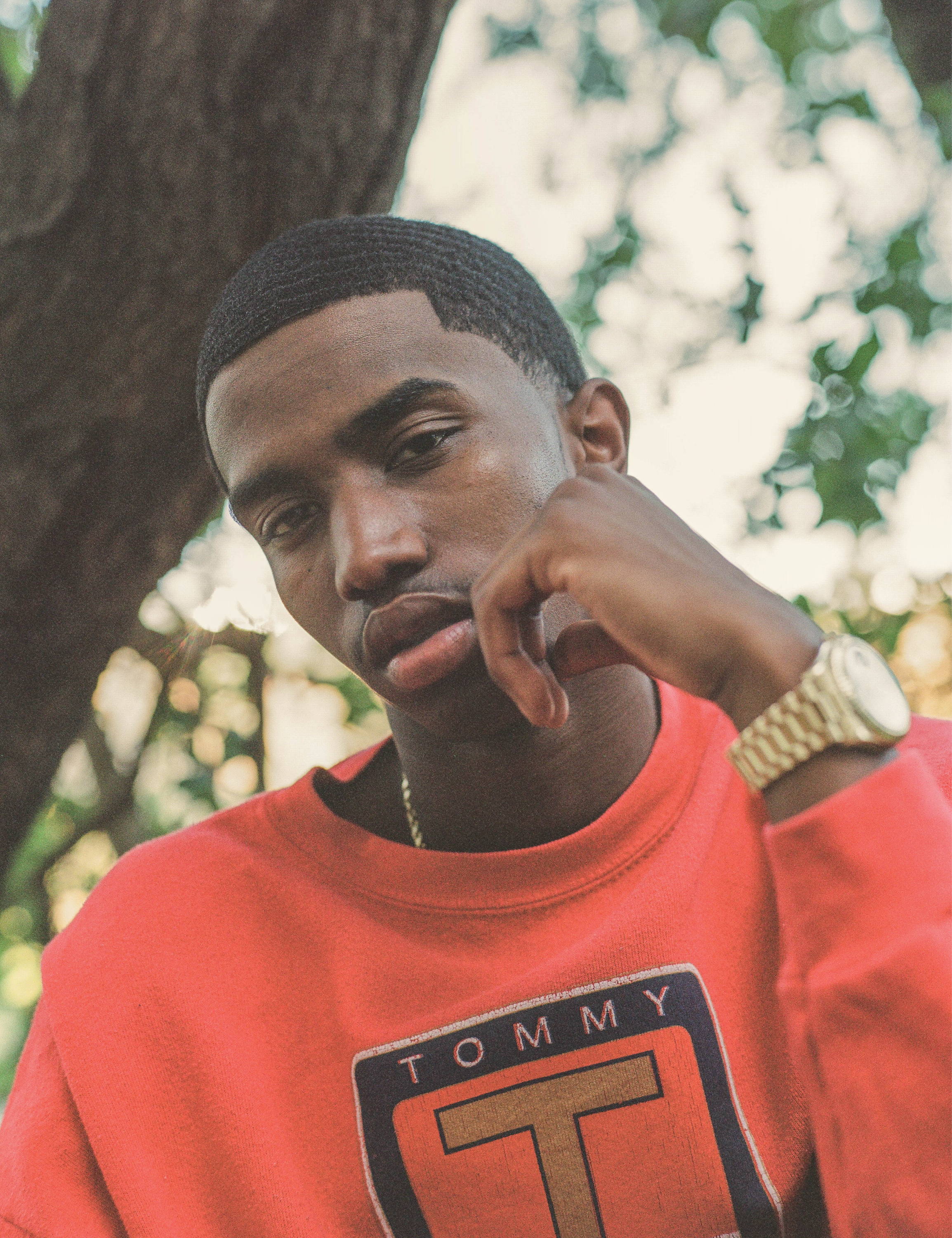 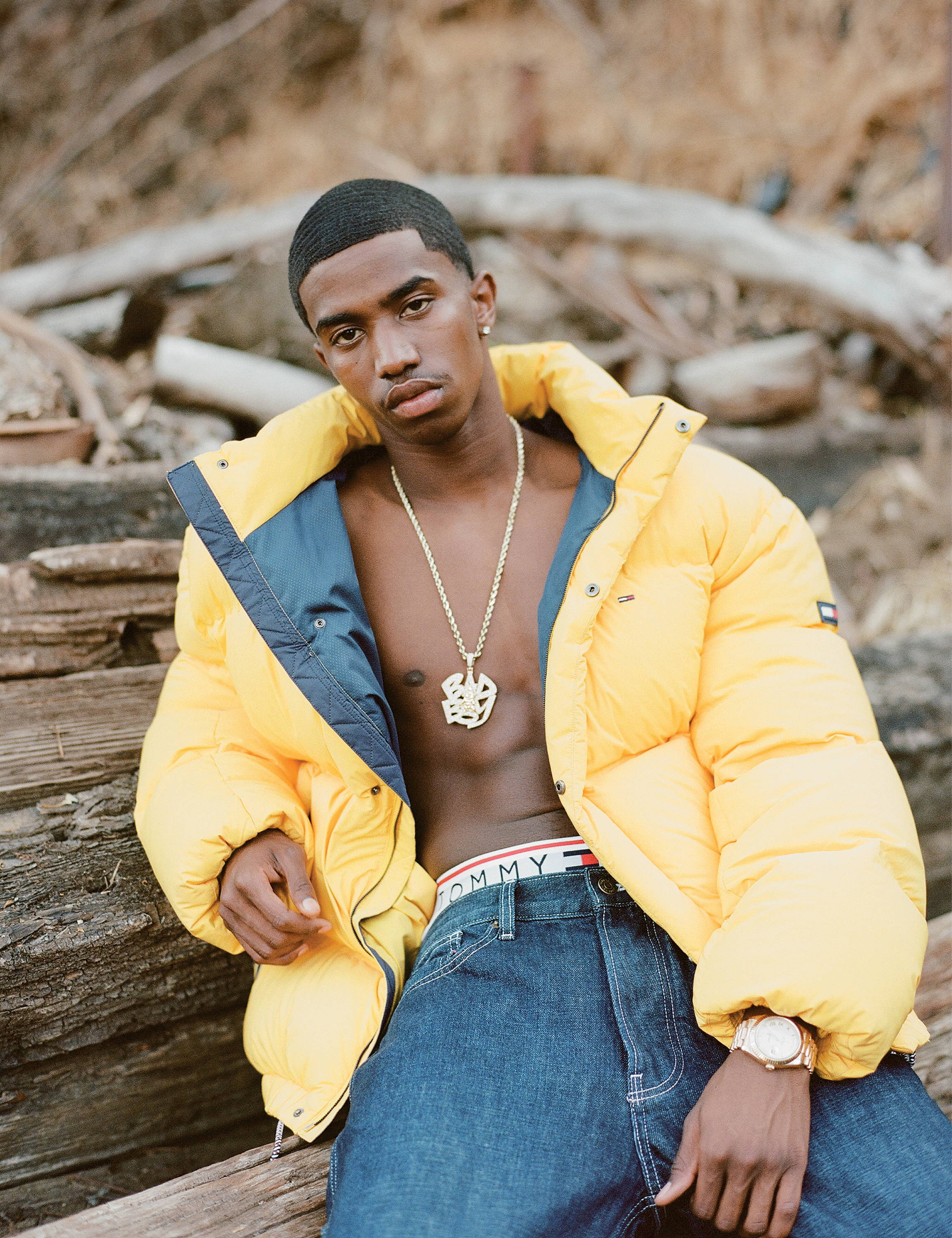 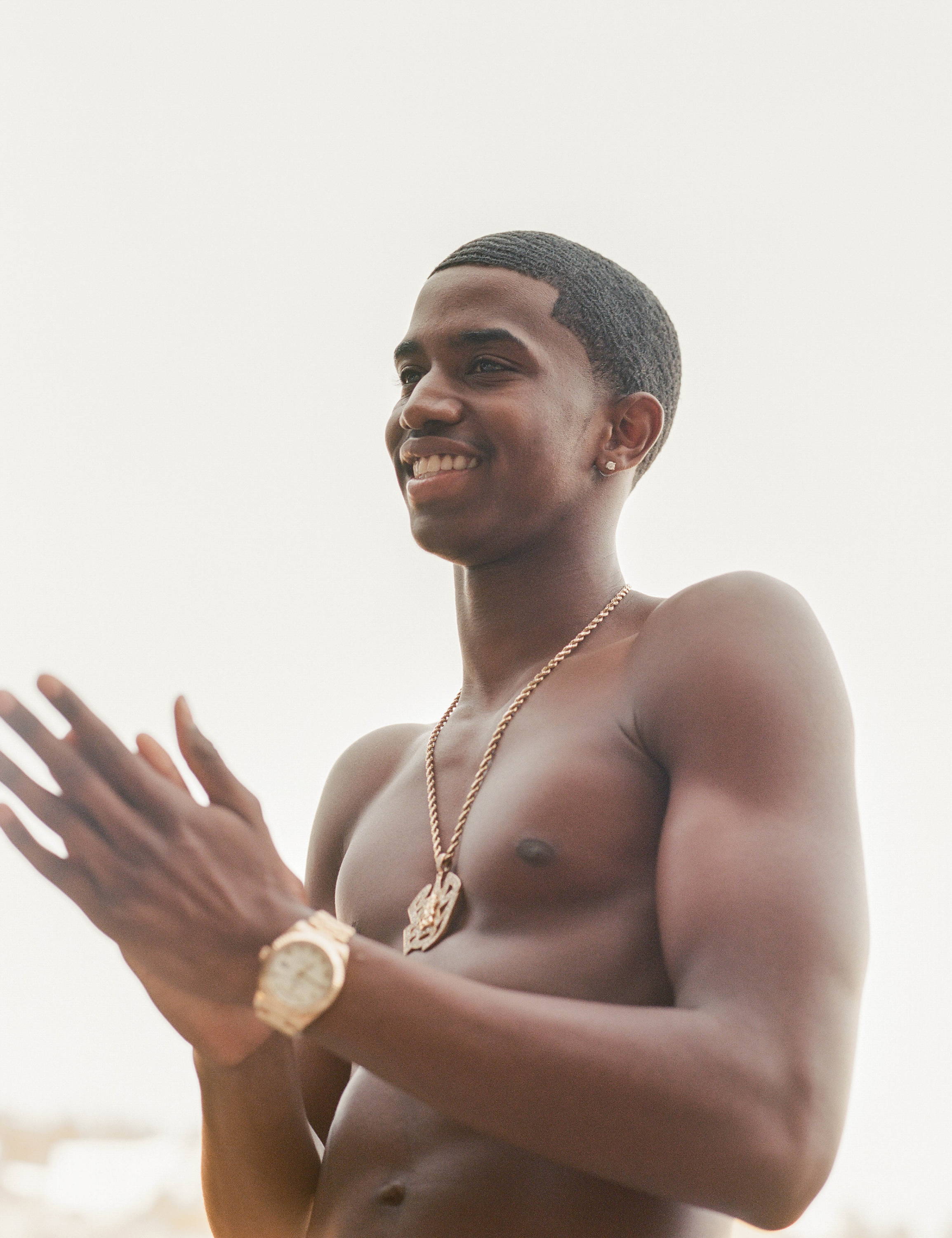 All clothing by TOMMY JEANS