From her days as a child actor to Oscar-nominated success, LUCY BOYNTON has spent over a decade in the industry. Now being catapulted into global stardom thanks to her starring role in Bohemian Rhapsody, she looks back on what she’s learnt so far. 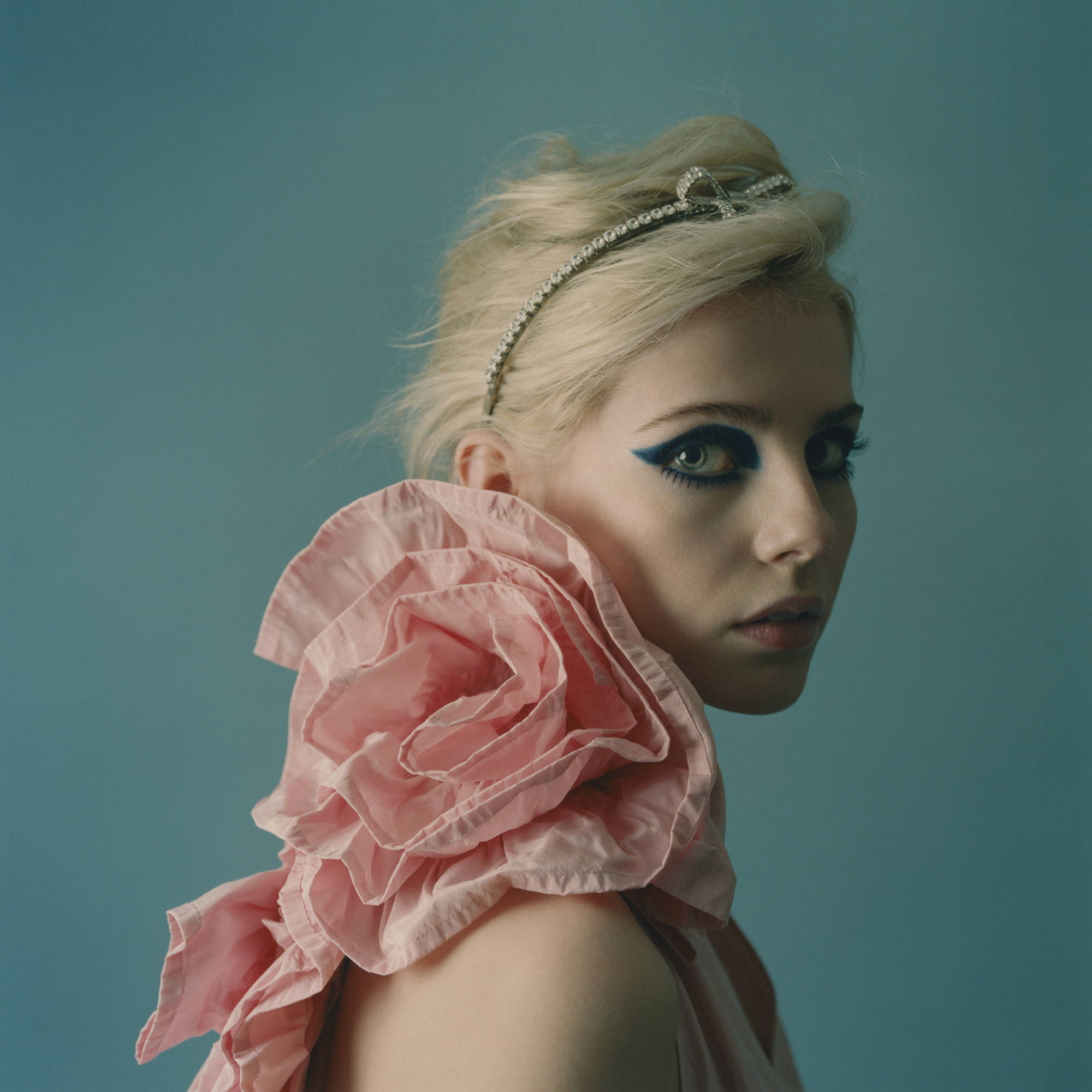 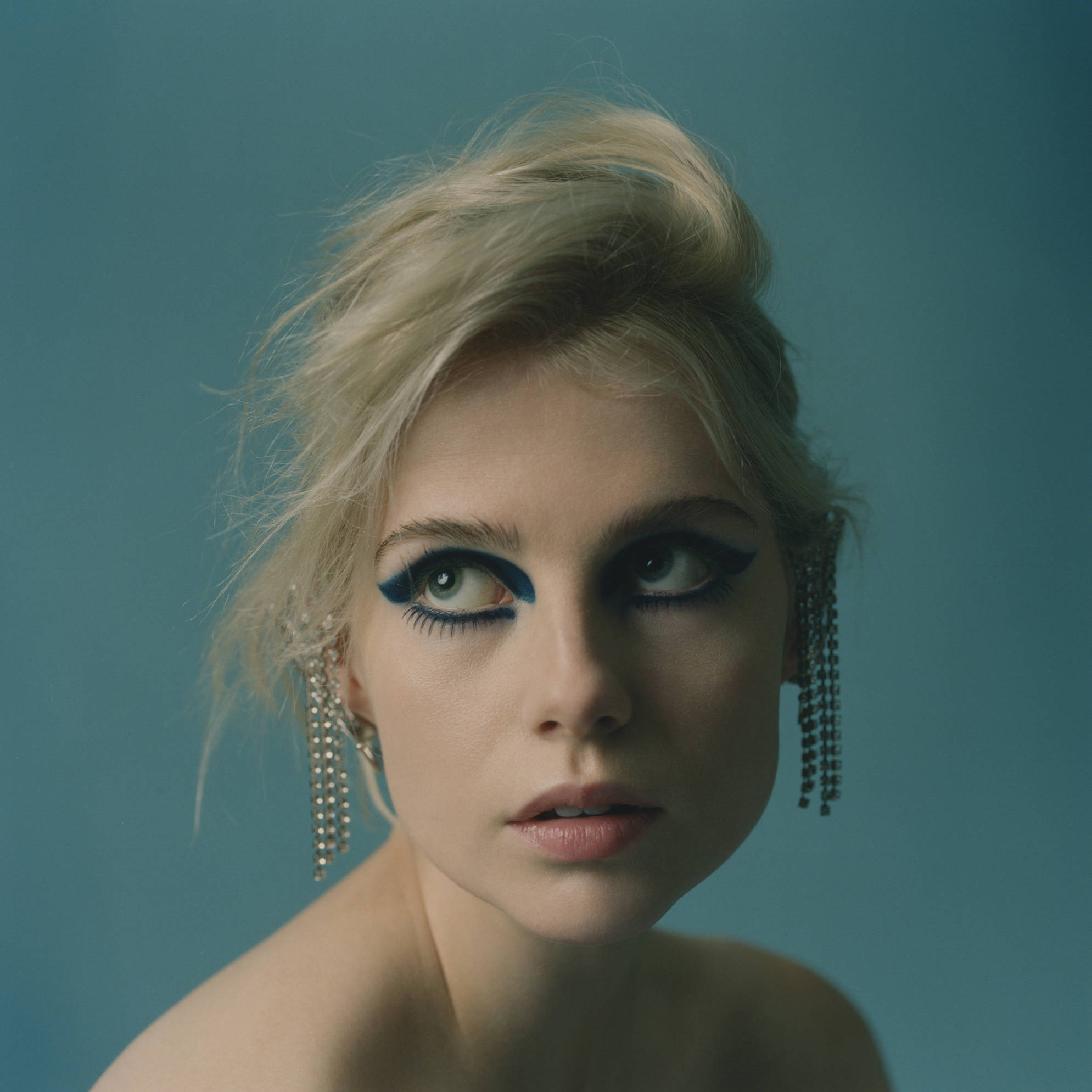 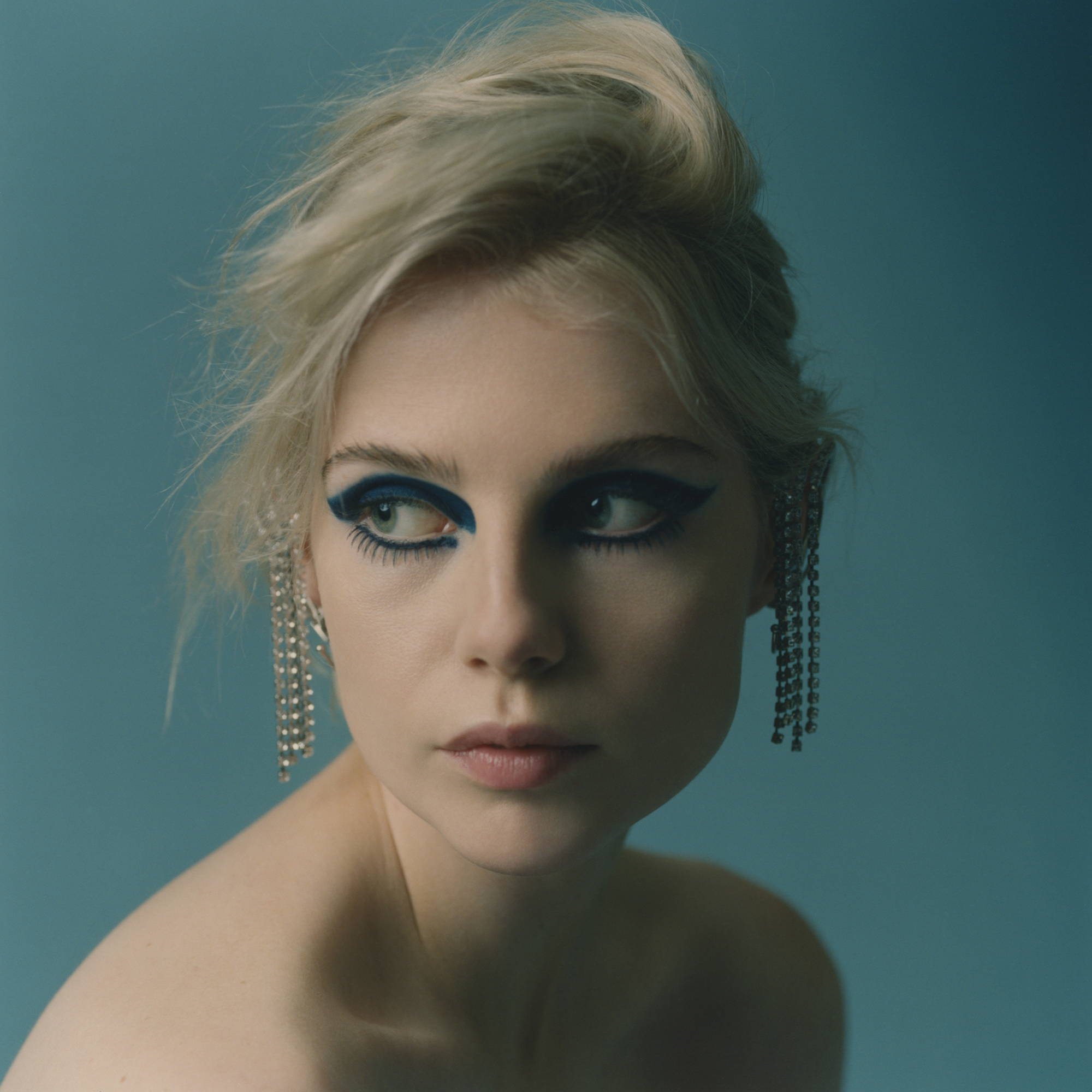 All accessories by MIU MIU

Lucy Boynton greets me in a robe and powder blue silk pyjamas, champagne flute in hand, whilst her glam team frantically tease her icy-blonde bob in preparation for The British Fashion Awards later that night. She’d be forgiven for taking a minute to revel in the extravagance of evenings like these, but the 25-year-old actress doesn’t seem particularly fazed. As an assortment of hair grips flail wildly behind her, she sits down with me and begins a thorough analysis of her work ethic and extensive acting CV. “My career started with luck, being in the right place at the right time,” she begins, behind a flurry of makeup brushes. “I’ve always felt the need to prove myself and that I deserve to be here by working as hard as I can.”

It’d be wrong to write off the success she’s now enjoying as purely luck, though. When casting directors first scouted her at drama class, she was only 12 years old and already exhibiting an undeniable talent for the subject. After a series of workshops and auditions, she was selected to play the young Beatrix Potter in the 2006 film Miss Potter. Based on the early life of the author, her first role saw her star alongside silver-screen royalty Renée Zellweger. “I always say I couldn’t have had a more magical and enchanting introduction to this industry,” she recounts fondly. “And to be treated as an equal coming to work with something to offer, rather than being patronised by adults at school - as young kids inevitably are - was refreshing. You’re really trusted as a peer and you have to work incredibly hard to carry your own weight. There was no going back after that. How could there be?”

High-profile roles followed in quick succession, with Lucy featuring as a young ballerina in the 2007 film adaptation of Noel Streatfield’s Ballet Shoes, and as Margaret Dashwood in the 2008 BBC mini-series based on Sense and Sensibility. Watching her equally young co-stars sustaining professional careers, she was thrilled to realise that she could get roles without being a proper “adult” yet. Though this did make it all the more frustrating when she found herself in the awkward middle-ground, too old to fit into the child actor bracket but still too young to take on leading characters. “I’m really grateful for that now,” she admits. “It was a moment of questioning, ‘How much do I need this? How much do I want it? How much am I willing to work for it?’”

Deciding persistence was her only option, the rejections soon turned into callbacks. Scoring jobs few could only dream of experiencing in their early 20s, she landed parts in films ranging from 2016’s coming-of-age comedy Sing Street, to Kenneth Branagh’s 2017 adaptation of Agatha Christie’s Murder on the Orient Express. Throughout, her appreciation of her craft has remained the blinding force behind her resilience. “It’s so rare that you get the opportunity to live a thousand different lives as a thousand different people in different periods and worlds,” she emphasises proudly. 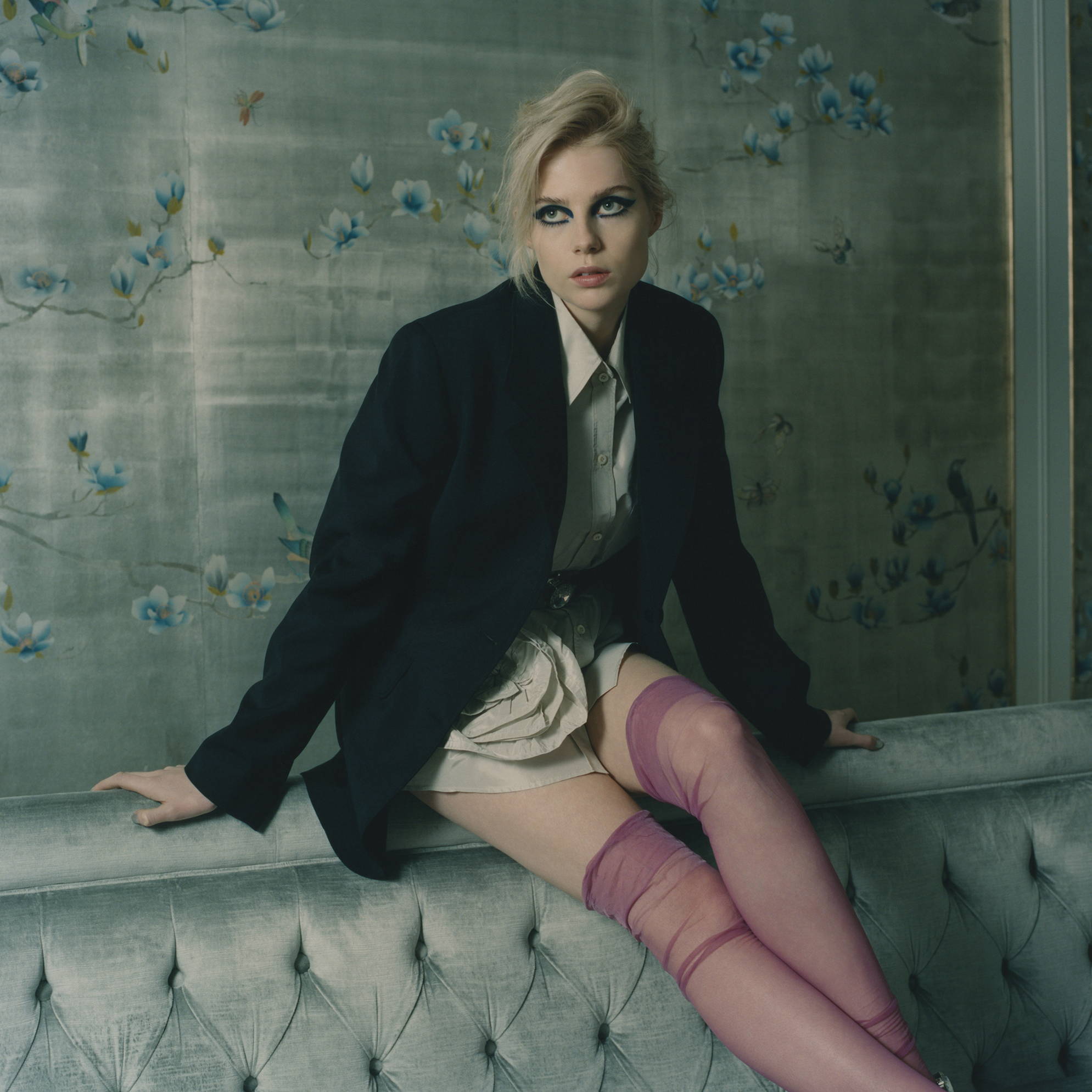 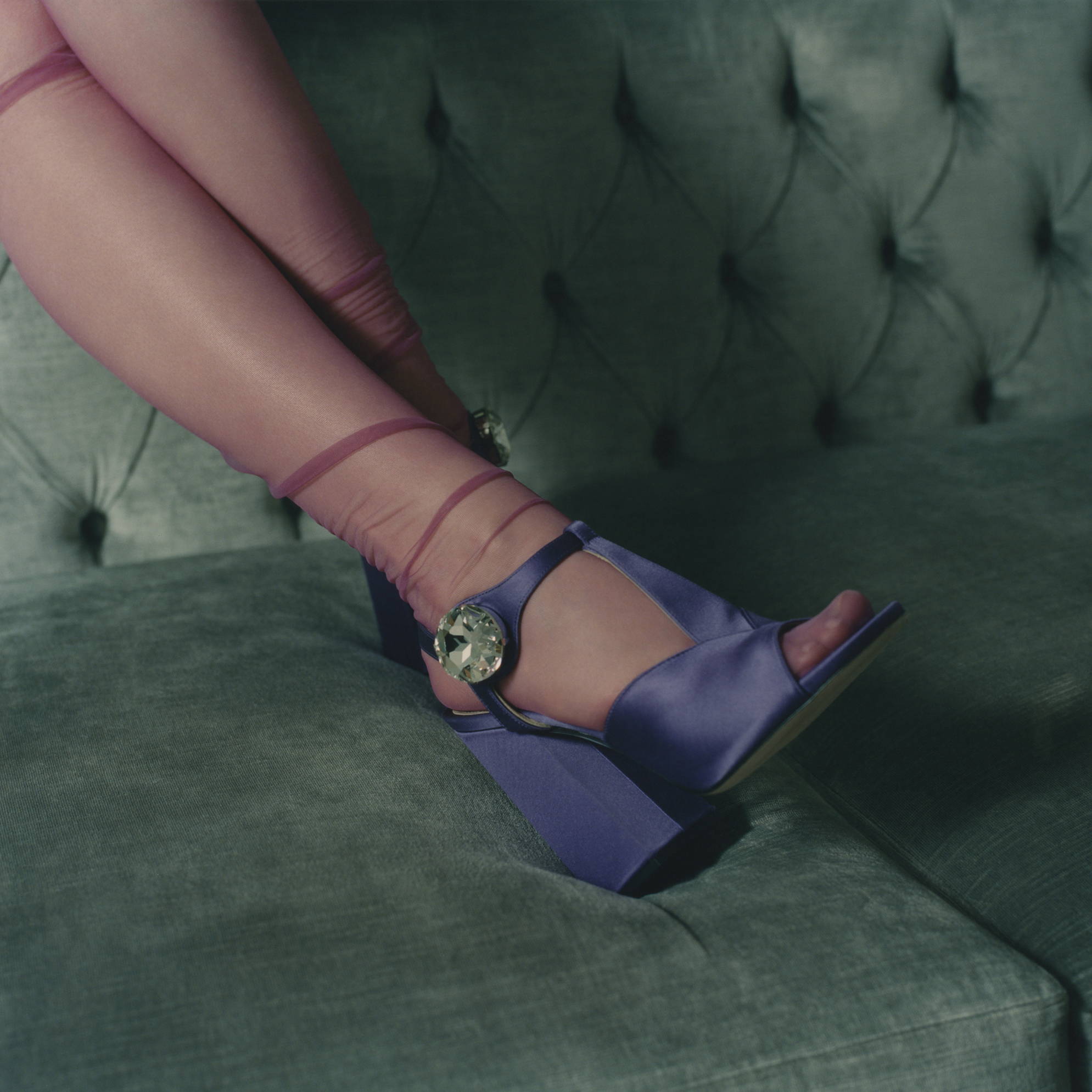 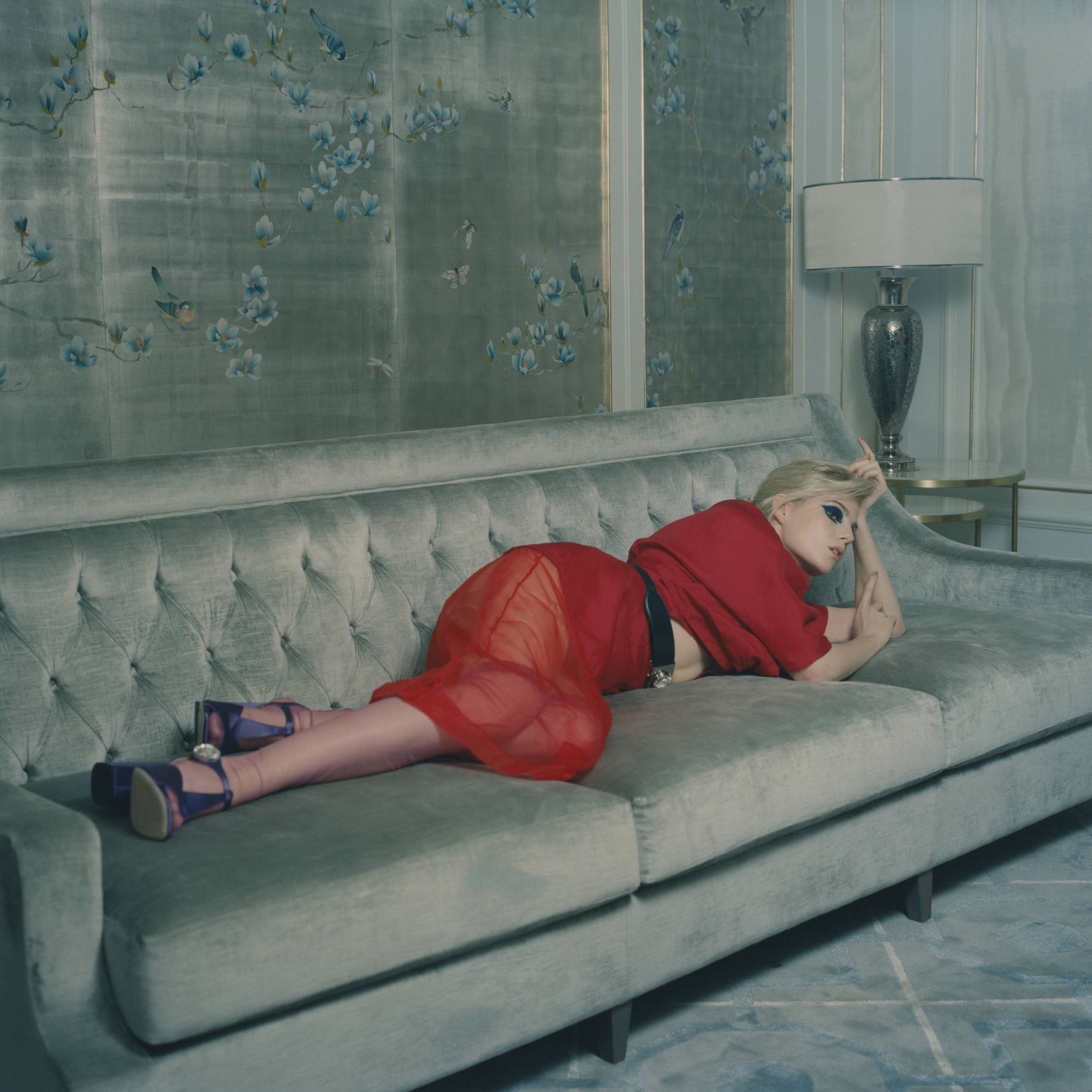 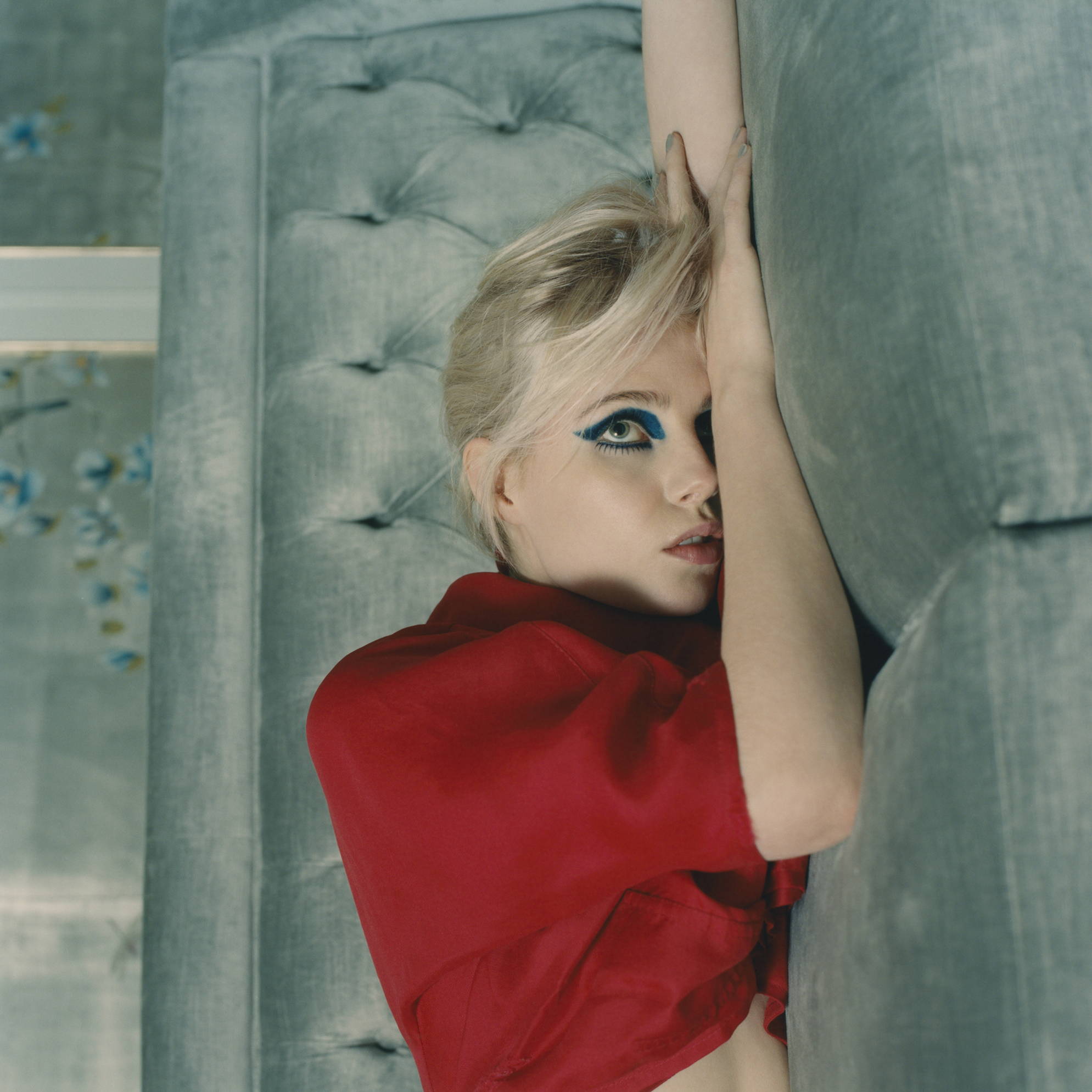 Her most recent film presented a more intricate challenge. Starring in 2018’s Bohemian Rhapsody- or Bohemian, as she affectionally refers to it - Lucy played Mary Austin. The long time friend, lover and muse of Freddie Mercury, the IRL inspiration was often referred to by Freddie as his one true friend and Queen’s 1975 hit “Love of my Life” was penned in homage to her. With an enduring and unmatched influence on the iconic singer’s life and music, Lucy’s role in the film was both delicate and deeply important. In his Best Actor acceptance speech at this year’s Oscars, Rami Malek, who won for his performance as Freddie, referred to Lucy and her part as “the heart of the film”.

“It was really daunting, especially considering the intimacy of the scenes we were addressing,” she tells me. “Knowing that [Mary] didn’t want anything to do with the film made it harder to grapple with. I never wanted to feel like I was taking advantage of the fact that ‘the facts’ were so publicly known and discussed. What Mary and Freddie experience is something no-one but the two of them will ever really fully understand, but I think everything it represents is so important to talk about.”

When I ask how she’s defined the success of the project, it’s the personal experience she cites over public or critical response. “All the praise it has been getting has been incredibly moving,” she starts, “but that’s a bonus. The main focus was that it was such a pivotal experience in my own life. I started at an age where I wasn’t aiming for a career, I just loved the opportunity to do something that I love that much. That has really set me up for my focus on every job.”

She speaks equally highly of her latest venture. Due to drop sometime this year, she’s set to star in Ryan Murphy’s forthcoming political satire-comedy The Politician, with Gwyneth Paltrow and Barbra Streisand as her rumoured co-stars. After that, Lucy tells me she’s increasingly fascinated by the idea of directing. “I’ve still got so much to learn before wanting to, or feeling like I could, put myself at the helm of the ship,” she muses. “I’d want to develop a really specific style, point of view and vision.”

Now establishing herself as a leading figure in the acting world, Lucy is aware of how her story of growing up in the industry is sadly different to many other young actors. After the #MeToo movement shook Hollywood two years ago, she speaks admirably of the survivors who have come forward. “Having been a child for most of my career, I’ve had such a different experience and understanding of the industry,” she explains. “I’ve definitely felt a shift with the #MeToo movement - an opening and a greater sense of power in so many around me. It’s a conversation that I don’t think has wavered since the first muttering of it. I don’t want to use the word ‘empowering’, because it has been at the pain of so many people. It’s been a real education and I’m so incredibly in awe of the women who were the catalyst and forces at the front of this movement, so I’m just trying to watch and listen and learn how to support these people.”

Her growth and discovery is not yet complete, but she’s come a long way from her child actor days. With glam for the night nearly complete, I ask Lucy how her 12-year-old self might feel seeing her where she is now. “She’d be bloody speechless!” She smiles. “Honestly, I can’t believe how lucky I am to be surrounded by humans like these. I’m just trying to shut up and absorb it all.” 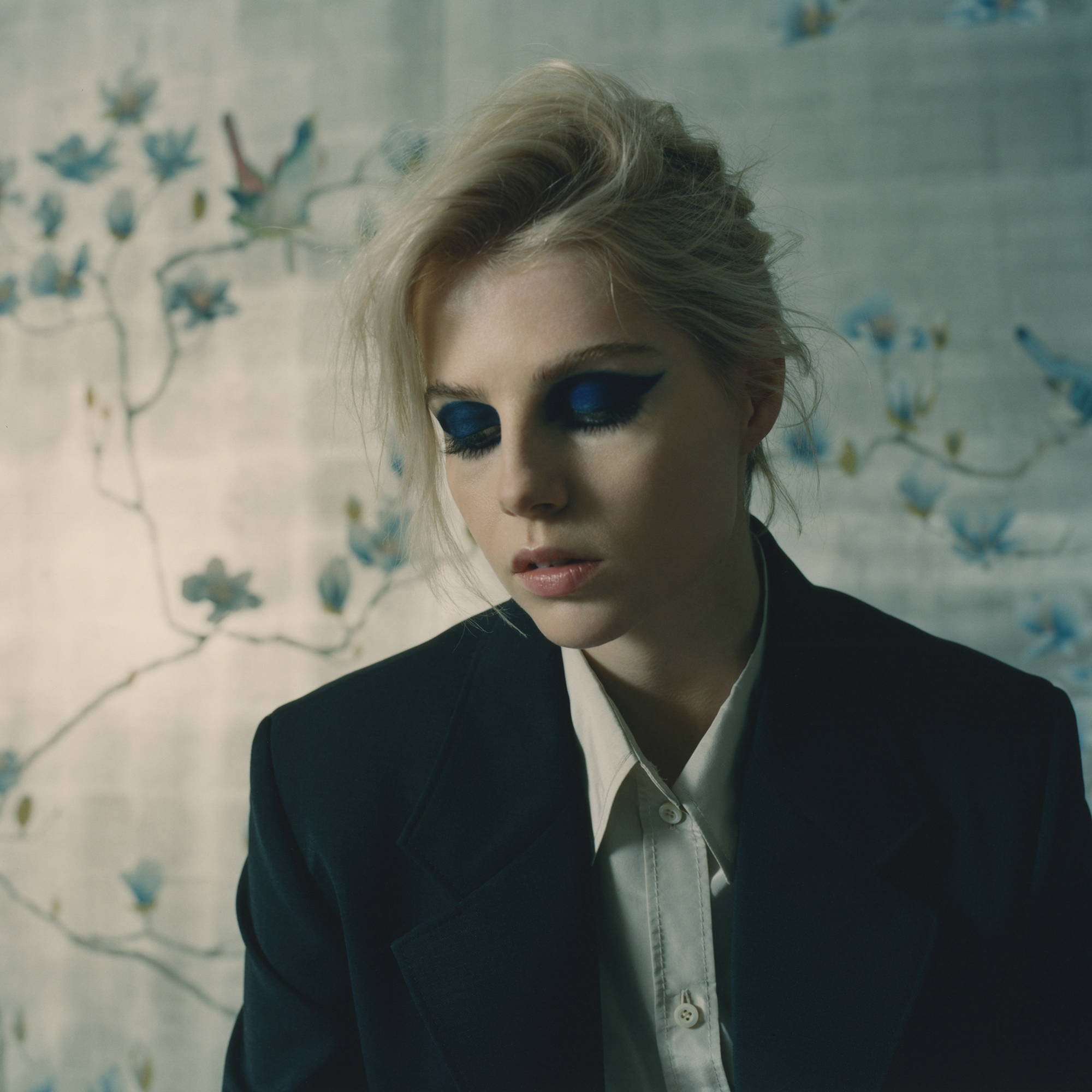 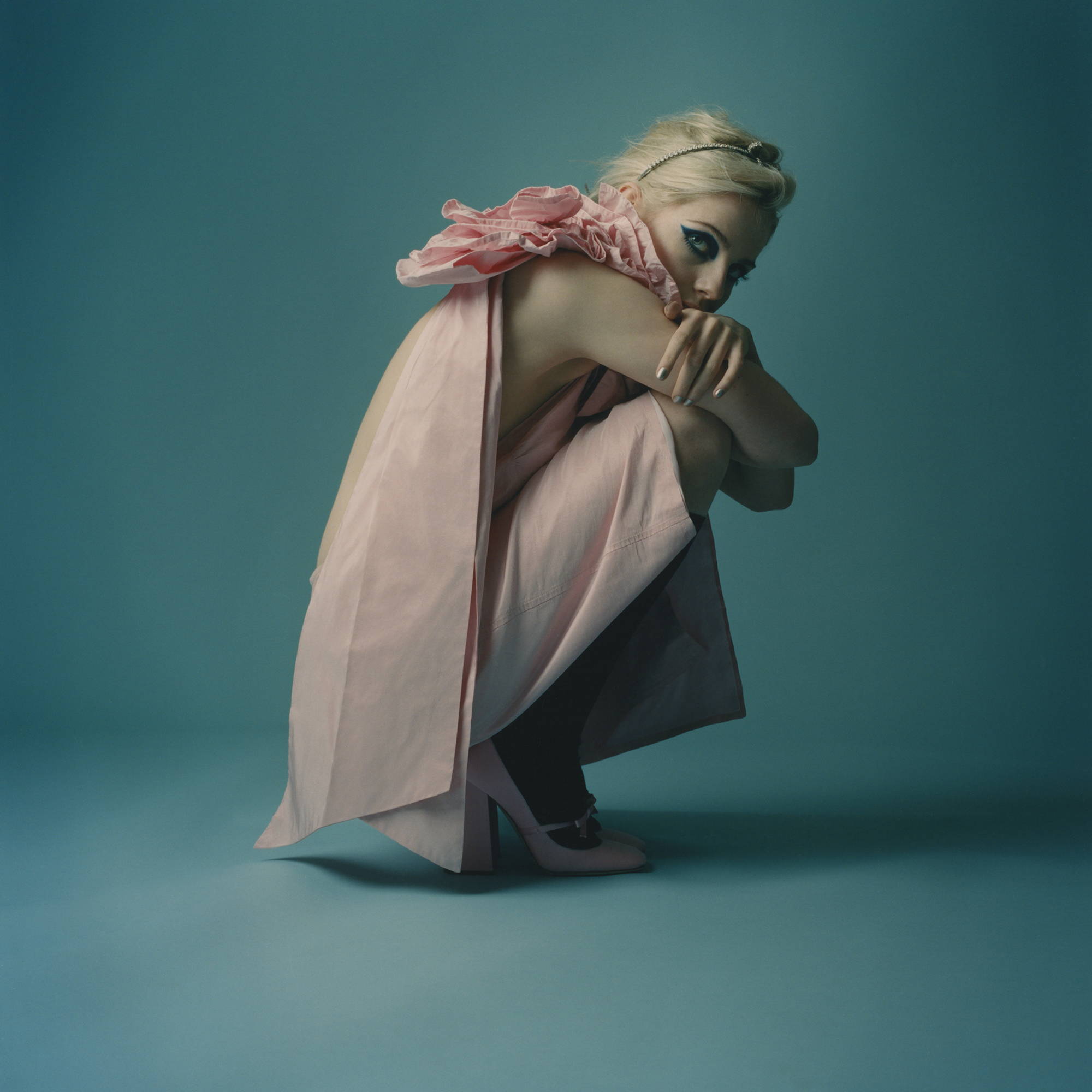 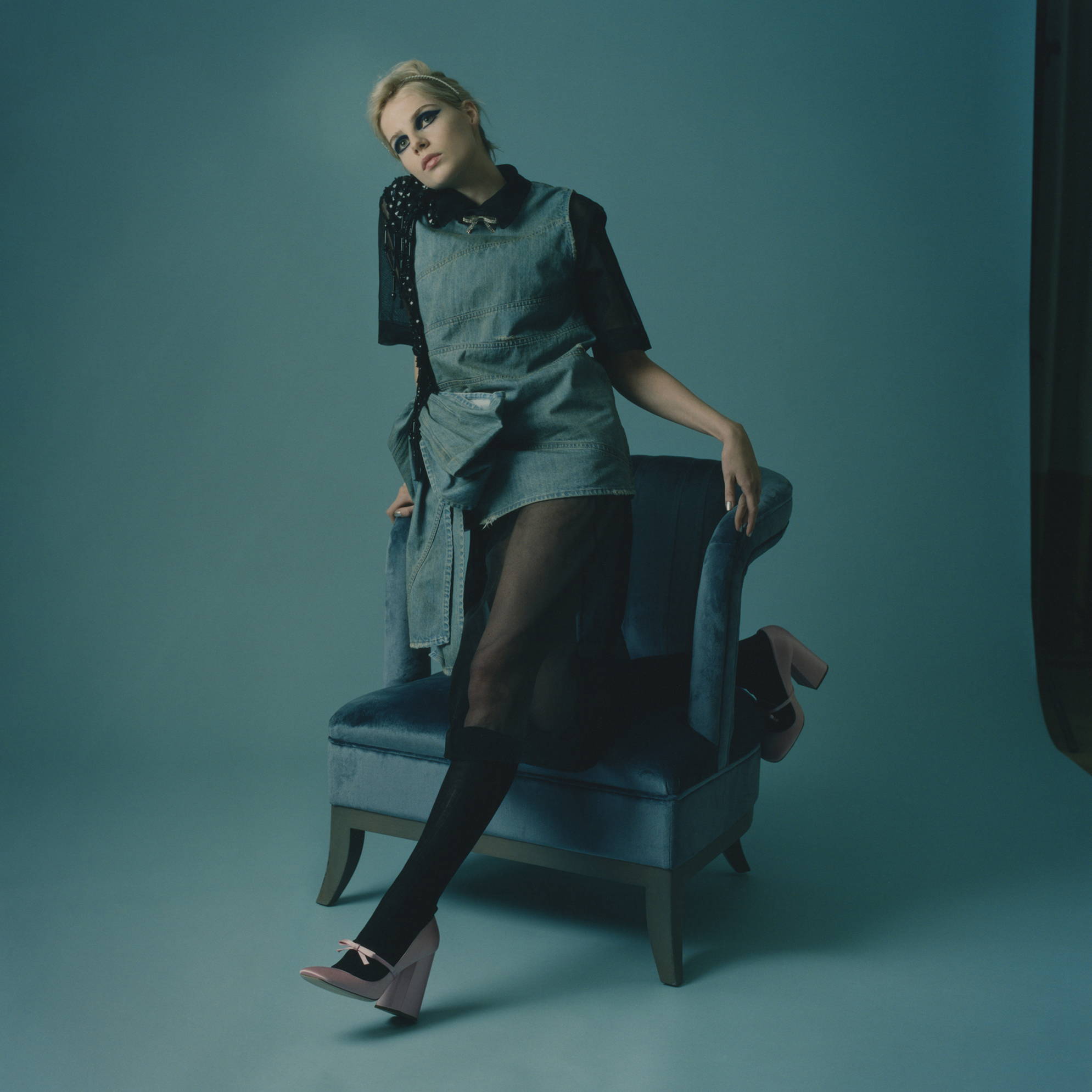 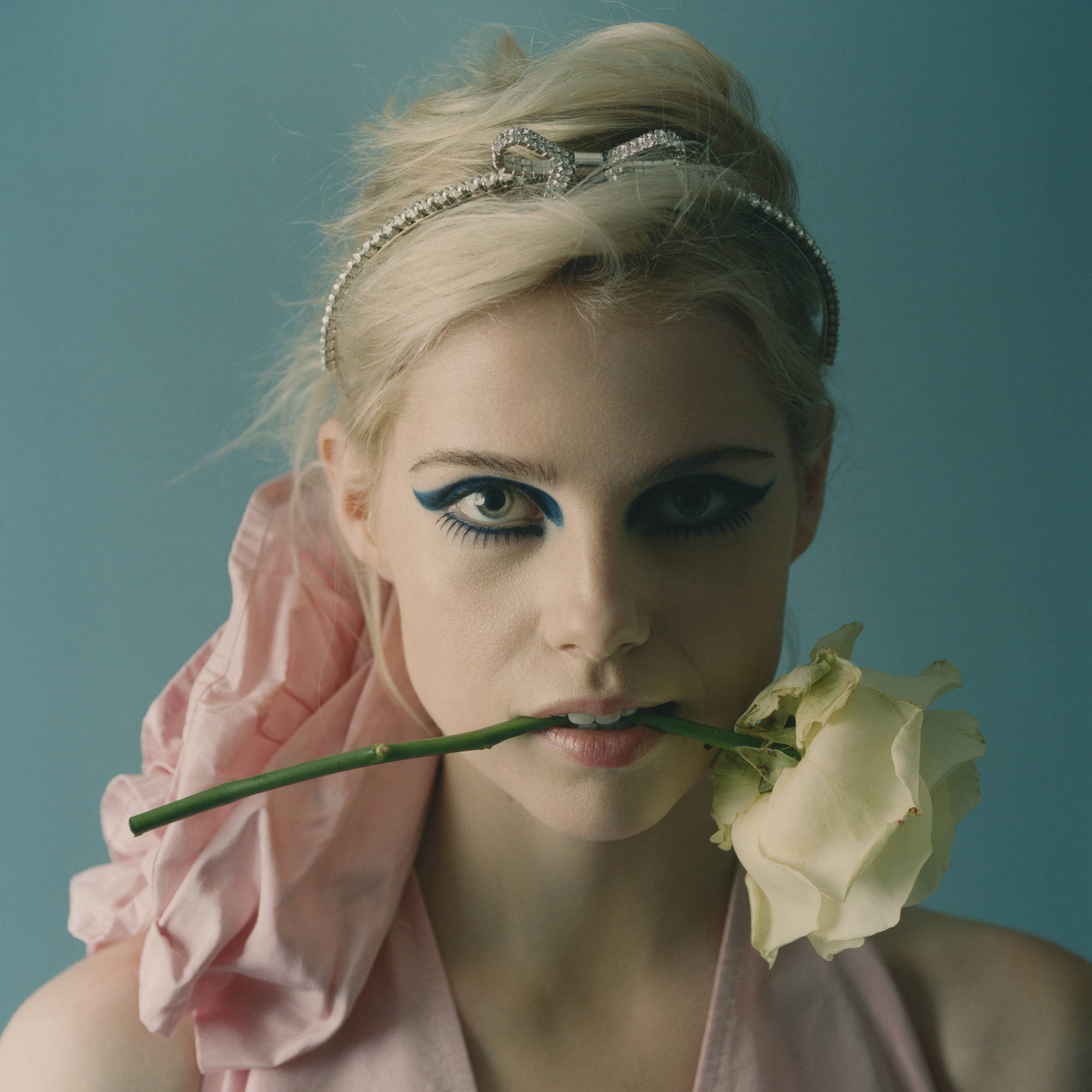 Nail by SABRINA GAYLE at THE WALL GROUP

With thanks to the THE LANGHAM