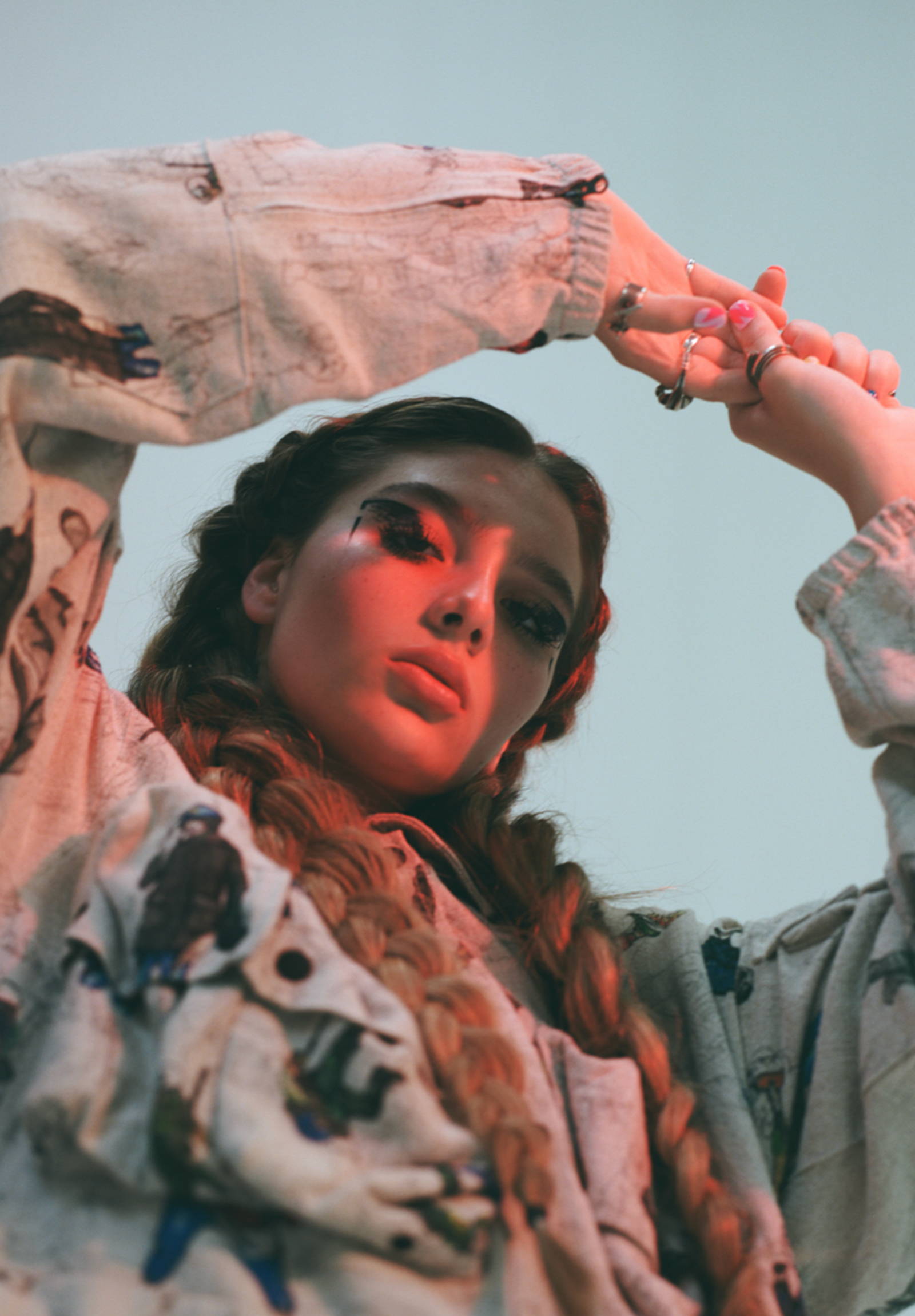 Los Angeles-based Grace Gaustad has gained more perspective in her 19 years than most people do in a lifetime. Whilst growing up she was relentlessly bullied for her sexuality, body, and brain, but when her cover of Hozier’s “Take Me To Church” launched her to fame in 2018, those experiences only served as ammunition.

Words by Nicola Davies
Gaustad’s new album, BLKBX: wht r u hding?,takes us through the first 18 years of her life, and tells her story of overcoming the shame, depression, and trauma of bullying. Gaustad wants to help young people going through what she went through. That’s why she’s also launched the BLKBX project, which helps teens struggling with mental health issues through music, in-demand resources, and even a virtual therapist.
Rollacoaster caught up with the young artist to chat about the album, how she’s helping teenagers with the BLKBX project, and what’s next in store.
Congratulations on theBLKBX: wht r u hding?album, and the videos and short film created with it. Take us through how you came up with such a fully formed concept.
I remember reading an article about how a black box on an aeroplane is a device that stores countless amounts of data. I was thinking to myself, during a 3 am episode, “what if we as human beings had our own black boxes that are metaphorical to us, that hold all the answers to our pain or trauma, but nonetheless are human as well?” I wrote “Jupiter” in September 2019 before leaving for California. “Jupiter” led to writing 11 more songs that told the story of my traumatic high school years. I then wrote narratives to those songs, dozens of poems and painted pictures over the course of a few days and created a book called BLKBX. I gave BLKBX to my mum for Christmas. She cried for days afterwards because it was just so heavy for a parent to digest, given a lot of the topics discussed.
You also founded BLKBX Project to help young people struggling with mental health. How did you come up with this idea alongside the album?
There are so many really heavy topics that I dive into, and I didn't want to present a project to the world that discusses all those things and then doesn’t give people any sort of solution. I'm by no means a life coach or therapist, which is where the partnership with Jaz Robbins comes in. Jaz is an incredible therapist, and she recorded twelve videos diving into all of the topics on BLKBX. They’re all free and available at blkbxproject.org.
You met your girlfriend Katie on the set of BLKBX after being friends online first. Do you believe in synchronicity?
I'm definitely a person who believes in synchronicity, I talk about it with my mum a lot. It was incredibly ironic because the role she [Katie] was cast to play was the bully. On screen we're acting one way and it's almost uncomfortable to watch, and then the cameras go off and this relationship is blossoming. It came out of left field, but at the same time BLKBX was a very magical little place in my life and it only makes sense that something super unique came out of it.
Alongside the music, you also express yourself through colourful makeup and clothing. Have you always used these mediums?
I have always dressed like the rainbow. When I was younger I explored makeup, but meeting Jo Baker who did all the makeup on BLKBX was a life changing experience for me. Jo and I sat down and really discussed in depth all of the songs, and we figured out how to take the meanings and execute them through makeup. How can we tell a story with art on the eye, or with gemstones? Makeup, hair and clothes are all really easy ways for people to tell the world how they’re feeling.
What’s next for you - is the following project going to be on a similar scale?
It’s going to have just as many layers. I’ve already finished my second project in terms of the recording and writing process, so we’ll probably see it early next year. BLKBX gave me a runway to have this creative freedom, and what was really cool was this incredible team that I found while working on the BLKBX set. Although it’s different in terms of the theme and story being told, it definitely follows a very similar format and there’s always going to be a sector of my projects that advocate for the LGBTQ+ community and mental health.
Photographer: Sharum Ari
Stylist: Laura Sophie Cox
Makeup: Jo Baker
Hair: Kylee Heath
Nails: Tom Bachik
Interview: Nicola Davies