British actor, Nikesh Patel on becoming the leading man and going beyond the script. 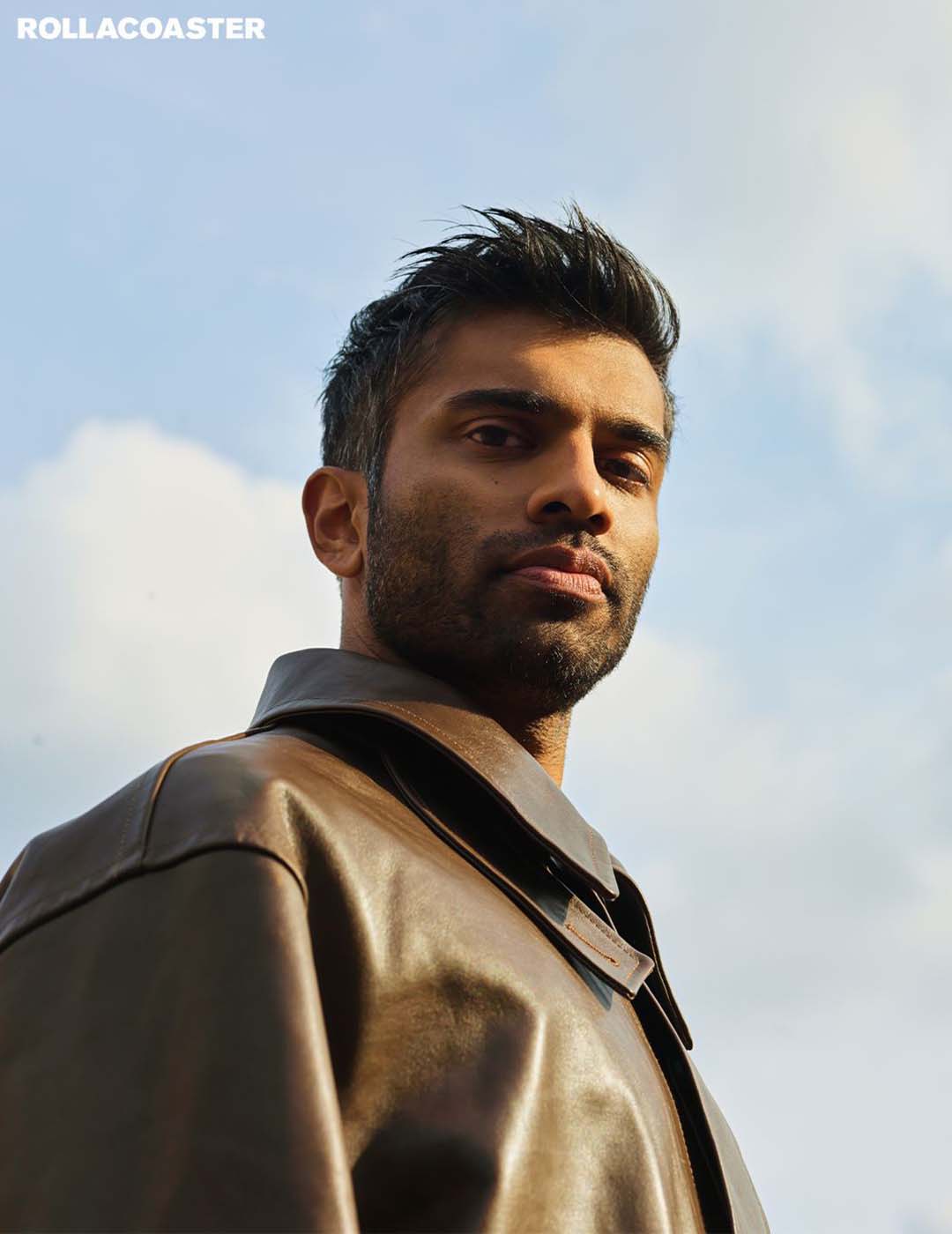 Featuring in our Winter 2022/23 issue, we catch up with Nikesh Patel to discuss a year filled with Midsomer Murders, Law & Order: UK, Indian Summers and Doctor Who.

Nikesh Patel is enjoying a moment of respite amid a busy year ahead. Paying his dues in conveyor belt shows like Midsomer Murders and Law & Order: UK, Patel’s stock rose ten-fold thanks to hisdeft turn in the historical drama Indian Summers, a seminal role that stretched his nuanced credibilities and opened doors for the rising star. Turns in Doctor Who and Man Like Mobeen came either side of his first endeavour into the fruitful world of romance and comedy and Mindy Kaling’s adaptation of the classic rom-com Four Weddings and a Funeral flaunted Patel’s insatiable charm and bumbling gusto, on the frontline of the fight to challenge the adumbrative archetypal leading man.

Patel’s star role to date found him once again vying the waters of comedy. Quirky, modern and, above all, realistic, Starstruck delves into the giddy mess of romance through the eyes of one of New Zealand’s finest comedic exports, Rose Matafeo. Playing Matafeo’s counterpart, Patel anchors the tone, gentle in his exploration of humour and raw in his perception of love. His new project The Devil’s Hour is a tetchy, disorientating and violent production that bridges the gap between nightmarish psychological horror and gritty crime drama realism. Appearing alongside Jessica Raine and Peter Capaldi, Patel impresses as Ravi Dhillon, a murder investigator who, ironically, is incensed and disgusted by the sight of blood. He builds the character from a base point of anxiety and confusion, disguising his fear with intrigue and ambivalence, urgent but never desperate, pained by the atrocities he witnesses and the consuming responsibility that his position holds.

Enjoying the brief intermission between roles, Patel talks on defying the leading man syndrome and building his most compelling characters yet. 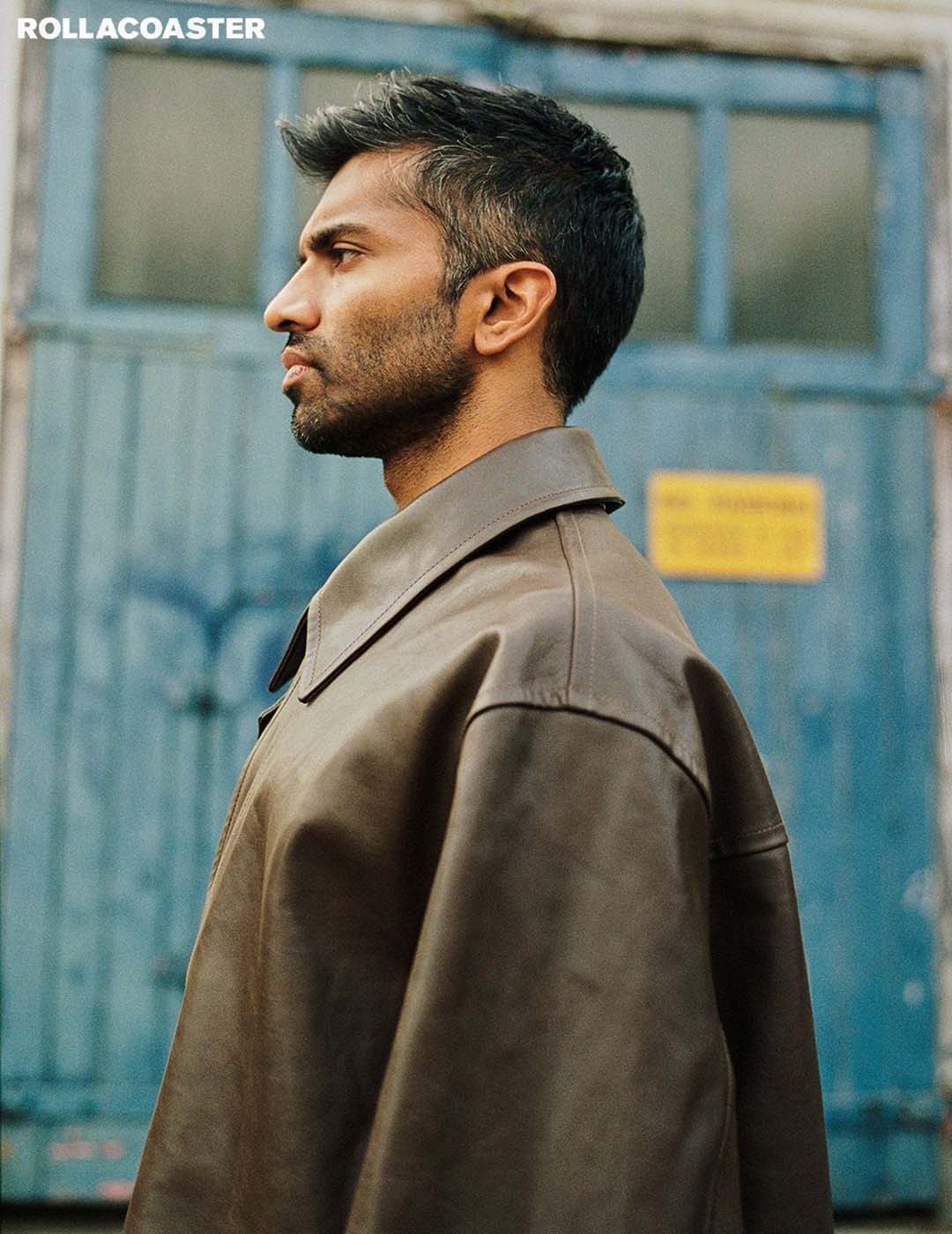 BEN TIBBITS: Can you talk me through the origins of how you decided to pursue acting?

NIKESH PATEL: It was something that I had friends doing at school. I dabbled in ita bit but I never thought it was for me. Maybe it was a confidence issue or something, but when I saw another Asian guy in a play, it was a production of Weird Sisters by Terry Pratchett and I thought, if he can do it, then I want to audition and get involved. It was only when I got to uni that I had the confidence to go for it and I got the bug from there. By the end, I spent all my time learning lines rather than revising for my exams. My friends were encouraging and told me that I was good at this and had thought about applying to drama school. I didn’t know what drama school was so when I get in, I thought that if this place can take me seriously and invest in me as someone who has a future in this industry then I can have that confidence in myself as well.

BT: Do you find yourself considering the genre when you’re taking on a role?

NP: You get stuck if you go into a role and think I must play a romantic archetype, for example. That’s not to say that you shouldn’t think about the genre that it is, but look at it as a script and take the pressure off yourself in some ways. Because the last thing you want to do is be self-conscious of the genre and have the freedom to play within it. It’s about taking each scene on its terms and not trying to perform the end result. I think that’s where things can get stuck and you feel a bit like the audience can feel like they’re ahead of you rather than understand the character.

BT: How did you prepare for the role of Ravi in The Devil’s Hour?

NP: I think a lot of it was down to the conversations I had with Tom Moran the writer and Johnny Allen our Director for the first three episodes. In some ways, I think Ravi is a proxy for the audience, because on a very basic level, at the beginning he’s trying to piece together what’s happening and doesn’t experience these flashes that Lucy, Jessica Raine’s character has. He doesn’t have that gift. Reading it, it felt like there was a way in for the audience there, but a lot of it was just about teasing apart how the plot builds. He’s not your typical TV detective, methodical and almost quite academic and cerebral. There’s a certain amount of fear that Ravi has as well going into each situation. What does that mean, pulling on the threads of something and finding yourself in this web that you weren’t prepared for?

BT:How have you found the transition from having smaller roles in shows like Doctor Who and Law and Order to the centrepiece in Four Weddings and a Funeral and Starstruck?

NP: In some ways, I think the challenging thing is when you have less screen time is that you’re a smaller cog in a big machine, you know, turning up and making an impact with what you’ve got. But when you’ve got a larger role, you’ve got a much bigger canvas to work with and that comes with its own challenges as you want to make sure you do it justice. The question is now though with roles, it’s less about making an impact and more about how you can get the most out of it, trying to figure out the meaning of it in a way that isn’t immediately obvious. There’s more room to find the details.

NP: Quite straightforward, to be honest. Like, I love watching films. I feel like we’re so spoiled with TV now and I like to immerse myself in it with shows like House of the Dragon and Rings of Power. I’m looking forward to checking out Andor as well because it’s got my The Devil’s Hour buddy, Alex Ferns, in it. I like to be inspired by what other people are making.

BT: What would you say your aspirations are for the future?

NP: I feel very fortunate with the work that I’ve been doing recently. I feel stimulated and acting is notoriously unstable and challenging. I love pushing that, in terms of genre and it’s really exciting that the next thing is going to be different, to explore a facet of a character, story or issue that I’ve not had the chance to do yet. Also seeing the way the industry has changed in the last decade, embracing representation which means there’s a bigger toybox to play in. It’s a really exciting time to be working.