Back in 2016, Noah Schnapp became an instant household name with a thrilling portrayal of Will Byers in Netflix’s cult sci-fi series, Stranger Things. Three years on and in the wake of the long-anticipated release of the show’s third season, Francesco Loy Bell sits down with Schnapp to unpack his perception of the role and his prodigious rise so far. Warning: May contain spoilers… 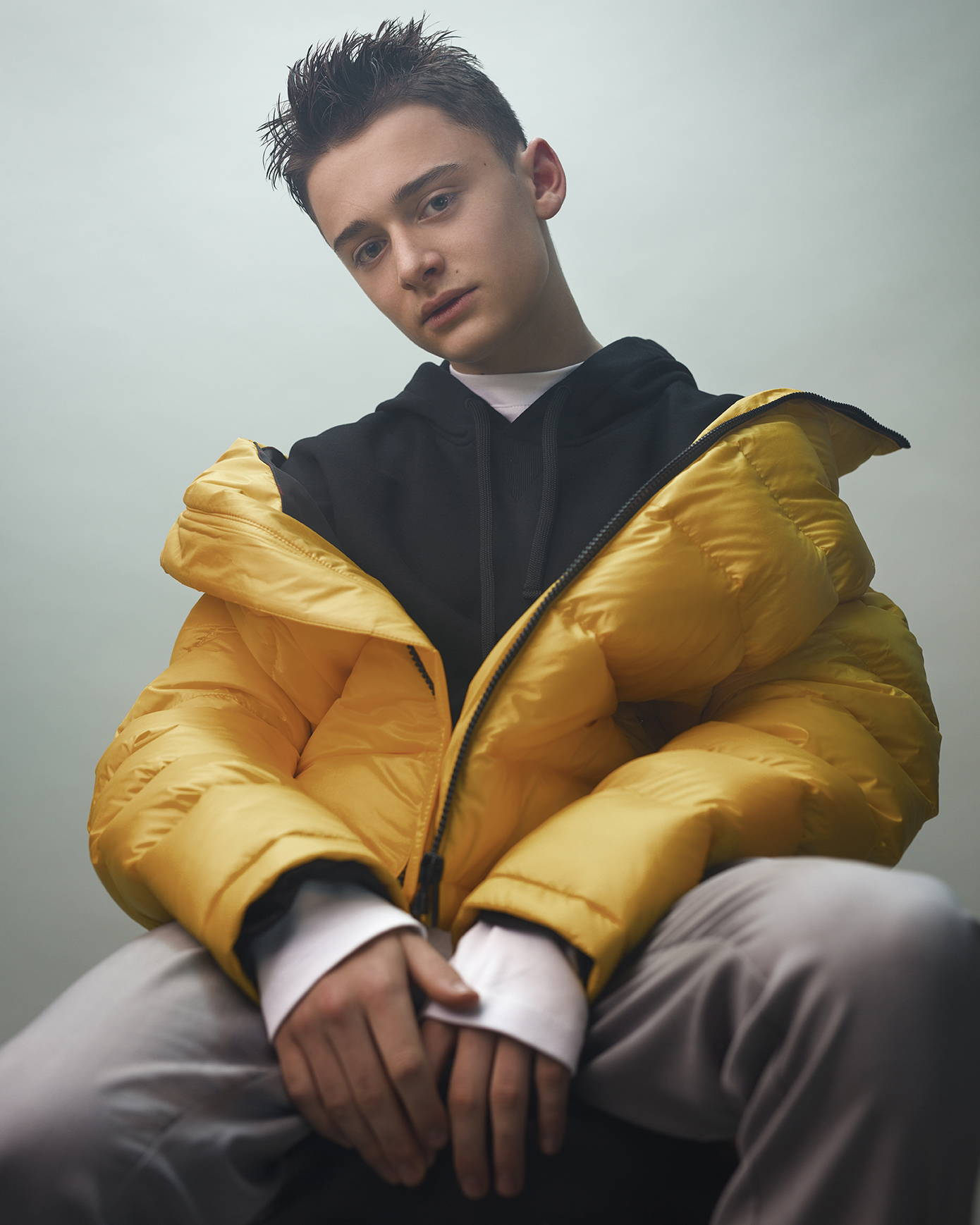 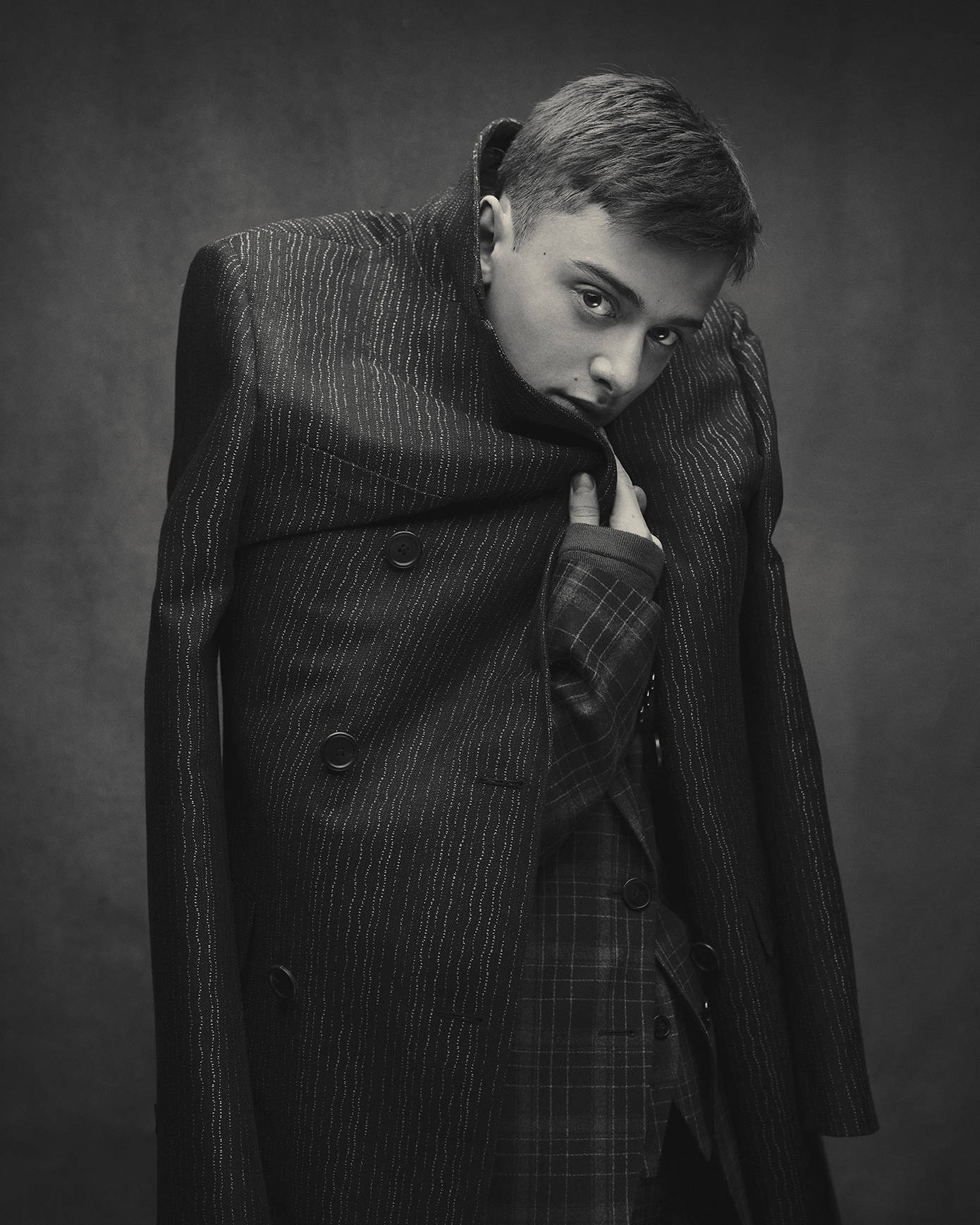 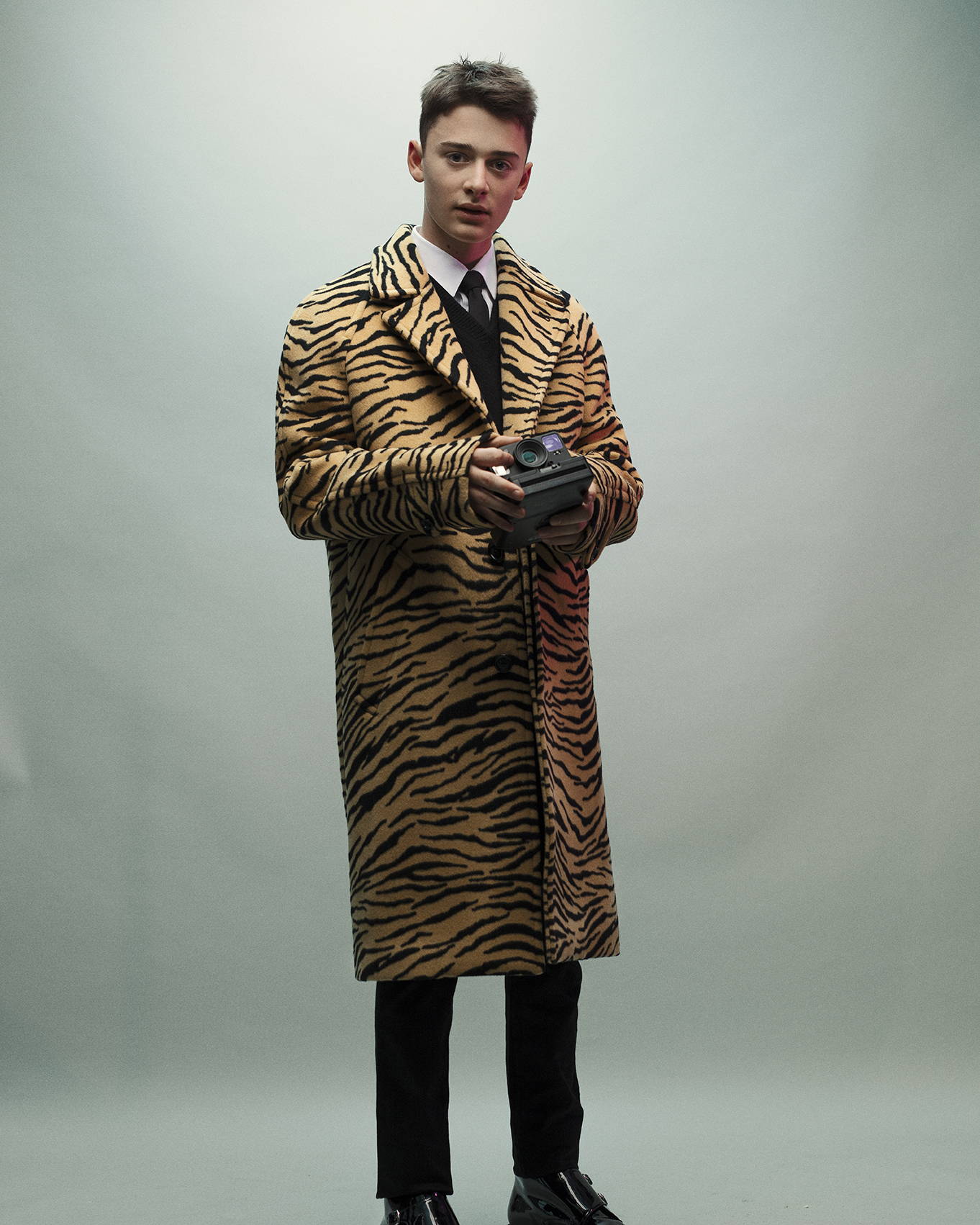 Sitting and waiting for Noah Schnapp to answer the phone is probably the most nervous I’ve ever been prior to having a conversation with a 14-year-old. I don’t mean this patronisingly – plenty of 14-year-olds command interlocutory caution – but this is a different sensation entirely. Perhaps it’s the fact that this particular 14-year-old has already achieved a degree of superstardom that 90% of actors, let alone mere humans, could never even dream of, propelled to immediate superstardom by his starring role of Will Byers in Netflix’s sci-fi behemoth Stranger Things.

Schnapp is a New Yorker, growing up in a town called Westchester despite both his parents being from Montreal. He started acting for fun alongside his twin sister Chloe, and his natural talent was recognised early, prompting his acting teacher to recommend he go pro at the age of eight. Commercials and smaller jobs swiftly ensued, before his break came in 2014 in the form of Steven Spielberg’s Cold War drama Bridge of Spies, alongside a certain Tom Hanks. “Tom really taught me the basics of acting: where to stand, how being on set works and everything,” Schnapp gushes. “I learned a lot on that film and ever since then I’ve really looked up to him. He’s kind of been my mentor just because he’s an amazing actor, and a very good person, so I strive to be like him”

It’s testament to the precocious nature of Schnapp’s career thus far, that the 14-year-old’s biggest project to date isn’t the Oscar-nommed movie. That honour, of course, is reserved for Stranger Things. In the show, Schnapp plays Will Byers: one of the members of the Dungeons and Dragons-playing gang of friends that we quickly become enamoured with as they fall deeper and deeper into a governmental, inter-dimensional crisis.

Schnapp’s own position within the show’s debut series is an interesting and one. I’m not even going to put a spoiler warning here, because if you haven’t seen Stranger Things at this point, then to be honest, you really don’t deserve it. But essentially, Will is abducted by a ‘Demogorgon’ on his late-night bike ride back home from his friend Mike's house (played by Finn Wolfhard), and held hostage in the spooky ‘The Upside Down’ (a parallel universe where everything is rank and decaying). He quickly becomes the lynchpin around which the entire show circulates, as the rest of the group’s efforts focus on finding him.

This is all very well, except for one problem: Will is barely on-screen throughout the first season, a unique and rather strange juxtaposition. “It was kind of weird, because in season one, the show was about me, but I wasn’t […] in it a lot. I lived in New York, and I would fly to set every few weeks for a few days to film a scene here and there.”

You can tell that Schnapp is keen not to sound ungrateful for the way in which his Stranger Things journey started, but the young actor’s enthusiasm for the show’s second season, in which he is afforded much more screen time and a chance to really explore his character, is palpable. “Season two was a lot better,” he enthuses, “because I got to stay there and live there for eight months. I really built close relationships with all the cast members and the crew.“ One such cast member is none other than Winona Ryder, who play’s Schnapp’s mother in the series, and who was crucial in helping him acclimatise to being on set full-time: “I first remember texting Winona about some scenes and she was talking through it and telling me how she did it […] She was a child actor so she understands a lot of things I’m doing.” 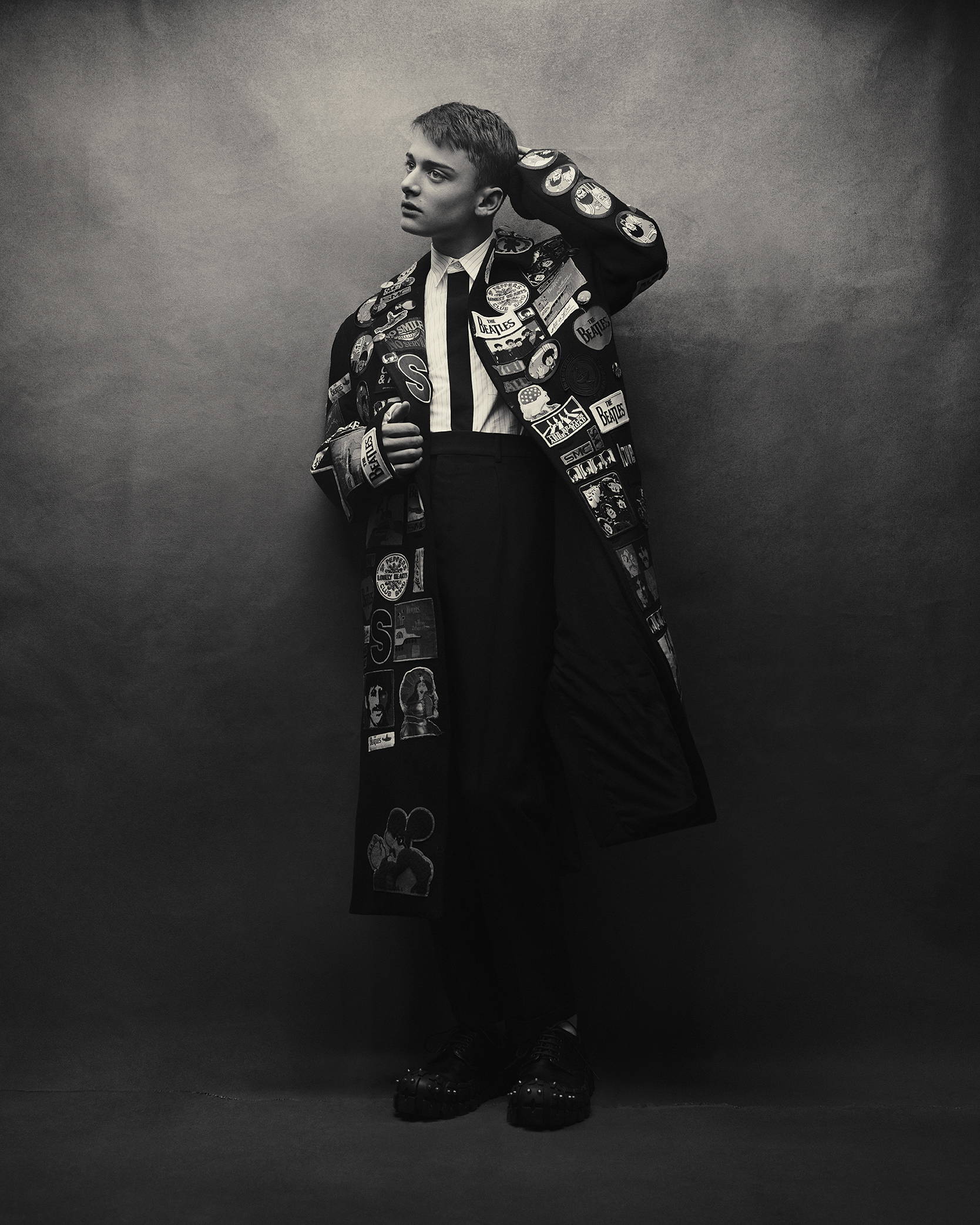 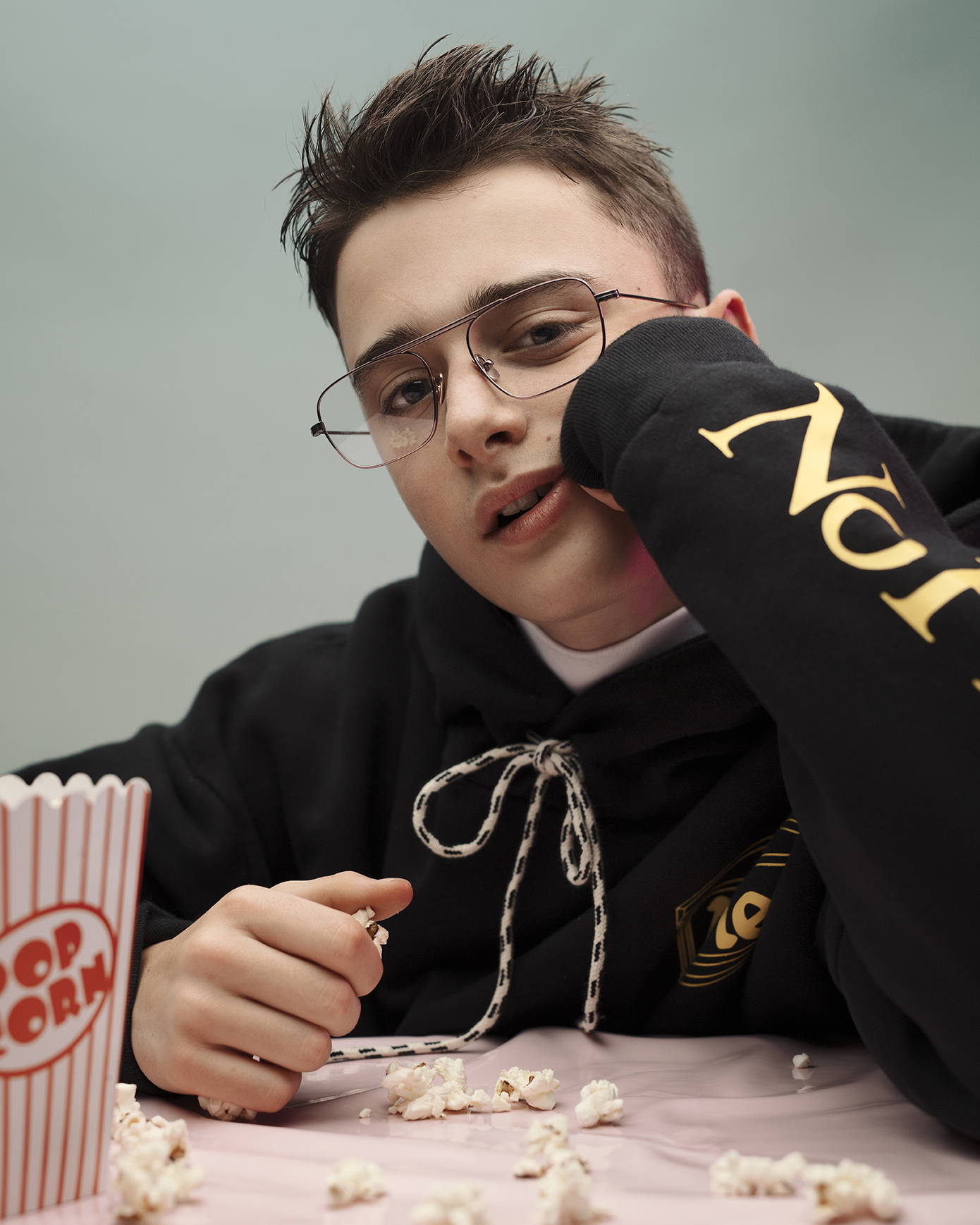 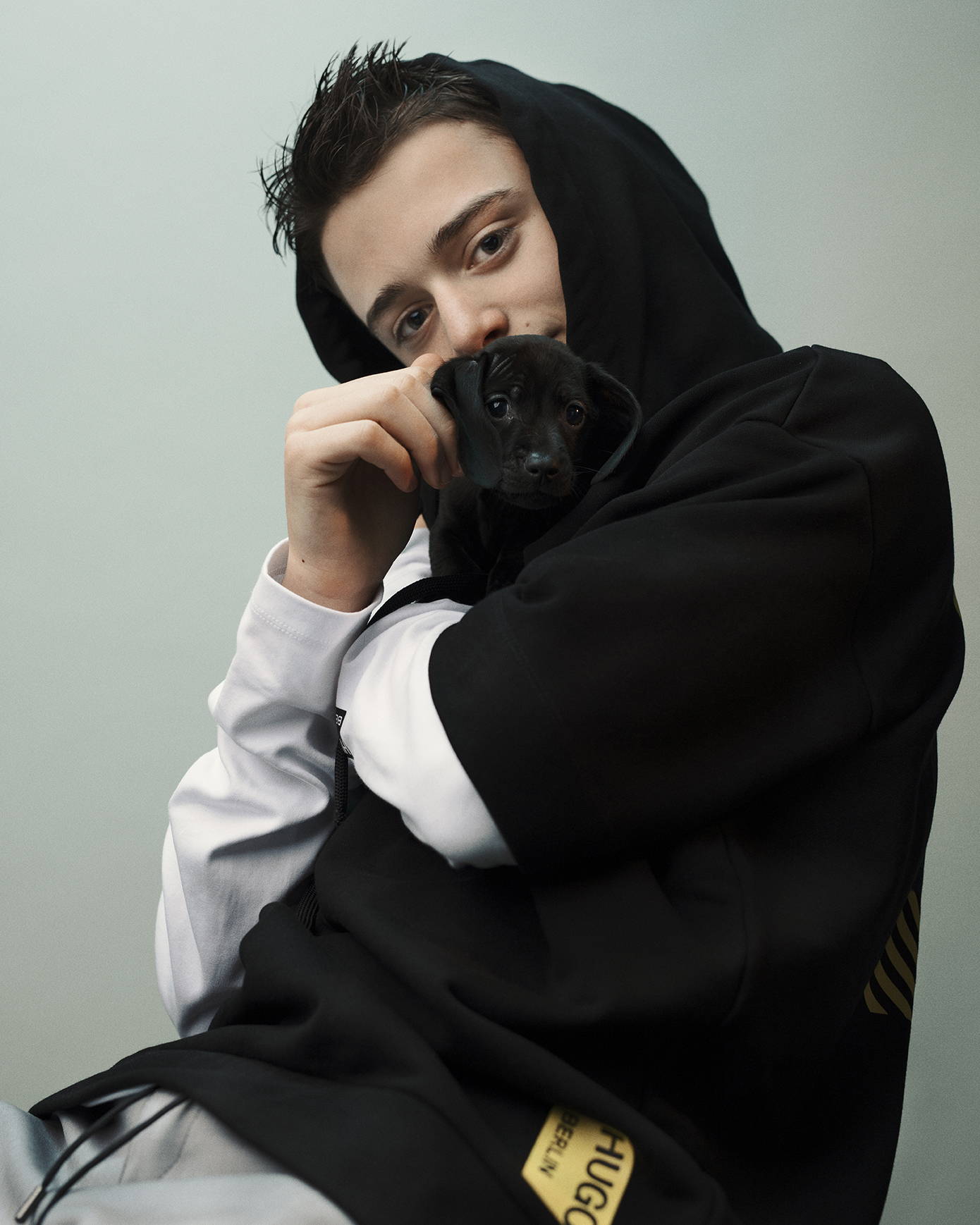 Schnapp was never going to take the opportunity to flex his acting muscles for granted, and prepared intensely for the second season, watching YouTube videos to study the way’s in which the body contorts physically during a seizure in preparation for his season-stealing ‘exorcism’ scene. This was a gruelling physical jump from season one, though it’s clear that Schnapp relished the task: “It was challenging, but it kind of let me stretch my acting so I’m happy I got to experience it. I learned so much and it made me a better actor.”

While the transition from seasons one to two was mainly physical, that from two to three forced Schnapp to delve into the mental and emotional psyche of his character far more than he had before in the show. Season three sees Will suffer the horrible and all too universal notion of being left behind while his friends mature, as their girlfriends increasingly overshadow the place of Dungeons and Dragons. “All of the other kids are growing up and ready to conquer whatever is coming at them in their teenage years. Will was stuck in ‘The Upside Down’ for so long and now he has to catch up on life because he hasn’t been there and he’s kind of behind,” Schnapp explains: “He’s not included in the group. He still wants to go back to being a kid again, he doesn’t want to start all of this craziness.” Interestingly, while Will might to stay in a comfortable pocket of time forever, Schnapp found the uncomfortable transition a “fun” and welcome challenge to portray. “Everyone’s been like: ‘give Will a break!’” He laughs, “And I was like ‘No!’ I like it.” That said, Schnapp does harbour some sympathy for his character and what he’s been through, hastily adding: “I want to see him become a little more independent… Maybe a little happier!”

Arriving so early on in his career, the way in which Stranger Things has transcended work for Schnapp is inevitable, though it’s still heart-warming to hear the positive effect it has had on his life firsthand. “They’ve literally become my best friends,” he says fondly of his fellow cast members. “I love them! I have a special relationship with them, because they understand that we’re all kids going through this industry – doing the same thing and not knowing what we’re doing. We’re all doing that together.” With a fourth season already confirmed, what’s certain is that Schnapp and his gang of best friends – both on and off the screen – will continue to navigate their own monumental teenage years alongside their characters, “not knowing” what they’re doing to such brilliant effect.