About to make his mark on the film and art world, we meet PARIS BROSNAN to find out how he's planning to take over. 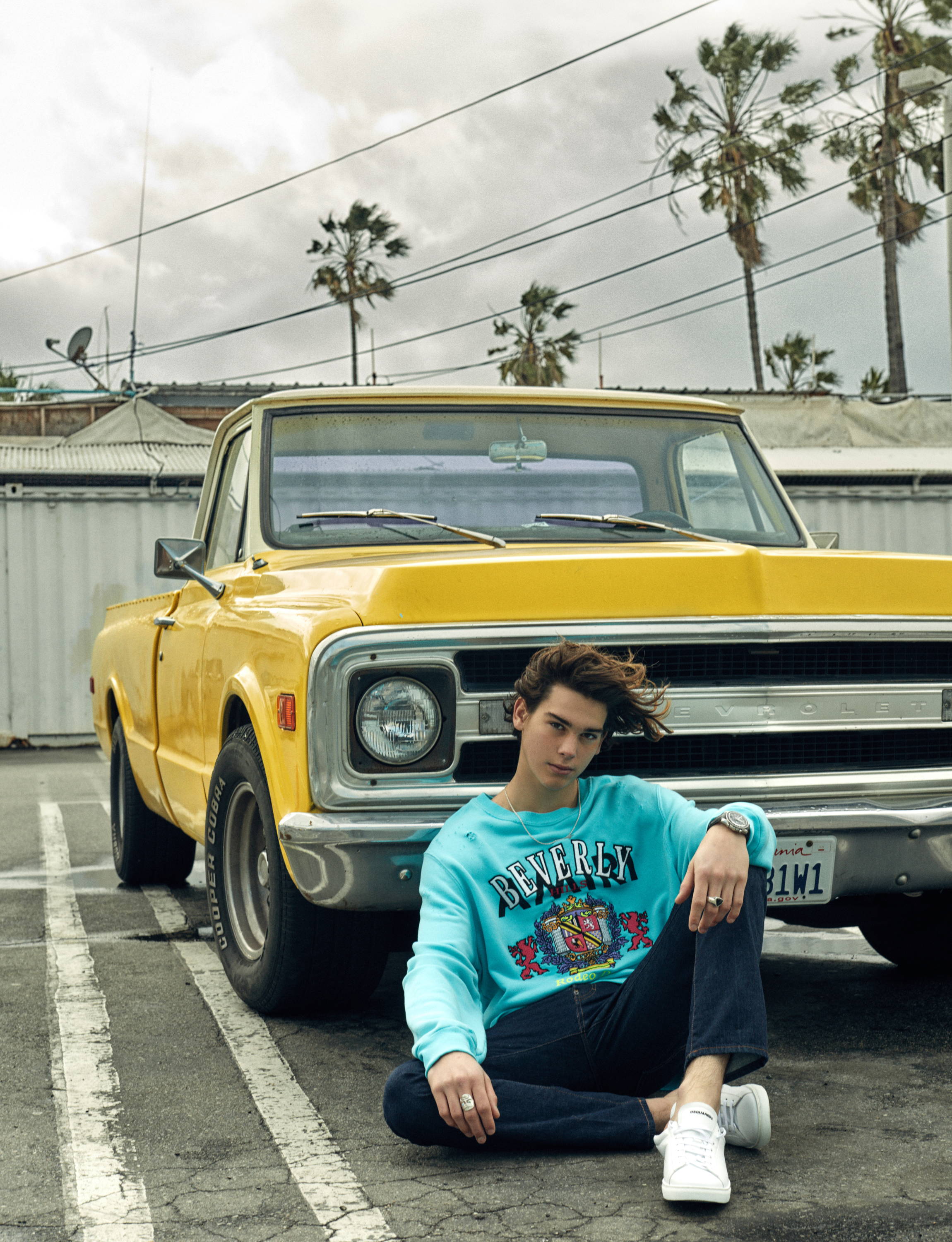 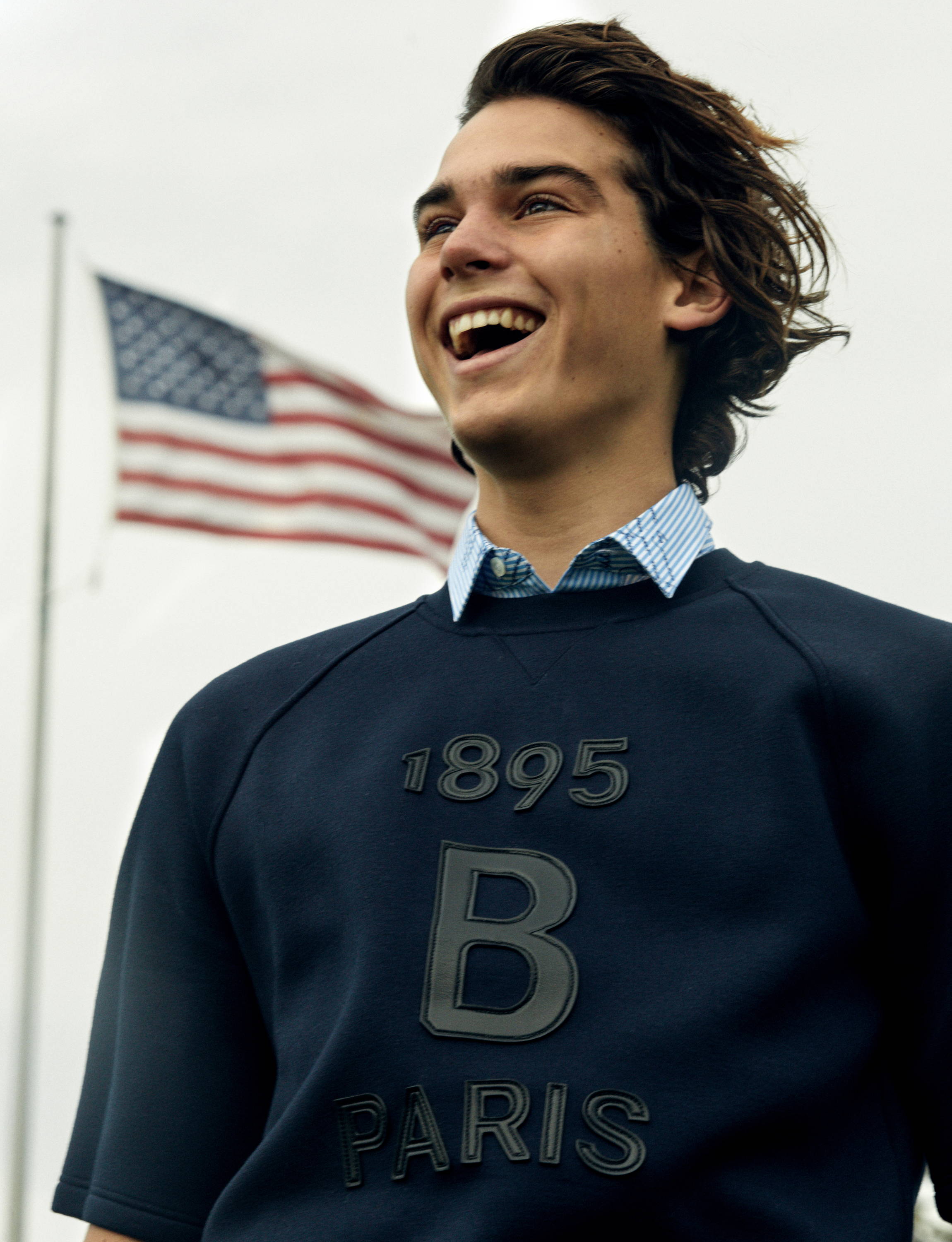 Jumper and jeans by AMIRI and shoes by DSQUARED2

All clothing by BERLUTI

Paris Brosnan has a lot on his plate at the moment. Between finishing school and applying for colleges, he’s also becoming one of the hottest names in the modelling world and focussing on honing his craft in directing and art. With tons of exciting projects coming up this year, we grabbed a rare few minutes with the 18-year-old to find out how his 2019 is looking so far.
Hey Paris, how are you?
I’m good, thank you. I’ve been very busy with school. I’m currently waiting for college acceptances this Fall and prepping for a mini documentary I’m directing and producing in Sri Lanka.
What have you been up to this week?
I’ve been focused on work and school this week and I’ve also been surfing a few times with my friends.
You just mentioned you’re applying for colleges! What courses are you hoping to do?
I’m hoping to attend USC School of Cinematic Arts or a film program based in Los Angeles. I’m interested in Directing and Cinematography.
What draws you to film and art?
I like being creative and making unique art that reflects my own style. I like that there are no boundaries in art and film. Having grown up in an artistic household and on film sets, I’ve always been drawn to film and art because of its ability to reach and inspire people (in a visual medium).
Who are your favourite directors?
I like Quentin Tarantino, Wes Anderson, and Kai Neville.
What are your favourite films?
The Big Lebowski, A Clockwork Orange, and Fight Club. I also like surf films includingTake Every Wavemade by my friend Rory Kennedy.
When did you start wanting to make your own films?
I’ve been making films since I was in grade school. I would film my friends skating and surfing. I also made short action and horror films.
Are you working on any now?
I’m currently working on a project for a global brand that will be released worldwide this Spring/Summer.
What message do you want people to take away from your films?
I want to them to feel moved and inspired and to let them know that their voices matters. Last year I made a politically motivated film asking my friends “What do you believe?” and “Do you think your voice matters?” I was proud and moved by the result and how engaged young people are in our world affairs.
Who are your favourite artists?
Banksy, Shepard Fairey, Salvador Dali and my father.
What spurred you to creating your own art?
My father is an artist and is always painting, working on his craft as an actor, filmmaker, and producer. His art work has always inspired me to create my own.
When you’re not working, how do you like to spend your time?
I spend my free time surfing, taking photographs, and making music with friends.
You’re getting big in the modelling world! How’s that experience been?
I enjoy modeling. I meet a lot of great people, travel to interesting places, and I get to wear some of the most beautiful designer clothes and jewellery.
What else does 2019 have in store for you?
I’m graduating from high school in June, deciding which college to attend this fall, and I have a lot of international travel ahead of me to look forward to − to Sri Lanka, Indonesia, and Ireland. 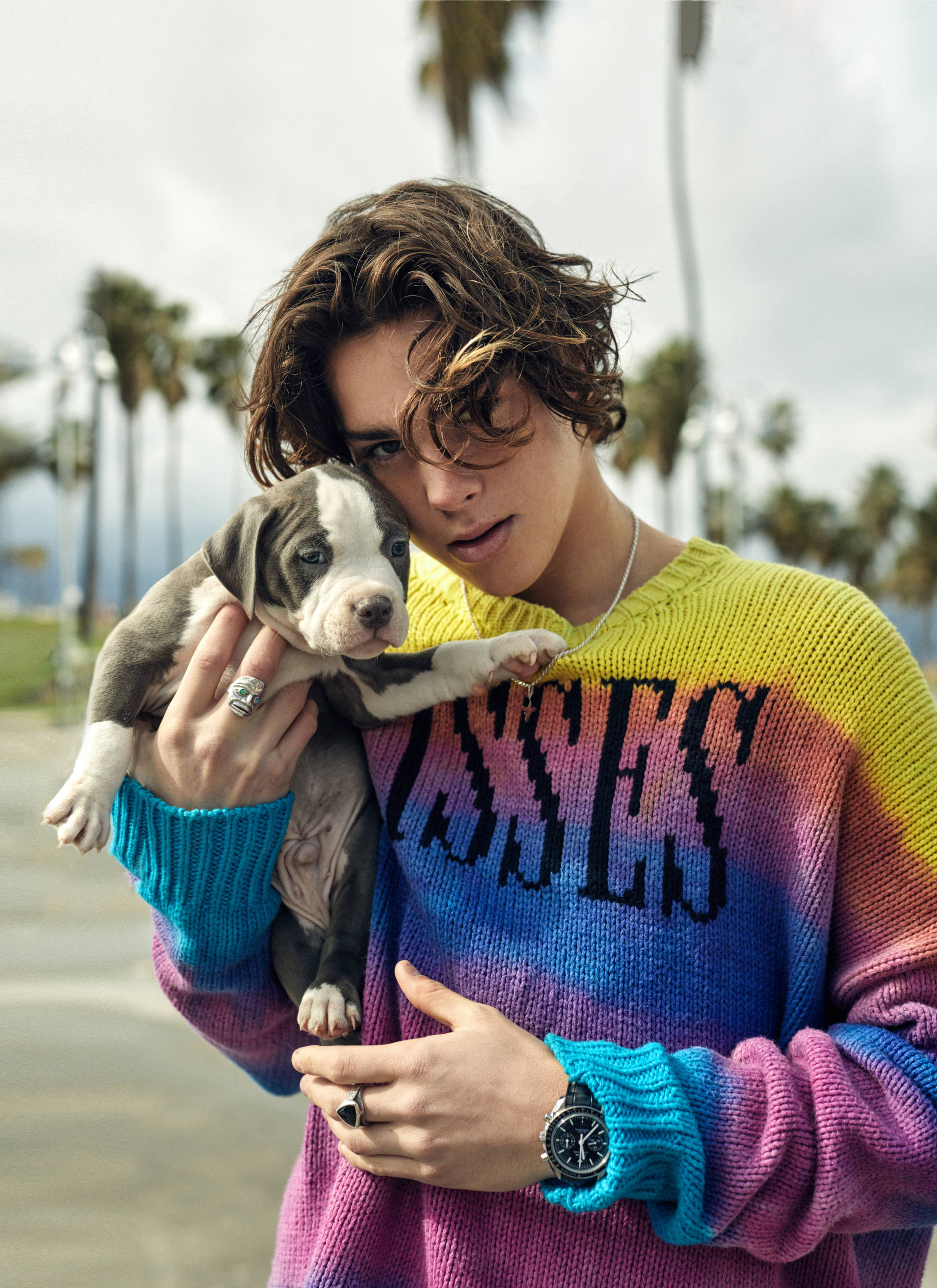 Jumper by AMIRI and watch by OMEGA 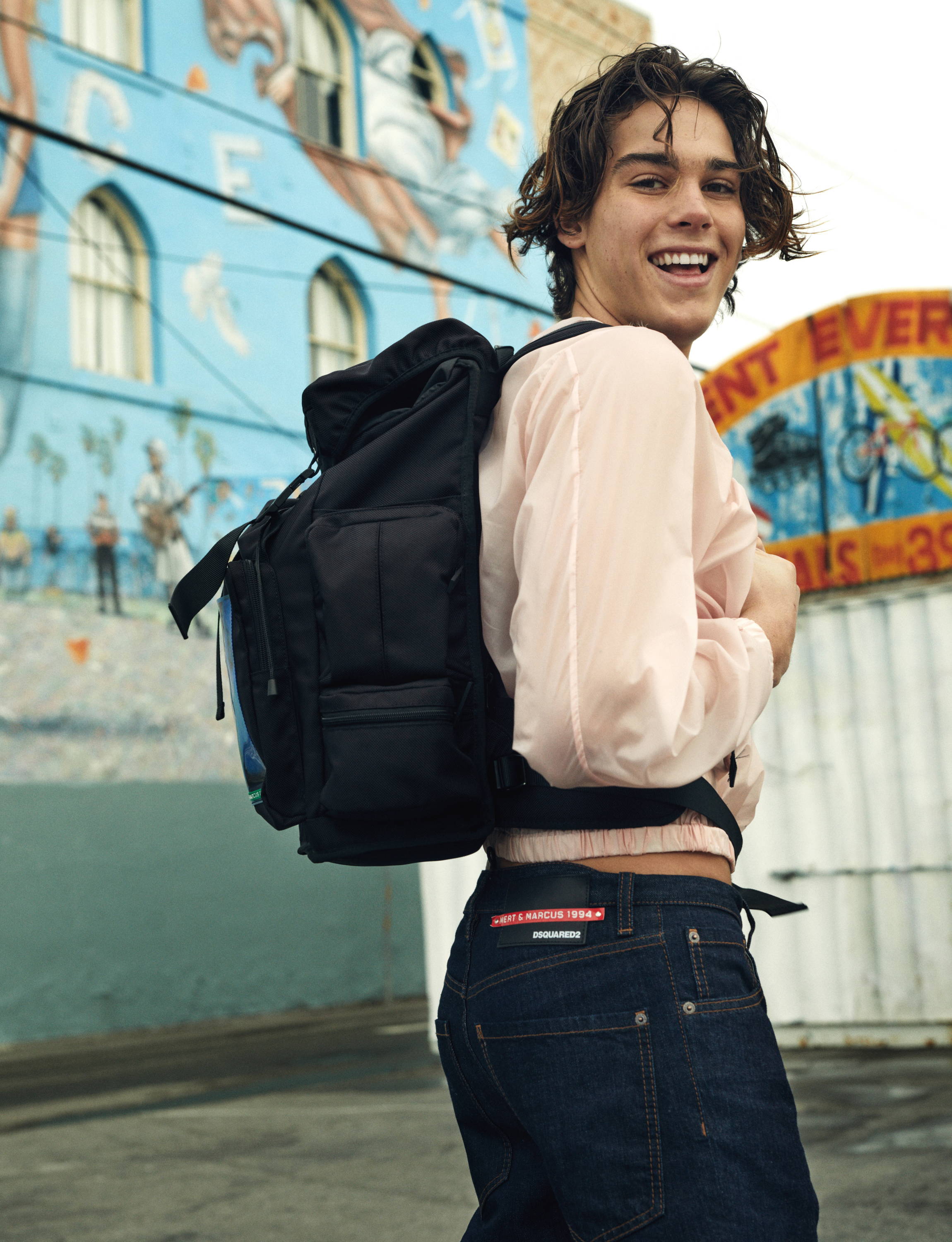 All clothing by MERT AND MARCUS FOR DSQUARED2 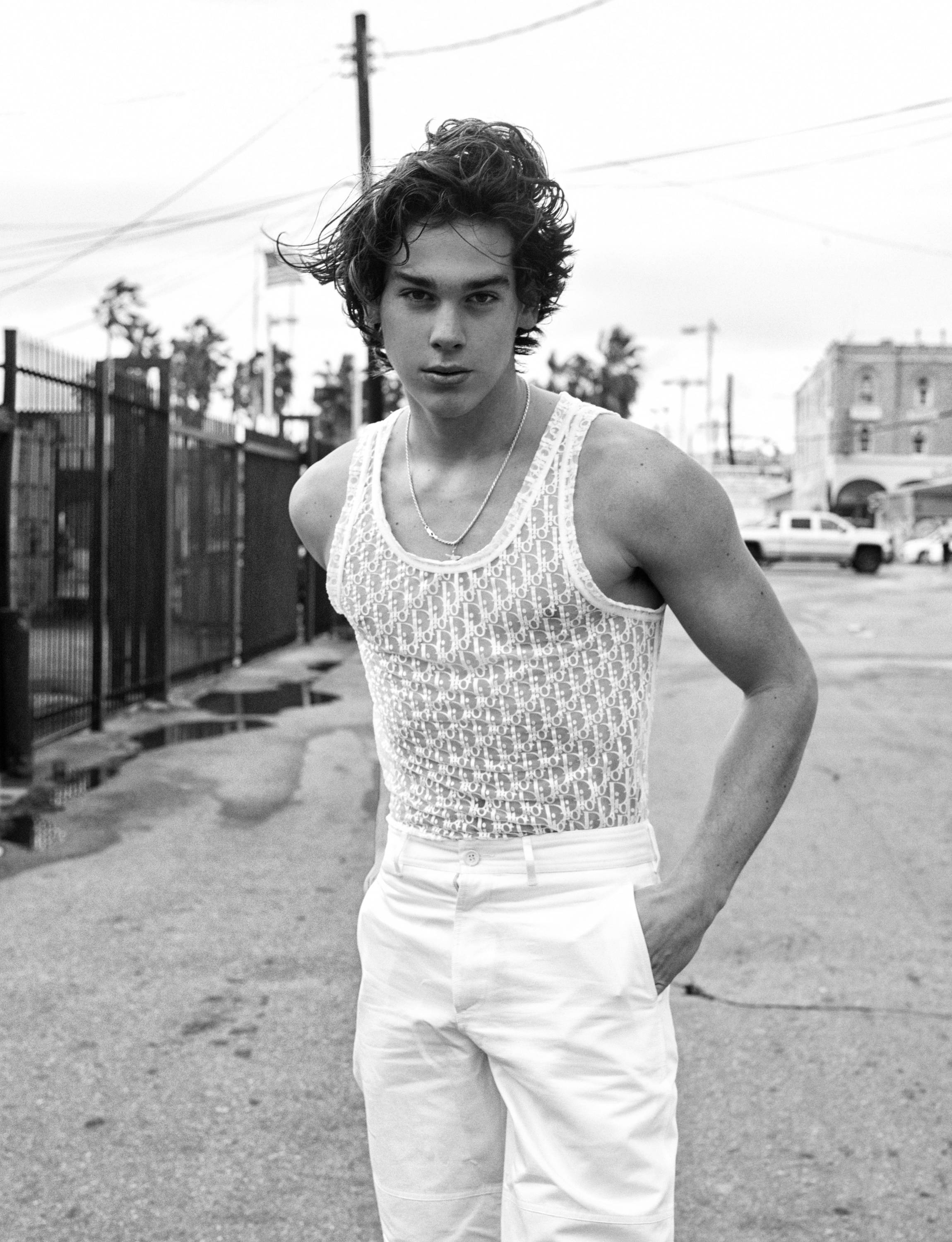 All clothing by DIOR 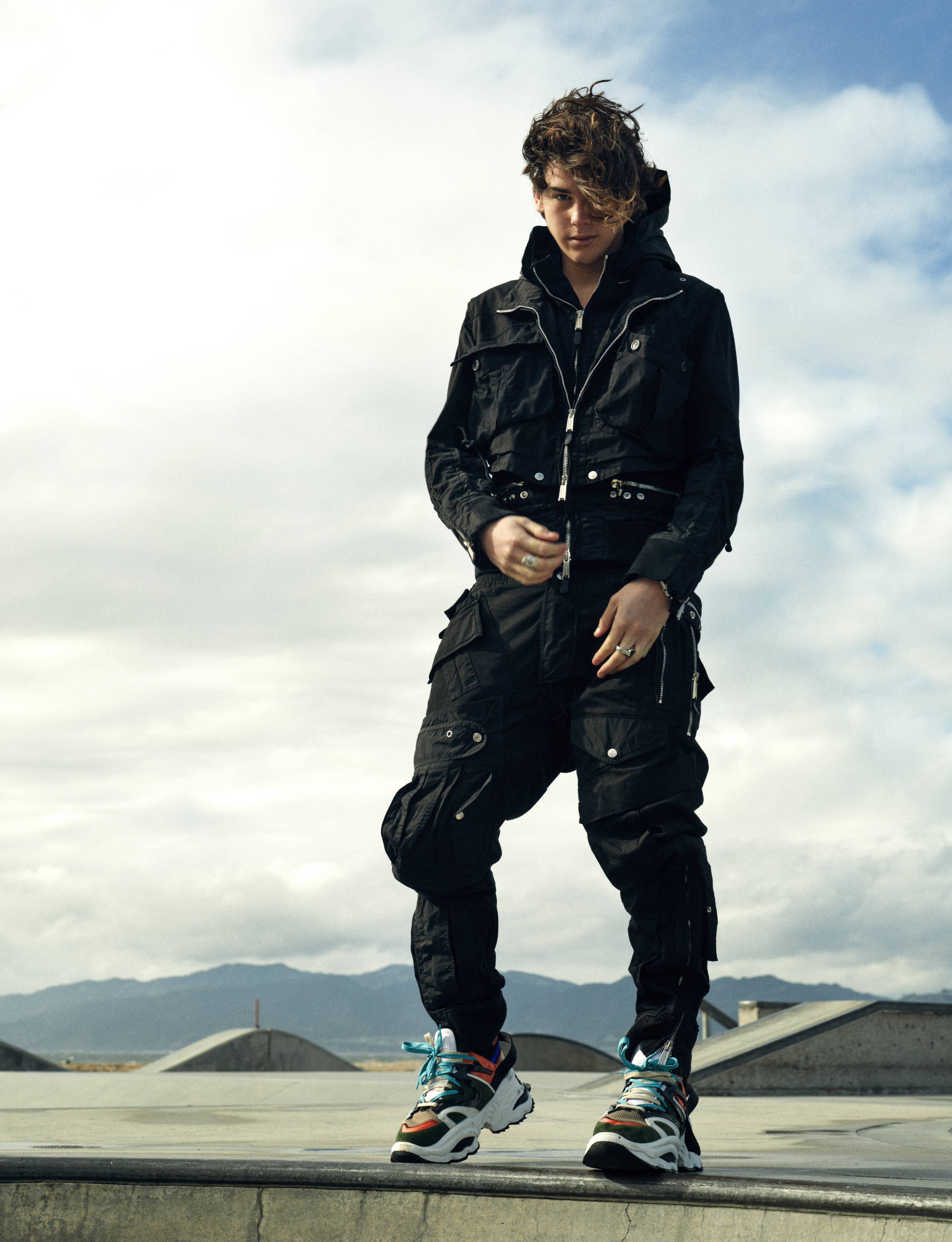 All clothing by DSQUARED2 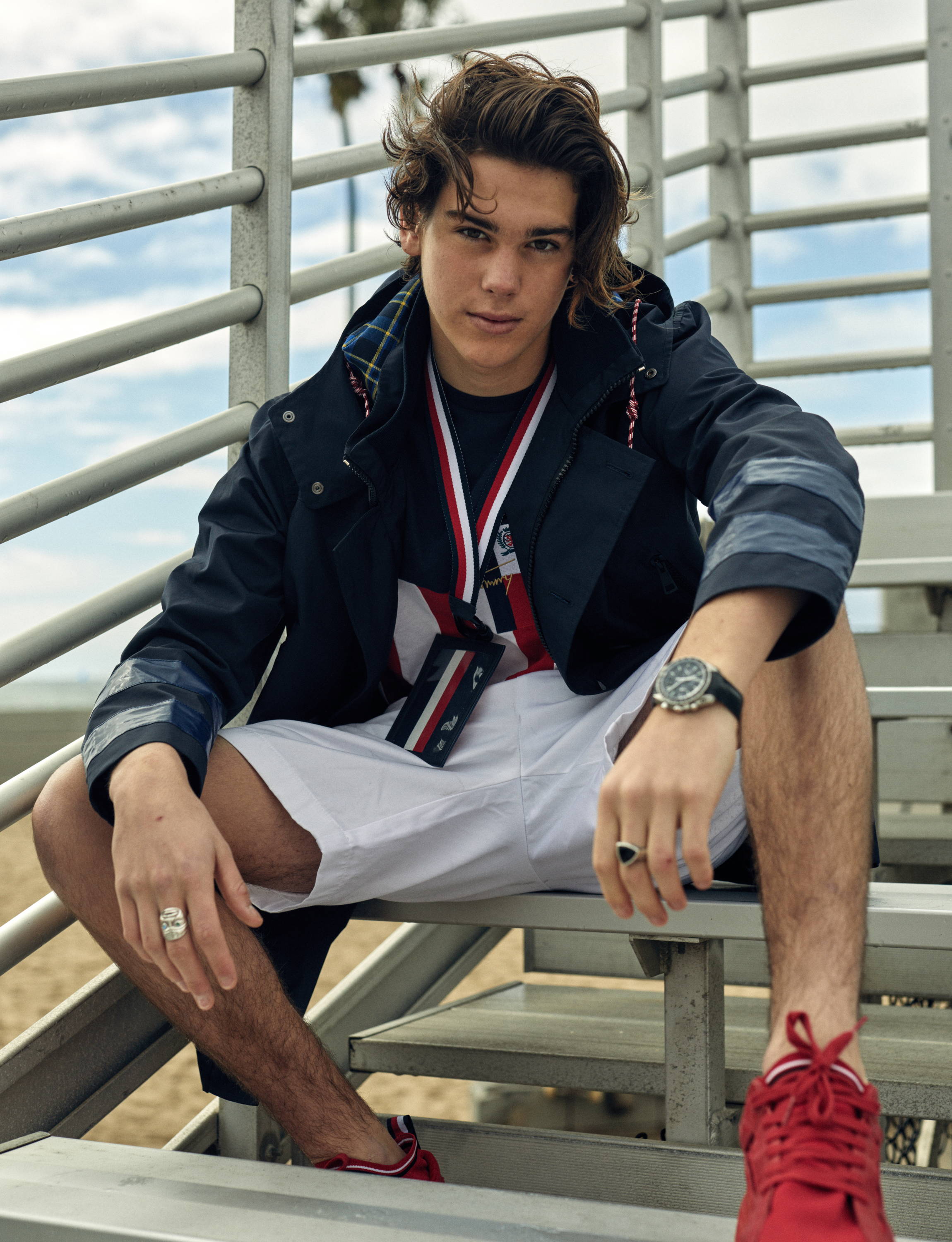 All clothing by TOMMY HILFIGER and watch by OMEGA 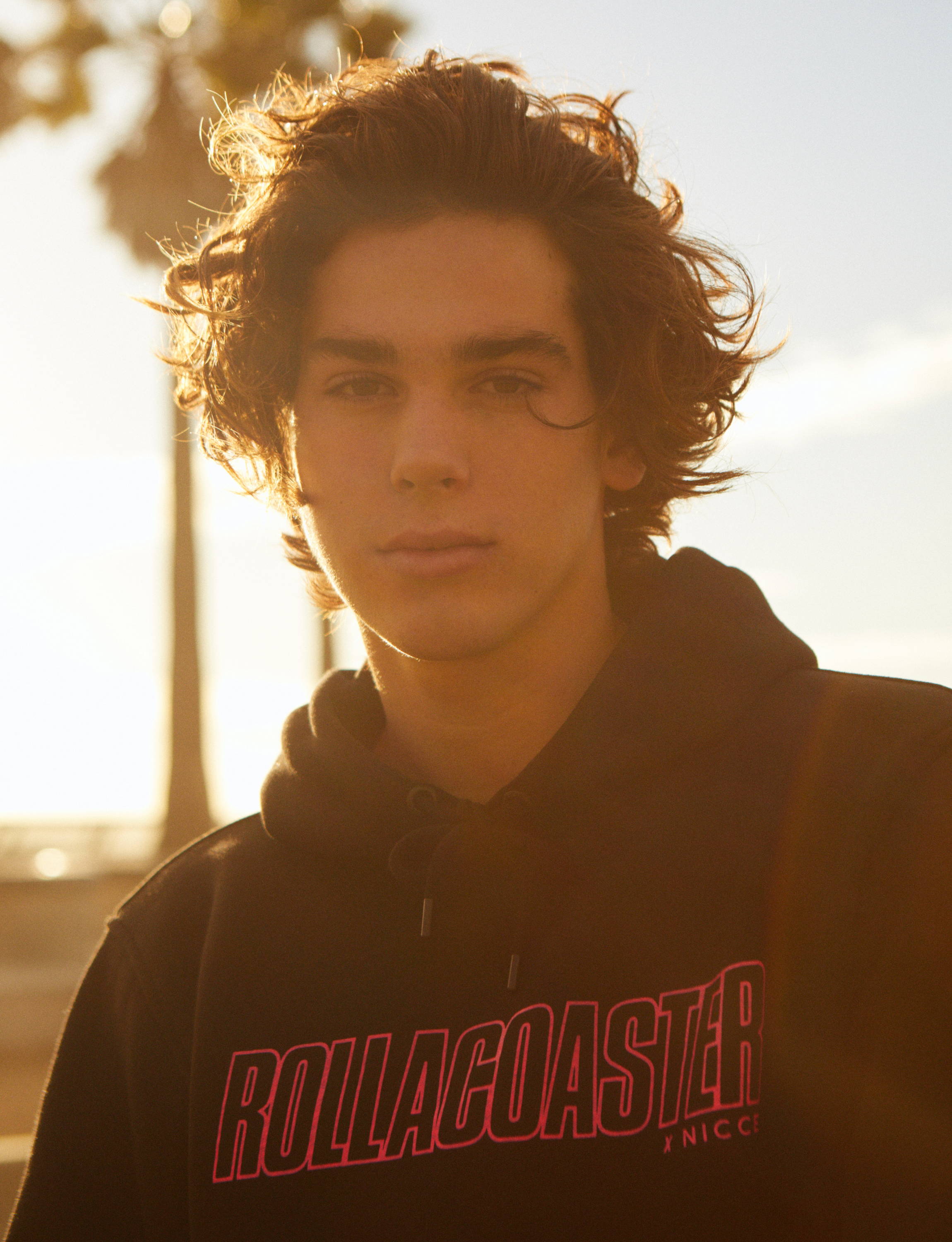 Grooming by ALEXA HERNANDEXat FORWARD ARTISTSusing YOUTH TO THE PEOPLE