The paradox of Paul Walter Hauser: an actor, comedian, gym-goer and pizza-lover. 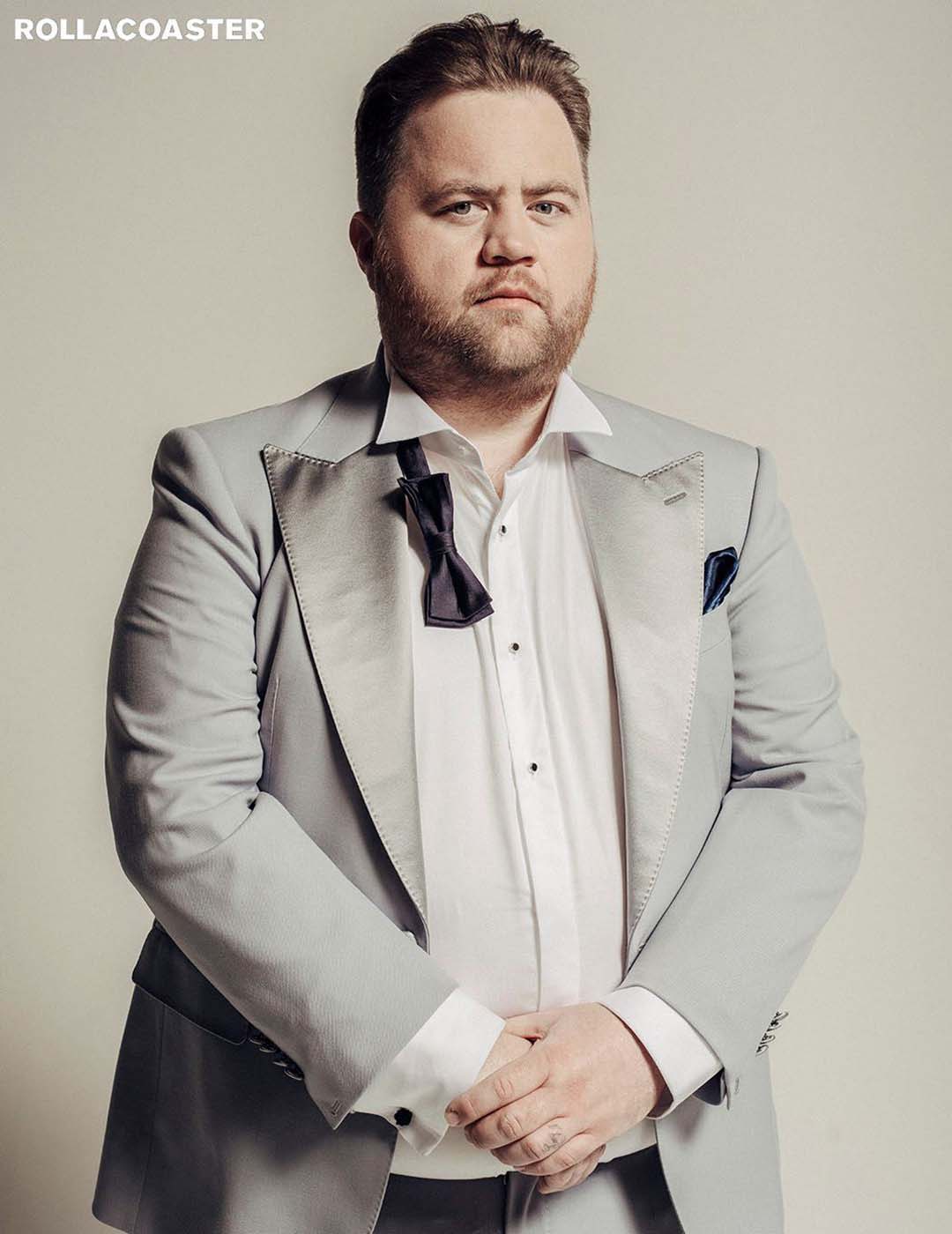 featuring in our Winter 2022 issue, Paul Walter Hauser talks on playing evil, the dangers of future-tripping, his new EP “Murder For Higher” and finding true happiness at home.

It takes a certain kind of strength to play evil. Yet I never expected that strength to manifest in a man who uses phrases like “pretty stinking cute” — but then again, Paul Walter Hauser has never been one to bend towards expectations. A drama actor with a sizeable comedic influence, 36-year-old Hauser is a quintessential paradox. He starts his day on the treadmill followed by crunches, ending it with a trip to Joe’s Pizza to bring home slices for himself and his wife. He stars as the fan-favourite anti-hero, Stingray, in Cobra Kai, but also as one of the most prolific serial killers in American History, Larry Hall, in the Apple TV+ miniseries, Black Bird.

Calling from his hotel room in New York City, I answer awaiting to hear the unsettling and high-pitched voice of Larry Hall, instead meeting a cheerful Hauser, who has just returned from his guest appearance on Live with Kelly and Ryan. Breaking him into his second interview of the morning, I ask the actor what’s making him happiest right now. “Definitely my wife being pregnant with our second child. We already have a little boy named Harris and are about to have another, so I’m most excited about that,” he answers, dropping in a “pretty stinking cute” for good measure. Juggling an ever-growing family with the inimitable hype garnered from The Afterparty, Cobra Kaiand Black Bird respectively, Hauser’s life is currently one of chaos and change. “What I’ve learned is you can either never be ready for anything or you can always be ready for everything. And I think a lot of it has to do with attitude and just showing up.” 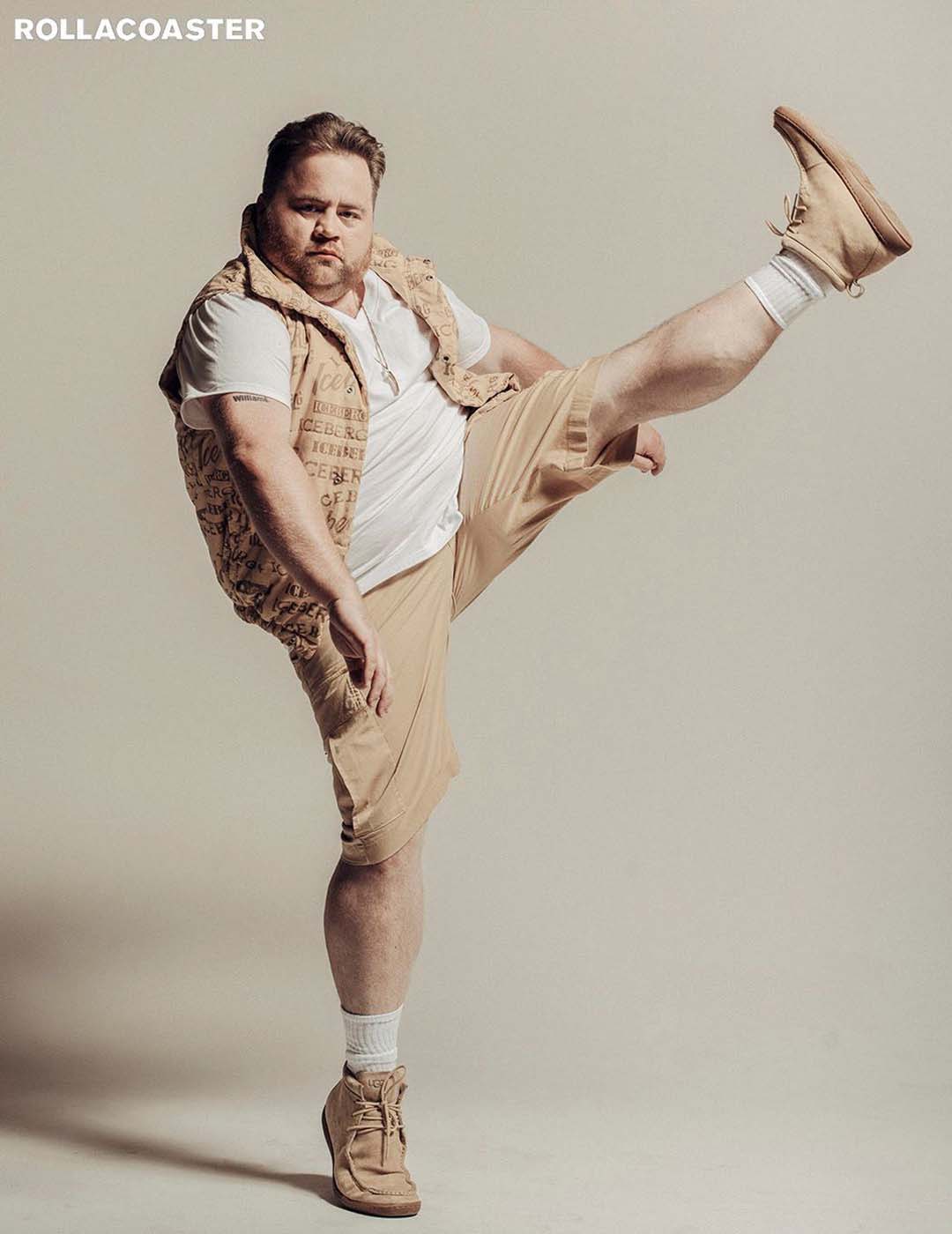 Stepping into the skin of Larry Hall, inhabiting his dark and twisted persona for five and a half months, Hauser found himself doing far more than “showing up” during his time on the set of Black Bird. “It was not a character you’d want to inhabit for that long,” he explains. “I was pretty much ready to leave that brain behind when I was done.” Set in a maximum-security prison for the criminally insane, the miniseries follows Jimmy Keene - played by Taron Egerton - who is enlisted by the FBI to befriend a suspected serial killer in order to elicit a confession concerning the murders of over 18 women. “I ended up getting sober in the middle of the shoot, in between my personal life and playing this guy,” Hauser shares, demonstrating the unfiltered candour that seems to come naturally to him.

This quality presents itself to me again just a few moments later, as Hauser innocently asks me, “What does it mean when something blows up on TikTok?” Unbeknown to him, clips of his intense exchanges with Egerton had spread across every FYP following the release of Black Bird, most of which were accompanied by tens of thousands of comments detailing Hauser’s own chilling performance — and the unanticipated sympathy it managed to evoke from his audience. “Listen, playing Larry was not fun. But hearing things like that makes me really happy with how it turned out,” he imparts. “I think the biggest testament for me is that people have said to me, ‘I felt bad for Larry’, which was pretty alarming to hear about my character. But it is crazy to think that people were able to find a glimmer of hope or empathy for someone who is so far gone.” 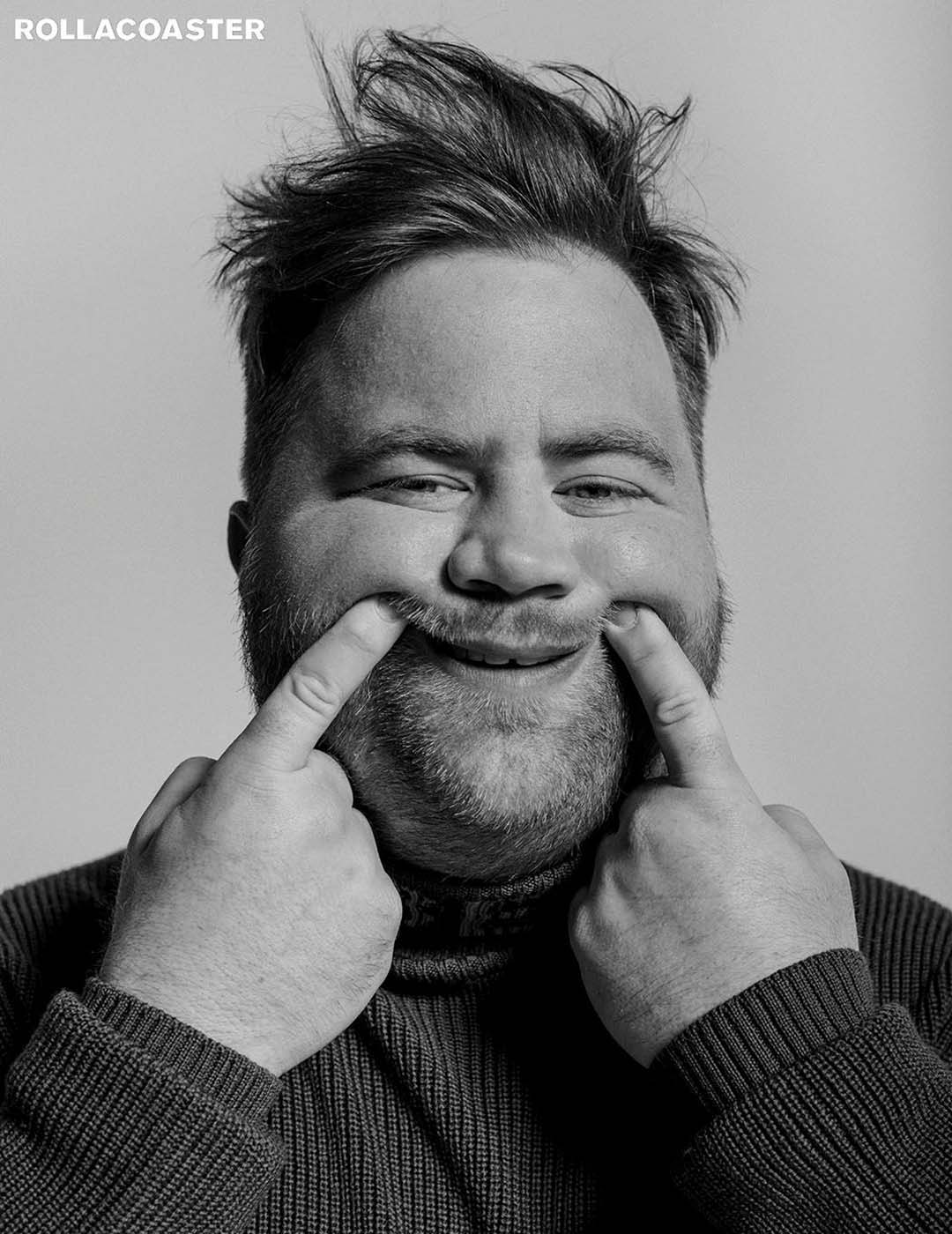 Given the palpable distaste Hauser has for the criminal he portrayed, I can’t help but ask the eternal question: how can we understand the nature of evil? “So much of it has to do with empathy,” Hauser begins. “You have to think, ‘what does this character want, why don’t they have it, why will they never get it, who has hurt them, where did things go wrong?’ You have to humanise it and then let their personality reveal itself. It’s like adding wallpaper and lampshades to the foundation of their humanity.” For Hauser, that wallpaper was Larry Hall’s unmistakable voice. “I went on YouTube and started looking up stuff about the real him. He had this quirky, high-pitched voice. So I tried to emulate it and sound like him but in a way that wouldn’t be too cartoonish or distracting,” Hauser comments, adding, “I think the writing is so good that after episode two or three you start to sink into the voice and it’s not as crazy”.

Ever the paradox, Hauser ensures crazy comes in abundance in his corresponding works — notably via his role as Raymond "Stingray" Porter in Cobra Kai, a beloved guest character who has kept audiences laughing throughout seasons two, three, four and (by popular demand) five. Taking a more prominent role in the upcoming film The Afterparty- the details of which are still very much under wraps - Hauser chuckles to himself as he reflects on the character he plays. “I think people will like my character in The Afterparty a lot more, it's a funny one. Chris Miller and his cohorts said they wrote the role for me, so whenever you hear that, you know it’s going to be interesting.” 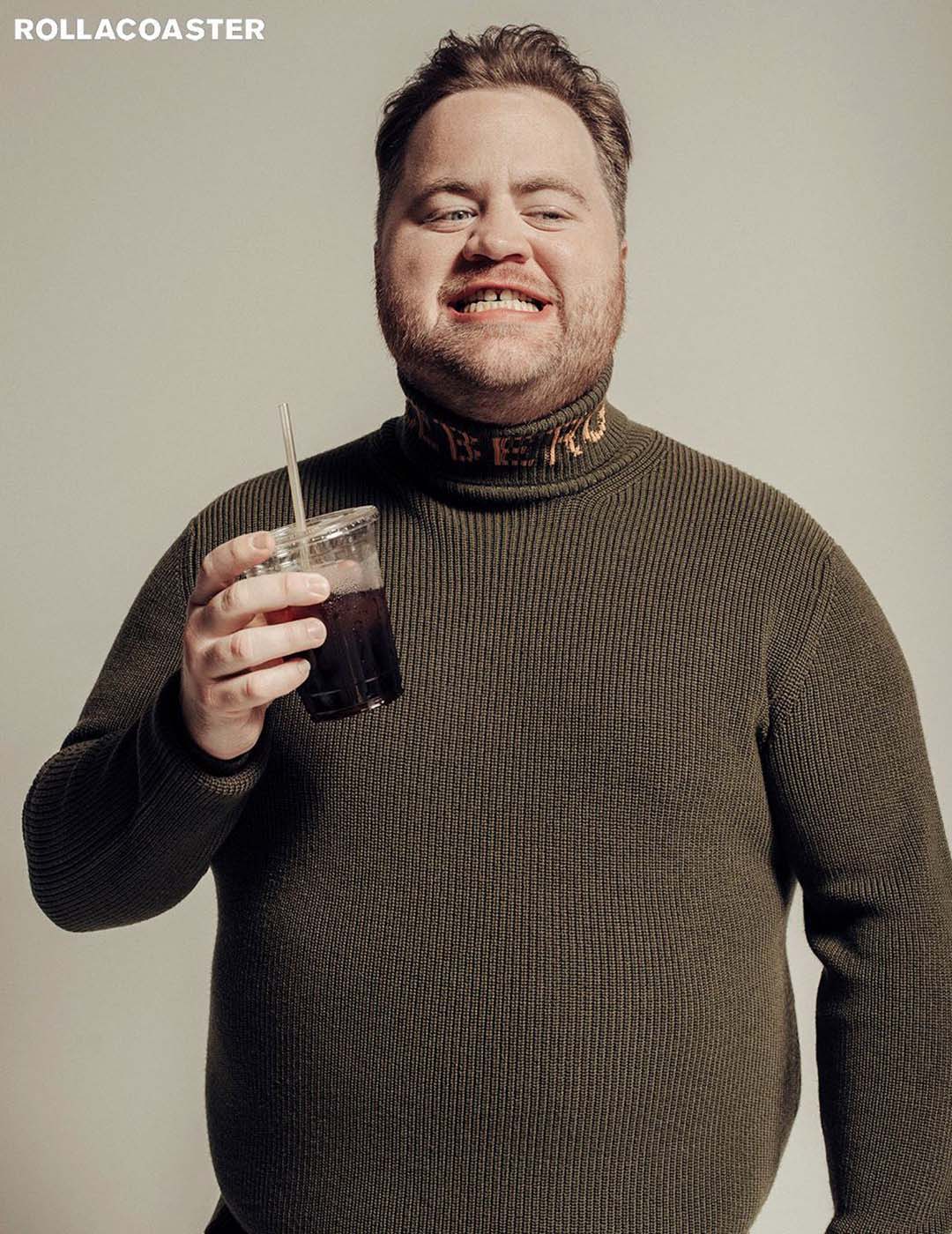 So, where does Hauser’s heart truly rest? In the drama or the comedy? “You’d think it would be in the comedy,” Hauser teases. “But I think I’m such an emotional mess that I actually prefer drama because it’s a way to exorcise those demons. I guess I like affecting people with a dramatic story.” And, much to the surprise of even myself when researching the actor, Hauser achieves this through more than acting alone.

Under the moniker of Signet Ringer, Hauser saw the release of his EP, “Murder for Higher”, on the same day of the Black Bird premiere. “It was all about calling out my demons - literal or figurative or both - and having to address the pieces of my life that needed addressing like ego, insecurity, addictions and the voices in my head that tried to write a narrative for me that distorted the truth,” Hauser says on the project. Having always had a particular penchant for Hip-Hop, Hauser dove into a world of sparkling lo-fi beats and biting lyricism — creating a six-track EP that matter-of-factly covers some of the darkest points in his life. “The journey is sobriety, accountability and learning to love myself,” Hauser says earnestly before adding, “And celebrating without clenched fists or clenched butt cheeks — which is how I feel most of the time”. 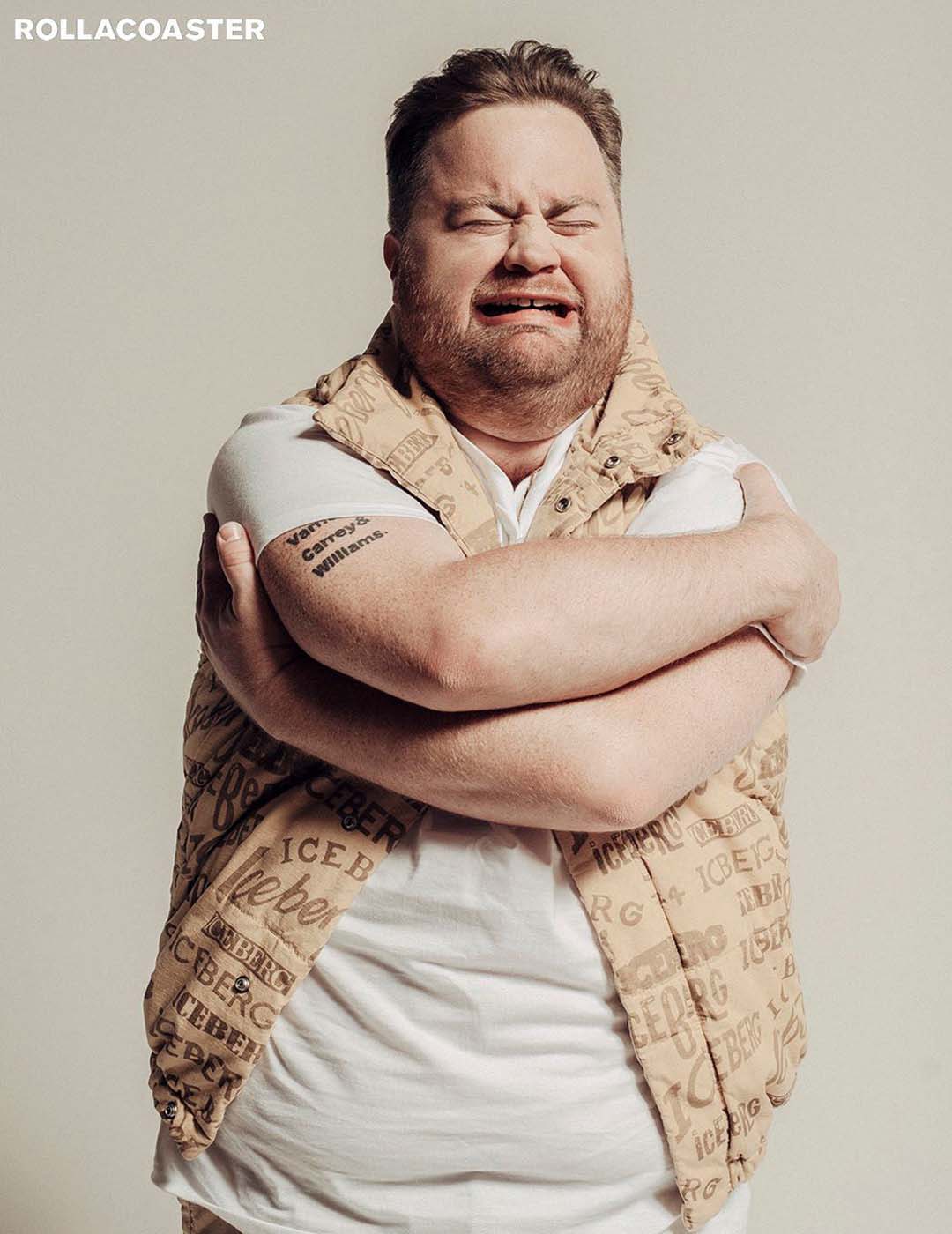 So yes, it takes a certain kind of strength to play evil. But it takes even greater strength to have the power to make people laugh — something Hauser gifts to me multiple times during our phone call, butt cheek references aside. Currently performing a balancing act between his collective passions, I wonder where Hauser might be in five years’ time. “In my sobriety, a lot of my sober companions say ‘Don’t future trip’. You can’t look at what will happen tomorrow and need to focus on today,” Hauser answers. “But you’ve asked a fun question, so I’ll play. I think in five years I have a couple or a few kids. I think those kids and my wife are my best friends. I think we travel a lot. I think I’ve become a better cook, I think I’m directing movies and TV shows, I think I’m healthier and I probably talk less,” he says, though we both acknowledge - having already run over our interview time considerably - the latter might take more than the allotted timeframe. “I love how you speak of the future in the present tense,” I say before we finally hang up. “That’s the actor in me, I put myself right there and it looks darn sweet. I feel pretty lucky five years from now.” 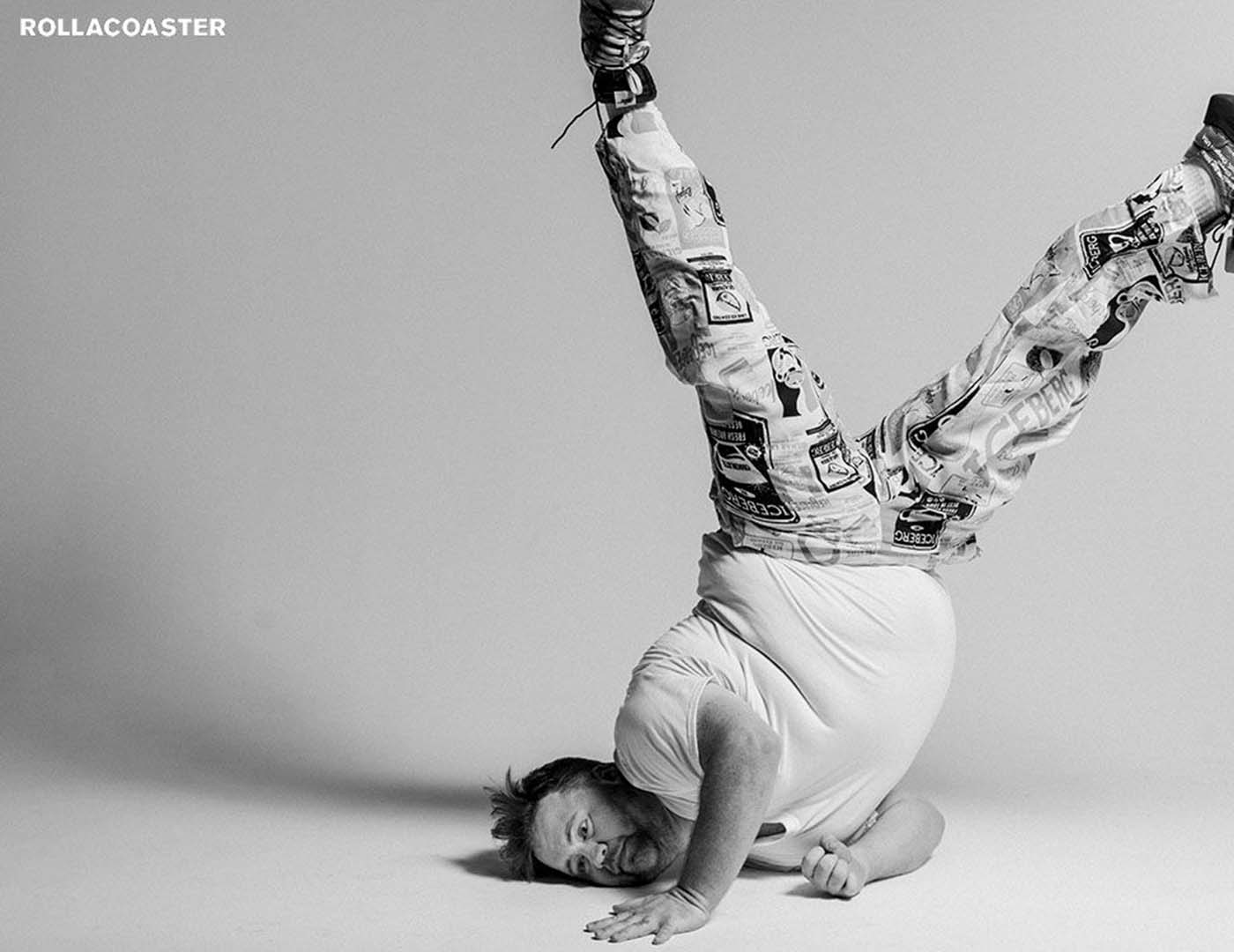 Photography by Nicholas Maggio at This Represents