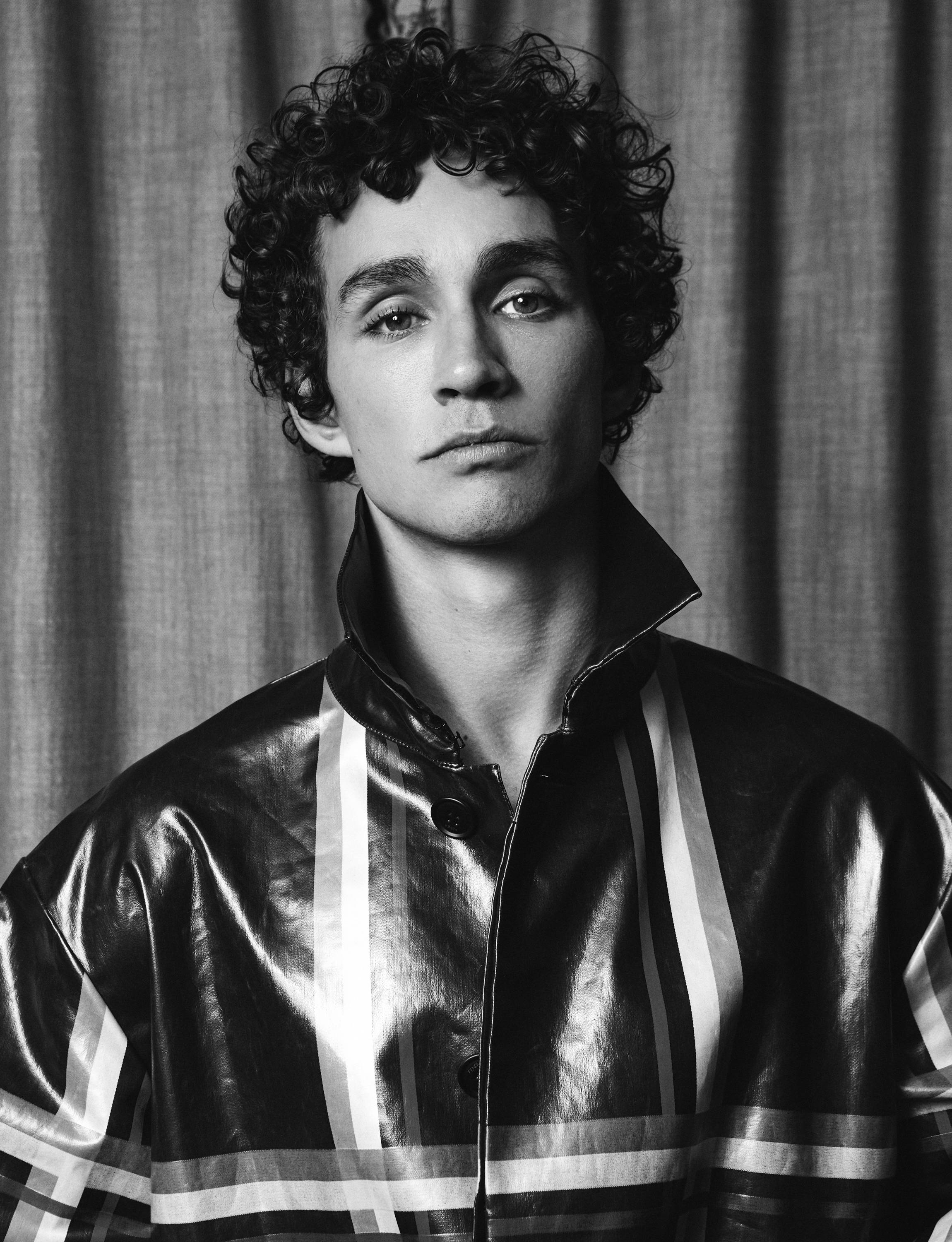 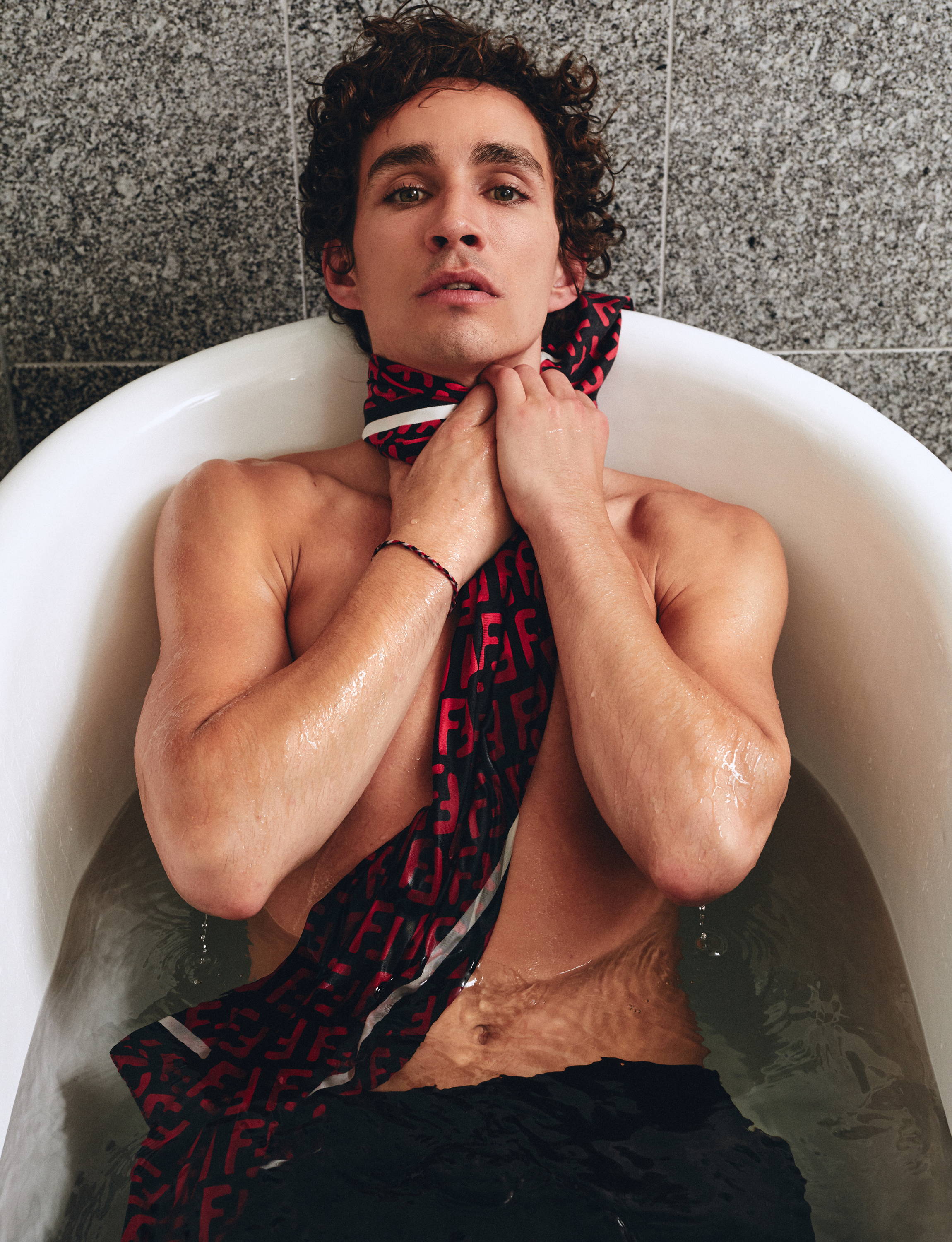 “We’ve all seen that TV show, right? Where it starts out good and strong and then kind of drifts off? Well this one is great because it’s constantly like ‘Jesus! Holy moly!’” Gesticulating wildly, Robert Sheehan’s description of his brand new television series has resulted in him flinging coffee over himself in excitement. “Oh, shit balls!” He laughs. “Well, at least these trousers are quite absorbent...”

A questionably necessary refill of coffee later, the 31-year-old actor is back to discussing his starring role in the Netflix adaptation of The Umbrella Academy. Based on the comic book series created by My Chemical Romance’s Gerard Way and Gabriel Bá, the story begins with 43 women giving birth on October 1st 1989, despite showing no signs of pregnancy before. Seven of the children are subsequently adopted by eccentric billionaire Sir Reginald Hargreeves who, after discovering that they all possess superpowers, creates the titular “Umbrella Academy” and forces them into a life of crime fighting.

“It makes the little boy in you squeal with joy at the idea that you’re being uttered in the same breath as a superhero,” Robert gleams. “But before they’re superheroes, they’re just a family, and I feel that their superhero-ness is not a good tool for dealing with all of the very, very fundamental brokenness that exists inside the family dynamic. I guess, even though they qualify for this superhero category, they’re kind of anything but.”

It’s this that marks the appeal of The Umbrella Academy. Instead of the polished goody-goodies that often lead superhero packs on screen, the show presents a group of misfits haunted by their past and struggling to keep their shit together. “I think there’s a narrative that resonates with people with the superhero genre, and people clearly love it. But this isn’t that,” Robert asserts. “They’re not saviours. They’re not really saving the day. They’re too busy trying to deal with their own issues.” 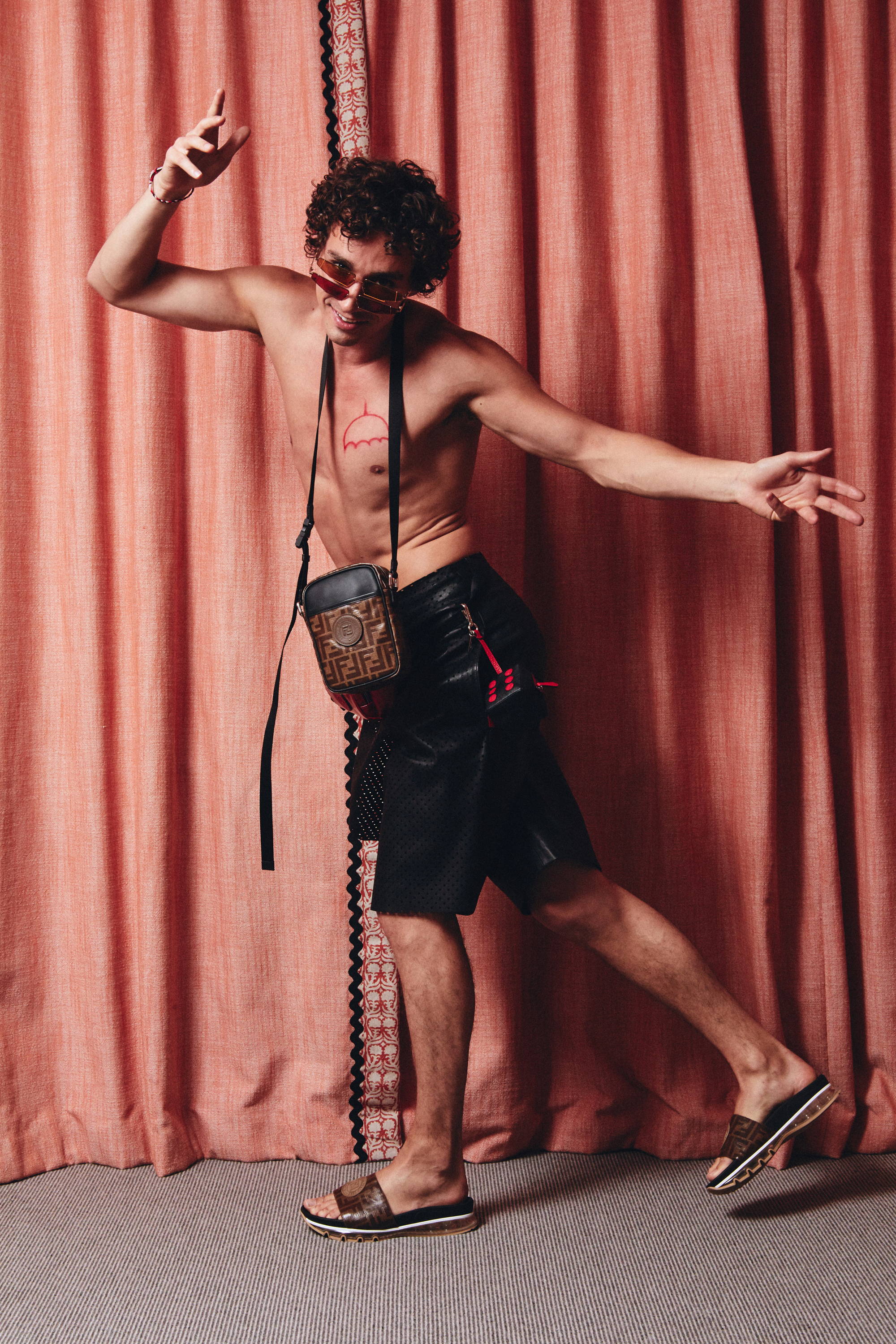 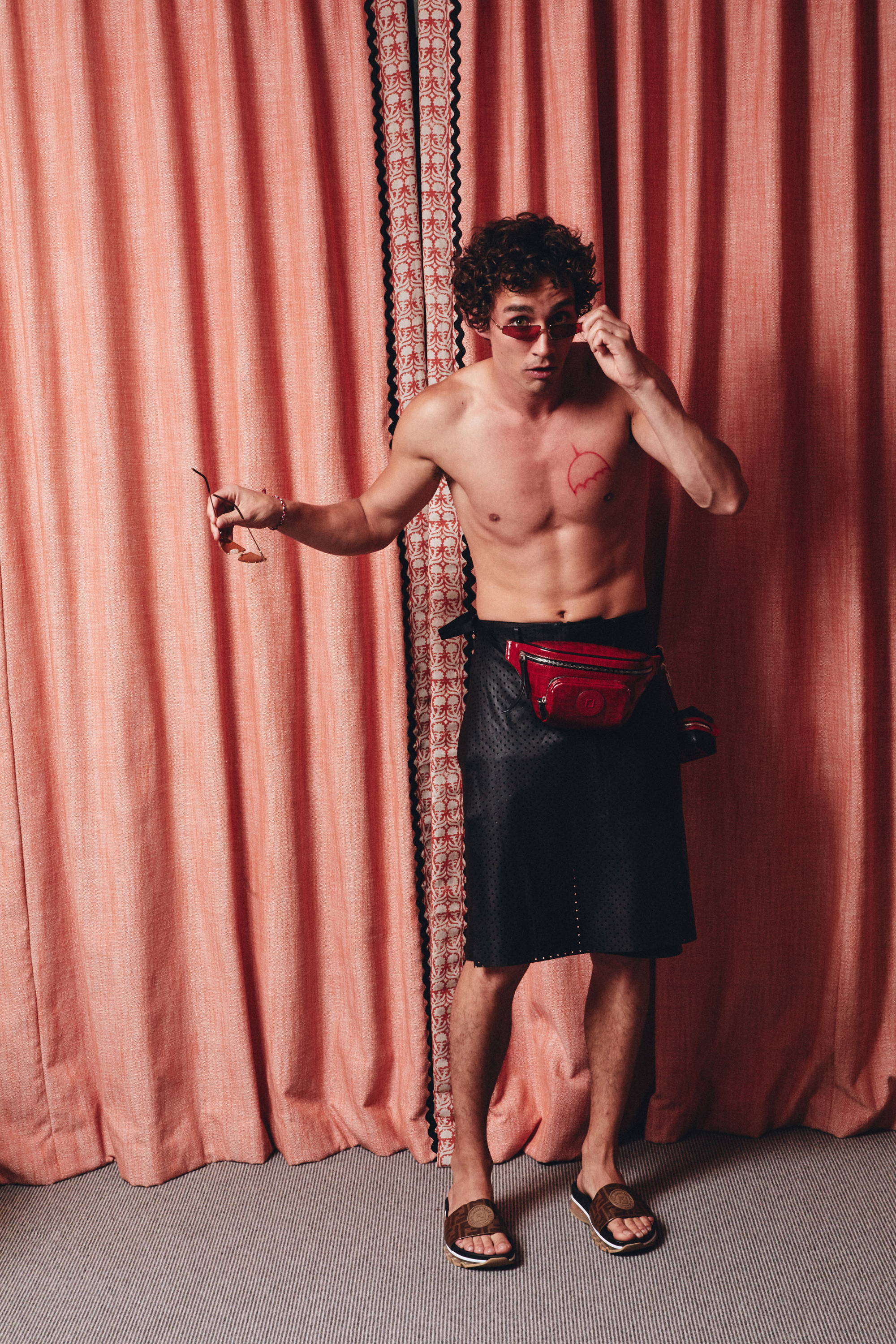 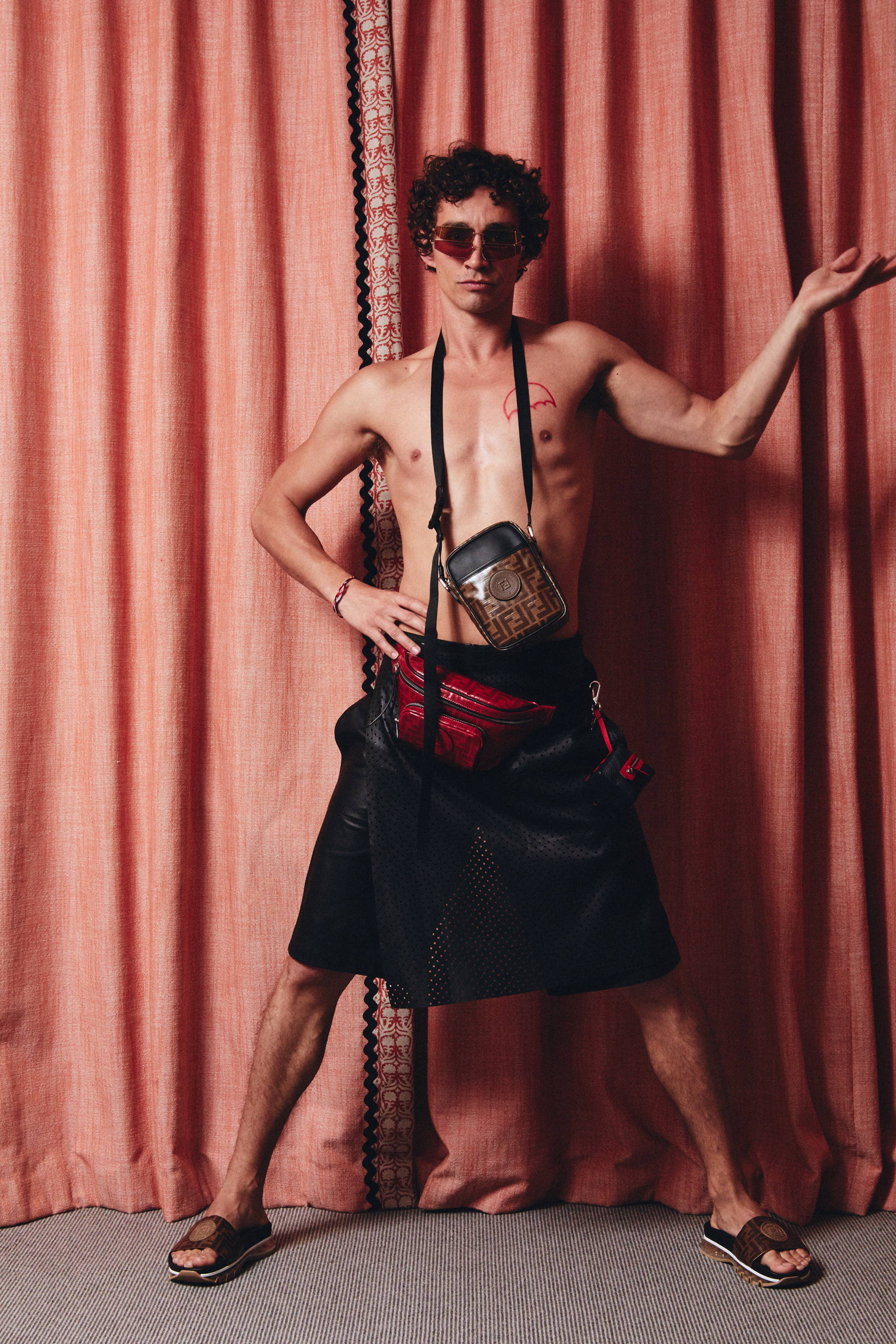 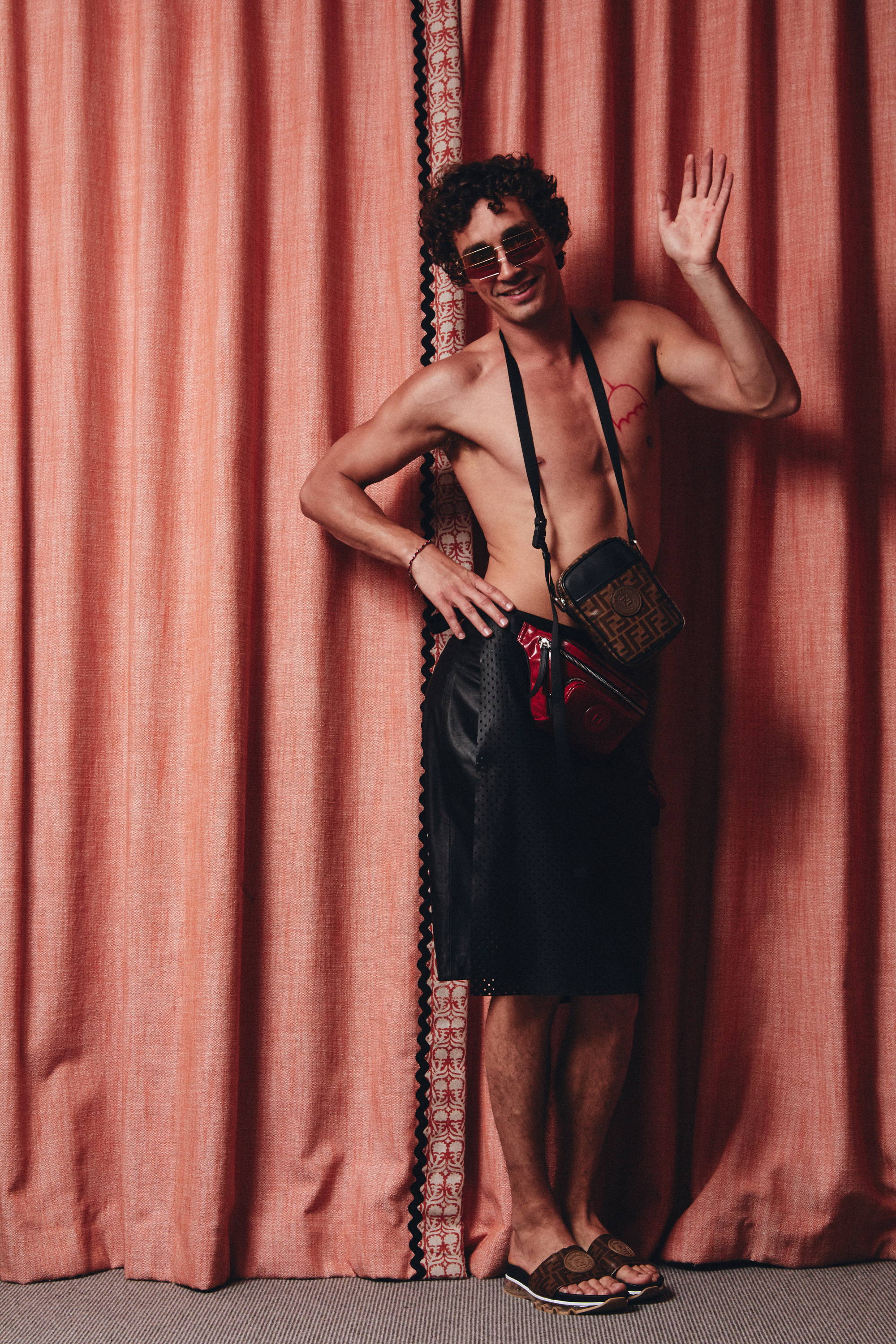 Reuniting after hearing of the death of their adoptive father, the Umbrella Academy members − played by Robert, Ellen Page, Tom Hopper, David Castañeda, Emmy Raver-Lampman, Justin H Min and Aidan Gallagher − have to band together, despite their years of estrangement, to uncover the mysteries surrounding their father’s death while simultaneously trying to save the world from imminent destruction.

Each carrying their own demons from their difficult upbringing, Robert plays Klaus − affectionately referred to by his father as “Number Four” − a struggling drug addict who can communicate with the dead. “It’s always good to read something and your mind starts to race,” Robert smiles, recalling what drew him to the role. “[Klaus] felt very new in that respect, because what we have to remember is that they were born into affluence. Sure, it was this kind of neglectful prison as children, because they were absolutely made to be superheroes. They had no choice. They were sort of like superhero royalty. That’s their life and they don’t get much say in it. But they were also born into affluence, so there was something very interesting to me about exploring this guy who was completely messed up from childhood and traumatised and also has been removed from the normal world because of his celebrity and affluence. All of those things can cause isolation, I think, especially in young people. I wanted to make that clear. He’s very much this messed up rich kid.”

Klaus’ storyline makes up one of the most enthralling of the whole series, arguably emp- hasised by the fact that he’s such an extrava- gant and charming character, with personality quirks likely to give British viewers a callback to Robert’s breakthrough role as Nathan Young in E4’s 2009 sci-fi comedy, Misfits. “[Klaus] is this shape-shifting, constantly in the state of change, creative,” Robert explains. “If we were to take that concept and explode it, that’s basically what they did with Klaus. He has this really, really outlandish journey where he changes ever such a lot.”

Throughout the 10-part series, we follow Klaus as he struggles with his battles with drug addiction and the pain of loss. Shown through flashbacks (spoilers alert, soz), we see him as a young boy locked in a mausoleum by his father in order to confront his fear of the dead, something that becomes the inevitable catalyst for his drug addiction in later life as his lack of sobriety lessens the strength of his powers. Further on in the series, he time travels back to the Vietnam War, falling in love with a soldier whose death leaves him reeling with grief and suffering with PTSD. This eventually spurs him into trying to become sober so that he may connect with his lost love’s ghost in the future, unlocking even more of his capabilities in the process.

“With 10 hours you can go back, you can go forwards, you can go sideways,” Robert details. “One of the great things the show pays particular attention to is what became known on set as the ‘cold opens’, almost echoing that Breaking Badthing where they show you this formative turning point in whatever story’s about to unfold and you go ‘Oh yeah, fuck!’ They go back and show you the turning point with Klaus where something really important happens in their life and it really enriches your investment in the character.”

Having already been picked up for a second season, The Umbrella Academy has been receiving wave after wave of rave reviews following its premiere on February 15th. Although a challenging experience, it’s one that Robert would gladly relive again. “After a hard day’s work when you come home with cuts and bruises, you feel a sense of warm satisfaction that you put yourself through exhaustion and misery,” he smiles. “It was a very, very intense journey, but it was incredibly satisfying. I’ve done intense characters before, but it’s 10 hours of TV, and that’s a long time. You have to go to extreme depths, or else it’s worthless. Or else, what’s the point?” 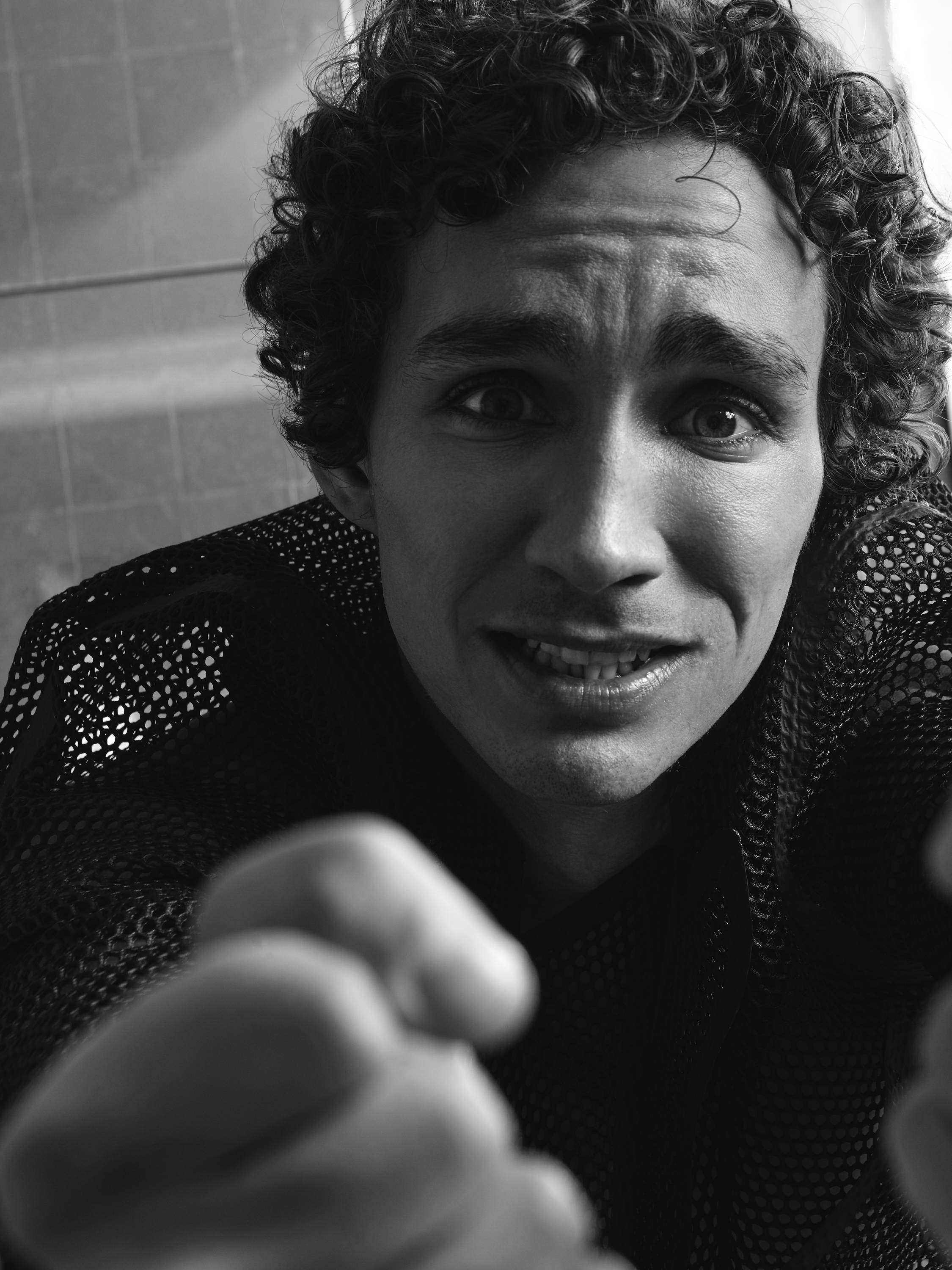 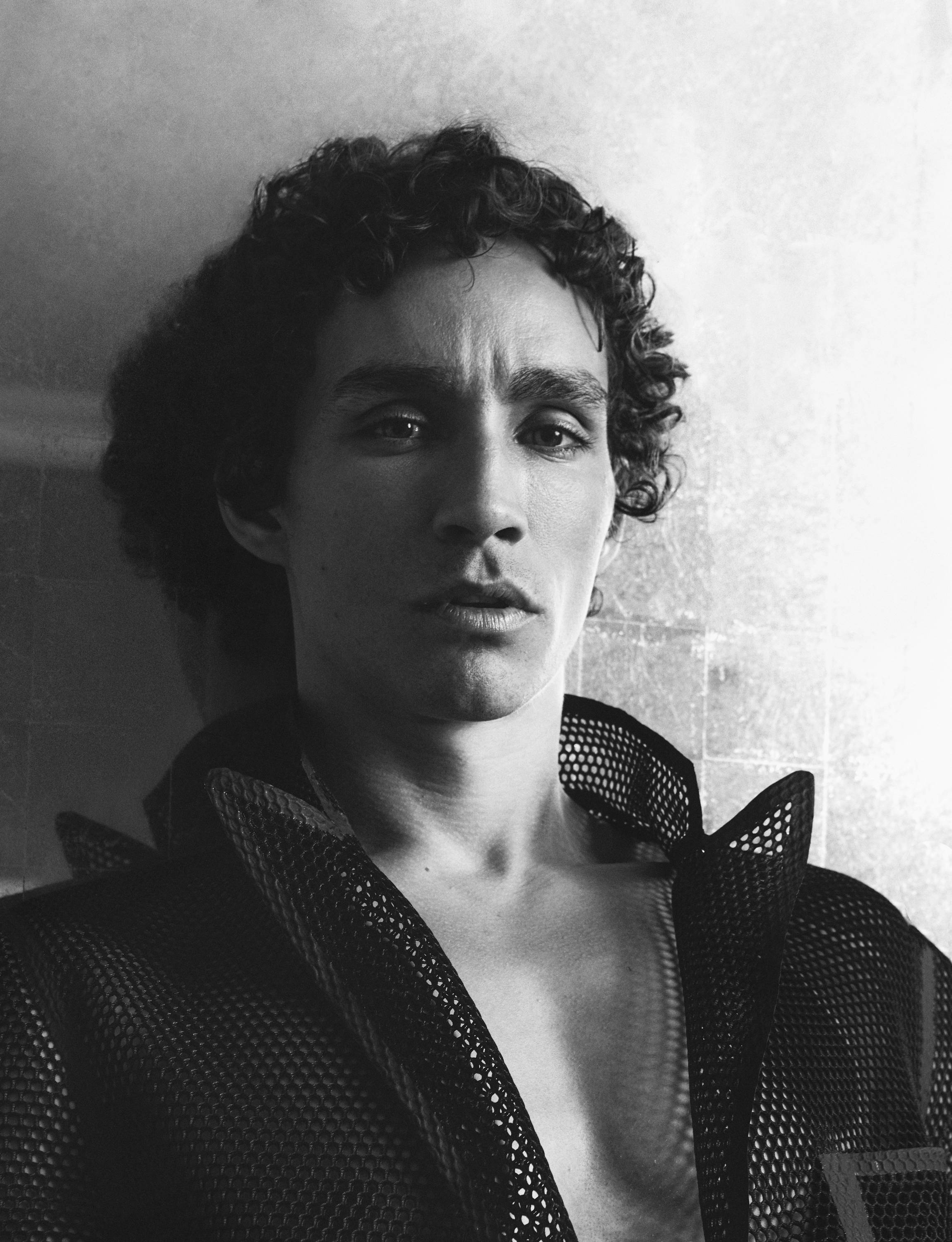 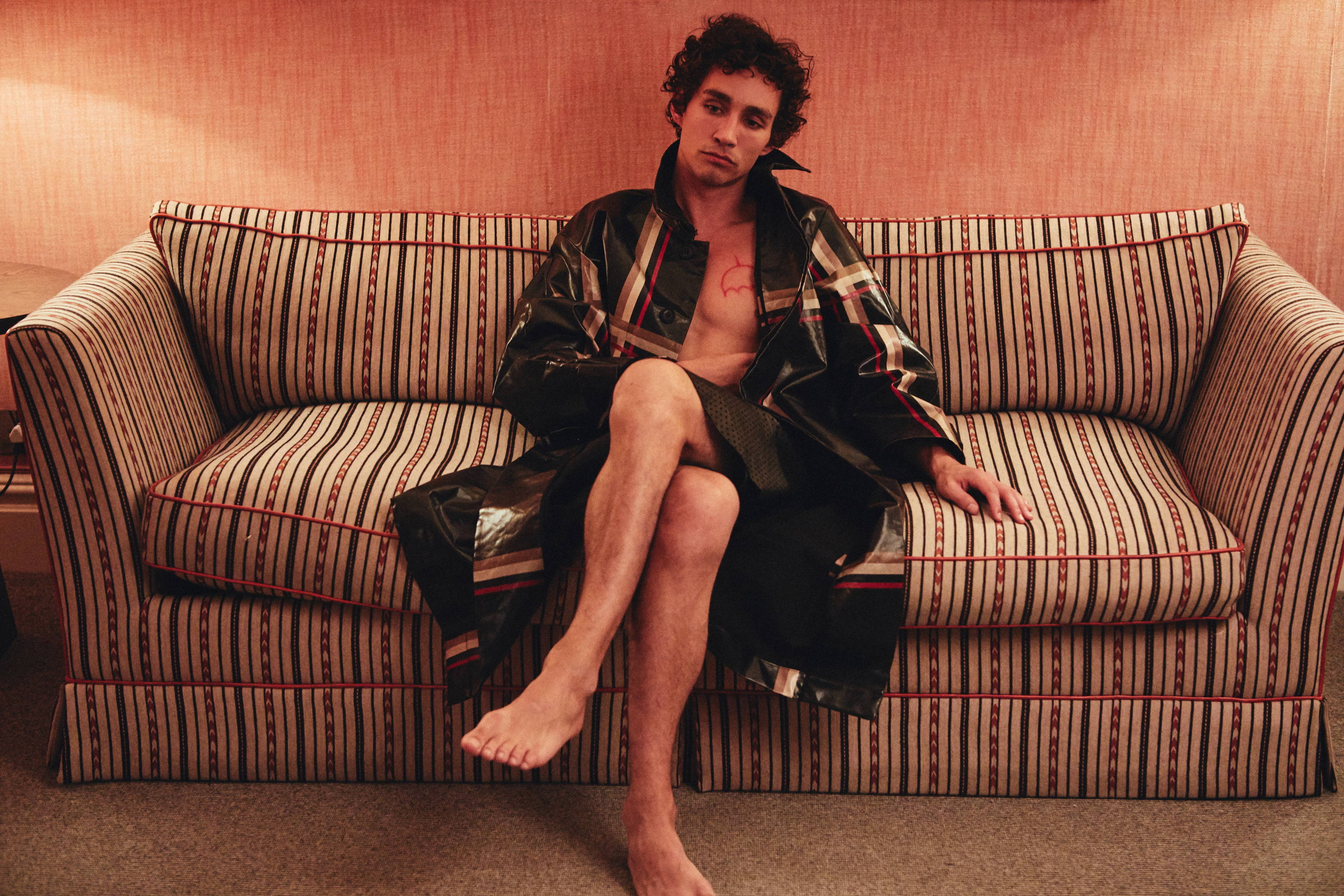 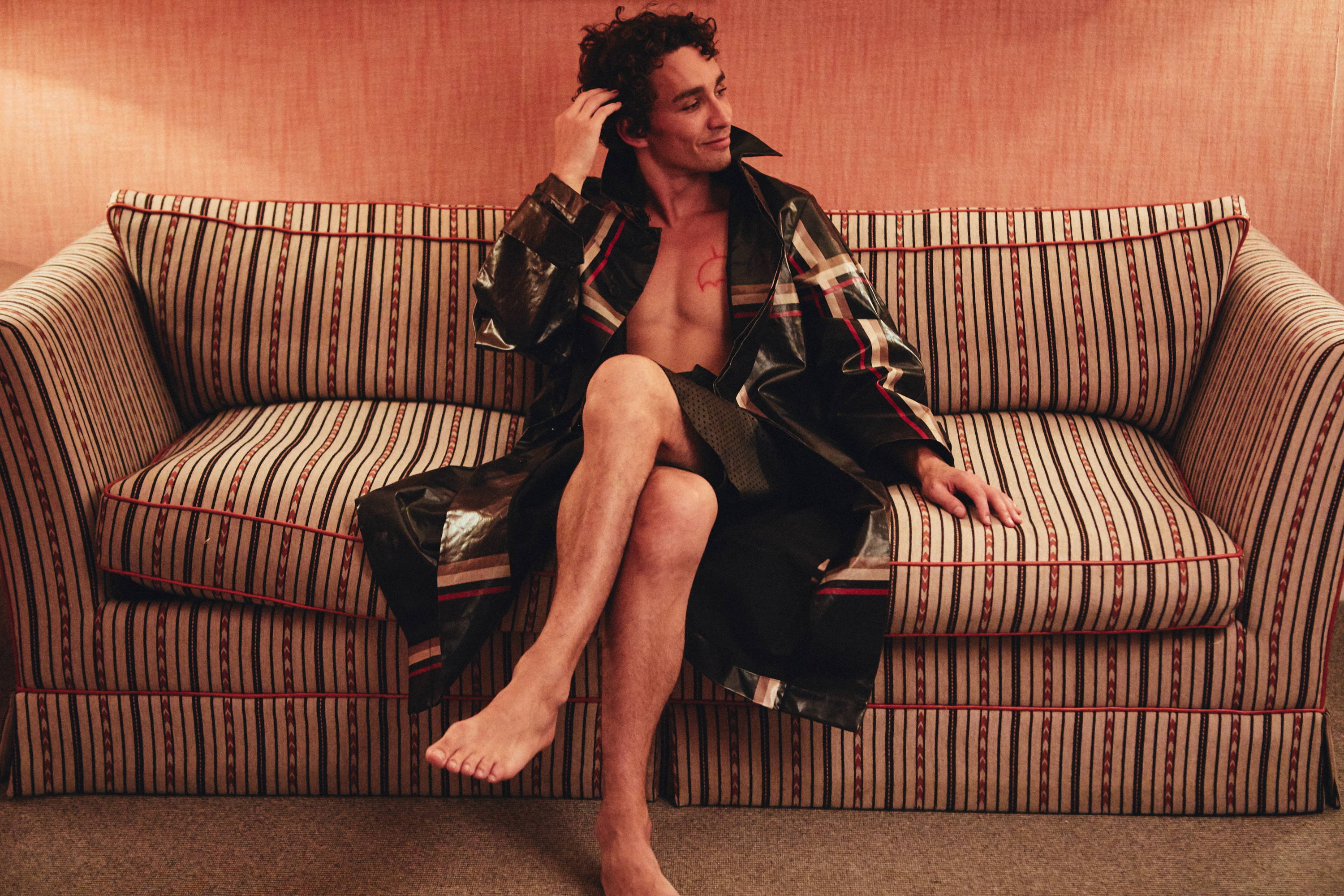 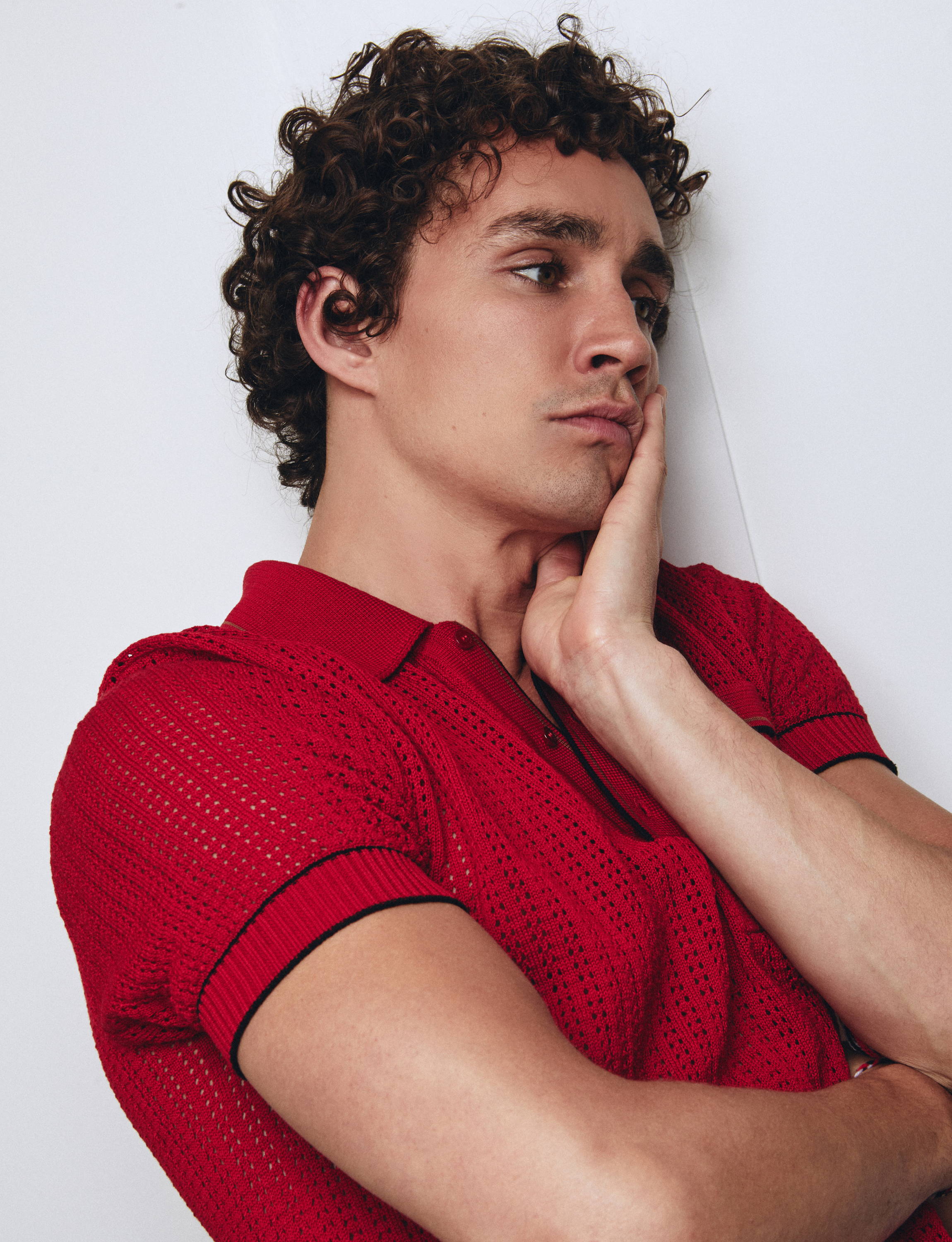 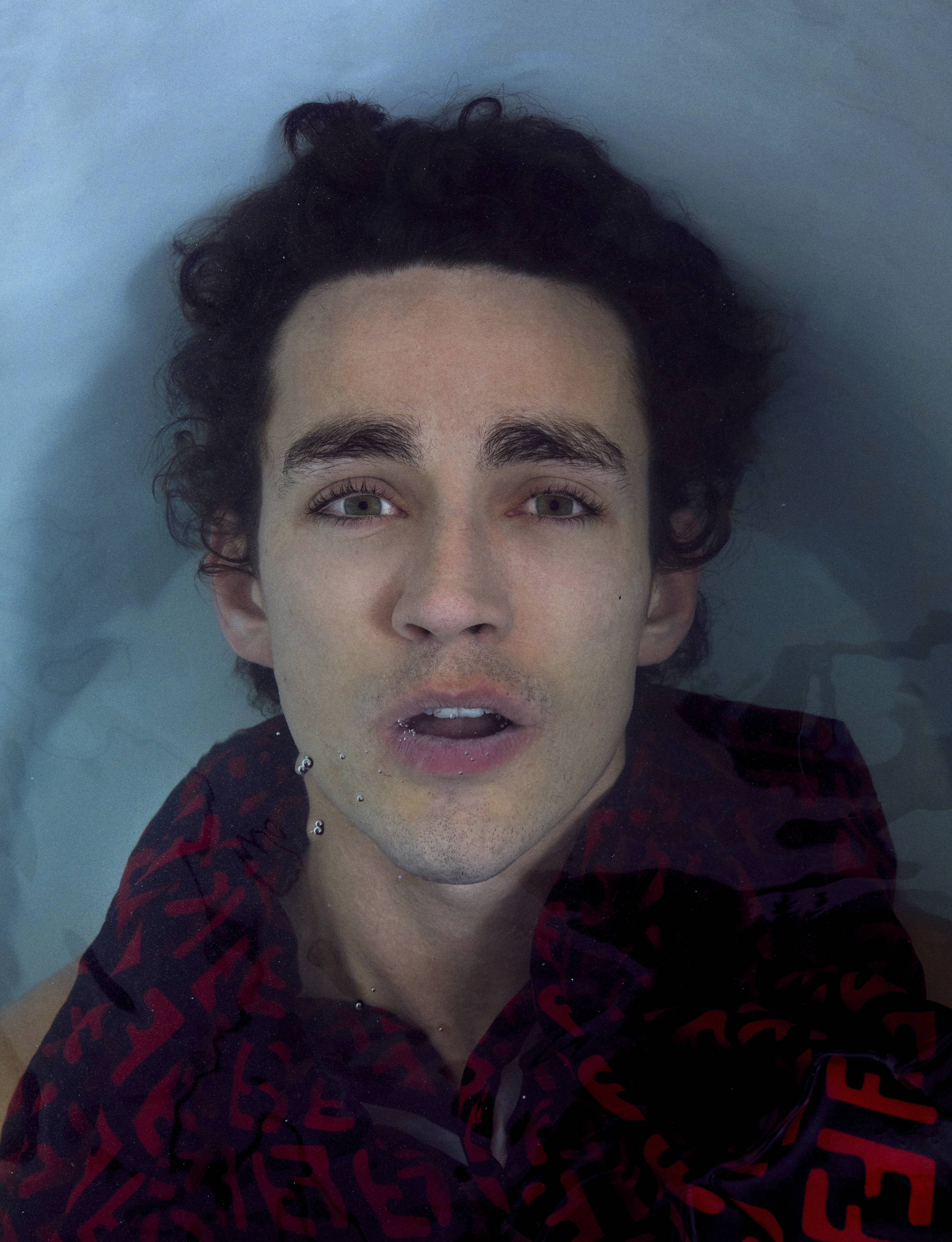