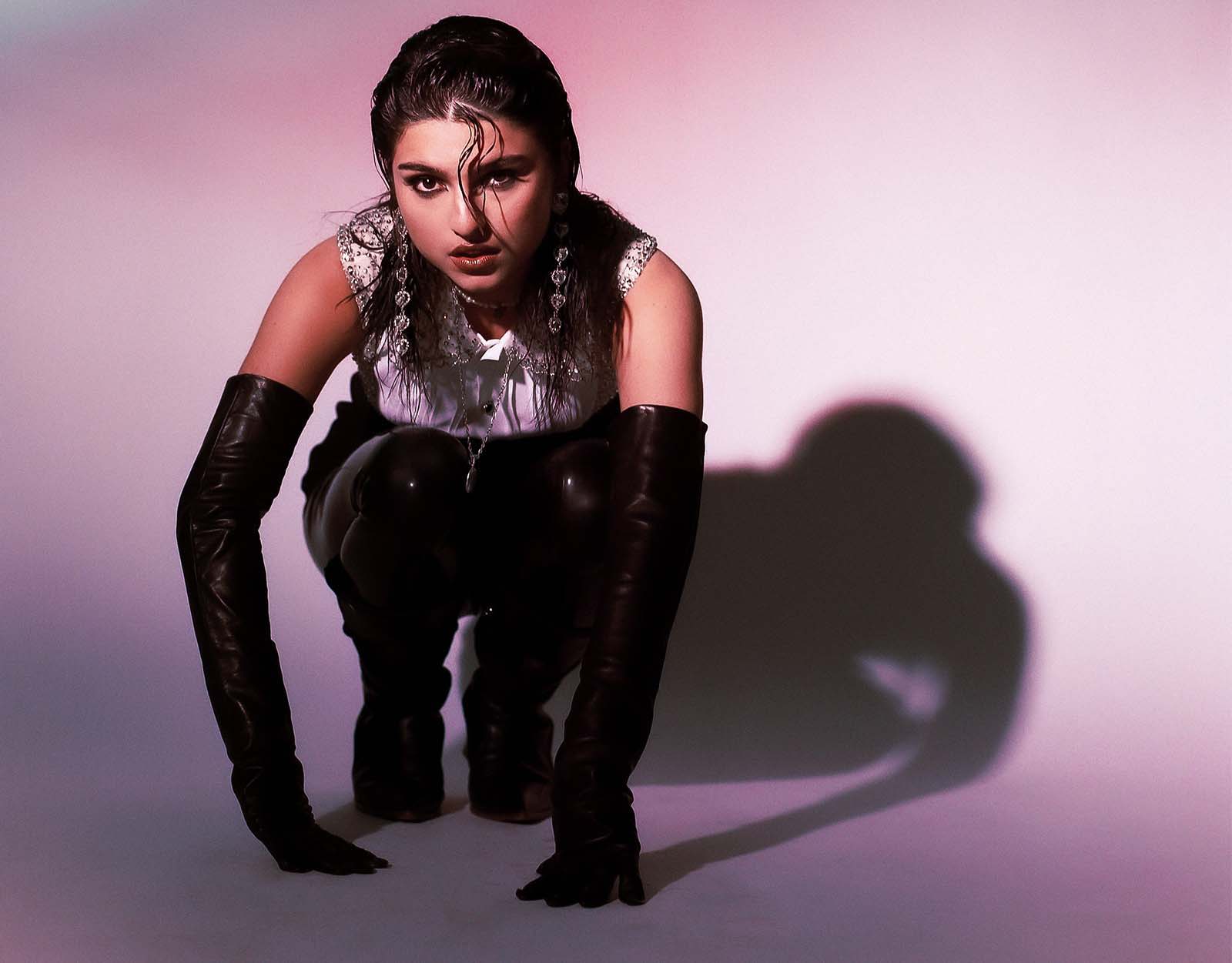 Canadian singer-songwriter RENFORSHORT is only 19, but she’s already taking the world by storm. Last year she released her first EP, Teenage Angst, merging genres like '90s alt-rock grunge with modern pop, and taking inspiration from an array of artists from Bob Dylan to Avril Lavigne.

She followed it with her second EP, Off Saint Dominique, in June. Her journal-like raw vulnerability in writing about her own life, anxieties, battle with an eating disorder, and mental health, captivated fans. Teenagers all over the world related to the words she was singing. Scroll through her Instagram comments and you’ll see the same words again and again: “Your music saved me”.

Did you write the whole thing during the pandemic?
Yes, all of it.
Are the songs more self-reflective than your earlier work, because you were spending more time alone?
Honestly, yeah. I moved out, I live alone now. I've spent so much time with myself and I think that that's really made me so much more creative. I spend so much time in my head that there's just ideas all the time. So I think that helped a lot.
Are you living in LA?
Yeah, but I go back to Canada as much as I can. I moved here about 8 months ago.
How are you finding it?
I hate it.
You hate it! I love the honesty!
It’s not my place, honestly. If I could live anywhere else I would love to, but its just part of what I do. I’m going to stay there for as long as I need to and then be the happiest person in the world when I can leave LA and work from wherever I want.
What don’t you like about LA?
It feels like constant competition, it's hard to make friends and it's hard to stay motivated when everyone around you does what you do. Honestly, that's how it feels. It's fine, but it's just not the place for me. I feel more creative when I'm surrounded by regular people who are doing regular things, and not when everyone does what I do. It’s nice in small pockets, but for my entire circle to be doing what I do is a little weird.
Where would you want to move if you could move right now?
New York and Portland are the only other places in the States I would live. But if I had the option, and someone said “pick anywhere in the world to move tomorrow”, I’d choose Toronto.
Do you get homesick?
Yeah, all the time. I miss my dogs all the time, I miss my house, I miss Toronto. I love it there. I spent my entire life there.It's such an incredible city.
What’s next for you? Have you got any dreams that you haven’t yet fulfilled?
Yeah, I want to do a headline tour. That's a dream for me. I want to reach more people, and help as many people as I can with my music.
Where do you want to be in a year's time?
I want to be happy. I want to help people. I think I just want more people to hear my music. I feel like I have some important stuff to say and I think there's stuff that can be helpful to a lot of people. I want to connect with more people. Hopefully, that's where I'll be in a year. That would be awesome.
Hair : Ellie Bond
Makeup : Aimee Twist
Art Director: Milan Miladinov
Words/Int: Octavia Akoulitchev
Producer: Sam Geroldi
Production Assistant: Morgane Millot 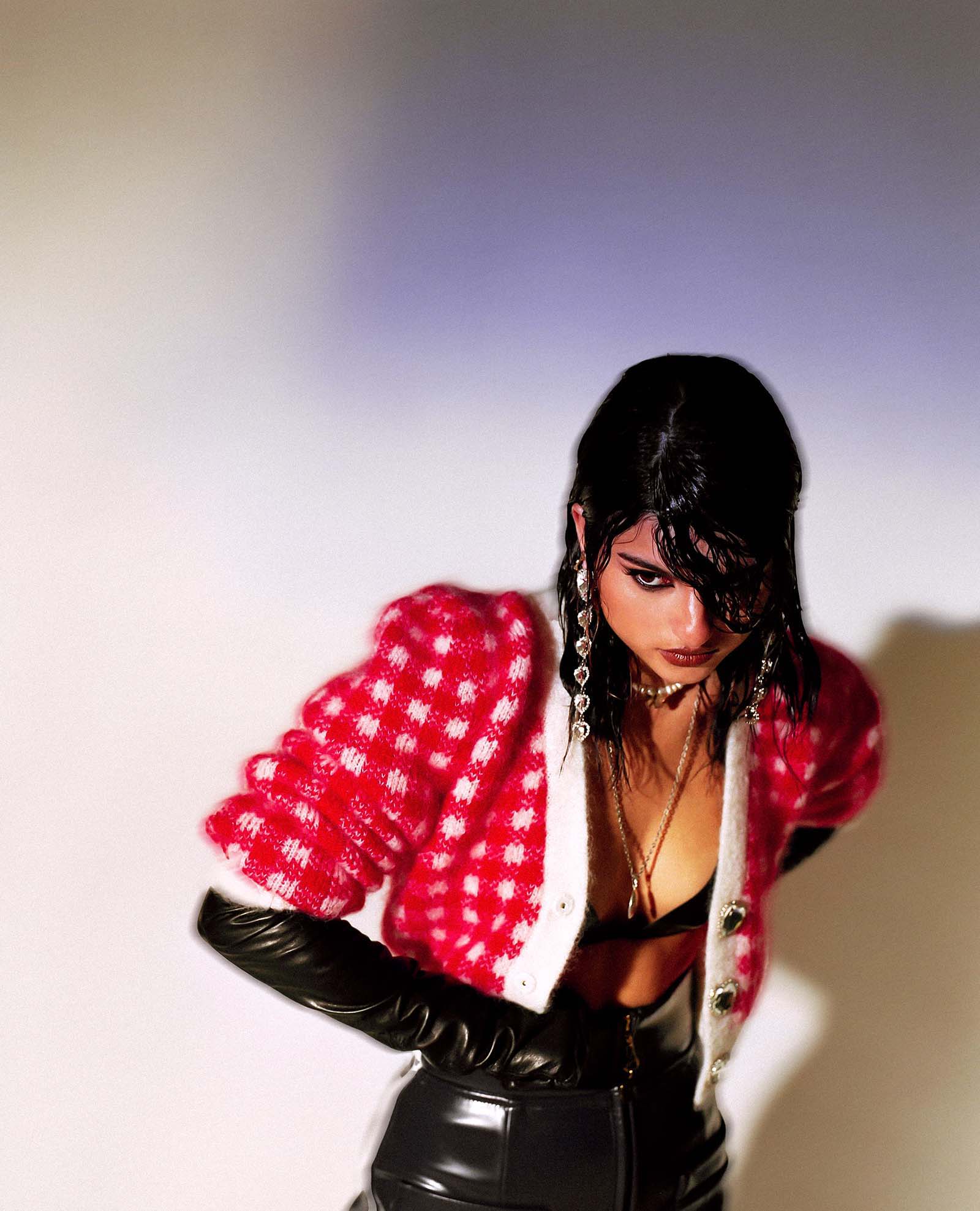 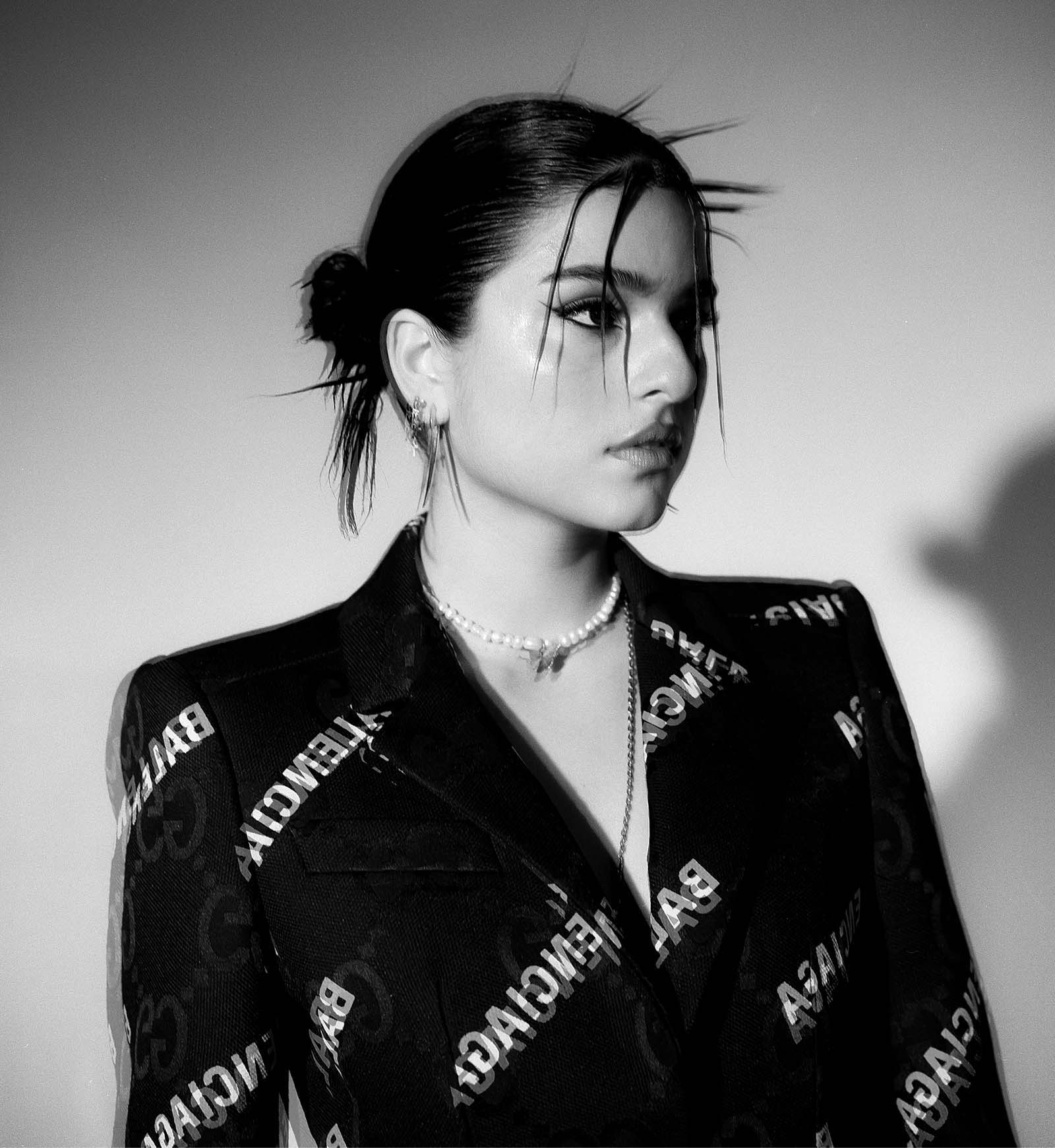