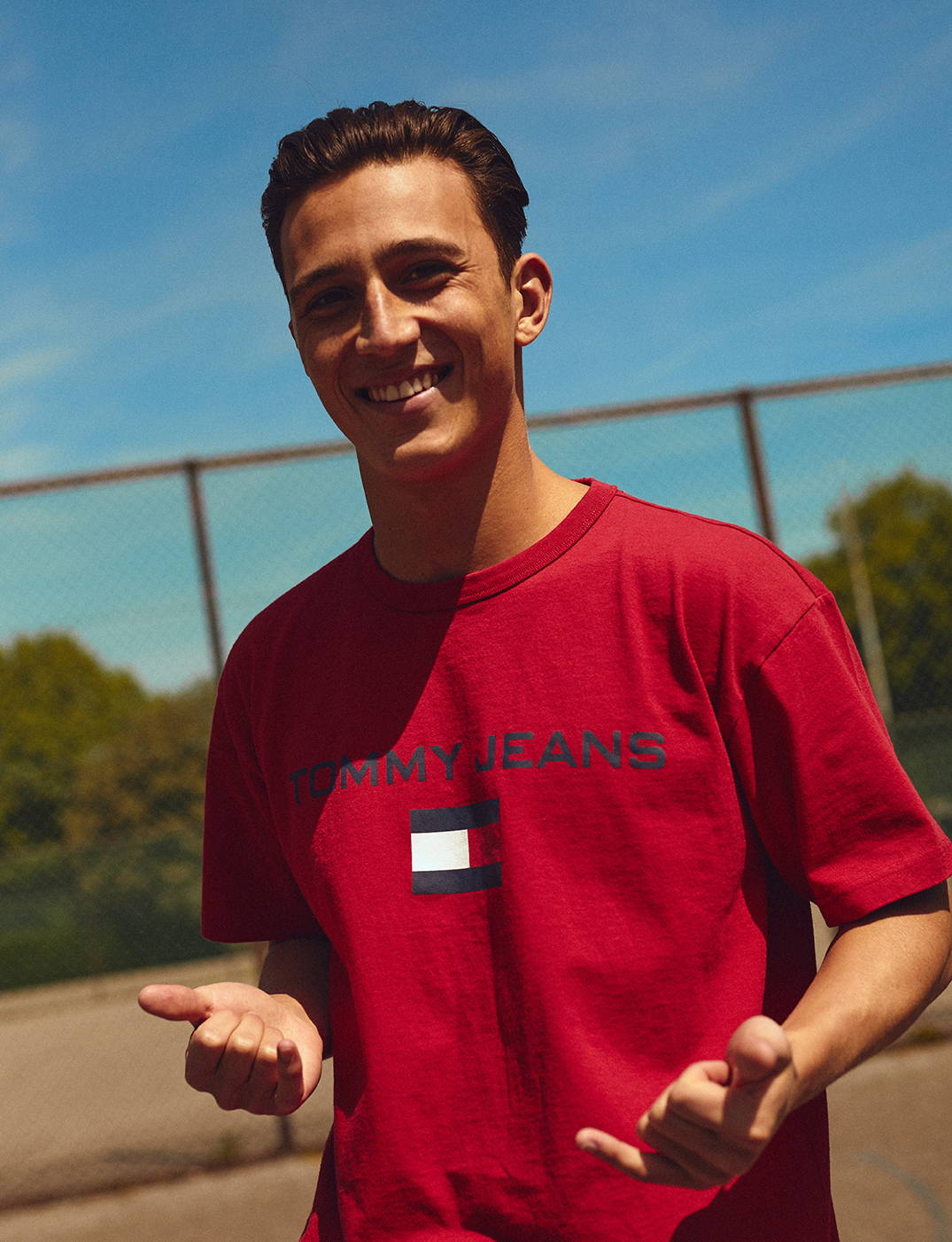 On a scale of one to Fifty Shades of Grey, Zak Abel considers his next song to be a solid eight. “I could have gone filthier, but I tried to reign it in,” he tells me over the phone. “I feel like the mums will be into it and they’ll also be grateful that their eight-year-olds can listen to it and have no idea what it’s about. It’s fun for all the family!”

With the title still TBC, it’s the latest track to come from his highly-anticipated second album, the follow up to last year’s debut Only When We’re Naked. While his first album shone with funk-filled pop melodies exploring his vulnerability, Abel is looking to further experiment on his next. “I’m trying to just push myself as much as possible,” he elaborates. “I want to take more risks with the songwriting and talk about things that I wanted to talk about in the past but was a little bit scared or thought it wasn’t my place to talk about. Now I’m just like ‘Fuck it, I’ll give it a go!’”

This shifted ethos is clear on his track “Love Song”, another from his upcoming record. Described as his first “angry song”, it details the feeling of pulling yourself away from a negative person or situation. “I was pretty pissed!” He laughs. “I try to stick to the whole ‘peace and love’ thing but sometimes you do feel angry as a human being and you can’t suppress those things. I don’t feel like that anymore, I’m quite calm at the moment, but I’m grateful for the opportunity to be angry in the studio for a day.” 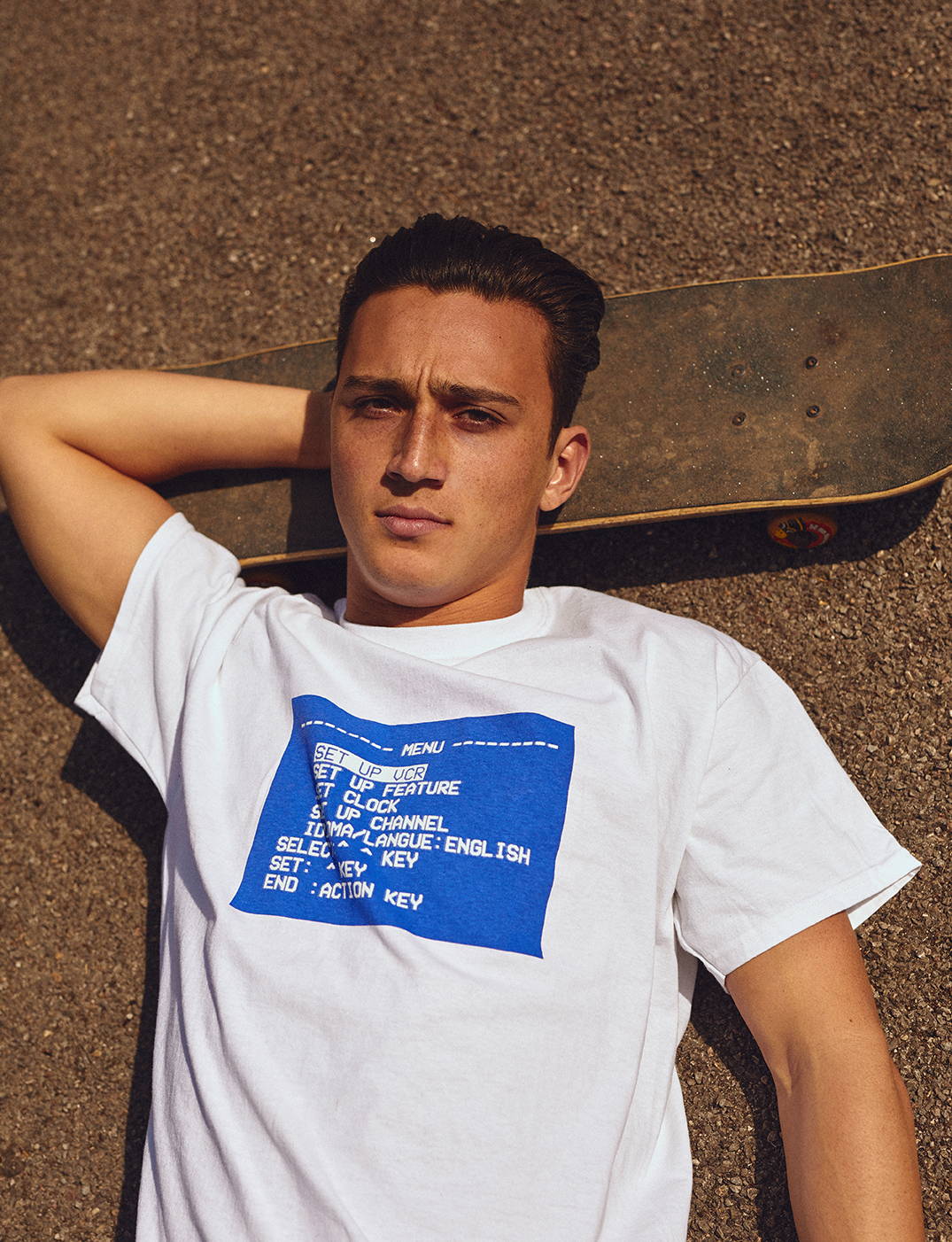 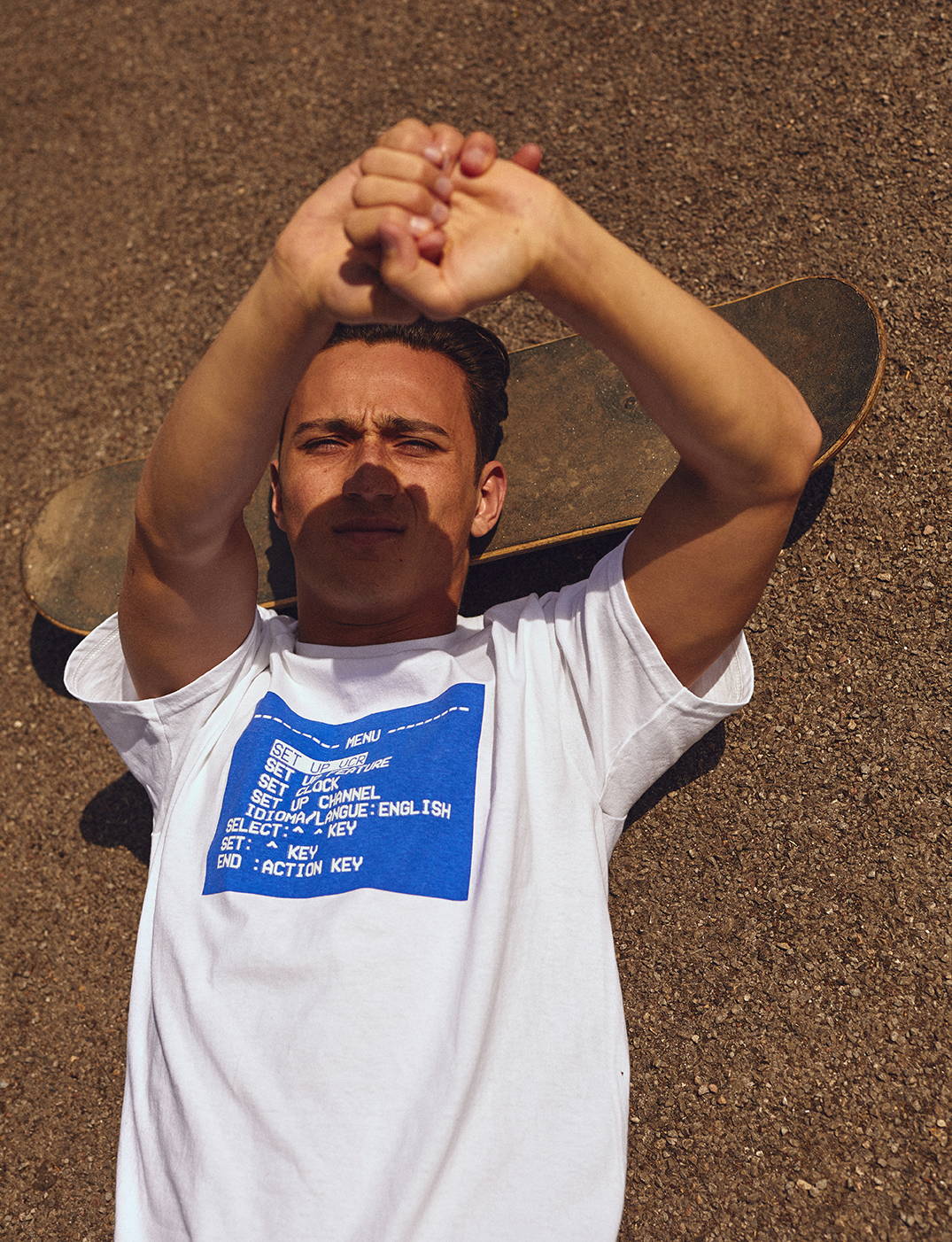 No stranger to depicting emotion, Abel’s first LP was inspired by his desire to be more real and vulnerable. “I kind of feel like we all put up barriers and it’s like a defence mechanism,” he explains. “It’s only when we take down those barriers and are open and vulnerable - it’s only when we’re naked - that we can have authentic relationships and meaningful connections with other people. When I think about pop music, I think of music which is popular and reaches more people, so I try to talk about things that are meaningful to me. I’m aware that many people are listening, so I try to talk about it in a way that everyone can understand.”

With such clear views on how he wants to use his songs to connect to people, it’s hard to think that the London-based artist ever had plans to do anything other than music, but Abel grew up with dreams of making hits another way. “From nine to 15, I was truly set on being the world’s greatest table tennis player of all time!” He tells me. And he wasn’t too far off, winning the national Under 15 singles and Under 18 doubles titles between 2008 to 2010. However, as he reached his mid-teens, the urge to make music began to overpower him. “It was only from the age of 14 to 15 when the music bug contaminated me and I was like ‘I think this is what I want to do for the rest of my life,’” he explains. “I felt like there was a creativity aspect which I wasn’t really getting out of table tennis.”

Other perks include no more early morning workout sessions: “I remember one of my first recording sessions was at 10 o’clock and I was like ‘Oh my god, this is so late, I can wake up way later!’ It was marvellous.” He recalls. “I got there and the guy I was working with turned up at like 20 past and I was like ‘Oh my god, he’s late, he’s late for a music session,’ and I looked at the engineer and he was like ‘Mate, he’s not late, he’s actually early.’ 20 minutes late in the music industry is early apparently?”

Now perfectly in tune with the music industry (and its rough grasp of start times), Abel’s soulful pop stylings are seeing him being further catapulted into full-on heart-throb status. And with the “naughtiest song [he’s] ever written” set to wow, is he ready to step into that role? “Maybe!” He laughs. “Maybe this is my time! I’m ready for it…” 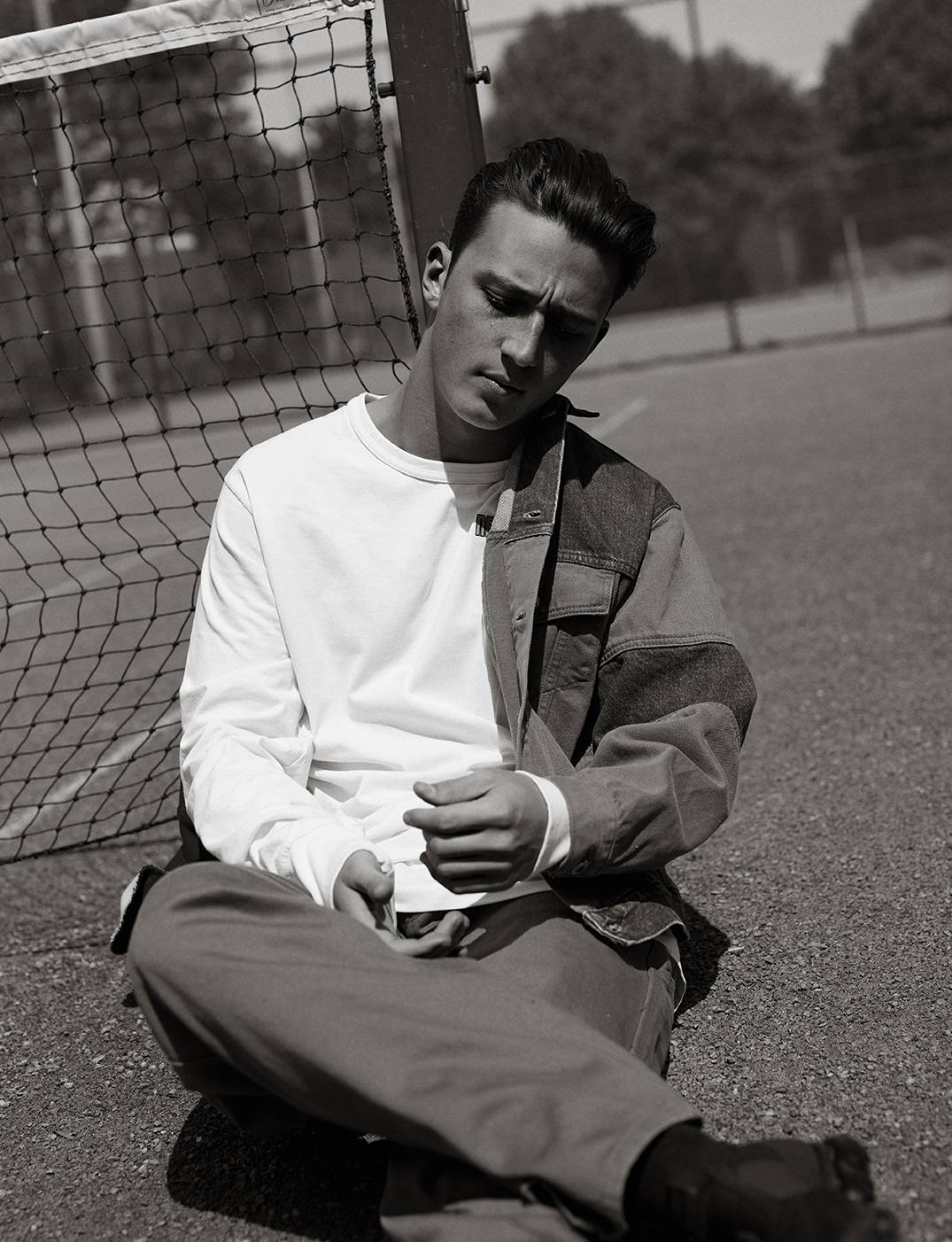 Zak wears top by URBAN OUTFITTERS, trousers by DICKIES and STYLIST'S OWN jacket. 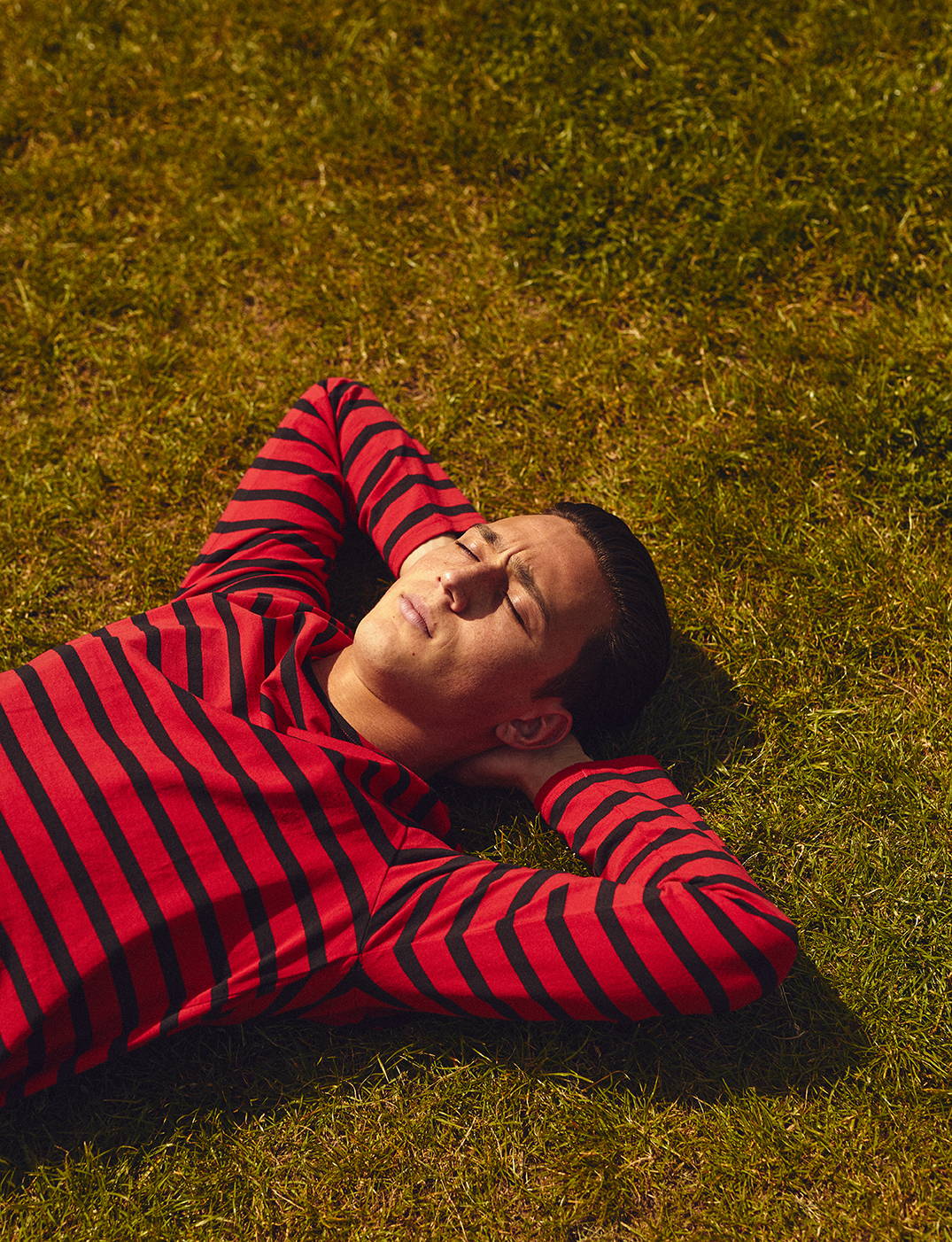 Grooming by OLIVER WOODS at THE LONDON STYLE AGENCY

Special thanks to MODELS1