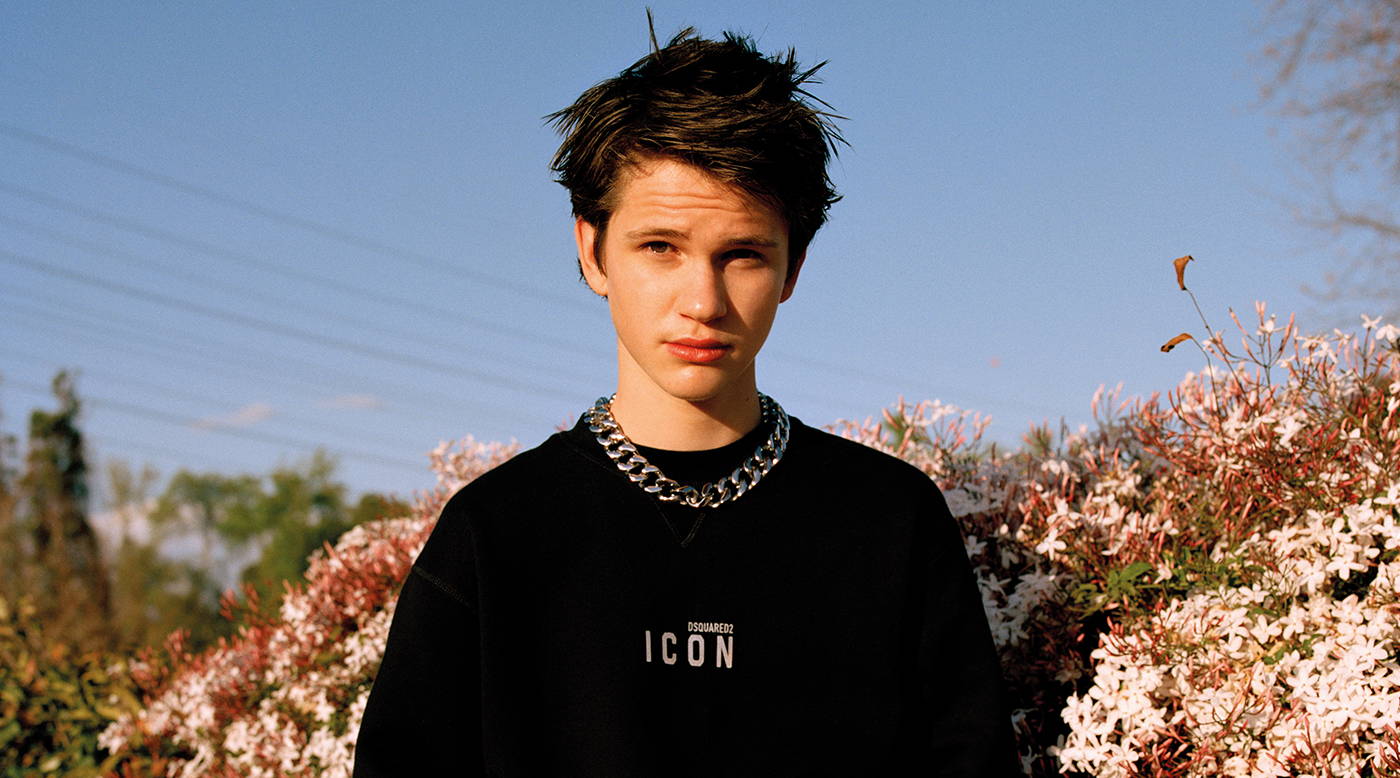 Up-and-coming actor Gabriel Bateman is back on screens starring in a new Apple TV+ series adaption of The Mosquito Coast. Working alongside acting veterans like Justin Theroux and Melissa George, Bateman holds his own in the TV remake, which is a prequel to the classic film and original novel.

Gabriel Bateman spoke with Rollacoasterabout his latest role, what he learned from Justin Theroux on set, and reflecting on his experience as an actor so far. At only 16, he has been acting professionally for nine years already. With experience under his belt, Gabriel is primed for a breakout role in The Mosquito Coast. 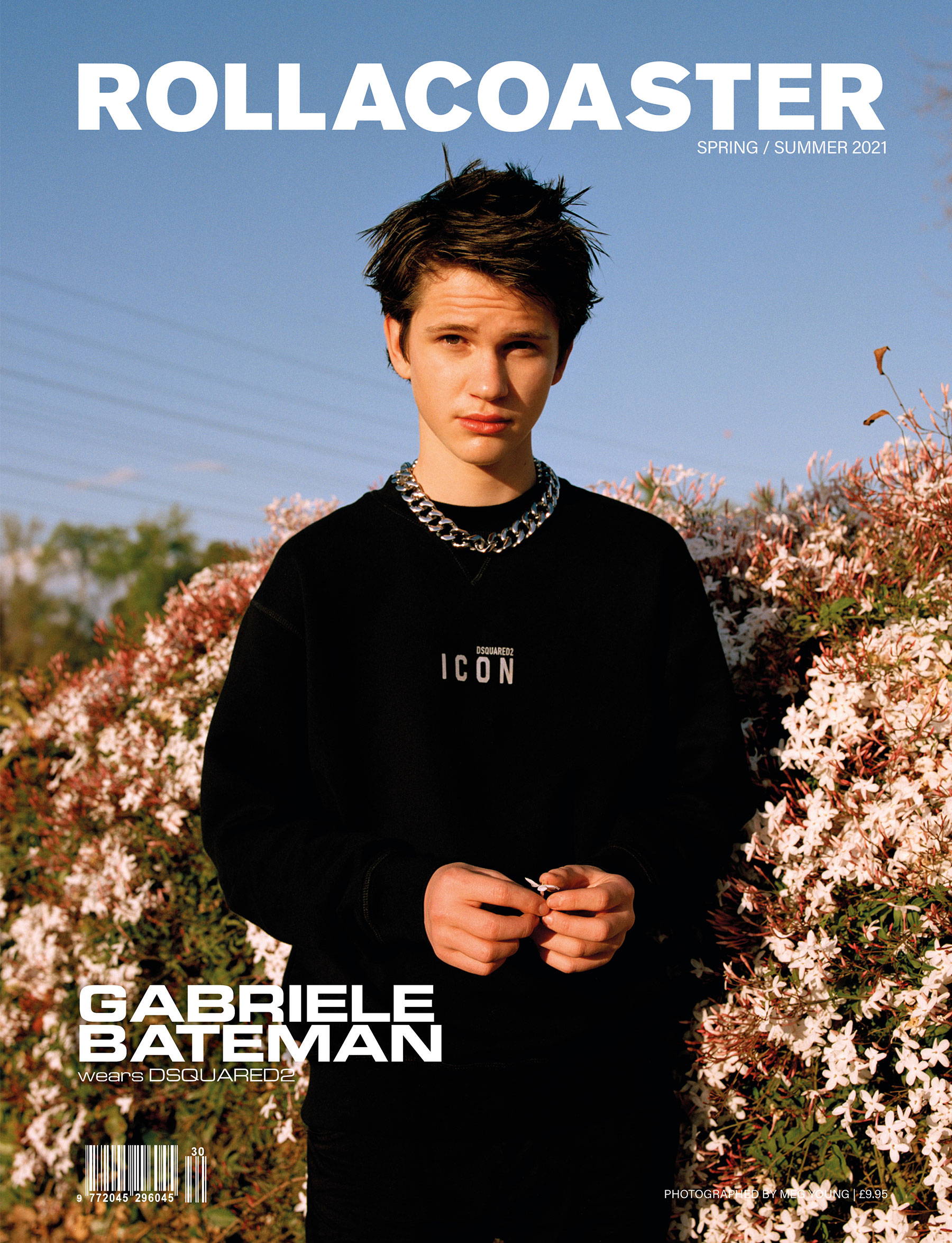 Henry Petrillo: What your experience like adapting to working through a pandemic?
Gabriel Bateman: 2020 was a crazy year for everyone. I think it will be a time in history unlike any other in my lifetime. I started the year out in Mexico filming a series called Mosquito Coast. We shut down in March and picked back up in September. When we returned to filming, we had a lot of protocol to follow but we really pushed through to get it filmed and finally finished right before Christmas. It was right down to the wire. So, strangely, I still worked over half of 2020. But the other half was weird. Not having anywhere to be or much of anything expected of me for the first few weeks was odd. It was cool just to be a little lazy. But that got old very quickly. I think the pandemic caused a lot of depression
HP: You’re starting in a new Apple TV series of Mosquito Coast - how was your experience working on the show?
GB: It was unlike filming any other show because of the pandemic. Lots of safety measures were taken. During both periods of filming our schedules were grueling. Add to that very intense scenes in some crazy environments, -deserts, abandoned car graveyards, landfills and bodies of water etc and you can get an idea of what it was like filming. The good news was we had a great crew. Everyone from Mexico was so friendly and helpful. Our writers, producers and directors were diligent and focused. The cast really cared about the show and we all worked to bring the Fox family alive.
HP: Did you use the original film of Mosquito Coast as a source of research for your role in the TV show?
GB: No, I didn’t really. We are a prequel to the book and movie and some of the characters are new or very different from the source material. Beyond that, I try not to let another actor’s interpretation or performance color my own.
HP: What aspect of your character in The Mosquito Coast did you most identify with?
GB: A lot actually. I come from a large family, which is different, but we were raised off the grid, homeschooled and funny enough in a town not far from Stockton where this takes place. Fortunately, we were not on the run. Charlie is a little more trusting than I am and makes rash decisions, but we are both sensitive and loyal to those we love.
HP: Any piece of advice that sticks out from older cast members while filming Mosquito Coast?
GB: I don’t know if there were specific words of advice, but I took in a lot by example. Justin has a great knack for finding the balance of having fun in between takes yet being professional and in the scene when the director calls “action”.
HP: As someone that started acting so young, why did you start and what makes you want to stay in the industry?
GB: I started on whim because my sister Leah was acting, and I thought it might be fun. It’s still fun but in a different way. It’s not the excitement of being in an adult environment and pretending, it’s the satisfaction that comes from breathing life into words on a paper. Crafting a character layer by layer as he evolves throughout a project is really rewarding. Brian Cranston once told me “Everyone is a storyteller. We are just lucky enough to have an audience.”
HP: What are you overall goals for the future?
GB: That’s a big question. I guess my overall goals are to take things moment by moment. To be open to learning from other people’s experiences and points of view and to try to effect change in whatever areas that I can for the better.
Gabriel Batemanwears DSQUARED2 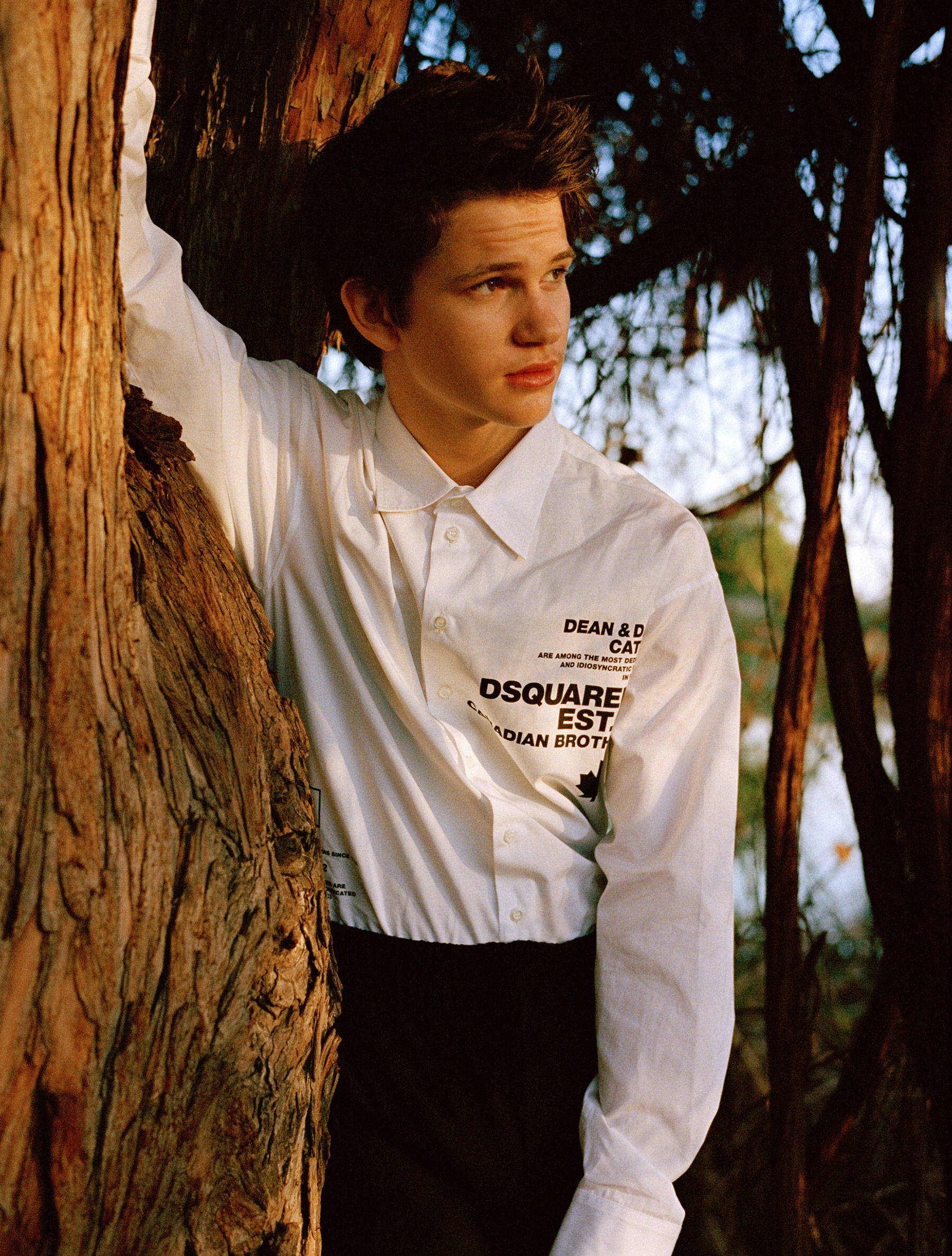 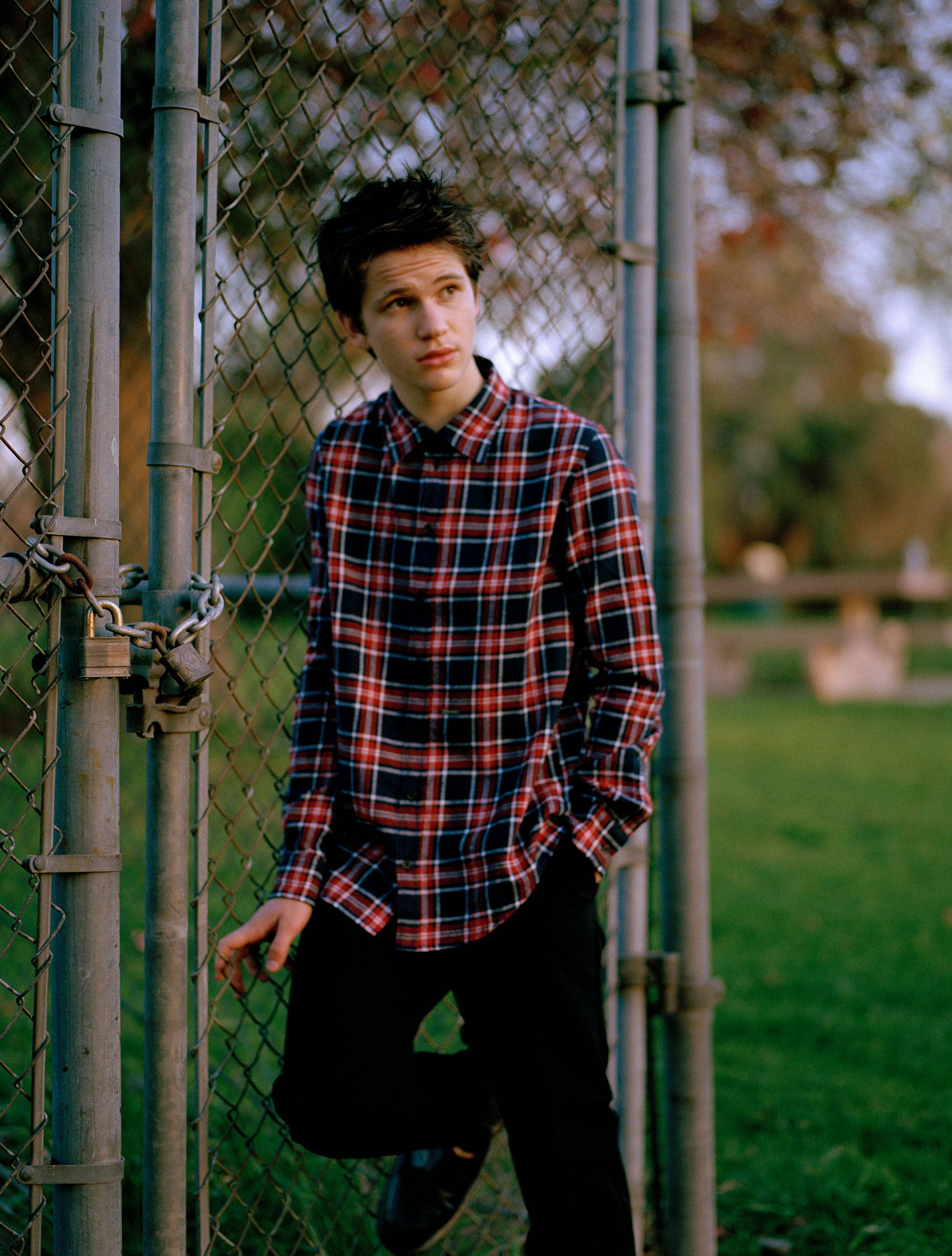 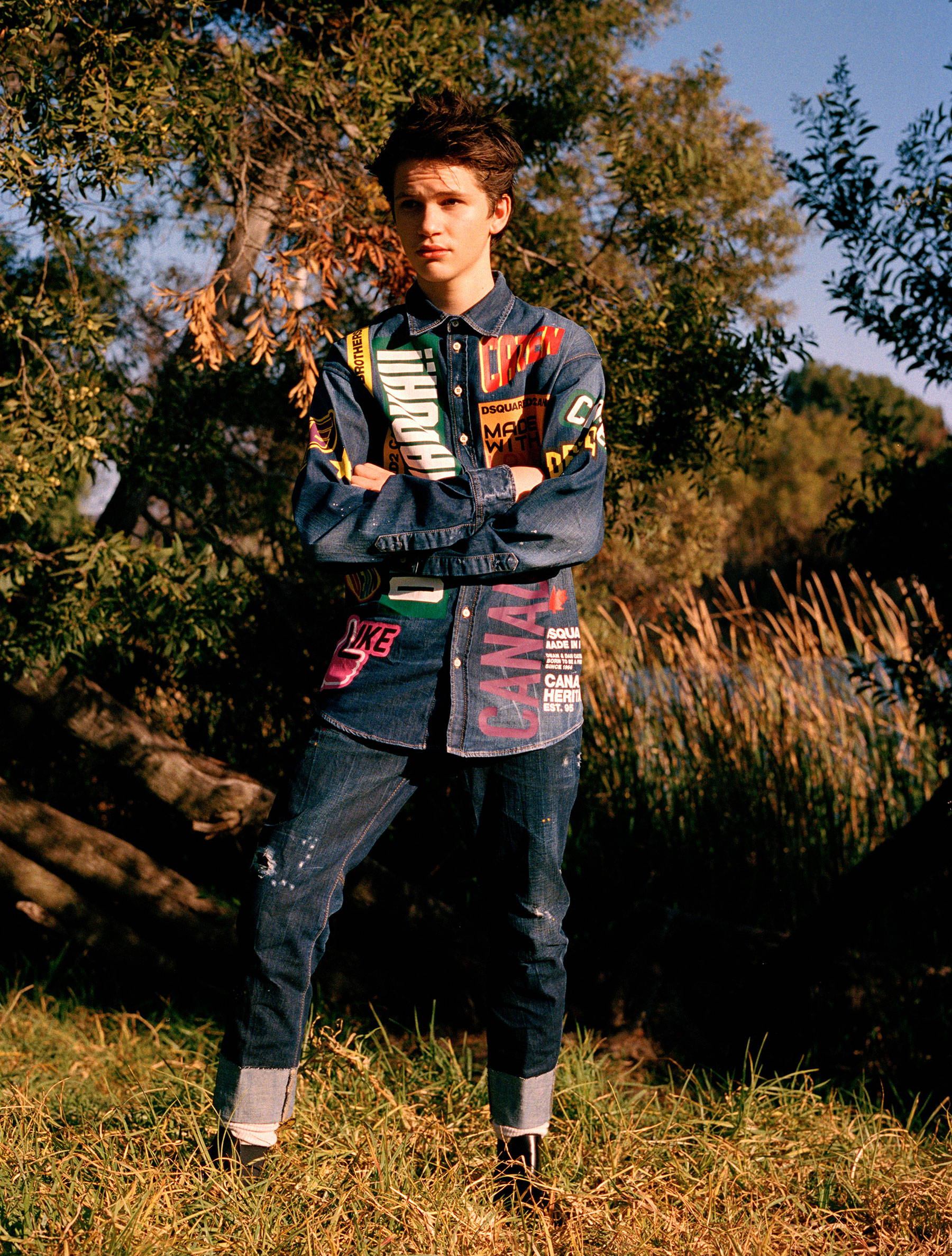